Powerful villains are important in Marvel, but only one bruiser could go toe-to-toe with the Hulk without a scratch. That man is Cain Marko. Who? Yep,  you might have guessed it, The Juggernaut. The superhero requires one thing to be a crime-fighting hero. Is it brawn, brains, beauty, big-power blasts? Nope, none of the above. The only thing required to make a superhero heroic is a supervillain to fight. The Silver Age created plenty of villains just for that purpose.

This villain is occasionally heroic, but in the early days was a pure bad guy. Juggie was powered by the Crimson Bands of Cyttorak. He is an unstoppable force and becomes the “embodiment of Cyttorak (Diety) his powerful avatar on Earth: Juggernaut.” 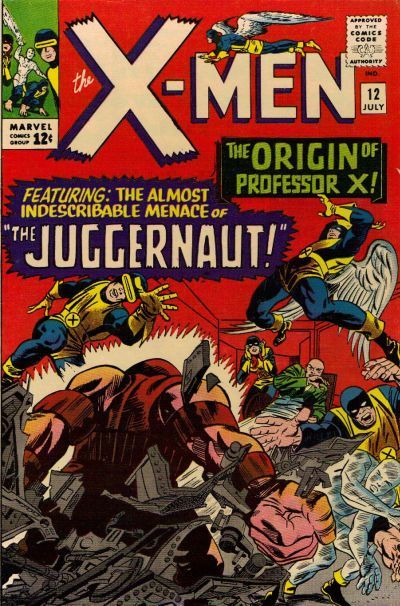 On the opposite end of this superpower spectrum is the villain Prowler. His powers? The Prowler has a purple battlesuit and powerful claws, which he used to be a petty thief until apprehended and convinced to do good by Spidey.  Unfortunately for these two, all the power in the world couldn’t help their first appearance comics maintain a prized position in the TOP 100 Silver Age books on GoCollect.com. How many ranks have these two supervillains fallen? What is their current return trend over the last three months? Finally, what does the future hold for these two characters?

Marvel’s Juggernaut has fallen 110 ranks to end at the  #164th spot. This comic is X-Men #12, surprisingly. It is a triple threat, essentially three keys in one, and it has the origin of Professor X and the first appearance and origin of the Juggernaut. It was created by Stan Lee and Jack Kirby in 1965. This is an old book and the primary key for two huge characters in the X-Men universe. Yet despite this status, the book has fallen significantly. Looking at it critically both of these characters have appeared in a ton of movies. Why repeat the same previously made movies? What return trends has this decline garnered? 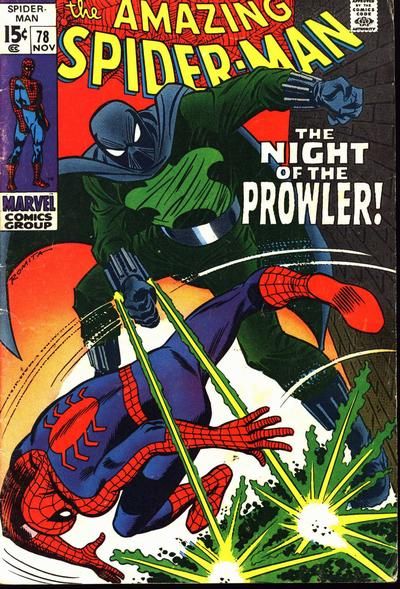 One of the books that caught my eye was Amazing Spider-Man #78.  He was created by none other than Stan Lee with the peerless John Romita and fearsome John Buscema on pencils.  Unfortunately, this book is on the downward spiral out of the Top 100 Silver Age comics. It has fallen 97 ranks, to land squarely on #139th as of the time of this writing.

This is the first appearance of The Prowler. This little-known character rocketed to stardom on the back of a new version of spider-man Miles Morales from the animation Spiderverse. I think this book has really gotten ahead of itself. After all, Prowler is not a major character. He is barely even a minor one from back in the day.  What do the trend returns show for this fallen villain? Further, is there hope of seeing him in a movie at some point?

The future of Prowler and Juggernaut seems in question to me. Movies tend to want to break the mold and do something new. Both these characters have appeared in movies recently. Why would Disney, or Sony bring them back again? My prediction is that it will be a while before we see these two on-screen anytime soon. However, both are prized Silver Age villains, we might see them again, eventually.

The Prowler breaks in only to find the house empty, the police on the way, and a

parking ticket on his getaway car. Yep, Prowler has seen better days, but negative -20% is a great entry point for long-term investing. After all, you can never go wrong with a book from the first volume like Amazing Spider-Man #78, despite the loss of value.

Conversely, Juggernaut slams forward trudging through multiple superheroes for a small gain of positive +2% with X-Men #12. The early Silver Age is truly in a league of its own. The rarity and collectibility are a huge advantage for any “speculative” villain that might want to invest in Silver Age books.

Did you know that GoCollect offers the FIRST concert poster price guide? Take a look today!

Hello Norman, I truly enjoy reading your blogs. However, I have to respectfully somewhat disagree with you. I understand your point of view on a 3 month return but hopefully nobody invest for just a 3 month return. From personal experience with X-men 12, I purchased a 5.0 for $375 on 3/7/20 and since then has seen growth up to 86%. I have also been keeping an eye on higher grades and almost all have doubled over the years. The other variable to keep in mind is the quantity of graded books. There are only 2,131 cgc universal grades according to their census. Recent purchases of lower grades have seen the highest returns. Sure, this book is not a quick turn around book (3 months). However, this book is a true investment book for long term growth. Lastly, with the appearance of Juggs in Deadpool 2, I believe at some point someone will decide he is one of the ultimate villains as he is not a Mutant and can cross over into both the Xmen and Avengers storylines. Thank you again for your blogs. I always enjoy reading them.
Eddie.
P.S. his power comes from the Crimson Gem/Stone not any bands.

X-men 12 just like all X-men property books have turned to Marvel Studios so as we seen Juggernaut appear in the Fox rendition with Deadpool isn’t going to matter as he will be introduced into the MCU which makes this book like all other x-men characters all massive potential upswing in prices still. X-men 12 has been one of my fav Xmen book and glad I got in early to grab a few higher grades before the boom started

I have to agree with Eddie above. This book sold for a record $6,000 dollars in 9.0 just last month. This book, and most early X-Men books are on fire right now and you’re not convincing the collecting community otherwise.

You forget the prowler is Miles Morales’s uncle and could be a huge part of that story. To me it’s a buy and hold. I paid $300 for a 9.0, this could be the uncle Ben of the mcu.

I really like both of these books specifically because they aren’t soaring. They have no where else to go but up. Especially the Juggernaut, there aren’t too many X-Men characters as big as he is, no pun intended. You can never go wrong with Stan Lee and Kirby Silver Age books.