The next rendition of Wonder Man should be fun because director Destin Daniel Cretton can tell a good story; he proved that with Shang-Chi. This has a significant impact on Wonder Man’s key comics.  What comic books are important for Wonder Man? How important is this character to the Avengers?

At one time, the Avengers had a ton of auxiliary members. It would have been easy to have three or four separate teams of Avengers and each with a full roster. On that roster, I would definitely put Wonder Man as a top choice. An early Avenger from the get-go he is a little redundant, which is probably why we haven’t seen him in a movie. However, he would work perfectly for a TV series on Disney. The latest news on Thursday has Marvel confirming a writer and director have been assigned to Wonder Man. The creative director talent behind Shang-chi and a seasoned writer are taking on Wonder Man as a comedy. Wonder Man is the “Missing Avenger!”

During my formative years, I read quite a few comics. I read most of the Avengers comics available at that time. They were the team my friends really liked. The Avengers in the 1970s early 80s was great fun. A little bit campy, but great story development and lots of team action. Part of why I had no trouble betting on Marvel Comics a decade ago is that I knew from my childhood how deep a bench of stories they possess. That was never more true than with Wonder Man.

Wonder Man has been in a love triangle with Vision and Scarlet Witch. He has died on multiple occasions and been reborn. He was a founding member of the West Coast Avengers, and so on. The character was a regular part of the team back in the day; however, he seemed kind of redundant next to Vision, Thor, and Hercules. Essentially, he is Superman without the speed and makes for an interesting kind of brick character.

When did this guy first appear and what books might be popular now? 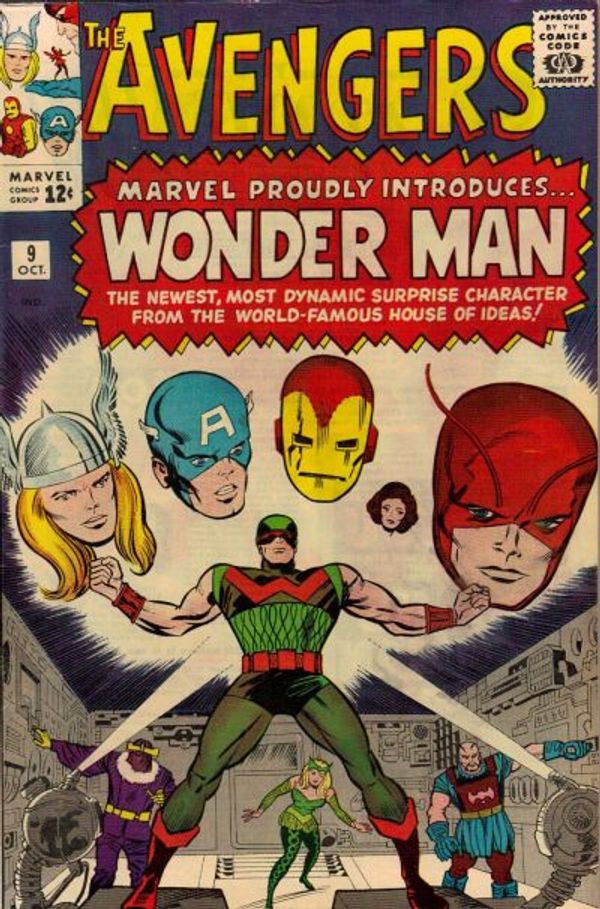 Simon Williams – Wonder Man’s identity. He first appeared in Marvel Comics in Avengers #9. Up until recently, this book was selling at a huge discount. Now, the price is going up. Why? Simply because people are aware there is a Marvel TV show being made and Wonder Man is going to have his own show. This comic sold for $2,500 in grade 8.5 last February 2022. This was a $1,000+ increase in price from a year ago. Not bad. 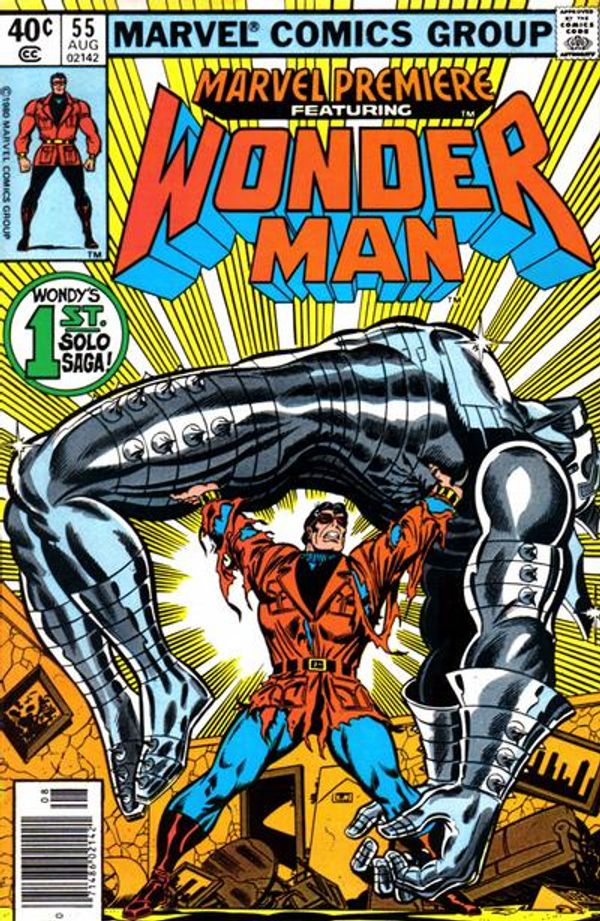 His second big key is Marvel Premiere #55 the first Wonder Man title comic book. Marvel Premiere #55 has a great cover and is a fun read. It has doubled in value from one year ago but is still cheap a significant key book for this character. Buy one while you still can!

This could be a fun character with the right kind of writer. He would really work well on TV series and the cost would be minimal. In fact, you could film it dirt cheap like they did with the Hulk in the 1970s, showing his super strength and invulnerability while using nothing but old Hollywood tricks from the 70s. Wonder Man is ideal for TV and the showrunners know it!

Missing no longer, Wonder Man, the Avenger, is slated for TV. With the right director, he will win the hearts and minds of the American people this fall.

If you had read comics from the 70s and 80s; then you would know that this character should never have been left out of the Avengers in the first place. Much of his backstory intertwines with Vision and Scarlet Witch among others. Whatever the case may be, he was one tough cookie to have on the Avenger roster back in the day.

Wonder Man has been missing the last few years from the Avengers lineup in the MCU. From a speculation standpoint, he is an easy layup; think of him as the “last Avenger” to invest in on the cheap. With this new catalyst to propel the price of his primary key, Simon Williams is missing no more!

Keep up with all things Wonder!

Oddball of the Week: Bouncing Boy

You might want to correct whatever grade you meant on the Avengers #9 9.8 sale because it definitely wasn’t a 9.8.

Simon Williams, the Man of Wonders! I been waiting a long time for this! I was beginning to think it would never happen. Been a fan of him since the late 70s. I own Marvel premier 55 but I had a chance to buy Avengers 9 for a 100 bucks. I regret not doing it.