WOLVERINE: JAPAN’S MOST WANTED is free in December 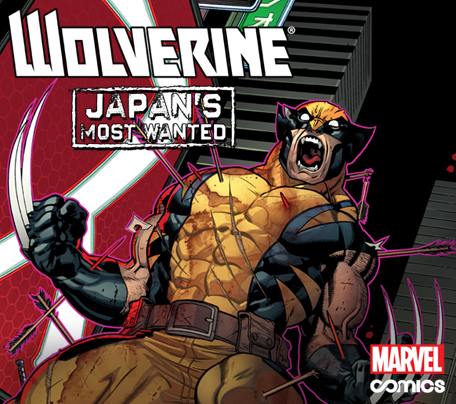 Media Release — Journey to Japan with Marvel’s most dangerous mutant in the groundbreaking Wolverine: Japan’s Most Wanted Infinite Comic available FREE during the month of December!

Starting with comic on-sale December 6th, Wolverine: Japan’s Most Wanted #1 will be available for FREE with the redemption of any Marvel comic containing a free digital code! When you redeem a digital comic code contained in select Marvel Comics, you’ll receive a digital copy of that same comic in the Marvel App as well as a FREE copy of Wolverine: Japan’s Most Wanted #1 – the first chapter in the 13-part digital comics epic!

Suit up with superstar creators Jason Aaron, Jason Latour and Paco Diaz as they take Wolverine on an adventure unlike any other! Stranded in the far reaches of Japan, Wolverine must slice his way not only through deadly hordes of ninjas, the Silver Samurai, and his arch-nemesis Sabretooth. Yet even when he’s outmanned, outgunned, and on the run, Wolverine is still the best there is at what he does!

Wolverine: Japan’s Most Wanted is designed specifically for mobile devices and fully embraces the technological opportunities – while staying true to the medium’s strengths. Available right at your fingertips, these new Wolverine: Japan’s Most Wanted will be available for purchase this February on the Marvel Comics app (for iPhone®, iPad®, iPod Touch® & AndroidTM devices) and online in the Marvel Digital Comics Shop!

To find a comic shop near you, visit www.comicshoplocator.com or call 1-888-comicbook.
For comics anytime, anywhere check out comicstore.marvel.com and www.marvel.com/mobile

Marvel Entertainment, LLC, a wholly-owned subsidiary of The Walt Disney Company, is one of the world’s most prominent character-based entertainment companies, built on a proven library of over 8,000 characters featured in a variety of media over seventy years. Marvel utilizes its character franchises in entertainment, licensing and publishing. For more information visit www.marvel.com