What Can We Learn from the Collapse of the Eternals Comics?

Fads come and go, and superheroes are not the exception to this simple little truth. Lately, Marvel has been pushing some little-known superheroes like the Guardians of the Galaxy, She-Hulk, and of course, last year’s flavor of the month, The Eternals. Now, I am a huge Marvel fan and would like to understand, why is Marvel pushing characters or books that have only a niche following?

The answer is Iron Man. What? Yep, the Iron Man movie in 2008 was so successful (currently over half a billion dollars box office) that Disney decided to “release the Kraken” a.k.a. the entire Marvel Universe. The result is 14 years and 29 films later and billions generated in revenue.

So then Marvel starts pushing out anything it can, including niche superhero teams like Eternals. What does this mean for Eternals comic books? Have they held up in value or been abandoned by the speculator crowd? What happened to the Eternal comic book speculation frenzy after the movie?

They (Eternals) are the genetically engineered lab rats seeded by the cosmically powerful Celestials. Oh, and the rest of humanity worships them as gods. For some reason, they chose to leave the evil Deviants as well, as if humanity didn’t have enough problems. But of course, to counter this oversight, the Celestials create Earth’s protectors, the Eternals. It is essential to the Ancient Astronaut theory, which was so popular at the time.

The film did well; it seems anything Marvel puts out has an instant following that buys tickets. In this case, the box office was $402 million. But how have Eternals comics fared in the post-premiere movie speculation? 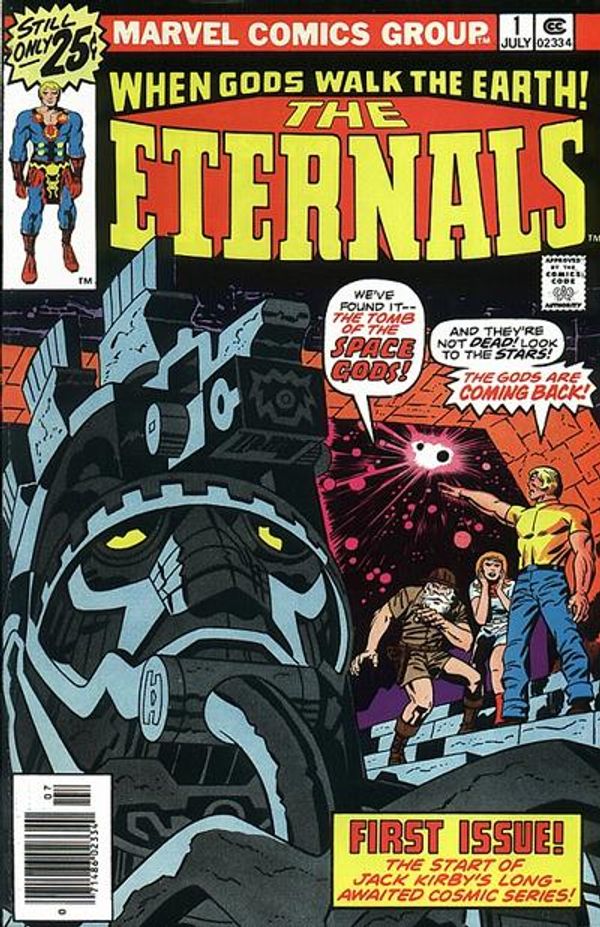 This comic book is the first appearance of The Eternals. It was created in 1976 –  a time when ancient astronaut theory was fun and the talk of teenagers everywhere. “The King,” Jack Kirby, was the artist, editor, scriptwriter, and author of this comic book. It is fair to say he made Eternals.

He continued similar creation at Marvel of the New Gods material that was canceled out from under him at DC Comics, and thus, The Eternals was born. This comic only lasted 19 issues, not including the annual. But the comic had definitely seen a bump up from the recent movie. 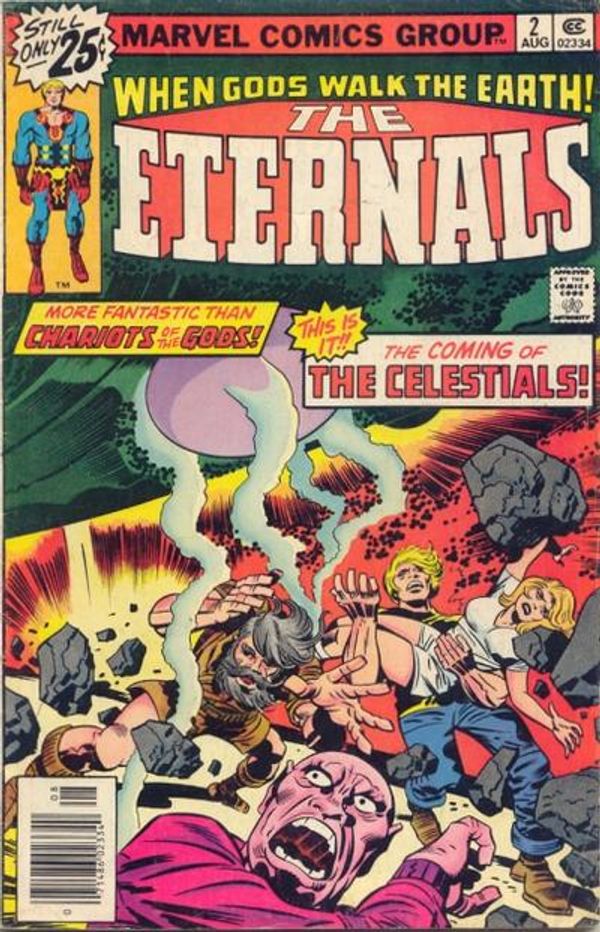 This is also a Kirby book and is the second appearance of Eternals but the first appearance of Celestials (their creators). With over 1300 sales on GoCollect.com, this book managed to garnish as much attention as its first appearance. I will give Kirby this; the Celestials are a truly cool idea and somehow work in the Marvel Universe.

If we bottom line this analysis to its pure essence, profit over pragmatism, then we have seen a massive decline across the board for this Bronze Age beauty. Eternals #1 has declined over -80% since the year of the movie premiere. To put this in context, that means if you had invested $3,676 (the highest paid amount in 2021), then you would have lost close to $3,000 on this comic book as a long-term investment. That is one helluva a lot of Quatloos, boys and girls.

Not to pile on, but rather as additional support for the lack of efficacy of Eternals comics, the second appearance of Eternals #2 lost around $2,400 in that same timeframe. The ancient astronauts sure aren’t good for the bottom line.

Whenever you invest in collectibles, think about their original reception. Was the comic popular back in the day? Any comic books like the Eternals that were unpopular and did not survive, I try to avoid. Now, I did buy and sell Eternals, but only at a huge discount with easy profit.

Basically, if the book can’t stand on its own merit initially; then why bet big money on it 40 years in the future? Fads come and go, but iconic characters make the best comic speculations.

I used to think that as well, but what’s becoming more apparent to me spec-wise, is how well the movie uses the characters to connect to the audience. How well received the characters are is a much bigger indicator of whether the spec will last beyond the initial appearance in the movie or series.