So much of comic book collecting and investing nowadays is dominated by modern books.  With the endless variants, store exclusives, and first appearances of ultimately insignificant characters, many investors, especially those who prefer older books, often feel ignored and left out of the conversation.  Fortunately, we here at GoCollect are here to help!!  Every week, I am going to provide speculation recommendations for silver, bronze, and copper age books for a chosen topic.  This week, we are going to talk about the god of thunder, the crown prince of Asgard, the Mighty Thor! 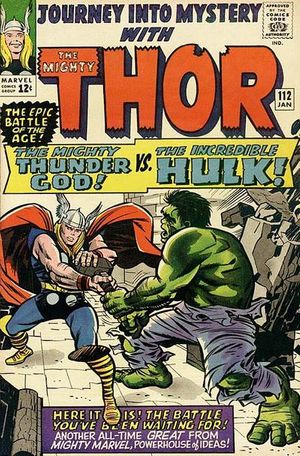 This book is absolutely loaded with value and different ways to obtain a strong return.   First off, it contains the first appearance of Laufey, Frost Giant king and father of Loki.  Laufey is certainly not the most popular character in the world, but he is incredibly important to Loki’s story and thus has some significance.  Second, the book contains Loki’s origin story.  Origin issues are usually only valuable when it comes to significant characters and Loki definitely qualifies as significant, especially of late.  More than a third of Loki’s comic book appearances have been in the last ten years.

Finally, this book features the very first fight between Hulk and Thor.  The debate over which of these powerhouses is stronger has existed for decades and encompassed TV shows, films, video games, and dozens of comics.  Just this year Marvel published Banner of War, a crossover all about Thor and Hulk fighting.  Hulk vs Thor is a staple of Marvel Comics and the last 60 years have certainly shown Marvel has no problem going back to that well.

Graded Analysis: This is a weird one.  For copies graded by CGC at 9.4 or above, prices have been fairly consistently declining for over a decade.  Meanwhile, copies graded at 9.2 or below have all been enjoying consistent upward trajectories in FMV. 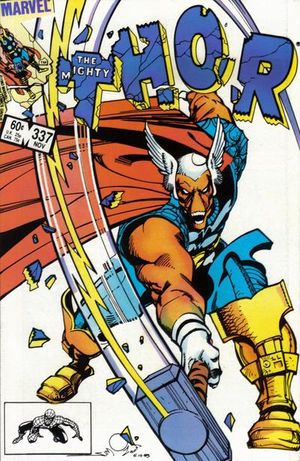 This is one of the safest possible Thor investments out there.  Thor #337 features the very first appearance of fan-favorite character Beta Ray Bill.  The strong love of the character, combined with the iconic and frequently homaged cover, ensures that the book will always have potential buyers.  Furthermore, this book marks the beginning of Walt Simonson’s iconic run with Thor, a run that many collectors strive to complete.  That collectability is a huge boost to this book’s value and gives it a really strong floor for its value.

Graded Analysis: The FMV for this book in basically every grade is fairly erratic because Beta Ray Bill is a constant subject of MCU speculation.  Investors will want to exercise some caution and make sure they are buying at the right price and time. 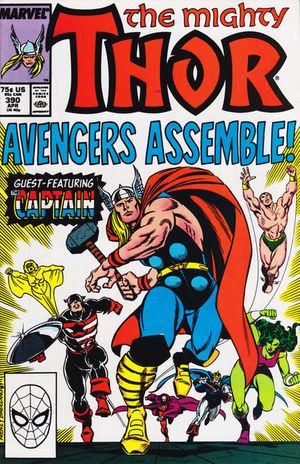 I struggle to think of many moments in the MCU more beloved than the moment in Avengers: Endgame when Captain America first wields Mjolnir.  It is an iconic scene in a film that capped off more than a decade of novel storytelling.  This was one of the most triumphant moments in any Marvel movie and I suspect will have incredible staying power.

Graded Analysis: Unlike a lot of MCU spec books, Thor #390 has done an incredible job of maintaining value long after the movie buzz is gone.  The FMV of CGC 9.8 copies has increased by almost 400% since 2015 and has demonstrated a remarkable resiliency amidst record inflation.

That’s all for this week folks!  I hope you enjoyed this article about Odinson!  Let me know what you thought and if you have any suggestions for this article or future topics.  Next week, we tackle the Jade Giant, The Green Goliath, The Incredible Hulk!!!

I have Some of Thor books I inherited I need to check and See who wants them?

I have silver age comics I am trying to sell two thor two iron man and around thirty dc comics Superman series batman suicide squad metal men ECT. Also 16 book complete chronical series and some others all I feel ok are at least 5 grade or better