Concert Poster Gems from Heritage’s January 28 – 29 Entertainment Showcase Auction
Different Ways to Sell Comic Books & Collectibles Pt 3: Mid-Range Auction...
Hottest Comics: Cable’s First Appearance Edges Out Hulk #181 and FF #48
Weekly Silver, Copper, & Bronze Age Spec: Ghost Rider
Skybound is Opening Up For Investors – Would You Invest With Them?
The Comics That Every ’80s Kid Had to Have
Action Comics #1 “Rocket Copy” Sells for Record $3.5 million
Oddball of the Week: Lady Deadpool
Has Uncanny X-Men #120 Overcorrected?
The Sports Cards That Every 80’s Kid Had to Have
ComicsInvestment SpeculationRecent

One of the single biggest drivers of comic book speculation nowadays is the MCU.  From major characters like Spider-Man all the way down to D-listers like Frog Man, the MCU has fundamentally changed the way people look at comic books.  The goal of this article series is to provide investors of all stripes with some well-reasoned speculation opportunities so they can be one step ahead of a constantly shifting marketplace. So for this issue, let’s talk about Guardians of the Galaxy 3! 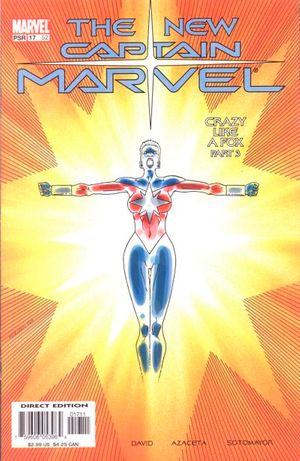 This book features the first full appearance of Phyla-Vell, a galactic savior created from the cells of the Original Captain Marvel, Mar-Vell.  Phyla has only been in comics for 18 years, but she has done a lot in that time.  Amongst her accomplishments are helping to defeat the Annihilation Wave and foiling the galactic conquest of Ultron.  Her fascinating origin, visually distinct powers (she can create cosmic swords!!!), and general awesomeness make her a strong bet for the MCU.

Graded Analysis: After a report emerged that Phyla was set to join the MCU, interest in this book surged.  Since then, prices have largely been on the decline.  All that really means, however, is that now is a great time to buy low.  A character like Phyla could be a tremendous hit with audiences and have some real staying power.

Fun Fact: This book was edited by Andy Schmidt, who was one of the chief architects of Marvel Cosmic’s creative renaissance in the early 2000s.  For those interested in learning more, I recommend this fascinating article. 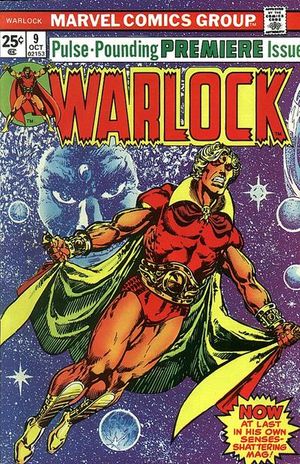 With Adam Warlock set to appear in the MCU, his evil future self, the Magus, is likely not far behind.  As user Sean has mentioned once or twice in the comments, the Magus’ first full appearance is not in the pages of Strange Tales #178, but rather in Warlock #9.  This book has tremendous potential as a buy-low opportunity that could receive newfound attention if / when Magus makes his MCU debut.

Graded Analysis: This book is up all-time in most grades, especially lower ones.  That’s good news for those who are interested, as the FMV for a CGC 9.8 copy is $1350, while for lower grades the buy-in cost is substantially lower.  For the most common grade in the census (9.6), the FMV is $170.  Ignoring one massive outlier from a heritage auction in 2008, 9.6 copies are up substantially all-time.  Close to 200% in fact.

Fun Fact: The only reason Jim Starlin, architect of Marvel Cosmic’s golden age, only worked on this book because he could never get a consistent inker on Captain Marvel. 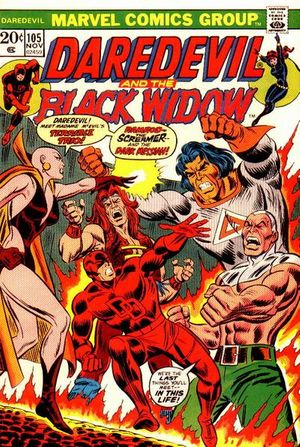 Moondragon first appeared in the pages of Iron Man #54, going by the name “Madame MacEvil”.  Needless to say, she was not exactly a nuanced character.  That, however, would change very soon.  In the pages of Daredevil #105, writer Steve Gerber renamed the character “Moondragon” and fundamentally changed the character forever.

Moondragon ultimately became a key figure in the history of Marvel Cosmic and the journey to that significance started in the pages of this book.  This book is a great alternative investment for those who do not want to pay much higher prices for the first appearance.  With many of the actors who play the MCU’s big cosmic players set to retire, Marvel will need to find new characters to tell stories about.  Excellent characters with a wealth of interesting stories, like Moondragon, seem like good bets.

Graded Analysis: This book has an erratic, but generally upward trend in FMV in most grades, meaning there are definitely opportunities to buy low or sell high.  If the character does ultimately make it into the MCU, profit margins could be substantial.

Fun Fact: At one point Moondragon literally turns into a gigantic dragon.  Phyla-Vell then rides her with a gigantic space-sword in her hand as they fly off to destroy the disciples of Ultron.  It’s awesome.

The Predators return this March in PREDATOR #1

Not sure where you getting that the first full appearance of Magus is in Warlock 9. Nothing I’ve seen indicates that. Key Collector, Covrprice, the CGC label on my Strange Tales 178, and even your own site all say 178 is the 1st appearance of Magus. Warlock 9 is the origin of Magus. There’s no distinguishment, that I’ve seen, regarding a first cameo and first full appearance of the character. In fact, if you look through 178, Magus appears throughout. He’s also in 179, 180, and 181. I’m guessing some of the confusion is, just his Wizard of Oz-like afro head appears in 178 through most of 181, and you see him in full body in Warlock 9. However, he appears in full body at the end of 181.

Like you said, he was only a green afro head in Strange Tales #178. It wasn’t until the last panel of Strange Talesb#181, that we actually saw what the Magus looked like (just like the full body last panel cameo appearance of Wolverine in Incredible Hulk #181. It wasn’t until Warlock #9, that we actually saw the Magus full body for more than one panel. Just like the early appearances of HIM, the Magus doesn’t fully appear at first.

Sorry about the typos. I meant Incredible Hulk #180, of course.