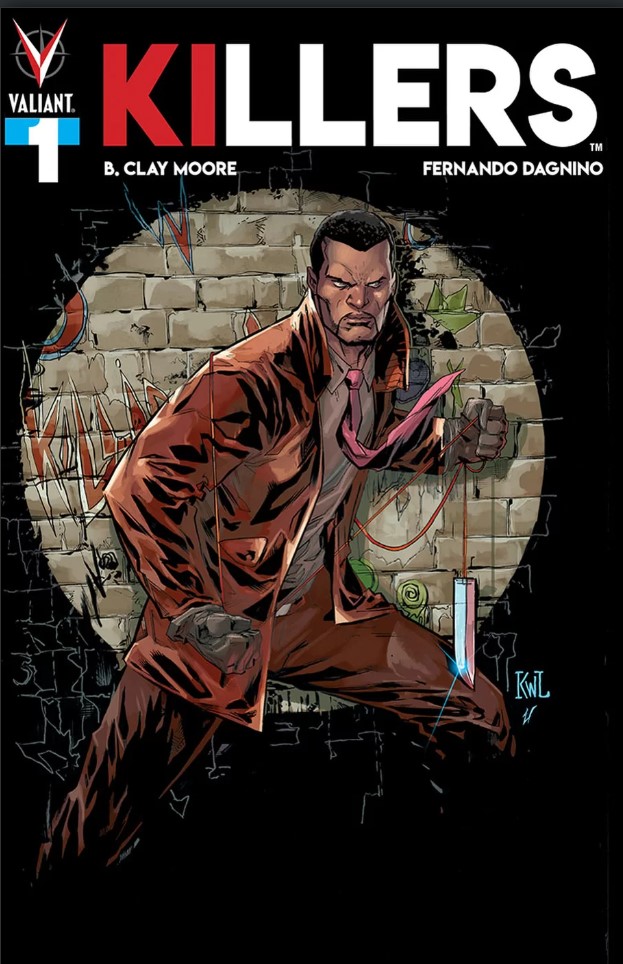 The kind folks at Valiant Entertainment have supplied ComicList with their solicitations for comics and other products featured in the May 2019 Previews, scheduled to ship starting July 2019.

Five deadly assassins are recruited into a game of cat and mouse by their former sensei, the mysterious Jonin!

But what does the Jonin want from them, and what do they gain out of helping him?

Each of these assassins can channel their ki—the spiritual energy within all beings—in different ways, granting them incredible powers, essentially making them “superninjas”!

After an explosive escape from a cosmic prison, the team of amnesiac astronauts needs to find a way home!

But where is the ship that brought them here in the first place? And just who are these Psi-Lords they keep hearing about?

It’s a deadly scavenger hunt around the Gyre in search of a way back home, but this cosmic ring of decaying ships hides many threats within its aging walls!

The mind-controlled Bloodshot enlists the help of the Church Fallen to further his nefarious plans!

Rai comes face-to-face with the animalistic hybrids of the Kor’Tunga clan!

Can Rai stop the resurrection of Father, his greatest enemy, before it’s too late?

Written by VITA AYALA
Art by KANO
Cover A by KENNETH ROCAFORT
Cover B by PAUL RENAUD
Cover C by RAHZZAH
Pre-Order Edition Cover by KHARY RANDOLPH
Wanted fugitive Livewire reveals that the Psiot Security & Education Program is the evil organization OMEN to the world!
Will Phoebe Daniels choose to defend OMEN or go with Livewire and fight?
Find out in the climactic final issue of the second Livewire story arc, “Guardian”!
$3.99 | 32 pages | T+ | On Sale JULY 24th

Punk Mambo faces off against a sinister sorcerer!

What does Azaire want with the loa he’s collected?

Mambo reaches deep into her bag of tricks to level the playing field. Sex magic may or may not be involved. But voodoo dolls definitely are.

Before Vin Diesel’s BLOODSHOT hits the silver screen in 2020, experience the hit series that debuted Valiant’s nanite-enhanced commando with this essential standalone volume!

The only thing standing in her way is the Eternal Warrior and Geomancer.

Can the duo of heroes protect the planet from a seemingly unstoppable extraterrestrial foe and her army of the undead?