The two supernatural comic book chartbusters of  2021 were Marvel’s Ghost Rider and DC Comic’s Swamp Thing. Why are these two supernatural anti-heroes dominating the charts? After all,  the Swamp Thing’s TV series was canceled. The same goes for Ghost Rider; we haven’t seen him since the muscle car phase in Agents of Shield. Essentially, what we have are two supernatural “brothers from another mother,” Ghost Rider, and Swamp Thing. In grade 9.8, both of the first appearances of these characters are selling for top dollar. These two books from the Bronze Age (9.8 grade) represent the “creme-de-la-creme” of comic book investing for that era. It doesn’t get much better.

What can we learn from these supernatural storylines and their ascension to the highest sold books in the Bronze Age during 2021? Can these big make keys help us make decisions further rung say in the lower grades, or even different keys from the same era?

The Bronze Age was a time of exploration and pushing the limits. With the comics code opening up restrictions, the sky was the limit for creatives of this period. They immediately began pushing back against the censorship of the previous two decades. That is how you wind up with demons that ride motorcycles and swamps that have avatars. What can we learn about the Bronze Age and investing in comics from these mint comic books sold in 2021?

Ghost Rider and Swamp Thing, Peas in a Pod?

Two of the biggest supernatural heroes from the ’70s are dominating their comic book market. Marvel Spotlight #5 the first appearance of Ghost Rider burst $250K last year and House of Secrets #98 almost broke the 100K ceiling.  This shows that there’s a bent in the creative world towards supernatural characters and that we are quite possibly going to see more of them in the future.

DC Comics has Dark Justice League and the Marvel side of the house will probably link up with Sony for some kind of Midnight Sons-themed TV show or movie. Both are popular supernatural characters, almost iconic, and both could blow up the big screen and start a slide toward the darker side of Marvel and DC. Perhaps a much-needed respite from superheroes in spandex?

70s Horror is Here to Stay!

The supernatural genre should be in your basket of goods this year, at the very least. I am a huge fan of this generation of horror. It’s really overlooked in value and, combined with the incredible art and characters, could usher in a new era of comic book films.

The classical nineteenth-century villains were used at Marvel and lined up against fan favorites for a showdown. It was actually a lot of fun, you had serious run-ins like the X-Men versus Dracula. Also, Frankenstein versus Iron Man, it was actually pretty fun as a kid to read those. I always enjoyed it and thought it was creative and interesting.

By following the bigger keys we might be beating the crowd to the chow line, so to speak.  If our premise is near mint to mint it hints at a greater directional shift of the studios and movie producers that might allow us to ride the same wave. This is obviously a gamble and a guess. Sometimes, big investors get the lead on the little guys and have contacts or friends in the industry that alert them to “done deals.”

On the other hand, it could just be a rabid investor second-mortgaging the house for a chance to own history. You never truly know which is why they call it speculation. However, there is a ton of talk in the comic book community about Midnight Sons and the Dark Justice League. Either of these or both would probably score big with the millennial generation. 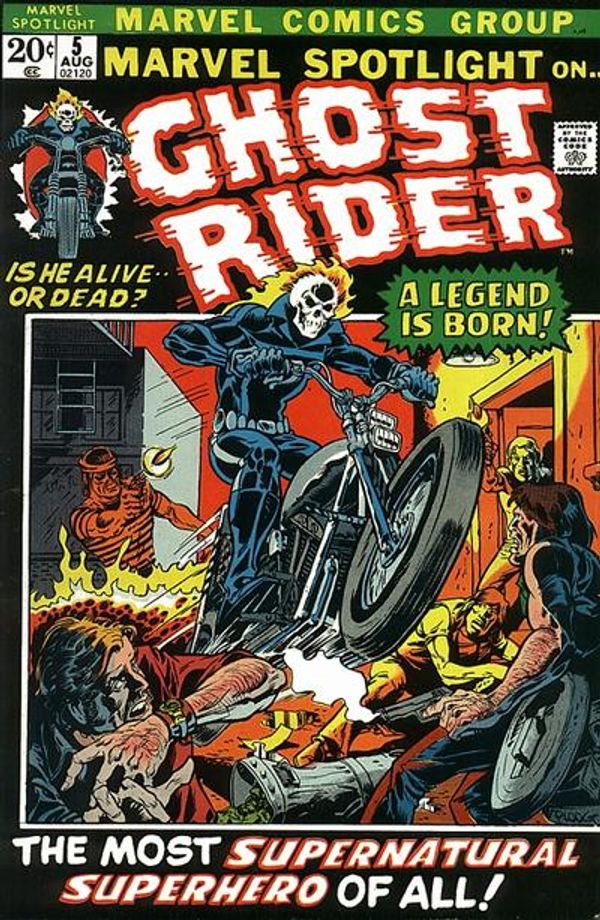 Currently, Marvel Spotlight #5 is going for around $925 FM V in grade 2.0. I think this is a big book going forward. I put my money where my mouth is and have profited off this character already. If the value of a 9.8 is well over a quarter-million dollars, then 9.6 selling for $43,000 is probably undervalued. Don’t be left in the dust as the Rider roars up the profitability highway busting radar readings and record comic sales.

Likewise, House of Secrets #92 from DC Comics is almost at $100,000 in value for a 9.8. The grade 9.6 goes for well over 26k also undervalued. My suggestion, wade into this swampy investment. Why? Because they’re not making any more of these and Swamp Thing is a very popular character. In addition, he was created by renowned horror artist “Master of the Macabre” Bernie Wrightson. So this book is a triple threat, undervalued, popular, and the creation of a master artist. 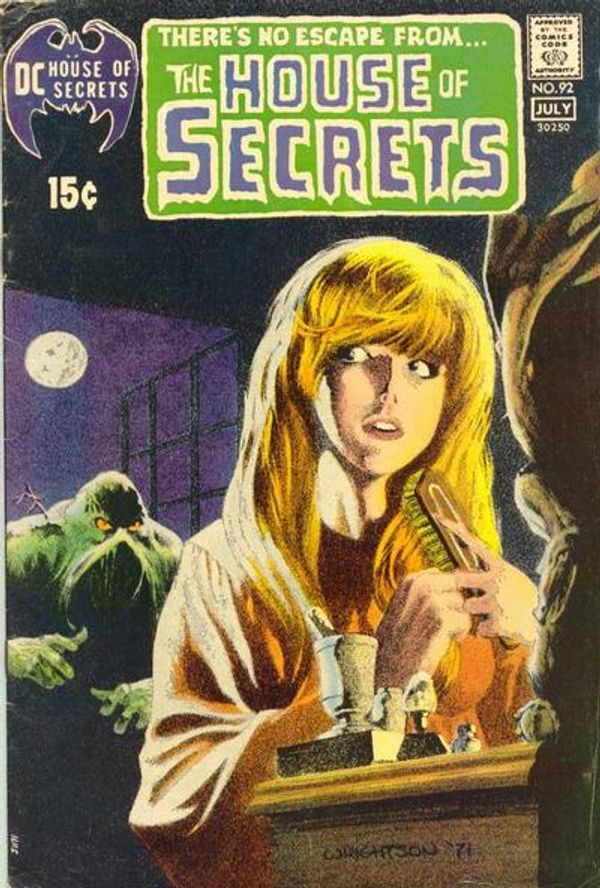 Hot speculation can be addicting and people will go nuts when the hype hits the social media byways. Either or both of these key supernatural books would be a solid bet on the future. Often enough, comic book prices are not value-driven; but they are speculation-driven. It only lasts a couple of weeks so you have to move fast.

In fact, one of my wholesale contacts in the comic book world believes that you have about three weeks to flip a book in a speculation frenzy. So, when you chase those hot books down; don’t worry that’s not the hellfire of Zaranthos making you sweat. No sir! That is just pure greed driving up your body temperature. Using big keys as “tells” for what is going to happen to a character or franchise is speculation pure and simple. While speculating I like to remember the old adage, “caveat emptor” (buyer beware!) with every purchase.

The Benefit of Buying Comics In Bulk

Why Would Multiverse Of Madness Kill [SPOILER]?