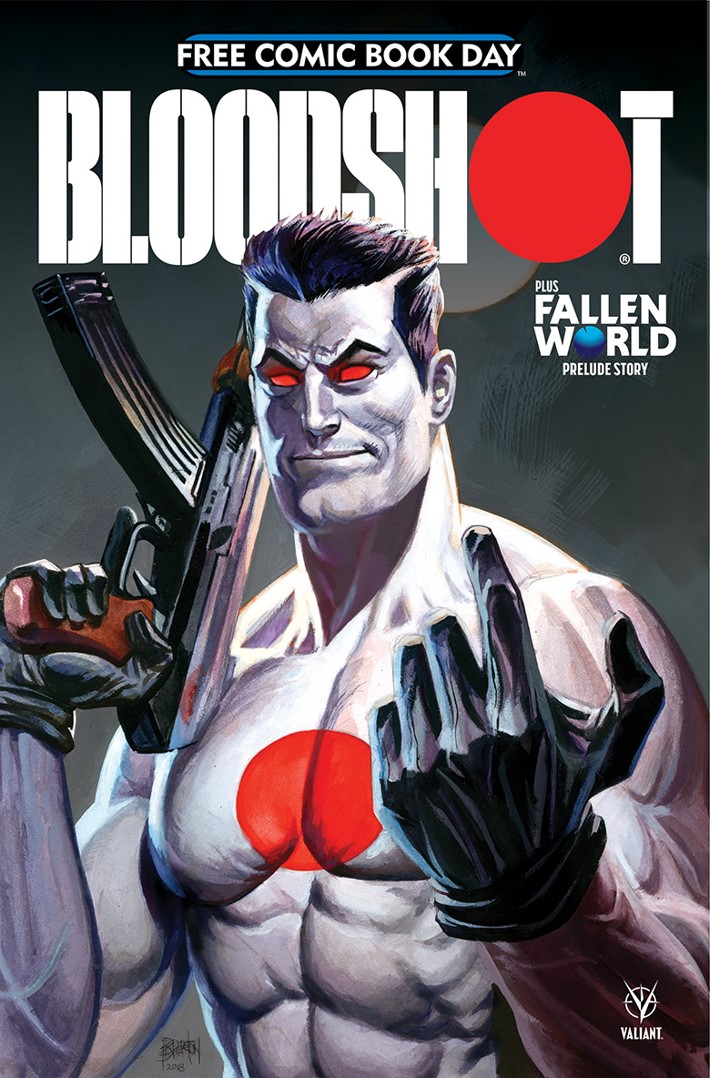 The upcoming BLOODSHOT movie is leading to a new BLOODSHOT series.

As first revealed on Deadline, Bloodshot, the unstoppable supersoldier trapped in a never-ending war, has arrived! Written by the electrifying Tim Seeley (Revival) and featuring artwork by industry icon Brett Booth (Teen Titans), this tremendous team is crafting a Bloodshot adventure full of badass action, surprising stories…and then some more badass action! Declan Shalvey (Return of Wolverine) will illustrate covers for the series.

Once, he was the perfect living weapon, created to follow orders. Now, Bloodshot works alone, using his lethal skills to protect those who cannot protect themselves. But a mysterious and powerful organization is watching, and they’re not about to let something as dangerous as Bloodshot remain free…

“I don’t feel like I need to reinvent the wheel with Bloodshot,” said Seeley. “What I need to do is tell a BIG, CRAZY story that can only be done in comics, and I need it to be powerful and emotional and relevant in a way only comics can do.”

Seeley plans to take a fun and fast-paced approach with Bloodshot. “I want to go back to basics and tell a story about a guy who was made to be a weapon but isn’t allowing anyone to use him ever again. He’s an outcast, an outsider, and he can’t help but use his indestructible body to help people, even though all it ever does is get him in trouble. With great power comes a great big pile of shell casings!”

Superstar artist Brett Booth spoke about how he’s having a blast with Seeley’s exciting script. “I’ve been looking for a project I could really cut loose on,” Booth expressed. “The first issue is pretty nuts. It gets right to the action, which I love, and then sets up the rest of the story. It’s a great jumping-on point.”

Seeley also explained why Booth’s art is the perfect fit for the book. “His style synthesizes what ’90s comic book artists figured out—how to do big, cool action comics that look visceral and powerful. That melds perfectly with my approach to this book.”

Valiant is set to distribute free copies of a brand-new BLOODSHOT short story by Seeley with artwork by Tomás Giorello and Diego Rodriguez on Free Comic Book Day (May 4, 2019) through participating retailers. The story leads into the new series.

BLOODSHOT is the latest release from Valiant Entertainment, a wholly owned subsidiary of DMG Entertainment, founded by Dan Mintz. Since acquiring the publisher in early 2018, DMG Entertainment has placed a premium on developing and expanding upon Valiant’s publishing arm, continuing to build out its vast universe of characters. DMG Entertainment will also play an integral role in producing Valiant’s features in conjunction with the studios.

About Valiant Entertainment
Valiant Entertainment, a subsidiary of DMG Entertainment, is a leading character-based entertainment company that owns and controls the third most extensive library of superheroes behind Marvel and DC. With more than 80 million issues sold and a library of over 2,000 characters, including X-O Manowar, Bloodshot, Harbinger, Shadowman, Archer & Armstrong, and many more, Valiant is one of the most successful publishers in the history of the comic book medium. Valiant consistently produces some of the most critically acclaimed comics in the industry and has received numerous industry awards and accolades, including a Diamond Gem Award for Comic Book Publisher of the Year. For more information, visit Valiant on Facebook, Twitter, Instagram, and ValiantEntertainment.com. For Valiant merchandise and more, visit ValiantStore.com. 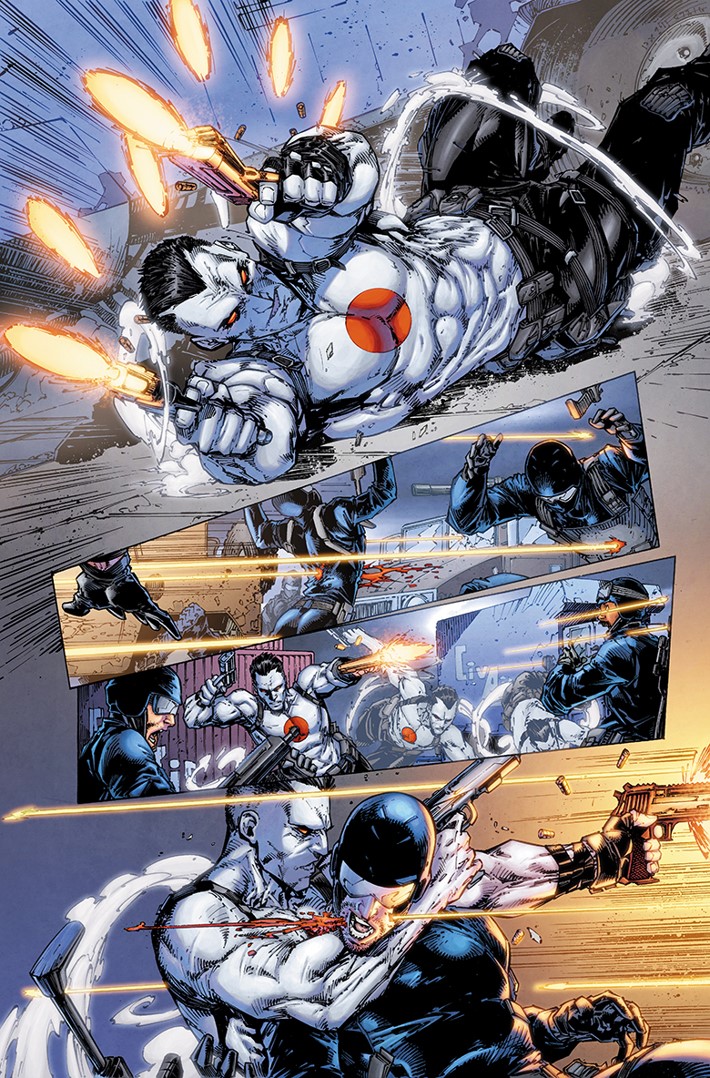 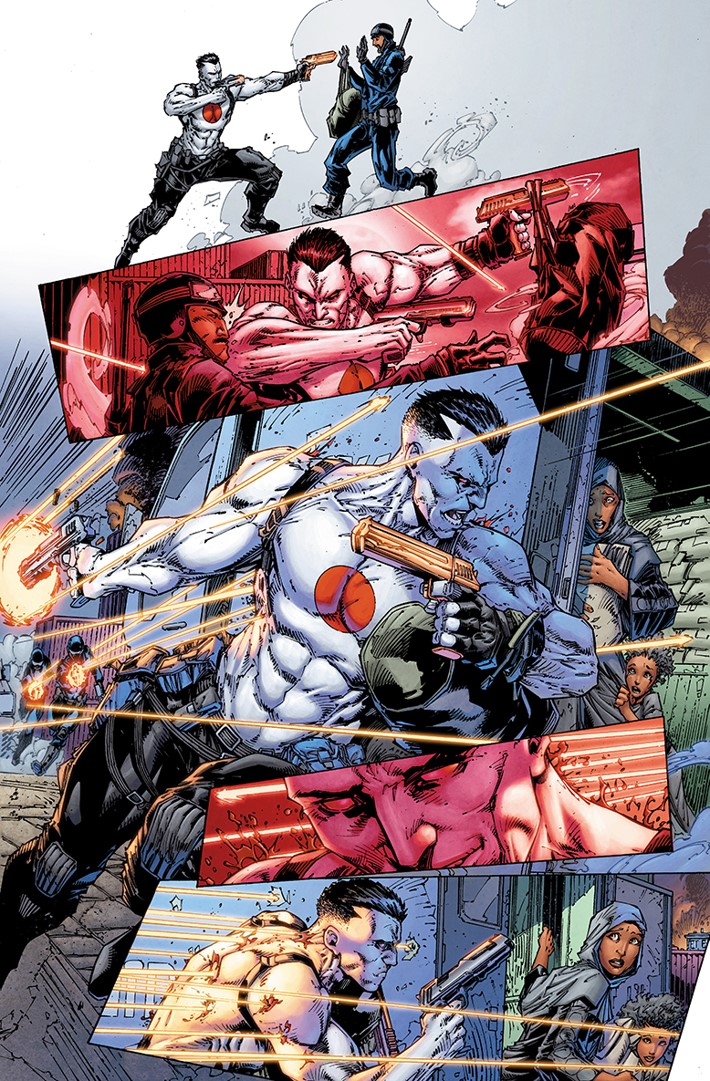 ComicList Previews: RICK AND MORTY VS DUNGEONS AND DRAGONS TP