Recently, Forbes spoke to Jon Bernthal about playing The Punisher, “As far as going on in the future, it’s a character that I really feel like I have sort of in my bones and in my heart,” Bernthal said. “I’m really grateful that I had the opportunity, and what sort of happens in the future isn’t about whether they want to do it or not again.”  What impact will this have on Punisher keys like Punisher #1 and can we expect further gains in an already expensive key group?

Jon Bernthal played Punisher on Netflix, not only in his own show but also on Daredevil season one and two. It was a huge hit and most fans have been wanting to see him reprise the role.

Who is The Punisher?

The Punisher is simply the avatar of urban vengeance. He is the guy that takes out the thugs on the corner dealing drugs, he skewers the serial killer who escapes justice on a technicality, he punishes the guilty criminal element. Will this much-beloved character return to Marvel in a movie, or a new TV series?

Jon Bernthal was the last and probably the best guy to ever play Punisher. The actor would love to play that character again in Marvel even if it is PG-13! Can you blame him? After all, this guy got his start on the hit show Walking Dead and then went on to play Punisher. Post-apocalyptic chops notwithstanding, Bernthal can bring it as the Punisher.

What Keys to Watch?

The top three Punisher books to own are his first appearance Amazing Spider-Man #129, his first title in his own series Punisher #1 (limited), and the second appearance of the Punisher in ASM #134:

This limited series sports the awesome cover art of Mike Zeck. It is probably the best story you will get with the Punisher. It details his capture and incarceration and though he is no Rorsharch he manages to put the fear of god into this criminal hotel.

This book is the first in his own title and brought him to his current state of popularity. Steven Grant did a superb job of fleshing out exactly how tough and determined the Punisher is, even in lockup with his enemies.

This book sold for $800 in September, a drop of almost 50% in price from the beginning of the summer. This represents a huge buying opportunity for Punisher fans, speculators and investors, lock and load people. 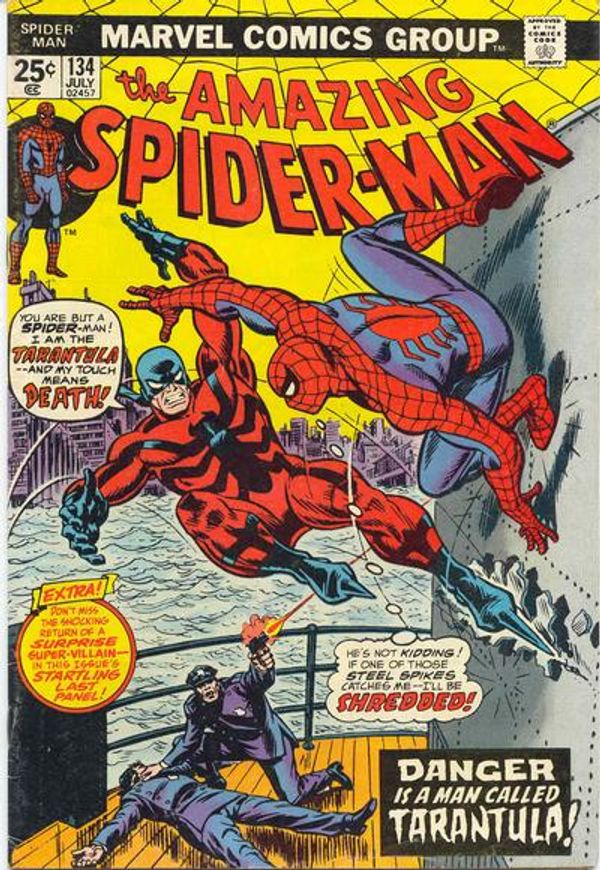 This is the second cameo appearance of Punisher in comics. Originally, ASM #135 was thought to be the only second appearance but he actually does appear in this book, albeit briefly.

The price on this bad boy has exceeded my wildest expectations. Recently, this book sold for $5300 in September in grade 9.8.

This is his actual first appearance in comics. The Punisher first appears in this book as a villain trying to kill Peter Parker, a.k.a. Spider-man. 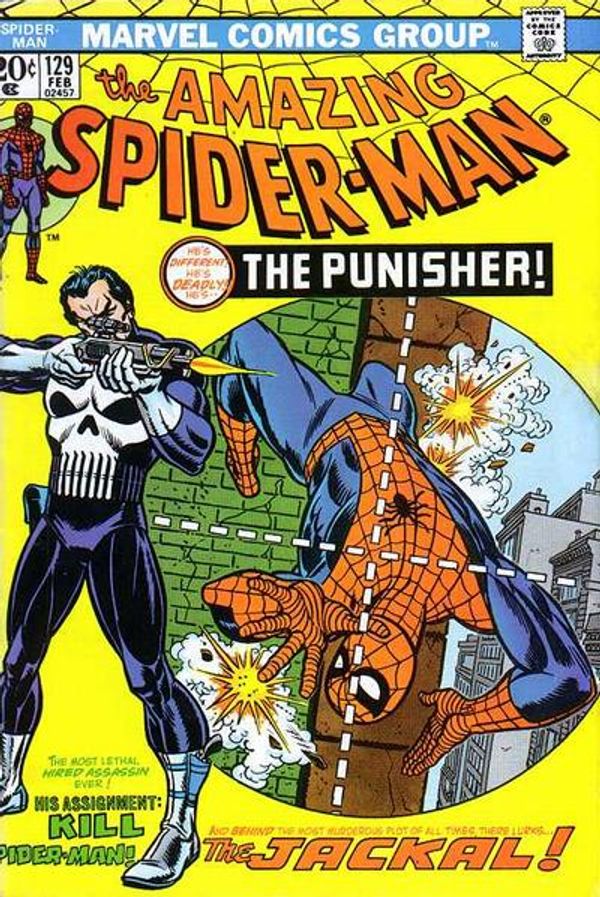 This is one of the biggest keys of the Bronze Age. This book never lasts in LCS; it moves within a day or two. This is why the price on even a very fine copy has skyrocketed.

Currently, it is 5th place as the most popular comic book of the Bronze Age. This is the top Punisher key. My only advice is to not sell this, as it will cost you more to replace and should continue to rise in value over the proceeding 20 years.

Get your hands on one of these keys now! Especially a copy of ASM #129, as I don’t know one dealer that will sell it willingly without a huge markup.  Of the three books I have chosen here, Punisher #1 has seen the greatest decline recently. It represents the best opportunity to make money on the Punisher franchise. If Jon Bernthal goes on to reprise the role; this book will skyrocket yet again and at a current 50% discount, you could be the recipient of a fantastic return. Should that be the case, “The Return of the Punisher” will set new highs in the comic book market on all the above-mentioned keys. You don’t want to be left holding an empty cartridge when you pull the trigger on this puppy. Investors should buy and hold any Punisher key now before Jon Bernthal appears in Marvel again!

Issues #1-4 of SUPERMAN: SON OF KAL-EL to be reprinted

Best Punisher comics of all time were written by Garth Ennis. I recommend them to everybody.