Everyone knows the big Harley Quinn keys, but what about Harley Quinn’s lesser-known books? Do they have the potential for a bump in price on the speculative market? Let’s look at a couple variants of Harley Quinn #1. Harley Quinn’s first appearance was in the Batman Animated TV show. She was just a henchwoman, but viewers loved her and her popularity led to her creation in comics. Eventually, Harley got her own comic book and then went on to dominate the covers of Modern Age comics.

This time, I went with keys that aren’t so obvious at first glance. The first is an Adam Hughes variant (the retailer 1/25 variant) and the second was created for a single comic book con with an international twist.

Can minor Harley Quinn keys be worthy of collecting? What about her cover appearances? Are they valuable as well?

This puppy has apparently only 1000 copies printed for a Mexican Comic-Con for the 25th Anniversary of  The Killing Joke. It’s rare and a reprint of this popular title. Why is this book sought after? 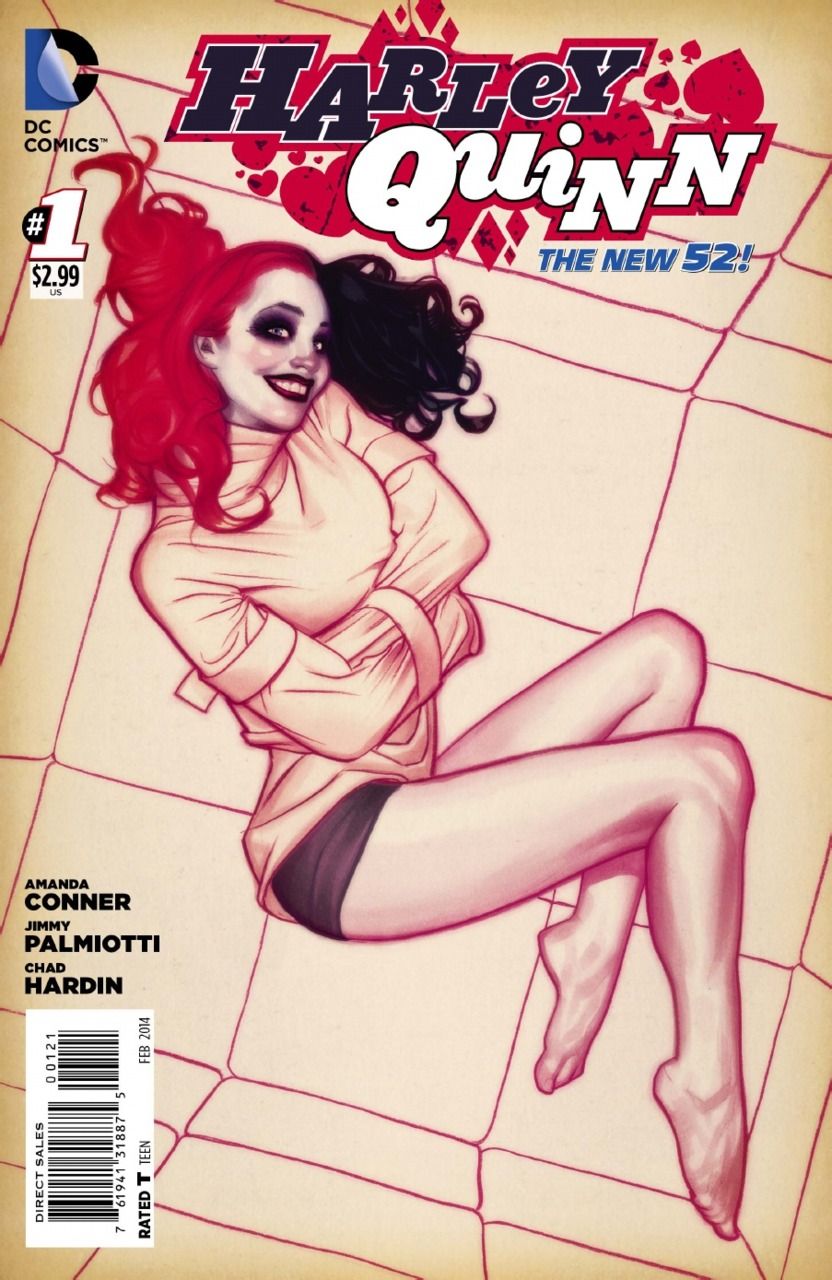 Yep, this variant is highly prized and sought after by both Killing Joke maniacs and Harley hustlers. The numbers here could be shocking, but certainly nothing to laugh at. And yep, I went there.

Adam Hughes is one of those must-have artists. Add to that limited printing to the 1/25 variant per retailer, then things really get expensive. Hughes is known as one of the foremost “cheesecake artists.”

In this day and age, we have many of these, but Hughes leaves enough layers of clothing for his provocative covers to be (in his words) “mysterious and interesting.” Some of his most notable works are Wonder Woman and Catwoman.

Both these books are minor Harley collectibles and will probably continue to increase in value over time. The Mexican variant is interesting because of the limited print run. It was made for a Mexican Comic-Con and only 1000 copies were created and sold.

This could technically be considered a Joker key, but considering it has a Harley cover and is rare, counting it as a Harley key is not too far off the mark.

When something has only 1000 prints, as they often do at cons, it tends to increase in price over time. The qualitative ingredient that pushes these 1000 prints up in value is the nuance of the book for collectors.  The 1000 copies do not guarantee “rarity” but it lays the groundwork for that possible outcome.  So, don’t just buy it because there are only 1000 copies, buy it because others cherish it as well, and the price has been consistent.

The Adam Hughes variant has stronger trend return results and a deeper bench of sales to gauge its staying power. It should be noted that both of these books have similar 90-day trends. This is quite possibly due to The Suicide Squad movie hype.

Harley has come a long way from her cartoon creation on the Batman animated TV series. Pontificating from the standpoint of a collector, if I was a Harley fan, this would be a must-have. Almost any Harley cover sells and is easy to resell. But one with a rarity of only 1000 copies made for one specific Comic-Con might definitely receive a premium.

Given BATMAN: THE KILLING JOKE HARLEY QUINN 25TH ANNIVERSARY Mexican Variant is already up to $100 in raw, you could easily triple that number with a near mint to mint designation at CGC. This is a snapshot every Harley hustler should be shooting for.

Who Are The Starjammers & Why Should You...

The Killing Joke 25th Anniversary with Harley from Mexico I have. It’s a 9.6 CGC. Interesting enough, there are only 20 copies on the CGC census & only 4 in the 9.8 grade. It could end up a collectable sought after.

I belive that the BATMAN: THE KILLING JOKE HARLEY QUINN 25TH ANNIVERSARY has a German edition too. I think I have some copies that my sister got for me over there.

What about Batman 570 disputed 2nd Harley Quinn appearance and some people have said 1st appearance in the main universe. Dont know if correct. Very underated. All i know it is a hard book to find raw in a shop but when you do it is usually cheap (for now)

I have the 25 th Anniversary Killing Joke Mexican Edition in a CGC 9.6. Interesting info; according to the CGC census, there are only 20 graded by them of the 1000 run you talked about. Of that, only 4 are in the 9.8 grade. We’ll see if it ever becomes popular with collectors.