The Investing Secret of Thundercats #1

Then, it would begin a cartoon of, by, and for the 1980s. It had a retinue of big hair, big felines, fighting big evil with a truly awful theme song. This thunderous experience is very akin to the He-Man franchise in my opinion though obviously not as popular. Swords, pecks, and superhero action, with at least enough fans to last as a media franchise for four years TV shows (1985-1989). What are the Thundercats?

“ThunderCats are an American media franchise, featuring a fictional group of cat-like humanoid aliens. The characters were created by Tobin “Ted” Wolf and originally featured in an animated television series named ThunderCats, running from 1985 to 1989, which was animated by Japanese studio Pacific Animation Corporation, and co-produced by Rankin-Bass Animated Entertainment.[1]”

The animation was actually pretty good for the time period. They also produced a Thundercats Marvel comic book through Star Comics in 1985. The comic book went on twenty-four issues over a three-year period. Since that time this franchise has had media deals, additional comic series, up to 2020 when ThunderCats Roar was released, but only ran one season. Does the comic book Thundercats #1 have value today? What is the hidden strength of Thundercats #1? Is it a book to own for the future or are its better days behind it?

Thundercats the comic book was created by a script from David Michelinie and Leonard Starr based on the animated TV series produced by Pacific Animation Corporation. Jim Mooney did the pencils and Marvel published under Star Comics in November 1985.

The remarkable thing about Thundercats #1 is it has actually been a solid comic book to own going back at least as far as 2009. Over 12 years ago you still had to pay a small premium to own a near mint to mint grade 9.8 In 2009 someone paid $125 to own this book. In addition, over the last 12 years, it has garnered 111 sales in the same grade. Catnip to a speculator, possibly? 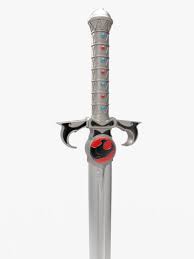 Actually, the highest return for this book is in grade 9.6 with a hairball-inducing positive +415% return trend over the last twenty years or so. I truly like the low CGC Census in all grades. Is it possible this is a very low-print run book? Probably, that would account for early interest and an increase in pricing way back to 2009. There are only 782 of these books in the CGC Census. Time to get your inner cat on!

The returns have been solid, the Thundercats have outperformed most 80s non-keys of that time period, and even had a movie for 2020 that just never got greenlit. This comic book has a solid return trend over the long term. Further, over the last six months, that same grade 9.8 has returned positive +98%! What’s a matter, “Cat got your tongue?” I have been pretty good at sopping up the old movie and cartoon classics as a comic book speculator. But I must admit this one blindsided me.

Speculators and investors need to be on the lookout for these old key comic books attached to TV series or movies from the ’80s, the hidden value is enough to make you roar like a lion with delight. In the immortal words of Lion-O the Thundercat fearless leader, “In the future, we must hold nothing back from each other if we’re going to remain a team right?”  Right on!

Have you been Behind the Blog yet? Don’t miss out!

There is no such thing as a low print run book. There are books that will, by nature of their content, just not have the print run of an ASM or Batman book. As well, most publishers outside of Marvel and DC don’t have very large runs. Like so many other terms in comic collecting “Low print run” is largely a marketing term. People just never seem to figure out that the size of a print run is relative. They will print to order with a pretty much set overrun to cover damages, reorders, promos, etc. and at the time this book was printed there would have been more printed for the various news distribution streams (at least in theory since there was still a relatively strong newsstand market at this time).

This was a really popular cartoon ( it was one of my favourites) and I recall that stores carried a pretty healthy supply of Thundercats. As well it’s not that hard a book to find compared to other books from the Star imprint. That being said the number of copies that survived above say an 8.0 probably isn’t very high as, like many other Star books, they weren’t ending out in collector’s collection.