Spawn #1 has breached some serious numbers in grade 9.9 and even the plain old 9.8s are banking pretty solid prices currently. After all, go back just four years ago, and this book was in the $.50 bins. This is seemingly a Millenial favorite. What does the last year show us quantitatively on this, the very first appearance of Spawn? Spawn #1 has been hot for the last 365 days. That is not just in the Copper Age, but in all ages of comic books for the last year. Hot books come and go with each passing day, week, month, and business quarter. They actually tell us very little about the big picture. Something might fall in and out of favor based on news, or the hint of a new toy, or the hiring of an actor by some studio exec. But if you stretch that timespan out say, a year, well, then you get a little more consistency and transparent results that may have meaning. 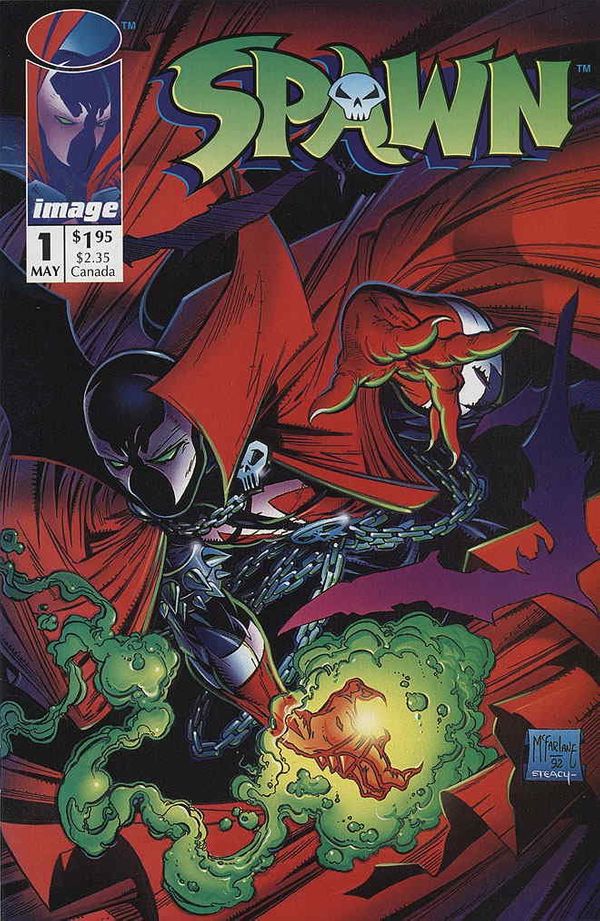 The first appearance of Spawn.  This comic book has four more first appearances: Blake, Sam, Wanda, and Twitch. That this book is a multi-key does not play into the price, yet. But why is this so popular over the last year? Well, there is talk and some confirmation that the lead will be played by Jamie Foxx. I suppose if you are going to have someone play a baddie it makes sense; he did a good job as Electro.

We have determined that this book has a catalyst for increasing value due to potential movies in the future. Of course, it is fair to argue that McFarlane has been working on another Spawn movie for quite some time. But speculators are gathering like the hordes of Hell. 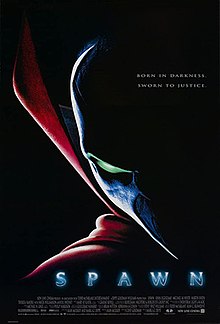 In 1997, they did a fair interpretation of Spawn for moviegoers. They had a solid leading man, and one of the best supporting casts ever to appear in a superhero film. The critics hated the film. However, it made money.  Shockingly, this pre-Iron Man 2008 superhero movie made 87 million dollars and was very profitable.

If you are younger and have only known the Marvel and DC megahits, Spawn 1997 is a good example of how superhero movies were fairly cheesy and frowned upon back in the 20th Century.

The numbers for this comic book are encouraging in their audacity. After all, there are so many copies of this book in existence. In fact, the 1990s were mostly all overprinted and ended up bankrupting quite a few comic book specialty stores of the time. For the speculators, it was a blood bath. Many were clobbered in the 1990s. It was not uncommon for entire collections to be abandoned in storage units and put up for auction for pennies on the dollar. This was in a time when storage units were not as well known as now. So, how does this overprinted popular character’s comic book key stand up over the last year?

The numbers show only one grade truly reaching a big value and that is grade 9.9 (hard to obtain). This grade has even breached the $10,000 mark, briefly. Since then, it has settled at around $5,040 over the last year. Did this huge upswing leapfrog Spawn #1 over the competition, making it the top hot comic for 2021-22? Possibly. However, for new comic book collectors, the near-mint to mint grade and above seem to have small but consistent returns.

This might be a good book to learn about collecting comics, with only minor risk. With the quantitative risk very small, the barrier to entry is only $30 for a raw copy. At that point, pray to Malebolgia that your comic gets a 9.9 grade at CGC!

*Any perceived investment advice is that of the freelance blogger and does not reflect advice on behalf of GoCollect.

Dust Off Your ‘Alien’ Keys Because Two New...

For me, the newsstand, which I have, is the one to collect. Mine is not a 9.8, but then again, I only paid $20 for it a few years ago for a raw copy. Amazing that this comic came out 30 years ago. Consider: back in 1992, if you asked what had come out 30 years prior, the answer would have been…Amazing Fantasy #15! Spawn #1 won’t be worth anywhere near Spider-Man’s first appearance…just giving collecting another perspective!

Spawn 1 is always slowly rising but the print run will always hold it back to a point.Always thought it is undervalued. The 9.9 grade gives us something to look for as well as the no black ink error and newstand variant.Also the black and white different cover variant. I can see the standard cover reaching a few hundred perhaps more in 9.6 – 9.8 but a very long term hold is a good bet. Bought a nm raw copy 12 years ago for $8 and i could tell the dealer was laughing when i bought it and didn’t haggle. The movie or series will obviously up prices and i am interested to see the peak. A signed edition will also be a nice addition to anyones collection. Also the potential of a Sam & Twitch series in production will help increases. Must admit i did like the original Spawn movie but haven’t seen it in years. Also a fan of the Constantine movie.

I had both the signed N.E and the original CGC 9.8. Considering that I paid peanuts for both back in the day. I recently had to sell to help out a family member. Thinking these and 3 other Spawn 300 variants 9.8 signature including the Silver foil out of 1500 would net me at least 3k due to recent ebay sales etc. I went to five different dealers and all came back with 2500 in value except one that said at least 4k. Sadly he wasn’t able to pay and I had to settle for a low ball offer stop if you hear this before… of less than 2k plus they wanted to factor in 20% fees for Ebay. The dealers all came up with different values and use different sources EBAY mostly and of course wanted a 30% ROI?! I have also been getting a lot of quote “that isn’t the real price on Ebay unless its a bid now” Hopefully this tale will serve others… I made profit so it isn’t a woe is me but man I do believe that it should have been at least 3k to 4k considering the population no? I look forward to hearing other thoughts on the matter.

I used the philosophy when i was in the military back in the early to mid 80’s-to 90’s by kinda going the popular route many comics such as TMC Spawn Spidey Hulk—then Claremont X-Men, Byrne those were a few i stuck to. Also then veered to jim lee, brandon choi and even fabian niczenza to name just a few. I still am wondering how the x-men will be incorporated into the MCU for films but i have a lot of catching up to do in that regard ie…movies/shows etc.

RichBryant…. I think we all learn the hard way. Don’t sell to dealers if you want top offers. If you need quick money fair enough. They will only usually give you up to 25 % of a ‘hot’ comic in case they cant sell for max profit. I bought jimmy Olsen 134 and 135 a few years ago in a very nice condition for $30 for both, only for the collection. I rarely sell anything. They looked easy 9.2s graded but Inside there was massive foxing on a centre page of both. Didnt want to contaminate my other comics so after about a year i took them to a good well known local shop i have used for years and after careful examination gave me on the spot, according to them up to the 25% market value based on the Overstreet. They sold instantly to their elite buyers for triple what they offered me. I am fine with that this time due to the major foxing or possible mold issues.They were from the cover beautiful glossy looking examples. Another time i bought Treasury Supes vs Spidey in completely damp and rotten condition. Not worth anything other than a read.This has always been one of my grails in nm+ condition because of my favourite Spiderman artist Ross Andru. Paid $7 read it on the train home then ripped it up and threw away. Sacrilege you might say but it was truly rotten and looked like it had been at the bottom of a lake for a few days so wasn’t saveable. In fact the dealer should have given it away……I will one day find an example that fits my criteria.