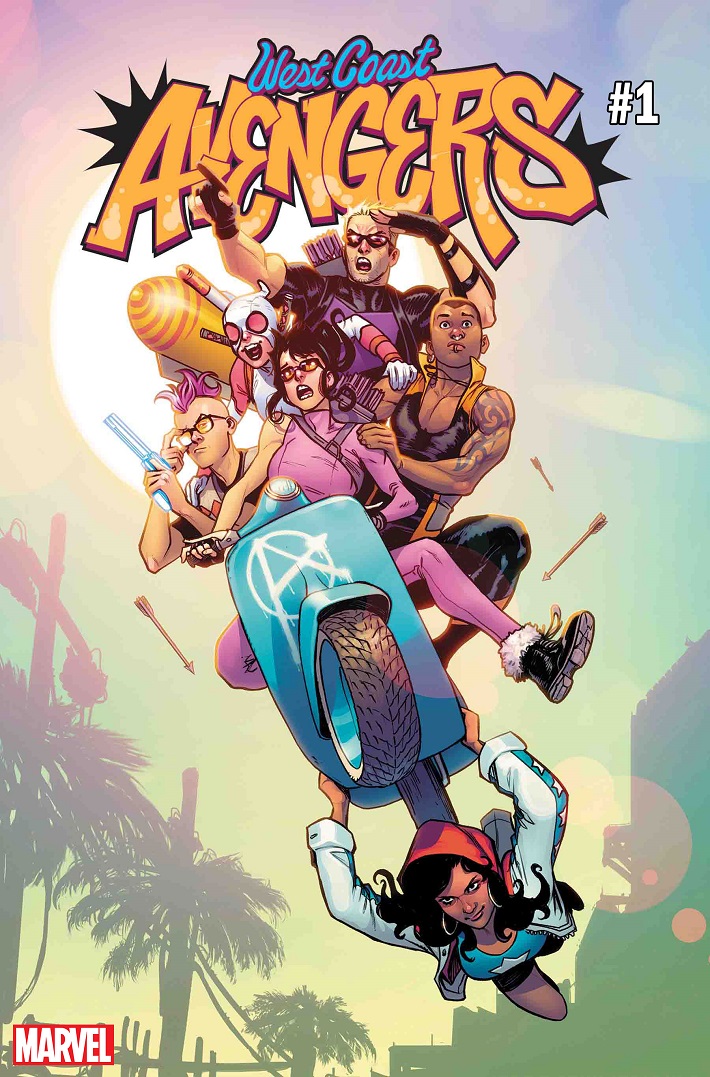 “They all need and want something from being on that team together,” Thompson told Marvel.com in an official announcement. “Kate needs to help save LA, and she needs help to do that because villains have taken notice that there are no Super Heroes out there. I think there’s part of her that misses [being on a team] too.”

For more information about WEST COAST AVENGERS, be sure to check out Marvel.com and stay tuned for more news about the series on This Week in Marvel!