If you’re looking for a way to invest in the future of Star Wars, then look no further than comic book covers. This blog post will take a closer look at two particular covers from the first series of comics released by Marvel. The artwork on this cover is iconic and reminds me of some of the original three movies posters. However, this particular cover for Star Wars #81 sells for a good deal of money online. Why? Could this simply be a fan-favorite? I mean, it has everything but Luke Skywalker on the cover. It’s an illustration that captures the drama between these characters as they face off against and possibly confront Boba Fett. After all, Boba is one of the favorite villains of the Star Wars Universe, so why not invest in his untimely return? 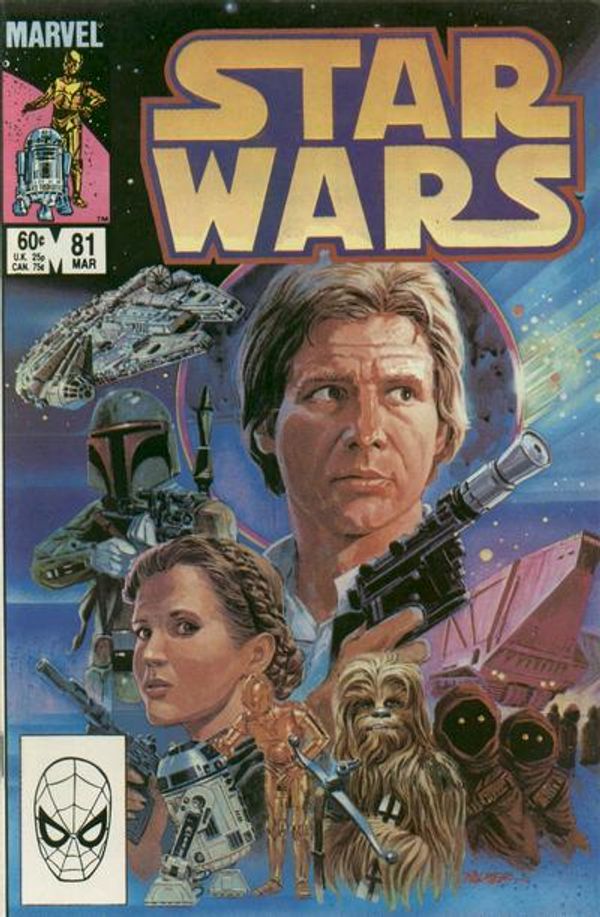 This comic book was created in 1984 by the writer Jo Duffy and a team of artists, namely Glynis Wein, Tom Palmer, Ron Frenz, and Joe Rosen. It has a current FMV of $575 in 9.8 grade. The iconic cover is the reason for the uptick in price.

There was a time when these books were worth nothing; not anymore. Ron Frenz and Tom Mandrake did the interiors and some finish work.  Meanwhile, Tom Palmer created the iconic cover of this ongoing series. One of the best, in my opinion, and most cinematic.

Han’s search for cash brings him, Leia, and Artoo to Tatooine, where they encounter Boba Fett, again! Isn’t that guy supposed to be in the Sarlaac Pit?

How much of this story plays into the extreme price? The extent of story versus cover in regards to the price point of this minor key is not common knowledge.  But Boba anything is running the Star Wars show now; in fact, he has his own series now on Disney.

If it is even close to the Mandolorian, it should rock! 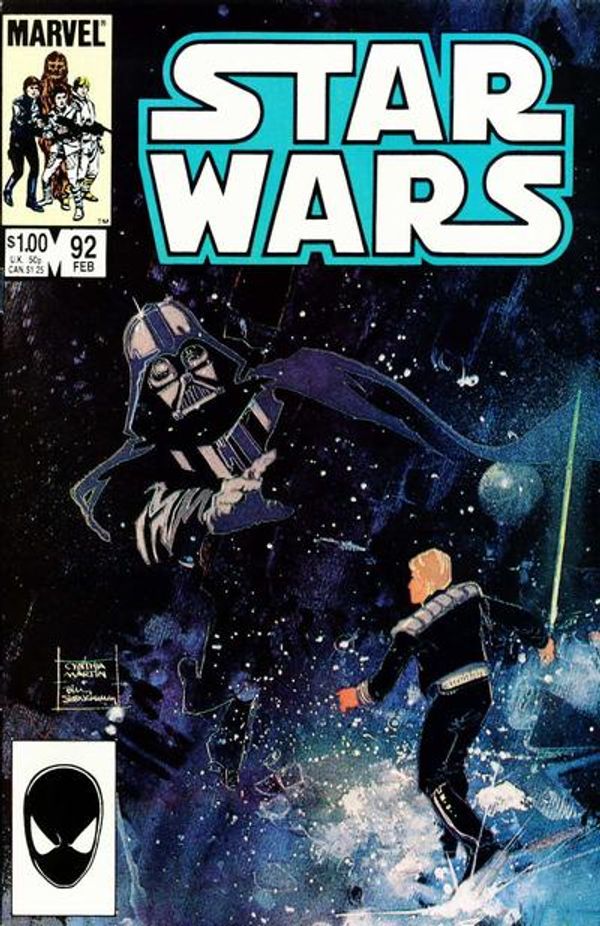 This comic has an iconic cover with Darth Vader taking on Skywalker.  The team includes Jo Duffy on writing and Glynis Wein, Cynthia Martin, Jan Duursema, and Rick Parker on art.

This book was created in 1985 prior to the last Star Wars movie (of the time), which was The Return of the Jedi.

“Prince Denin arrives on Endor seeking the Alliance’s help in fighting the imperials on Naldar in “The Dream” (Source: MyComicShp).”  It should be noted that this is a Cynthia Martin and Bill Sienkiewicz cover.

If you are looking for an investment that will be appreciating in value, then buy your Bronze or Copper Age books from the Star Wars comic franchise now, before they soar past $1000. “May the Force be with your speculation.”

Do you have either of these in your collection? Let us know in the comments!

*Advice and opinions offered in this blog are those of the author and do not represent any investment advice on the behalf of GoCollect.

What’s Going On With Halo Infinite?

81 is only desirable for the Boba Fett story. Whoever told you it was the cover did you an immense disservice. I think the cover is nice but never heard anyone say that was the attractor before. That’s like saying Strange Tales 110 is popular for it’s cover…it isn’t.