Silence is not golden in Scout Comics’ VOLUME 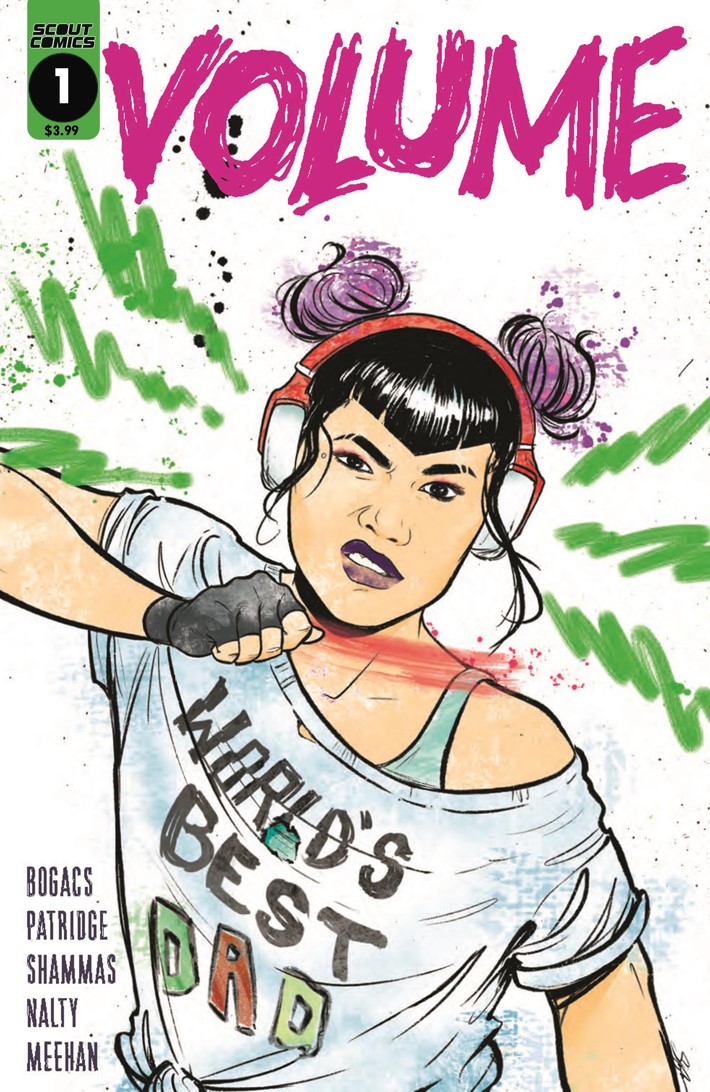 Scout Comics will release the first volume of VOLUME later in 2019.

Media Release — In the near future, a populist dictatorship — known simply as THE REGIME — has made music illegal, preaching a perverted version of law and order called ‘PEACE IS QUIET.’ Standing up to this onerous silence is ESSA, a teenager sick of living in the bland and colorless world the Regime has created. She’s 16, fed-up, and her only weapon is one killer rock song. Needless to say, it’s going to get noisy.

Writer and co-creator Christof Bogacs says, “VOLUME has been rattling around in my head for a while now. This is me venting all my pent-up teenage rage in an immature display of punching, explosions and song lyrics. The best part is I get to pull Skye and Nadia into the fray with me …and now Scout as well! As a fan of books like Long Lost and Heavenly Blues, I couldn’t be more excited to be working with Scout to bring this punk-drenched power-fantasy to life.”

Artist and co-creator Skylar Patridge added, “Volume is a really special story, not only in its message but also in its execution. We wanted to create a world devoid of color, stifled by the confines of conformity — then smash it with color and punk music. It’s a story of youth, identity and reluctant rebellion in the face of authoritarianism.”

Editor and co-creator Nadia Shammas concluded, “VOLUME is a story that encapsulates the way teen girls are silenced and undervalued, and the way their voices are louder than ever.”

Scout Comics was founded to discover, develop, and support content creators in addition to helping translate their projects to different platforms and mediums. The label has had several breakout hits recently, including Wulfborne, Zinnober, Obliv18n, The Mall, Fish Eye and Stabbity Bunny.

For more information on VOLUME or any other Scout titles, please contact James Pruett, Publisher, at James.Pruett@ScoutComics.com 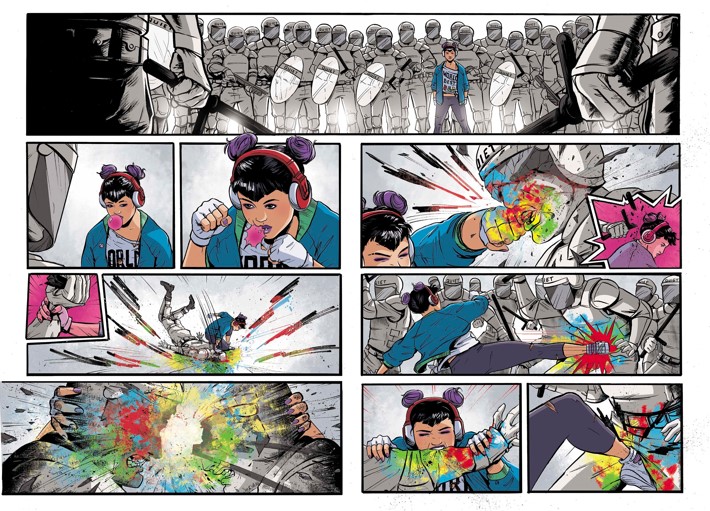