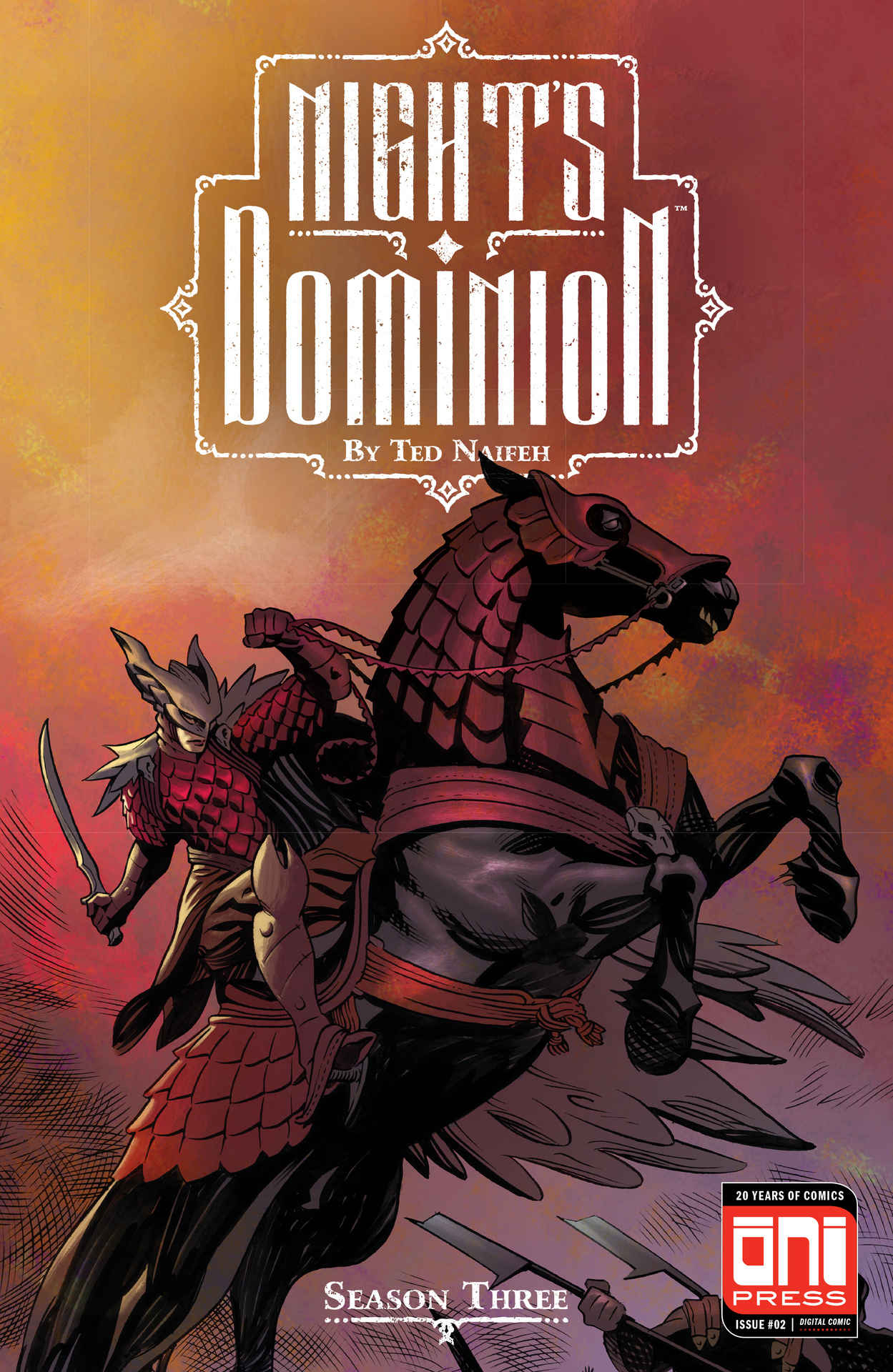 Issue #2 (Available Now)
With its new lawkeepers showing their true colors as cruel oppressors, the people of Umber rise up to resist. But they need a hero to inspire them. If Grael loses all hope, and the Furie’s wound proves fatal, who is left to lead the people against the Amaraddan Guard?

Issue #3
Now that Umber has recovered its stolen wealth, thanks to six intrepid thieves, the wounded city begins the arduous task of setting things back to some kind of order. But the architect of Umber’s misfortunes still operates in the shadows, and he will subvert death itself to feed his greed and malice.

Issue #4
Resurrected through necromancy, gifted with terrible strength and power, the Amaraddan Captain intends to assert his authority over Umber, no matter what. With all other heroes defeated, it’s up to Emerane alone to stand against him. But can the Night overcome a foe who has overcome death itself?

“This bold, ambitious debut is one of the best sword and sorcery fantasy comics available right now […] Great atmosphere, the story itself concluded well, it points towards more interesting things to come and invests the reader in the players. Great stuff.” – CBR

“Night’s Dominion is a great book in the fantasy genre, the story is unexpected and powerful.” – Outright Geekery

An all new GUARDIANS OF THE GALAXY arrives this January

More Than Meets the Eye