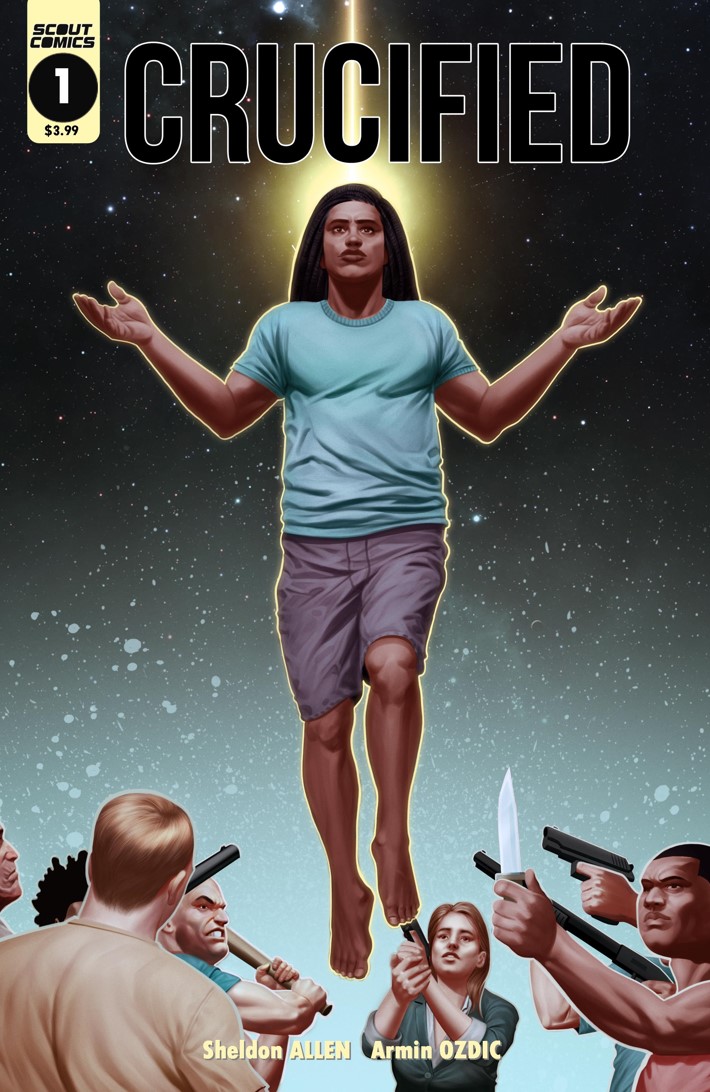 Media Release — Lucas Blanc, a notorious assassin, is contracted by a powerful NGO to execute a figure known as The Messiah, a man so influential that he stopped a riot in Los Angeles with a single word. In the words of CRUCIFIED’s creator, this is “James Bond meets The Passion of The Christ.” The series features art by Armin Ozdic.

“As a black creator, it was important for me to create a work that would capture the attention of existing and untapped urban/minority audiences. However, the book is also designed to be easily accessible to fans of political and espionage storylines no matter their background. I think Scout is the perfect home for Crucified.”

“Sheldon has created a very intense and emotional series, one that we are very excited to present to our Scout ‘Mavericks.’ We feel that this series represents something special and will appeal to fans who love action-packed comics with a well-told story… a story that readers will, no doubt, take away something special from reading.”

Scout Comics was founded to discover, develop, and support content creators in addition to helping translate their projects to different platforms and mediums. The label has had several breakout hits recently, including Zinnober, Obliv18n, The Mall, The Source, and Stabbity Bunny.

For more information regarding CRUCIFIED or any Scout titles, please contact James Pruett, Publisher, at James.Pruett@ScoutComics.com 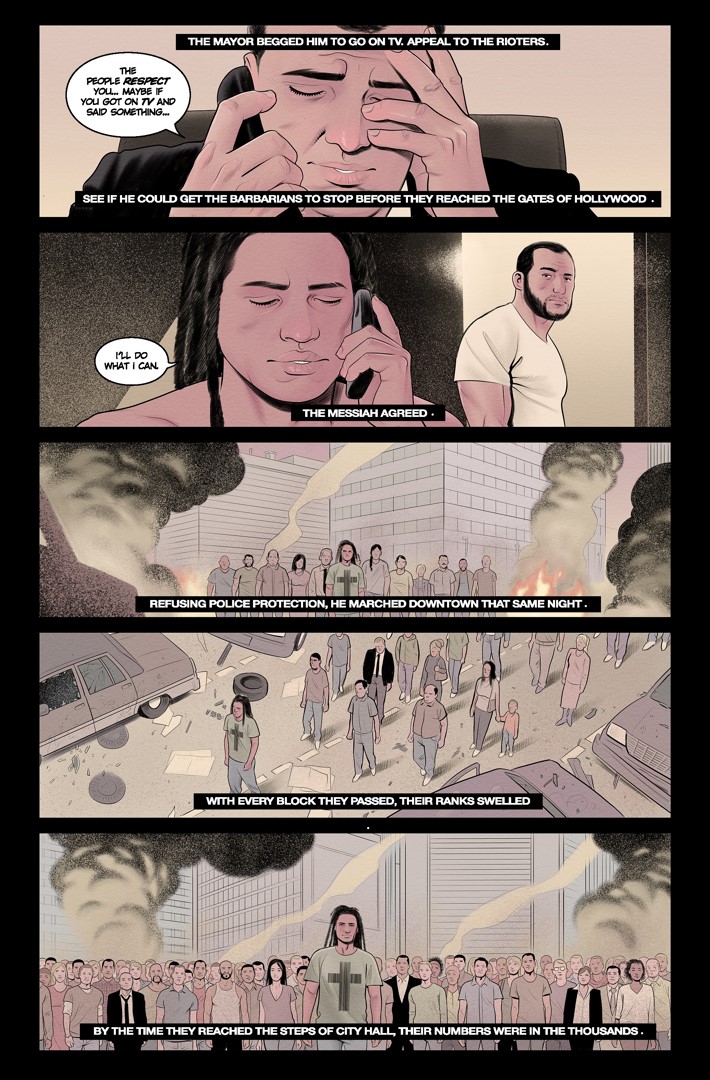 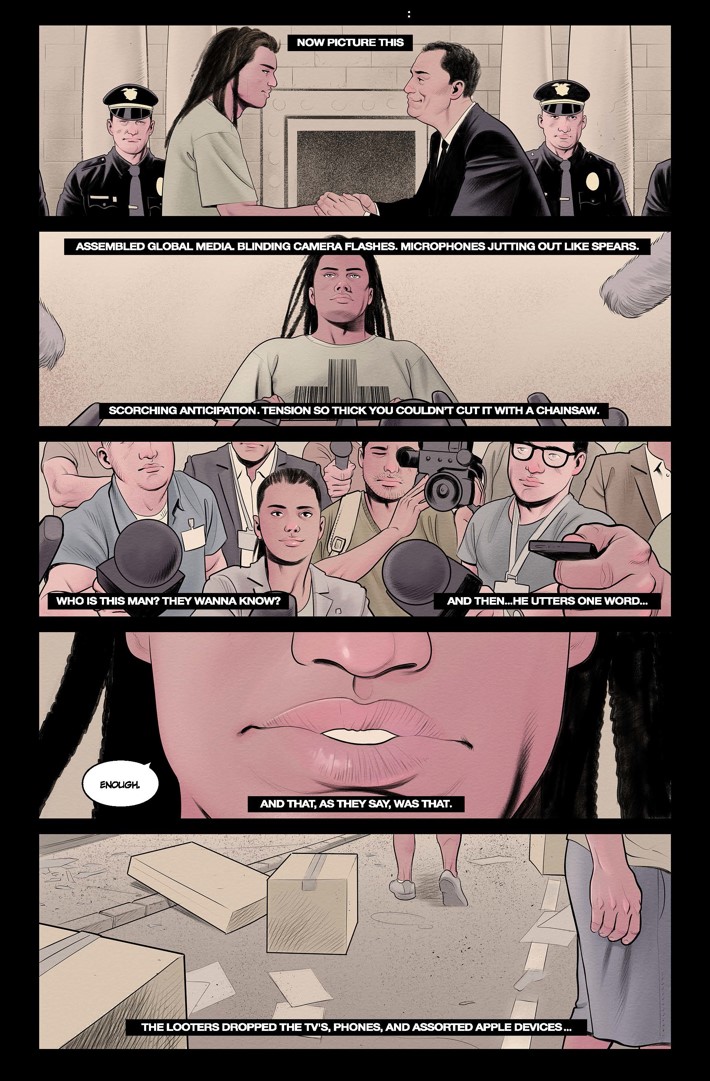 Betty And Veronica enter the Dynamite Universe this May