This seems to be an age-old question in our comic book community. Which is better to buy: raw comics or slabbed?

After reading the Blogger Dome blog covering this same topic, I decided to throw my hat in the ring and write a follow-up piece.

Now, raw comics are the entire essence of what owning a comic is about; simply being able to read and enjoy the story and art over time in your collection. For many years this was the only choice for collectors.  They grazed on Overstreet Guide criteria, enjoyed absolute control over the grade on their books, and life was good.

The old saying,  “All good things come to an end” was never more true than at the turn of the Millennium for comic book enthusiasts. That is when the devil of speculation crept into this comic book Garden of Eden. He hit Adam over the head and made off with Eve like Conan sacking Stygia.  Paradise would never be the same again, and the battle was joined CGC slabbed books versus raw comics as collectibles.

It began as a tiny spec of standardization, a churning of greed and entrepreneurial spirit escaping the Numismatic world and exploding onto the comic book continuum with the creation of CGC Comics. CGC was created in Parsippany-Troy Hills, NJ on January 4, 2000. To describe CGC I will simply quote their own words from Wiki:

Two sides to a seemingly unrelenting struggle between collectors and speculators with investors thrown right in the middle.  Much like the American electorate, both extremes snap at each other and completely miss the whole point in a battle for dominance.

The point of CGC Comics and the strongest argument to be made for  CGC, CBCS, PGX, and any other graders, is that they bring consistency and stability to the prices. Further, they allow many people to be comfortable investing and collecting comics that would otherwise never spend that kind of money.  This creates an “all boats are rising” situation where everyone benefits from higher prices for existing comics. 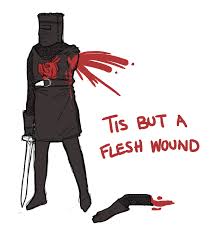 Slabbed Books’ Contribution to the Market

The argument that raw is better than slabbed or graded books is like asking you to choose which arm you would rather lose, your right or your left? Raw comics are very prized by collectors.  It is a touchy subject for some, as they love to enjoy their comics. To not be able to touch them seems sacrilegious.

On the speculation and investment side, to not have slabbed books would severely limit the amount of speculation and, quite honestly, the upper limits of price.  The argument is truly moot because you need both groups to have the current market we have in comics.  The market would not be as vibrant or have expanded as much as it has without CGC and all the other grading companies previously mentioned. 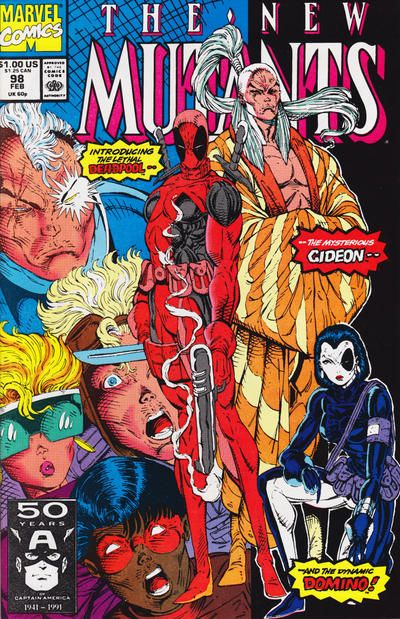 Well, Wolverine #1 in a slabbed format 9.8 grade goes for over nine times the amount of its raw counterpart. Financially, slabs win hands down. Personally, I love them both. Comics are meant to be fun; it is apples and oranges. But I think we can agree on slabs and the grading offered is value-added. Essentially, it is more than the sum of its parts and great for the comic market as a whole.

There are plenty of reasons to compare and contrast slabs versus raw comics. I think the best reason to compare is to understand the comic book market as a whole. It is fun to compare. Who is stronger, the Hulk or Superman? Who is a better fighter, Captain America or Batman? (Everyone knows Cap would slaughter him in a fight!) You get the idea, but honestly, life is more sophisticated than that. The thing I love about comics is it is large enough to include everyone on the planet in our comic book Eden. Still, they’re nuanced enough to be loads of fun for collectors, investors, and slab speculators.

There is SO much more to see! Take a peek at GoCollect’s YouTube channel today!

Display- Quite simply the books display as professional works of art, not just a comic book.

This is a stretch…went to The Louvre and none of the art had ‘9.6 off white’ or ‘first appearance of Mona’…above the picture.

however as the whole article says it is highly subjective and I completely agree that the existence of grading has given the hobby many advantages. remember when we only had 3 grades with Overstreet and no one new what Mint actually meant in the vintage word. Know we know!

I simply don’t like reading digital comics, even with a 13″ iPad Pro it isn’t the same experience. That’s not the same with regular books, I read those on my Kindle Oasis all the time, but with comics I need the tactile feel of the comic, the smell of the ink, etc..

this is a false market, the slab prices are not sustainable in the long run. There is no way to verify what’s inside the slab, what if the grader was having a bad/rushed day and missed something or dropped something… you will never know!

this helps the the real market (raw) for decades you could buy graded comics that weren’t sealed and still take them out, read, review and verify (no missing MVS). No these prices are being driven down which makes them more affordable and as society continues to devole in the future you will see a swing back to natural state (Raw). You don’t seal a collectible record, old hot rods, etc.

this is madness but true entrepreneur spirt… caveat emptor!

One double devil’s advocate point: slabbing doesn’t guarantee a good return on investment for just any comic book. I’ve seen slab prices for comics that are less than the cost of grading and slabbing. Those are negative investments. I can’t pick some random worthless comic and add value by slabbing it. That said though, slabbing can drastically increase the value of key issue and blue chip comics if there is a market for those issues.