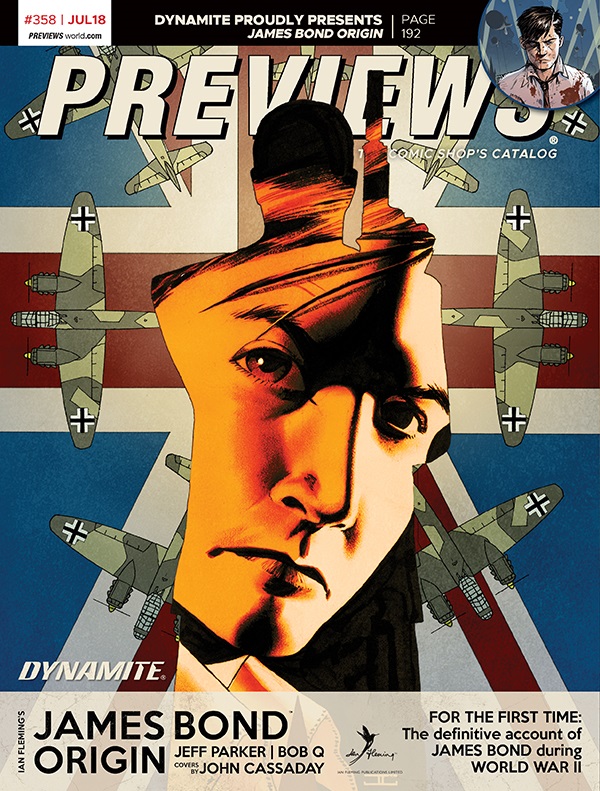 ON OUR FRONT COVER: An orphan in Scotland will become one of the most famous spies of all time in Jeff Parker and Bob Q’s James Bond: Origin from Dynamite Entertainment.

ON OUR BACK COVER: Netflix’s blockbuster series Stranger Things comes to comics in a new series by Jody Houser and Stefano Martino for Dark Horse Comics.

Halloween in July — Though summer has barely begun, Halloween is just around the corner, and PREVIEWS looks at the creepy and crawly books that will bring you thrills and chills this autumn.

catBUZZ — PREVIEWS shines a special spotlight at some of the blockbuster books and products coming out in the months ahead. This September, some of Asgard’s finest warriors join together for an epic space adventure in Cullen Bunn and Matteo Lolli’s Asgardians of the Galaxy for Marvel Comics! Plus, Captain Kirk and the Enterprise discover a strange new civilization on the surface of Cybertron in IDW Publishing’s new crossover, Star Trek vs. Transformers; Will Byers’ adventure in the Upside Down is finally told in Dark Horse Comics’ Stranger Things; the bully becomes the bullied in Skottie Young and Aaron Conley’s new Image Comics series, Bully Wars; Archie Comics explores life on the homefront during World War II in Archie 1941; Surreal Entertainment’s Marvel: S.H.I.E.L.D. Venom Containment Unit Lava Lamp is back in stock; Diamond Select Toys takes gamers into a video game world with the Kingdom Hearts Select Series 3 Action Figures; and many more products fans and collectors have to look forward to this summer.

Toy Talk — On the catalog’s flip side, PREVIEWS talks to Icon Heroes’ Vice President of Sales & Marketing, Pat Wang, about what it’s like to work on their statue line.

Indie Edge — PREVIEWS talks to Adam Green, the writer/director of the Hatchet horror film franchise, about bringing his film work, like Hatchet, to comics through American Mythology Productions, as well as the horror comics he’s reading today.

All this awaits you in the July edition of PREVIEWS, available on Wednesday, June 20th in print at your local comic shop or specialty store at its regular cover price of just $3.99 or digitally at PREVIEWSworld.com/digital. 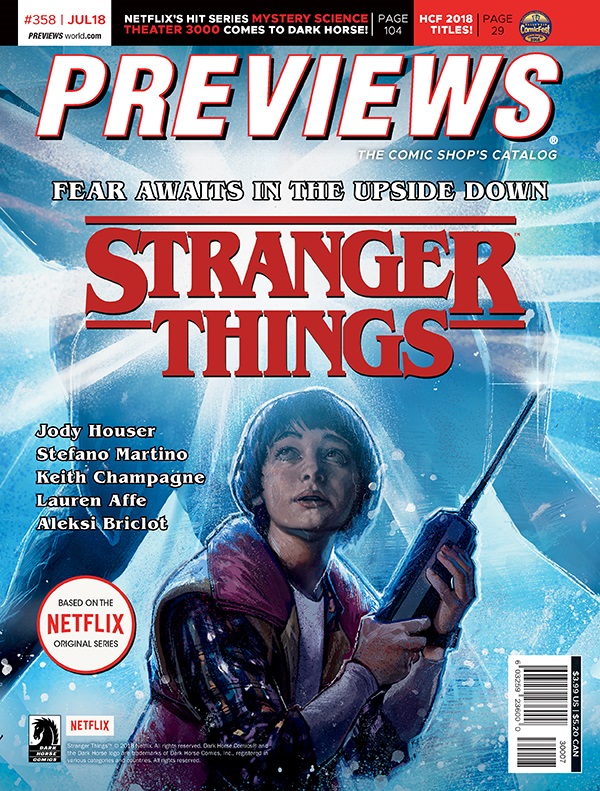