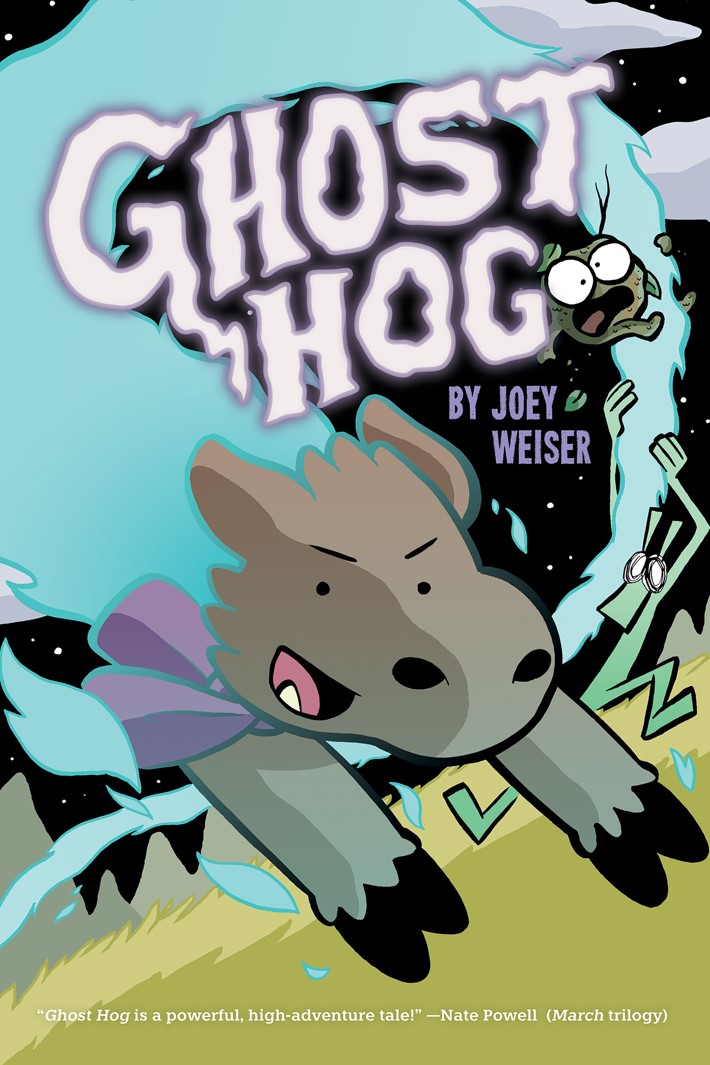 Media Release — The school year will eventually come to a close and the beach umbrellas will go up, but Oni Press is encouraging kids (and adults) to keep reading! For our Summer 2019 lineup, we are offering an array of all-ages and young adult comics, with a few OGNs for parental enjoyment as well. Check out our seven new titles: Ghost Hog by Joey Weiser; Dream Daddy by Leighton Gray, Vernon Shaw, and more; Emiline: Knight in Training by Kimberli Johnson; Our Super Adventure: Video Games and Pizza Parties by Sarah Graley and Stef Purenins; The Black Mage by Daniel Barnes and D.J. Kirkland; Little Witches: Magic in Concord by Leigh Dragoon; and the latest Limerence Press title, Super Fun Sexy Times, Volume 1 by Meredith McClaren. You’ll find that there’s a little something of interest for everyone.

Truff is the ghost of a young boar, fueled by fury towards the hunter who shot her down. She has a lot to learn about her new afterlife, and thankfully the forest spirits Claude and Stanley are there to guide her! However, they soon find that her parents, along with their fellow animal villagers, have been kidnapped by the malicious mountain demon Mava! Truff wants to help, but… the hunter is finally within her grasp, and if she lets him go, she may never get her revenge! Is vengeance all that being a ghost is good for? Or is there something stronger keeping this little pig tethered to the living world?

“Ghost Hog is a little darker than my previous work, by virtue of its premise, but my challenge to myself was to still make it fun and engaging all the same,” said Joey Weiser. “I’m very excited to share Truff and her world with readers!”

Dream Daddy: A Dad Dating Simulator invites the player to Maple Bay, where they play as a single Dad new to town and eager to romance other hot Dads. The comic series tells five standalone stories, each focused on different Maple Bay Dads, their kids, and their relationships with one another. Dive into entirely new stories featuring the backstories and adventures of your favorite Dads, told by game co-creators Leighton Gray and Vernon Shaw, along with the comic industry’s top indie talent like C. Spike Trotman, Josh Trujillo, and Kris Anka!

“Being able to flesh out and continue to play in the Dream Daddy universe with Oni Press, getting to see Maple Bay through the eyes and words of all the talented people who worked on this series, and have it all come together in a gorgeous trade paperback is just indescribable,” said Leighton Gray. “I’m so grateful to all the players and readers who have helped make this come to life!”

“Getting to work with Oni Press on a trade paperback and seeing it come to life is a dream,” said Vernon Shaw. “I’m so excited that we got to help fun make stories that were important to so many people!”

Emiline is learning how to be a knight. There are many skills that knights need: sword fighting, unicorn riding, and PB&J eating! While Emiline is very good at these, she has a hard time reading. But when fixing a dangerous situation means Emiline must read some magic words, she discovers that with practice, curiosity, and help from her friends, she can improve at reading and save the day!

“Oni Press is so wonderful to work with, especially my editor Ari, who is such a lovely person,” said Kimberli Johnson. “It is a dream to be making comics for young readers and I feel that you can really have fun with the story and art for children. I get to draw knights and unicorns all throughout the book! It is so much fun!”

Just how much of the bed should your cats get to take up? If you lose at your video game, should you get a conciliatory hug? Does your partner think that you’re beautiful even though you feel like a goblin today? If any of this sounds familiar, you’re in the right place!

So whether you’re a heat vampire, the person who doesn’t want to share that last donut, or even someone who’s late to a party because a cat was sleeping on them, you’ll find that Video Games and Pizza Parties is packed full of strange yet wonderful moments that anyone can relate to!

“The first Our Super Adventure collection was so much fun to make so we just kept making comics and now we have a second collection of 200 comics!” said Sarah Graley. “Featuring plenty of cute moments involving two nerds and their four wonderful cats, Video Games and Pizza Parties chronicles another three years of our relationship together!”

When St. Ivory Academy, a historically white wizarding school, opens its doors to its first-ever black student, everyone believes that the wizarding community is finally taking its first crucial steps toward inclusivity. Or is it? When Tom Token, the beneficiary of the school’s “Magical Minority Initiative,” begins uncovering weird clues and receiving creepy texts on his phone, he and his friend, Lindsay, stumble into a conspiracy that dates all the way back to the American Civil War, and could cost Tom his very soul.

“The Black Mage is the kind of story my 13-year-old self would’ve freaked out about. It’s what would happen if Harry Potter fused with The Boondocks and started making a bunch of loud Final Fantasy references,” said Daniel Barnes. “It’s like the universe wanted D.J. and I to work together. We were on the same wavelength about nearly everything.”

“When Oni showed me the pitch and asked me to be the artist for The Black Mage, I said yes immediately,” said D.J. Kirkland. “Daniel has been an absolute dream to work with, and has encouraged me to really let loose and inject our love of video games, anime and manga, and putting a teenage black boy at the center. We’ve created something really special and I can’t wait for y’all to read it.”

Two sidekicks on opposite sides get stuck in an underground lab together, and find a great way to pass the time. A tactician and superhero discuss their desires, limits, and kinks before their first time, and perhaps get a little too excited in the process. A pair of supervillains explore gender and sex together, while growing closer in their relationship. Lesbian heroes try out a kinky roleplaying scenario, and discover how to make it work for both of them. And an exhausted assassin relaxes after a long day with the kind (yet firm) attentions of his husband.

“Surprisingly, this has been one of my more stressful books,” said Meredith McClaren. “Not that it hasn’t been a lot of fun too, but so much of this book has felt like a gift I’m trying to give other people, and all the anxiety that comes from hoping I’ve crafted this gift well. I hope so very much that the book not only entertains, but leaves my readers feeling a little more joyful. That’s all I want, more than anything.”

A charming and magical graphic novel based on Louisa May Alcott’s Little Women! Jo, Beth, Amy, and Meg March are four sisters living in Concord with their parents—Father, who’s tending to soldiers fighting in the Civil War, and Marmee, who teaches the girls simple but effective witchcraft. The Marches have to keep their craft quiet, as there are many in Concord who see magic in a bad light—especially after things have begun disappearing.

When Mr. Laurence, a witchfinder, moves in next door to investigate the missing objects, the girls fear for their livelihood. But he turns out to be a kind old man, and his grandson, Laurie, quickly befriends the Marches. As the cold winter blusters on, the girls continue their education, even as missing objects soon turn into missing people.

Things take a turn for the worse when Jo and Laurie try investigating on their own, and a dangerous storm takes hold of Concord. There’s powerful magic at play here—stronger than anything the Marches, or even Laurie, has ever seen before. Can they hope to defeat it? Or has the magic already become too strong for them to fight against?

“I’ve been obsessed with Little Women since I first read it as a nine-year-old,” said Leigh Dragoon. “In the process of developing Little Witches: Magic in Concord, I’ve actually learned a lot more about the book, the character’s relationships, and Louisa May Alcott. I’ve done my best to stay true to the themes of the original book, while also exploring issues that were important to the Alcotts in real life. Finding such a good home for this book has been a dream come true.”

We are so excited to share these new OGNs and comic collections with you, and hope we give you a lot more to look forward to instead of just warmth and sunshine! For additional press queries, please contact Oni Press Director of Publicity, Melissa Meszaros: melissa@onipress.com. 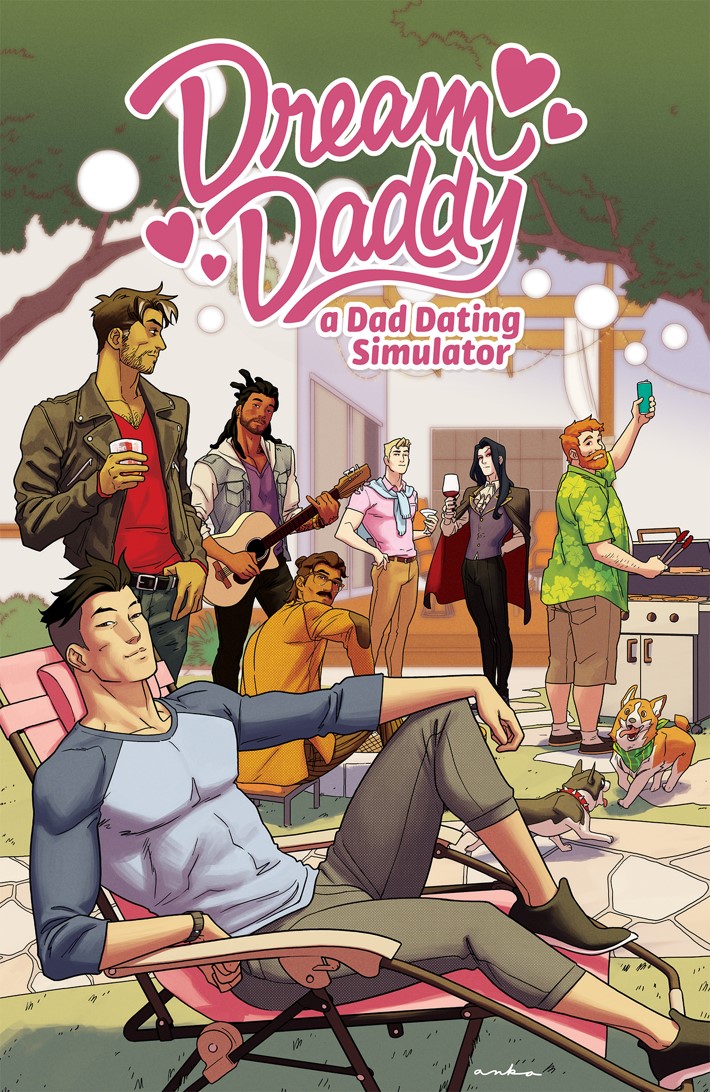 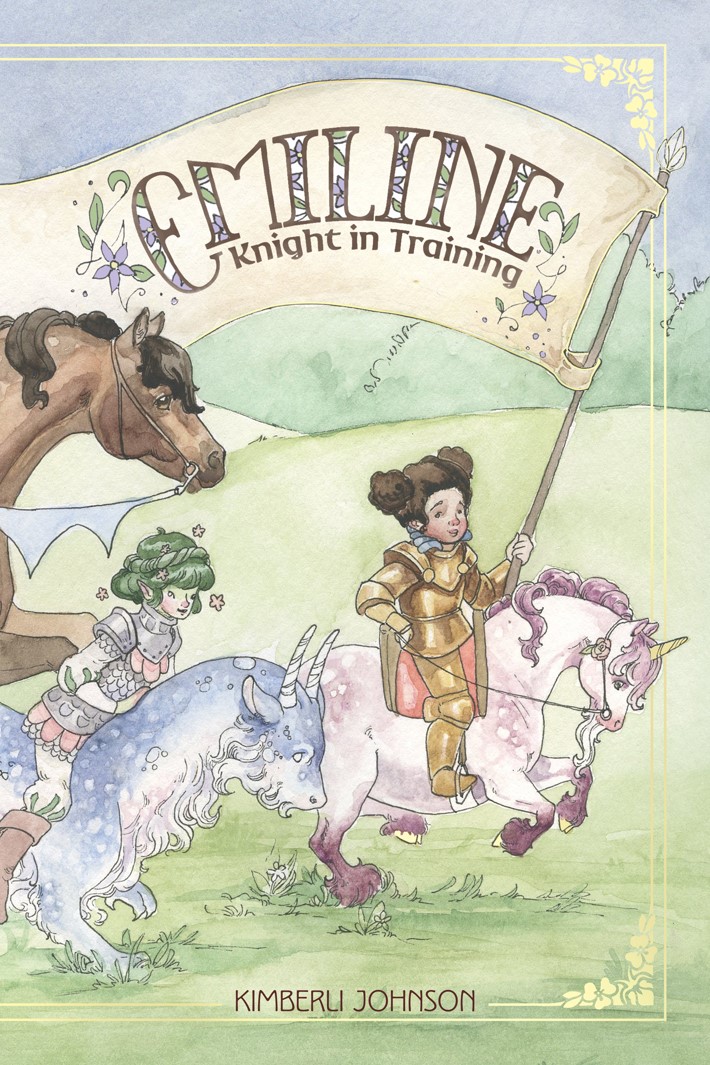 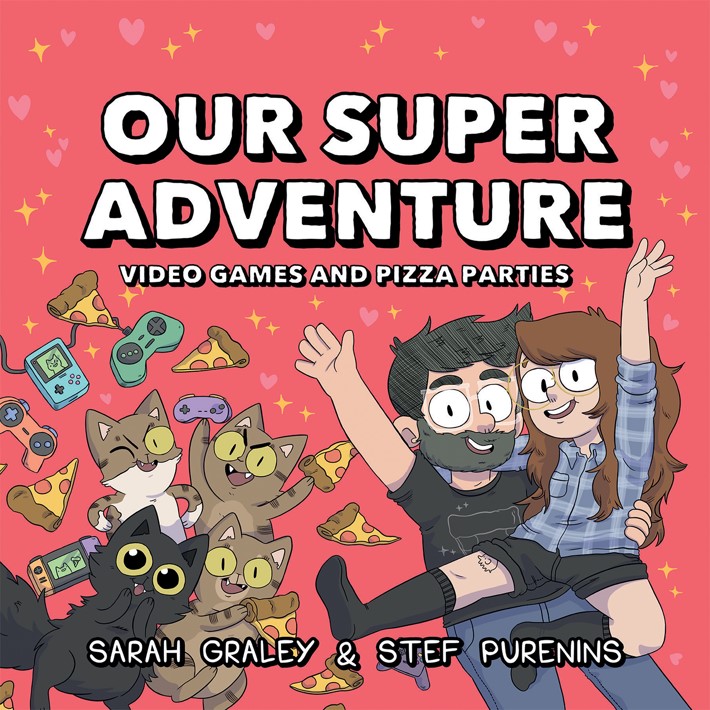 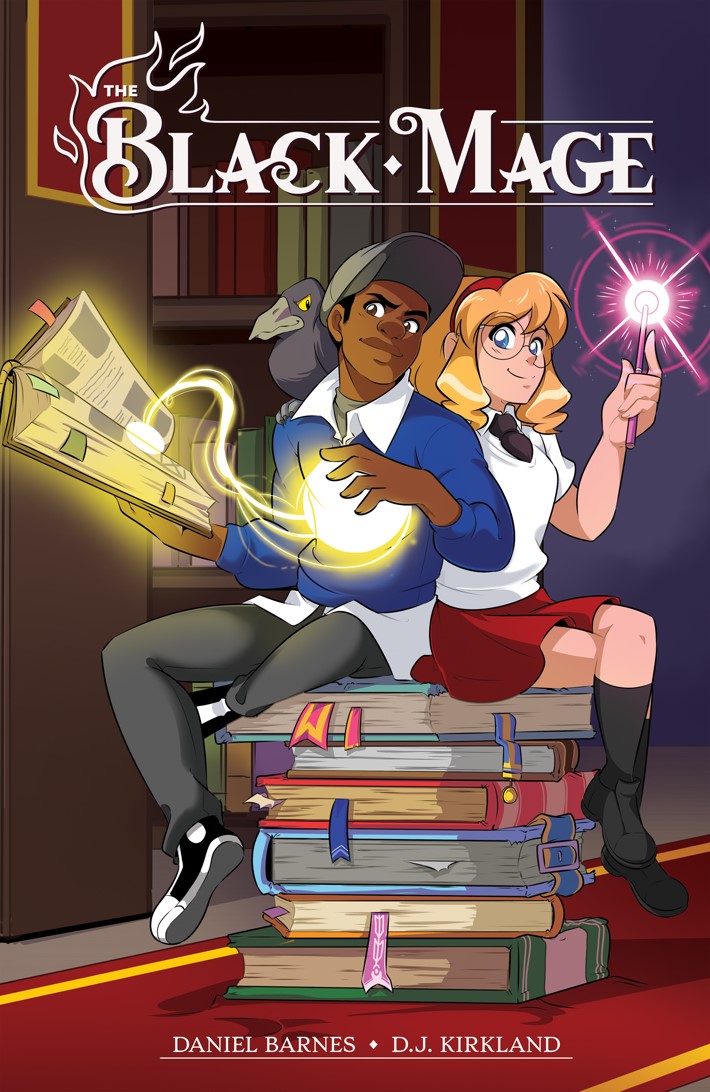 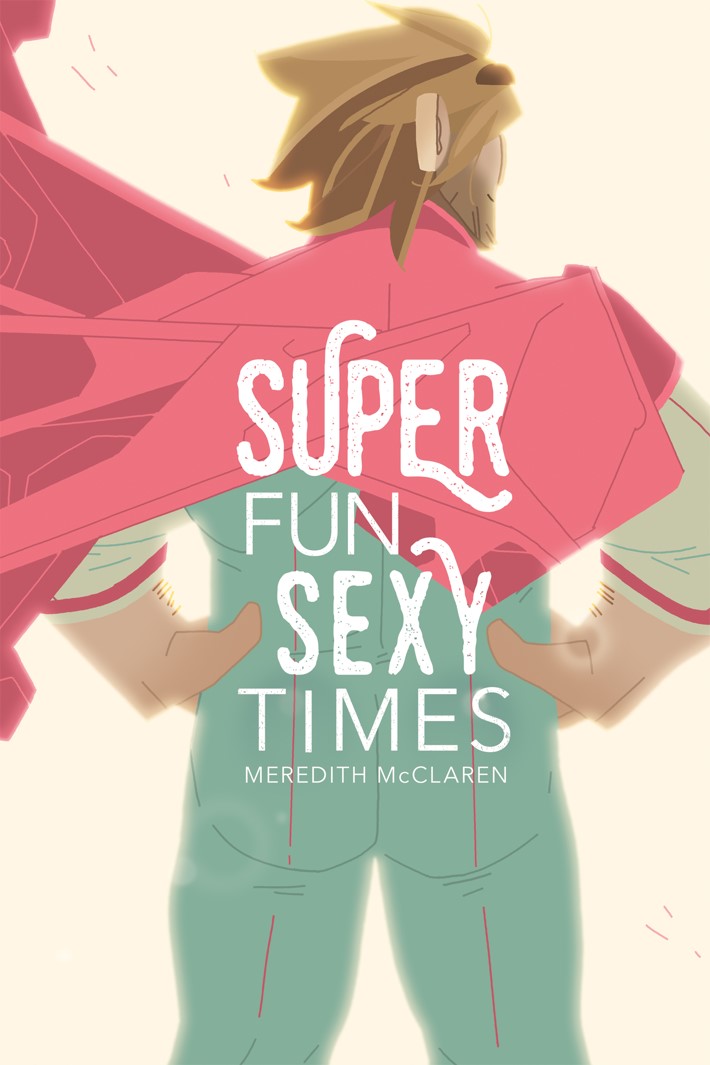 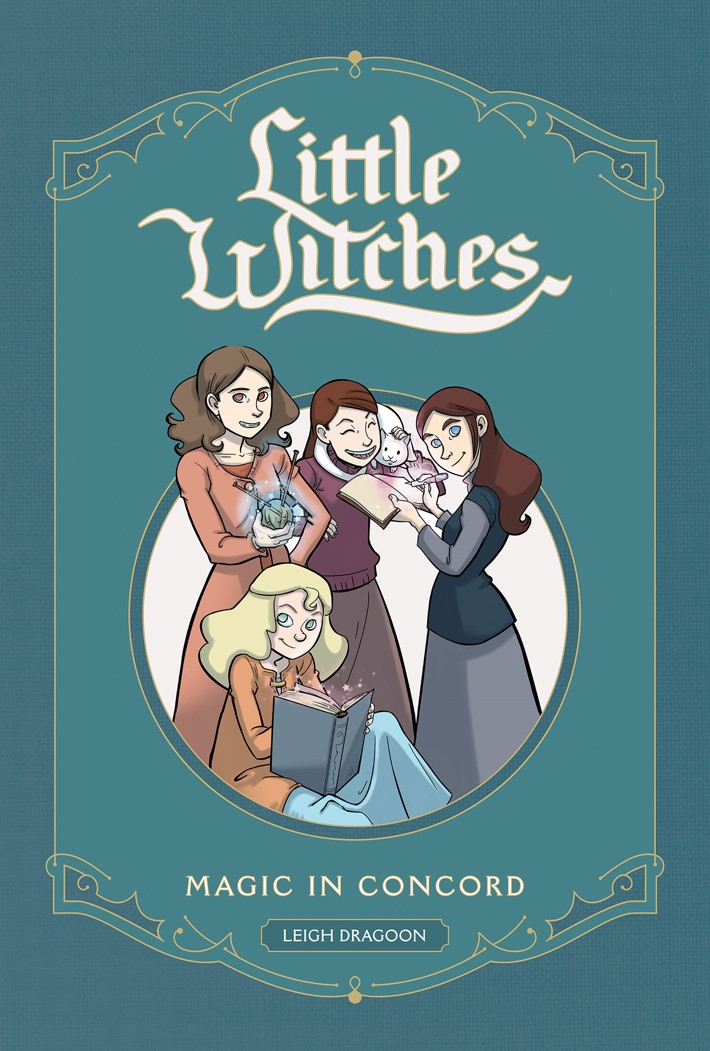