Why has ASM #298 fallen out of favor when Venom trailers are hitting YouTube? Does this represent a buying opportunity? Triple keys are usually a solid investment. They provide some security with multiple catalysts for ownership, a wider fanbase, and a greater number of bites at the apple of popularity.  Possibly one of the most undervalued keys is the first issue by the artist.  Be it Jim Starlin, or John Buscemi, or my favorite, Dick Giordano, these artists mine away at a lifetime of artwork. Their first book in comics is a big deal, in my opinion.  Further, the fans seem to agree for the most part. 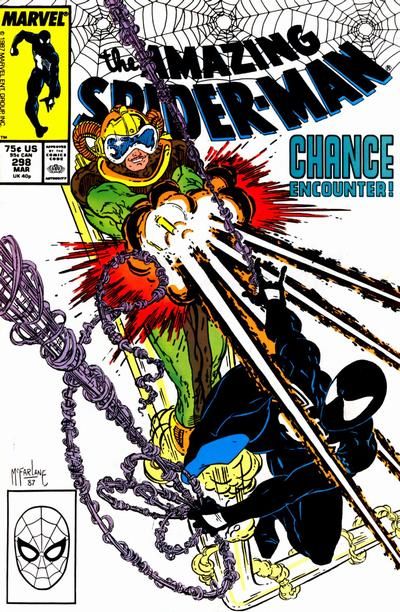 However, even triple keys fall from popularity. In fact, even with a big name and additional key elements in a book, popularity for it can dry up and blow away. Today, that book is Amazing Spider-Man #298. Why has Amazing Spider-Man #298 fallen out of favor? This is happening at the very time Venom trailers are hitting YouTube. Furthermore,  has this book lost value, and does this represent a buying opportunity? 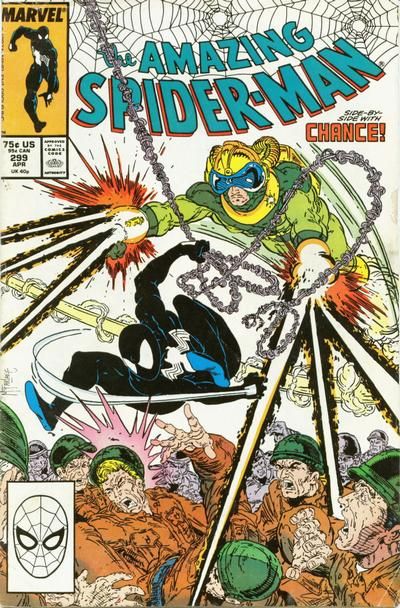 Instead, by comparison, Amazing Spider-Man #300 has shot to the moon, and is now headed for Mars! Again, this was a David Michelinie book with Todd McFarlane on the art.  This book has declined with a drop of  328 ranks to rank at #345.

The staying power of some of the Copper Age books is stupefying, to say the least. Heavily printed, very popular books at the time. Yet, even after a massive decline in popularity these books still hold a great deal of their value.  Is this an example of the Copper Age finally coming into its own? I believe it has.

For ASM #298 above the return in grade 9.8 is still positive +2.3% despite having fallen so far out of favor in GoCollect.com’s rankings. We do see a smidgeon of weakness in ASM #299 with a decline of negative -8.6%.  Further, ASM #298 did show a few additional prices decline in the lower grades.

The bottom line, you probably only have a slim“Chance” of loss with Amazing Spider-Man volume one. This blue-chip of Marvel Comic continues to expand in price and return despite setbacks. This particular triple key is still strong. For those collectors looking to add Amazing Spider-Man #298 to their roster of

books; now is probably a good time to buy without paying the premium. As for the investors among us, both these books are probably cheaper after Venom 2 has left theaters, or streaming online, or wherever we are going to watch it. For you spurious spectacular speculators, I do not see a good entry point for a flip. Maybe hold off with the investor group and wait for additional weakness. A triple key is not always a triple threat…