Modern Age Purge: Can Batman & The Punisher Claw Back?

Batman and the Punisher have fallen from the Top100 most popular books on GoCollect.com over the last month. Are these two books, one a MacFarlane key and the other the Punisher’s first self-title, continuing to circle the toilet bowl of speculation? Let’s review their free-fall from the heights of Modern Age popularity. Has this led to a severe decline in their trend returns? Anyone can stand a lack of popularity in their favorites, but watch them panic when the value is directly impacted. Do you have the spine of Batman or the inner resourcefulness of the Punisher to “weather this pop-storm?” 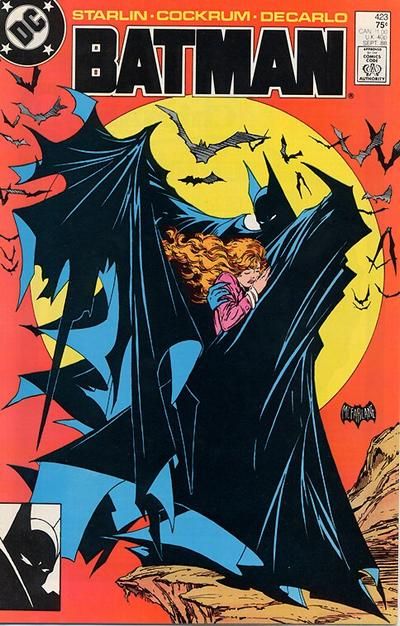 This “classic Todd McFarlane cover is highly collectible” and sought-after by both collectors and investors. When the speculators got wind of this popular McFarlane it really started to pop in value. The price for this book has surpassed $1700! Yep, a Modern Age book (or Copper Age depending on your definition) that is as expensive as a Bronze Age key. Not bad, Todd. This particular book also sports the talent of Sal Buscema (one of my personal favorites), and Jim Starlin with Mike DeCarlo.

Currently, Batman #423 has fallen 41 ranks to Bat-hook onto the 113th floor of the popularity skyscraper. Can this Batman comic book from 1988 battle back to popularity? 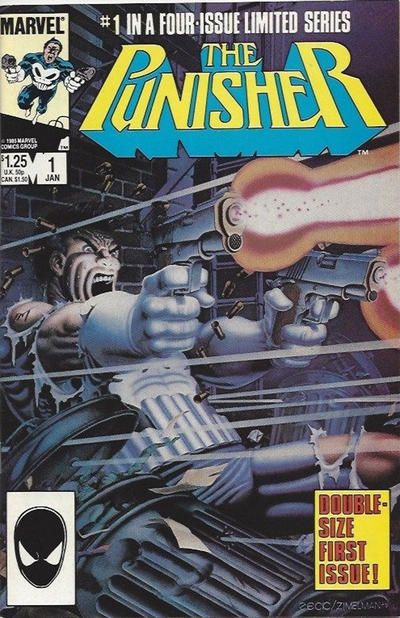 Say it isn’t so, Micro! Tell me Punisher hasn’t fallen 115 spots to the rank of #184 on the Modern Age ranking. It can’t be true, right? Unfortunately, despite all the Mike Zeck fans from the 1980s, yes. Castle’s can has been kicked down the road.  I have been kind of surprised at the resilience of this book. After all, it’s been two years since they canceled Punisher. How could this thing last?

Punisher #1 (Limited Series) is a big book for Frank Castle, and truly one of his better stories. But be that as it may, Punisher #1 is in the doghouse. Zeck, Zimelmin, and Steven Grant helped cement one of the most interesting anti-heroes ever created.  But what happened to our hero? Can he tactically re-insert himself into the Top 100 rankings?

Permanent Fixtures in Marvel and DC

Both books have fallen hard, it is true. But after slipping to the 100 to 200 ranking range perhaps this is transitory. With any other characters I would be concerned, but Batman and Punisher? I am very laid back because of their broad popularity over the ages. They are iconic and permanent fixtures in their franchises. Furthermore, Batman has a new movie coming out starring a certain glowing vampire; will he be Lumi-Batman? Only time will tell, cross your Bat-fingers and Bat-toes that they don’t destroy this venerable franchise.

The Punisher is a force, to be sure. His popularity is fairly consistent; once a fan, always a fan. As soon as the MCU figures out what to do with him I can see a $1000 price tag for this book. I suspect he will be appearing on HULU at some point, can’t wait!

The dark detective or the deathwish-dealing deadly vigilante; which will survive to claw back into the light? Both have been popular for a long-time, and I only see that growing.  We should see both rising in popularity over the next six months to regain their Top 100 status; the catalyst is a movie and or TV series.

In a head-to-head match up they are pretty equal. Both have high prices, both have trend returns at the positive +32% return trend level. However, one has a much better CGC Census standing. Yep, the dark detective wins in this matchup with only 195 copies of grade 9.8 in the CGC Census. If you don’t own a copy of this book get one, or in the immortal words of Dark Knight “Swear to me!” Batman #423 will continue to rise in value from here. Want to be sure to “get some” of this profit? Connect your speculation carabiner to this E-ticket Bat-ride and hold on for the ride of a lifetime.

A lot of people have been asking for a concert poster price guide, and GoCollect has it! Take a look today!

ComicList Previews: GUARDIANS OF THE GALAXY #13

I will never understand the thinking in this market. Why would Batman #423 be worth 10X the price of Detective #576, when the former just has a McFarlane cover and no interior art, while the latter has both McFarlane cover and interior art? Furthermore, Detective #576 is historically more significant since it’s the first McFarlane drawing Batman that was published 07/87, while Batman #423 was published a full 14 months later on 09/88. OK, Batman #423 does have the supposed Spawn-esque cover, but common so-called McFarlane fans — do some research as wake up to the market misprice and make the correction…

I like McFarlane and his version of Batman rocks. But I gotta say your pick of Detective Comics #576 is right on, but I like it for the Reaper story. That said, I think your comment captures the McFarlane Spawn craze to a T. Nam