This book has risen from obscurity and now is worth three times its value of three years ago. Furthermore, back in the day, these books were underappreciated to the extreme. Sure, we all knew that a movie was eventually coming for Spawn. But, there were other things to buy. What can be learned from this stark, over-published example? How high is the price for a Spawn near mint to mint slab today? Finally, Is Todd MacFarlane ever going to produce his movie for this character? “These are the questions that try men’s souls…”

Spawn has been with us for about 29 years. At that time, this book probably went up a little on the first Spawn movie but then collapsed into obscurity and low prices. Is there a lesson to be learned with this first movie? Further, is there going to be a new movie? And when?! Finally, what kind of return trend has followed this book over the years?

The trend return on this comic book is solid as an oak tree. Currently, grade 9.8 returns positive +18%, and grade 9.6 closely follows with +12%. We are almost halfway through the year, so that means a trend return somewhere in the +30% range, not bad. Longer-term is double the YTD trend. In some cases, triple.  I included 9.9 graded books here because in a way it creates a return trend ceiling for grade 9.8. Sorry, near mint to mint folks. You’re not top dog this time. That said, grade 9.8 has solid returns and has tripled in value over the last three years. Spawn #1 has been a great bet short-term.

Trend returns aren’t everything, and this book was heavily published and incredibly popular when it came out. For so many years, I saw many of these in bargain bins.  Now is the opportunity you have been waiting for, the timing of a sale for Spawn #1. There is talk of a reboot in development and Jason Blum, in May 2020, said, “It was in active development.” You have until the next movie and maybe a second movie after that. By then, Marvel will be dominating the market again and Spawn will be long forgotten. 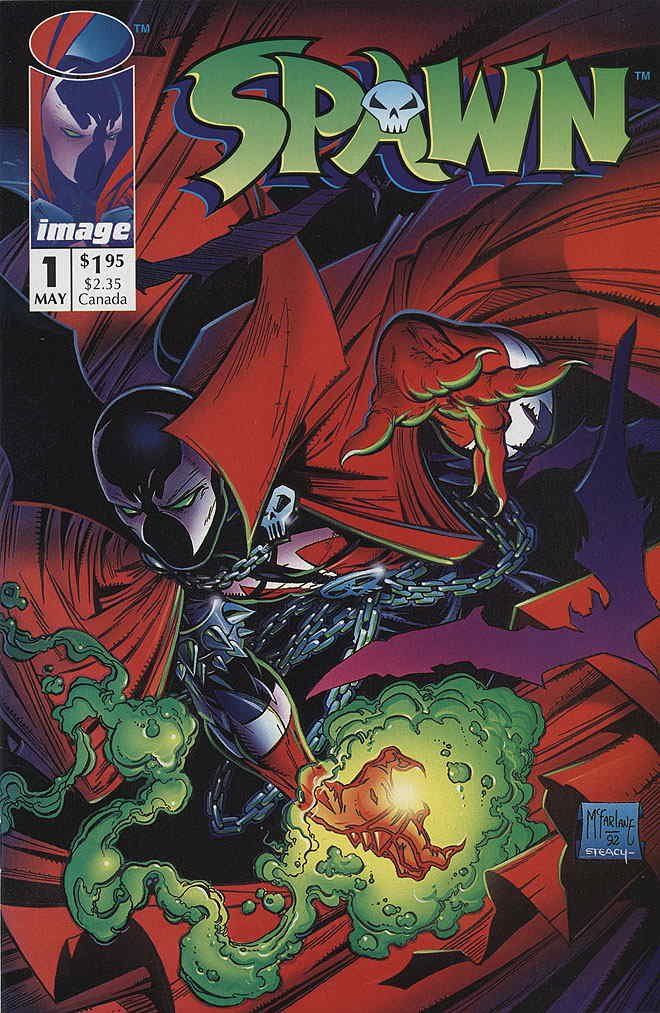 Unfortunately, Spawn is not a character that you can easily build on. He doesn’t appeal to most children, is kind of R-rated, and has way too much violence. The end result is we will see Spawn every now and then in a movie. But please trust me, do not think Spawn #1 as if you owned ASM #129 or even ASM #300. It is not that book. He is kind of the junk food of heroes, cheap, and fun to consume; but not good for you over the long term.

Spawn will be long forgotten? Spawn has one of the biggest followings in comics – a following that is extremely devoted. It’s had a steady rise and will continue to do so over time with or without a movie.

I didn’t mean the character but rather the speculation and investment around his key. It is a timeless character just not defensible as a long-term key. Thanks. Nam

Nice article! Glad to see it’s picking up even with the very large print run. Would have loved to see where the #1 newsstand edition fits here as well.

Underappreciated? Spawn 1 was like the hottest thing under the sun, despite 6 copies for every man, woman and child.

good point, but five years ago this key was in the standard bins, worth $9. LOL “6 copies for every man, woman, and child” was hilarious thank you. Nam