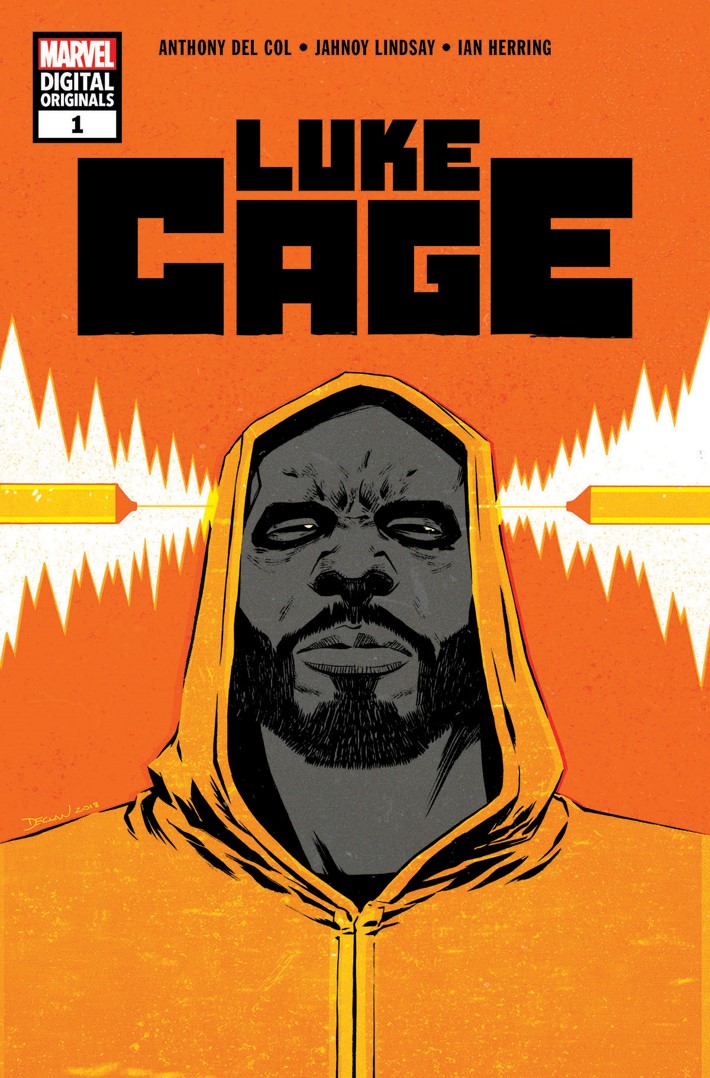 When Harlem faces an unprecedented heat wave, the people look to their hero—the unbreakable man, Luke Cage! But the heat wave turns out to be the least of Harlem’s worries. Someone has their sights set on the city’s 1%, and the rich and powerful are dropping dead from mysterious illnesses. In LUKE CAGE #1, Harlem’s Defender springs into action to stop this killer—but he’s just received a devastating diagnosis of his own…

“Between Jahnoy Lindsay and Ian Herring on interiors and Declan Shalvey and Jordie Bellaire on covers, the art direction on this book has been very much Hitchcock-style noir, which we’re having a lot of fun with,” said series editor Alanna Smith. “On both this and JESSICA JONES – MARVEL DIGITAL ORIGINAL, we’re working hard to create distinct visual worlds that really sing in the digital format. As people have already experienced with JESSICA JONES, this new format allows us to get stories to readers quicker, in a more binge-able format that keeps the tension high and the action plowing ahead. Now, a story that would usually take half a year to deliver will only take three months, and the trade will drop shortly after that. It’s a format we’re very excited to explore, especially for books like LUKE and JESSICA which are more popular with our digital and trade readers!”

Series writer Anthony Del Col said, “Luke Cage is an amazing character, and I’m honored to create an original story that takes him in a completely different direction. He’s almost impossible to defeat physically, so it took me a while to realize that perhaps the biggest challenge he could have to overcome would be something internal. And after doing research and talking to specialists about CTE incidents amongst football players and soldiers, it seemed natural that it could make for a very compelling and relevant storyline for our ‘Hero for Hire.'”

After reading Luke’s DOUBLE-SIZED #1, be sure to check out the other thrilling Marvel Digital Originals coming soon to your favorite reading devices!