Concert Poster Gems from Heritage’s January 28 – 29 Entertainment Showcase Auction
Different Ways to Sell Comic Books & Collectibles Pt 3: Mid-Range Auction...
Hottest Comics: Cable’s First Appearance Edges Out Hulk #181 and FF #48
Weekly Silver, Copper, & Bronze Age Spec: Ghost Rider
Skybound is Opening Up For Investors – Would You Invest With Them?
The Comics That Every ’80s Kid Had to Have
Action Comics #1 “Rocket Copy” Sells for Record $3.5 million
Oddball of the Week: Lady Deadpool
Has Uncanny X-Men #120 Overcorrected?
The Sports Cards That Every 80’s Kid Had to Have
Comics

It’s good to be king in CIVIL WAR II: KINGPIN #1 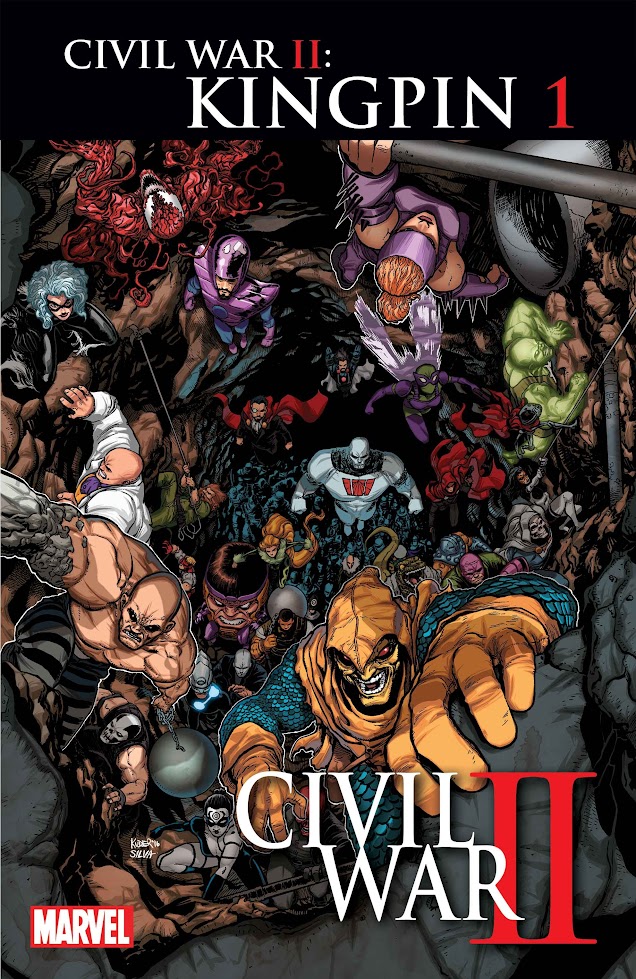 A new Inhuman with the ability to predict the future has helped the heroes of the Marvel Universe stop crime before it even happens. But amid this crackdown on the villains, one man has found a way to thrive. Wilson Fisk has a secret, and its helped him stay a step ahead of the good guys and keep his criminal enterprise running like clockwork. But how? What is his secret?!

“Wilson Fisk is an opportunist, first and foremost,” says Rosenberg in an interview with Marvel.com. “Under his selfish motives, his brutal exterior, or even the façade he puts up as a pillar of his community, he is a man who sees ways to benefit himself and he takes them.”

“The new Civil War will provide him a unique opportunity. He is a Civil War profiteer.”

What secret is Fisk keeping that’s kept his house of cards from tumbling down? More importantly – what will happen when that secret gets out? Don’t miss CIVIL WAR II: KINGPIN #1 when it comes to comic shops and digital devices this July!

To find a comic shop near you, visit www.comicshoplocator.com or call 1-888-comicbook.

About Marvel: Marvel Entertainment, LLC, a wholly-owned subsidiary of The Walt Disney Company, is one of the world’s most prominent character-based entertainment companies, built on a proven library of more than 8,000 characters featured in a variety of media over seventy years. Marvel utilizes its character franchises in entertainment, licensing and publishing. For more information visit www.marvel.com