While exploring the Unknown, Greg and Wirt suddenly find themselves back home—only it looks like they brought Beatrice back with them?! Now, it’s up to them to help Beatrice return safely to the Unknown before anyone realizes she can talk. But it looks like something sinister might be happening in the shadows and everything might not be as it seems. It’s a mad dash filled with friendship, love, Sara, and learning that home might be a lot further away than you think.

“The world of Over The Garden Wall is rich and filled with so many mysteries that we’ll never be able to uncover them all — but Jonathan and Jim are doing their best to attempt it,” said Whitney Leopard, Editor, BOOM! Studios. “OVER THE GARDEN WALL: DISTILLATORIA follows Greg, Wirt, and Beatrice on an all-new adventure that only gets even more exciting with each turn of the page. We’re thrilled to have a chance to continue to work with these amazing characters, and this book will just remind you why you fell in love with them in the first place.”

OVER THE GARDEN WALL: DISTILLATORIA OGN is the latest release from BOOM! Studios’ critically acclaimed KaBOOM! imprint, publisher of world-class licensed series such as Adventure Time, Steven Universe, Peanuts, and Garfield, along with original series like Brave Chef Brianna by Sam Sykes and Selina Espiritu, and The Deep by Tom Taylor and James Brouwer.

Print copies of OVER THE GARDEN WALL: DISTILLATORIA OGN will be available for sale on November 21st at local comic book shops (use comicshoplocator.com to find the nearest one) and on November 28th at book stores or at the BOOM! Studios webstore. Digital copies can be purchased from content providers, including comiXology, iBooks, Google Play, and the BOOM! Studios app.

For more on OVER THE GARDEN WALL: DISTILLATORIA OGN and other projects from BOOM! Studios, stay tuned to www.boom-studios.com and follow @boomstudios on Twitter.

ABOUT CARTOON NETWORK
Cartoon Network Enterprises (CNE) is responsible for building consumer products and merchandising programs for a wide range of brands by securing and supporting long-term licensing partnerships across all categories. As the global branding and merchandising arm of Cartoon Network and Adult Swim, the division manages the consumer product programs for the networks’ award-winning original programming, brands and characters including Ben 10, Adventure Time, The Powerpuff Girls, Steven Universe, The Amazing World of Gumball, Mighty Magiswords, and We Bare Bears, as well as Rick and Morty on Adult Swim.

Cartoon Network is Turner’s global entertainment brand and the # 1 animation network in the U.S., offering the best in original content for kids and families with such hits as, Adventure Time, The Powerpuff Girls, Steven Universe, We Bare Bears and The Amazing World of Gumball. Seen in 192 countries and over 400 million homes, Cartoon Network inspires the next generation of creators and innovators by engaging its audience at the intersection of creativity and technology. Its award-winning pro-social initiative, Stop Bullying: Speak Up, is an acknowledged and often-used resource for kids and adults looking for tools that can assist in dealing with the ongoing issue of bullying.

Turner, a WarnerMedia company, is a global entertainment, sports and news company that creates premium content and delivers exceptional experiences to fans whenever and wherever they consume content. These efforts are fueled by data-driven insights and industry-leading technology. Turner owns and operates some of the most valuable brands in the world, including Adult Swim, Bleacher Report, Boomerang, Cartoon Network, CNN, ELEAGUE, FilmStruck, Great Big Story, HLN, iStreamPlanet, Super Deluxe, TBS, Turner Classic Movies (TCM), TNT, truTV and Turner Sports.

​About BOOM! Studios
BOOM! Studios was founded by Ross Richie in 2005 with the singular focus of creating world-class comic book and graphic novel storytelling for all audiences. Through the development of four distinct imprints—BOOM! Studios, BOOM! Box, KaBOOM!, and Archaia—BOOM! has produced award-winning original work, including Lumberjanes, The Woods, Giant Days, Klaus, and Mouse Guard, while also breaking new ground with established licenses such as WWE, Mighty Morphin Power Rangers, Cartoon Network, and The Jim Henson Company properties. BOOM! will also bring their original series to life through unique first-look relationships with 20th Century Fox for film and with 20th Television for the small screen. Please visit www.boom-studios.com for more information. 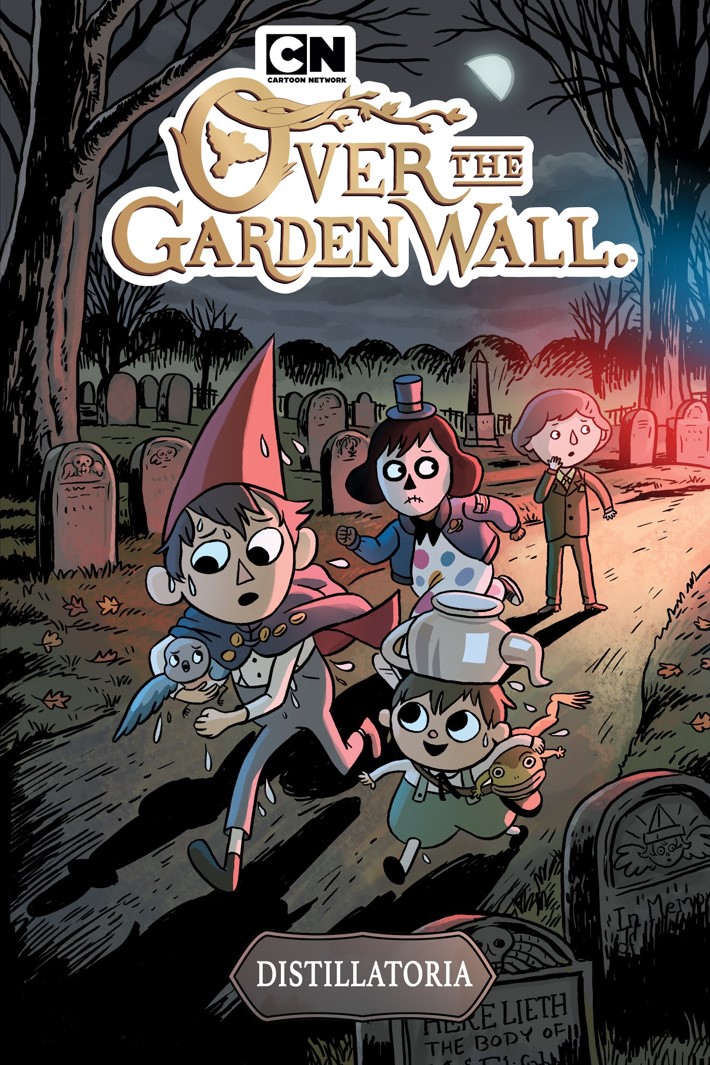 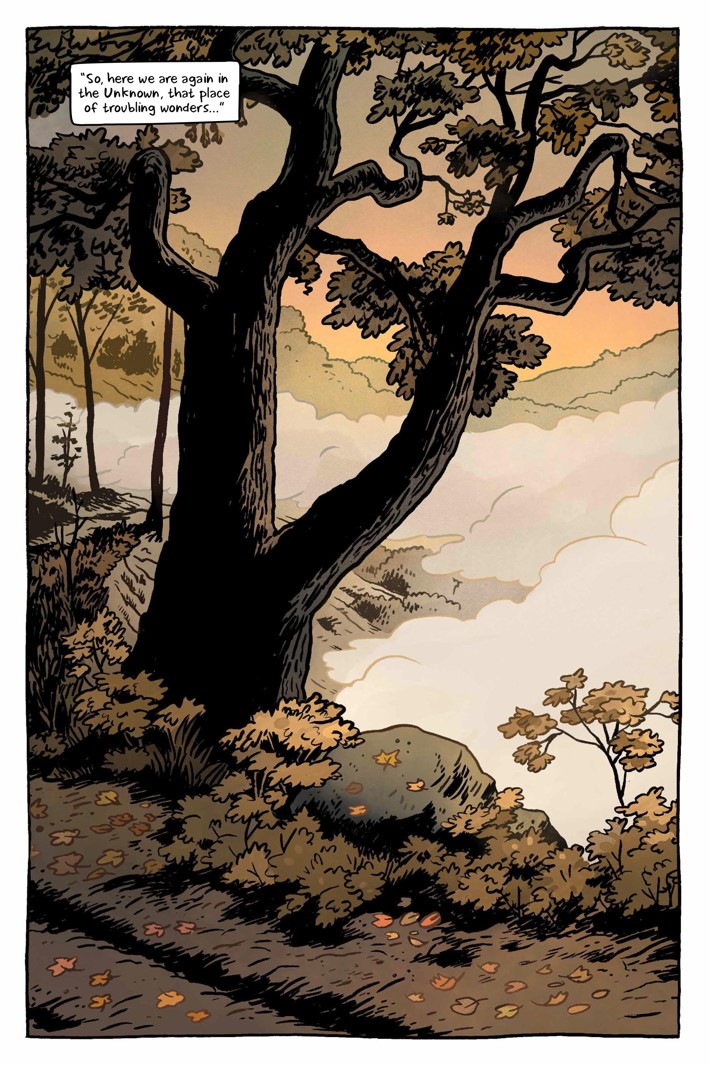 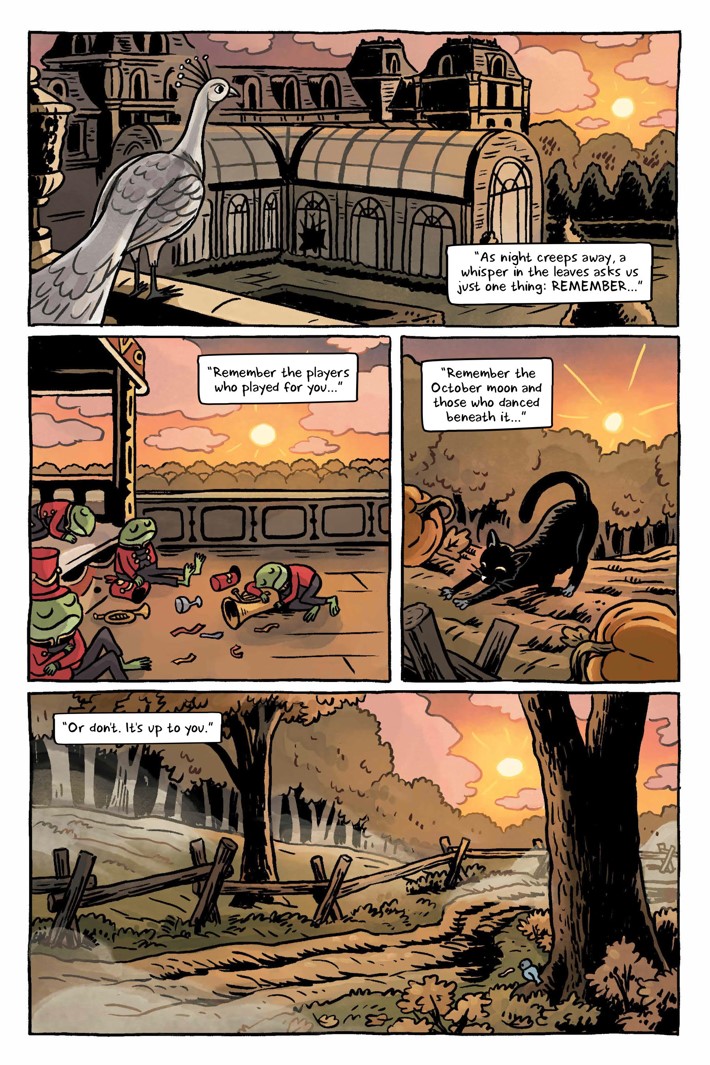 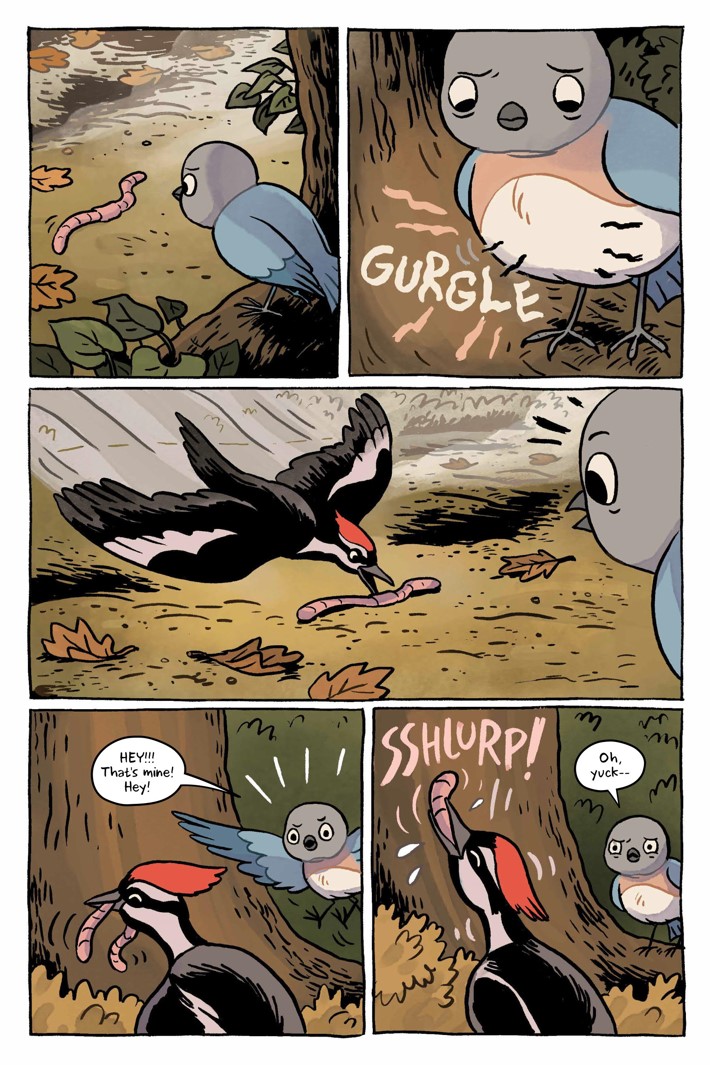 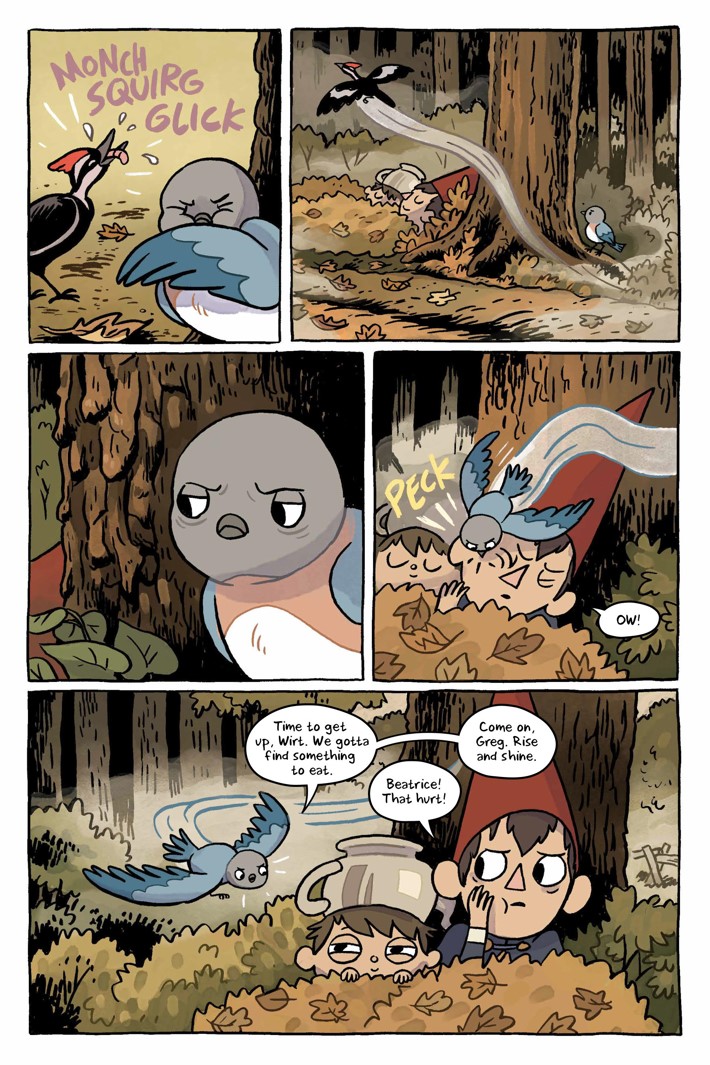 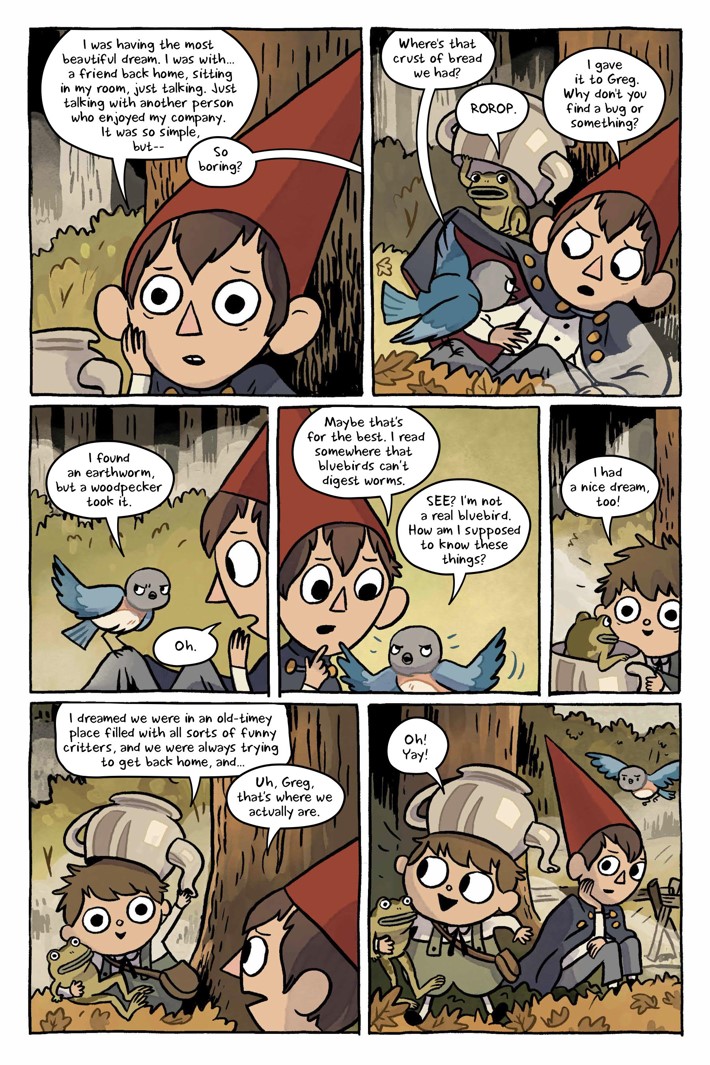 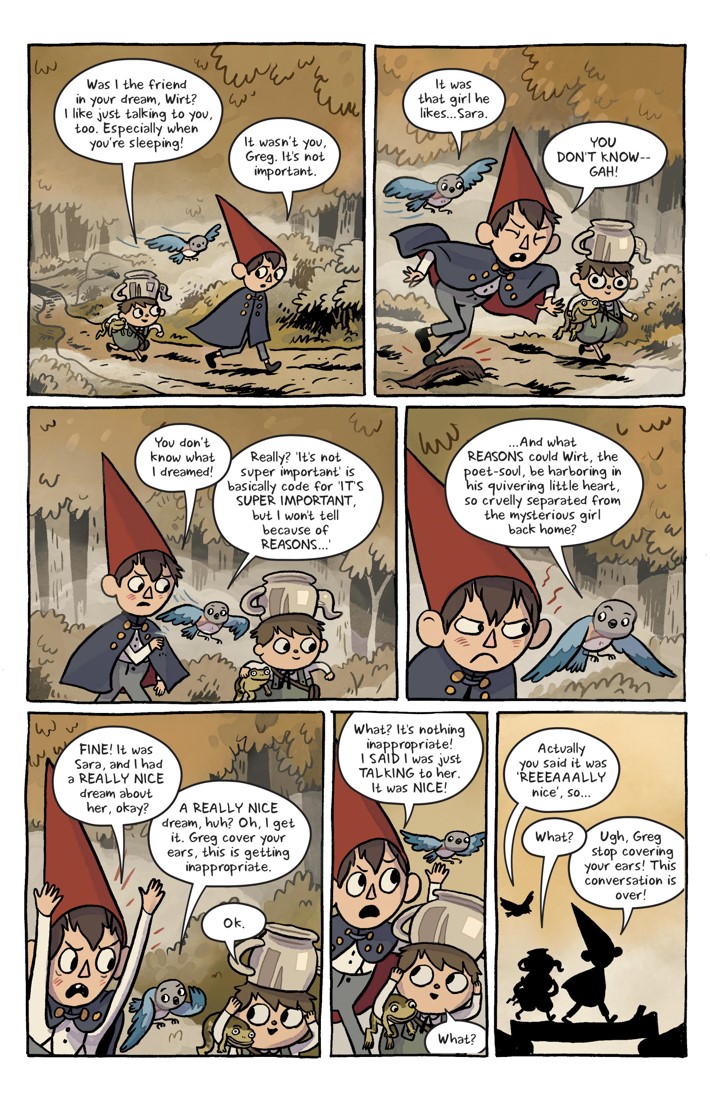 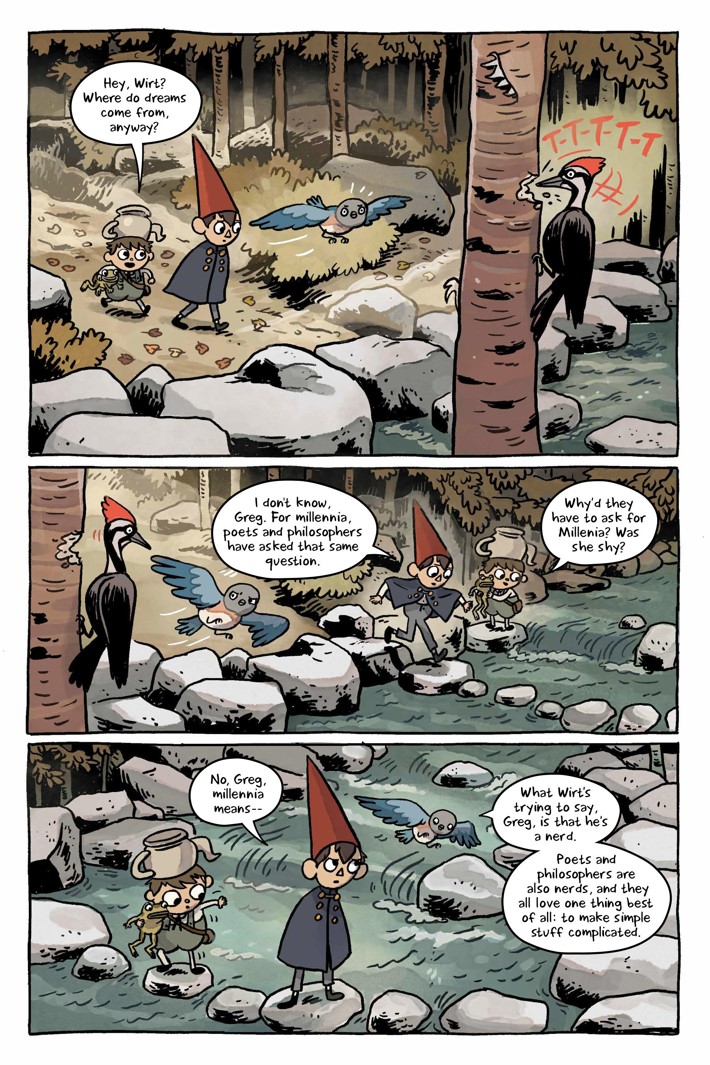 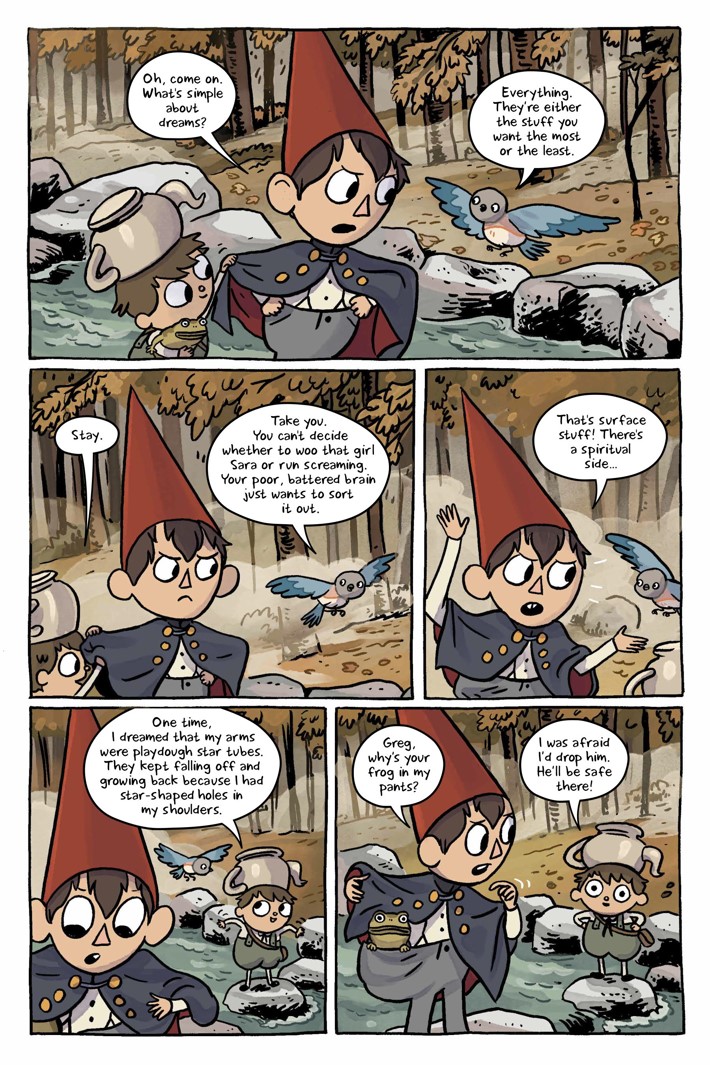 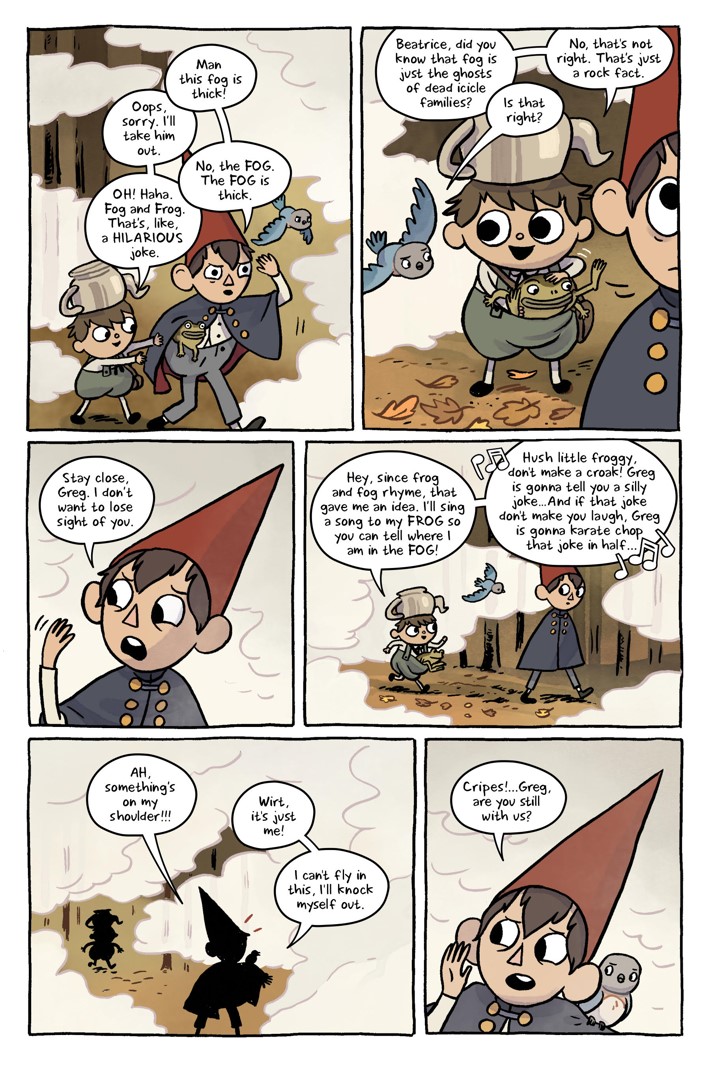 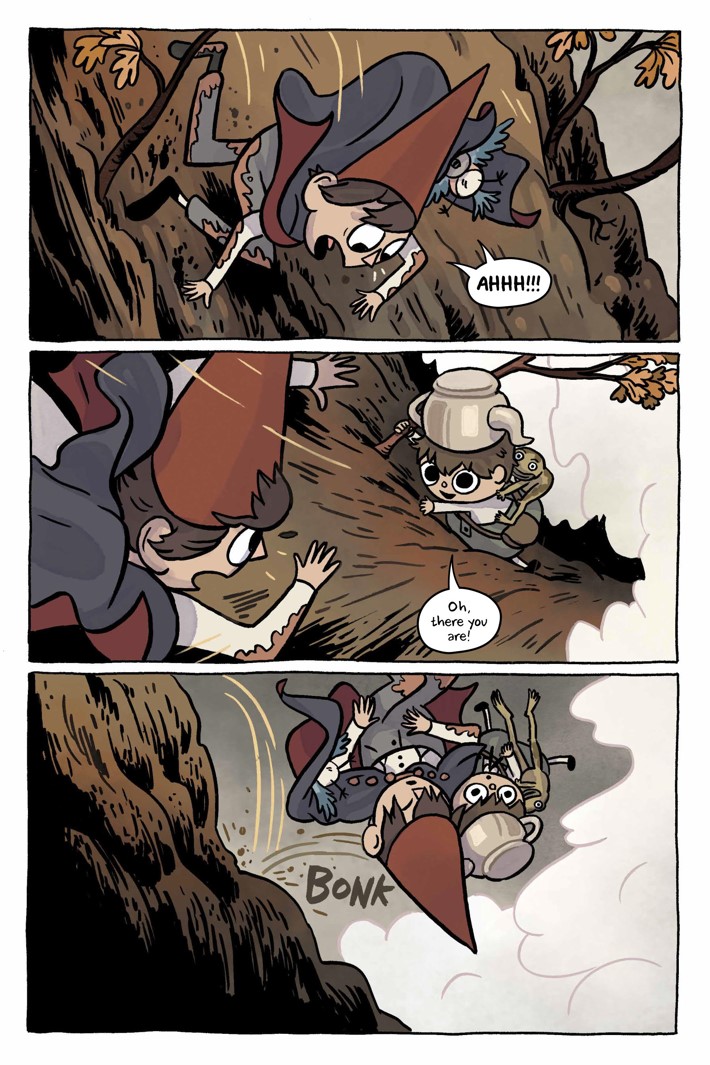 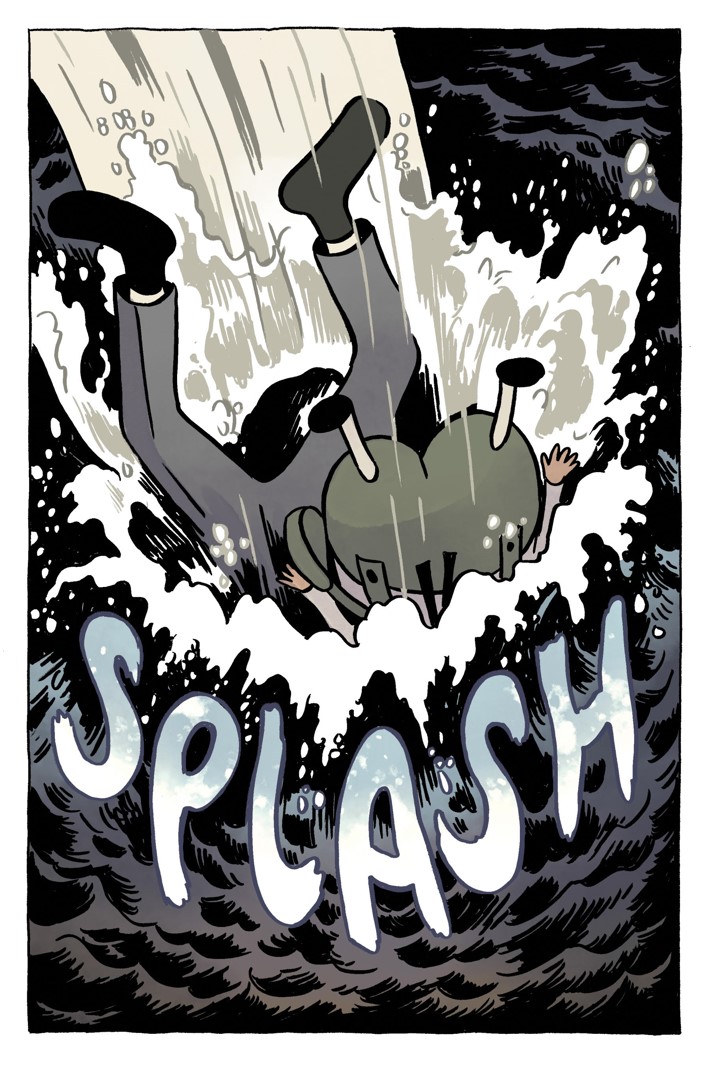 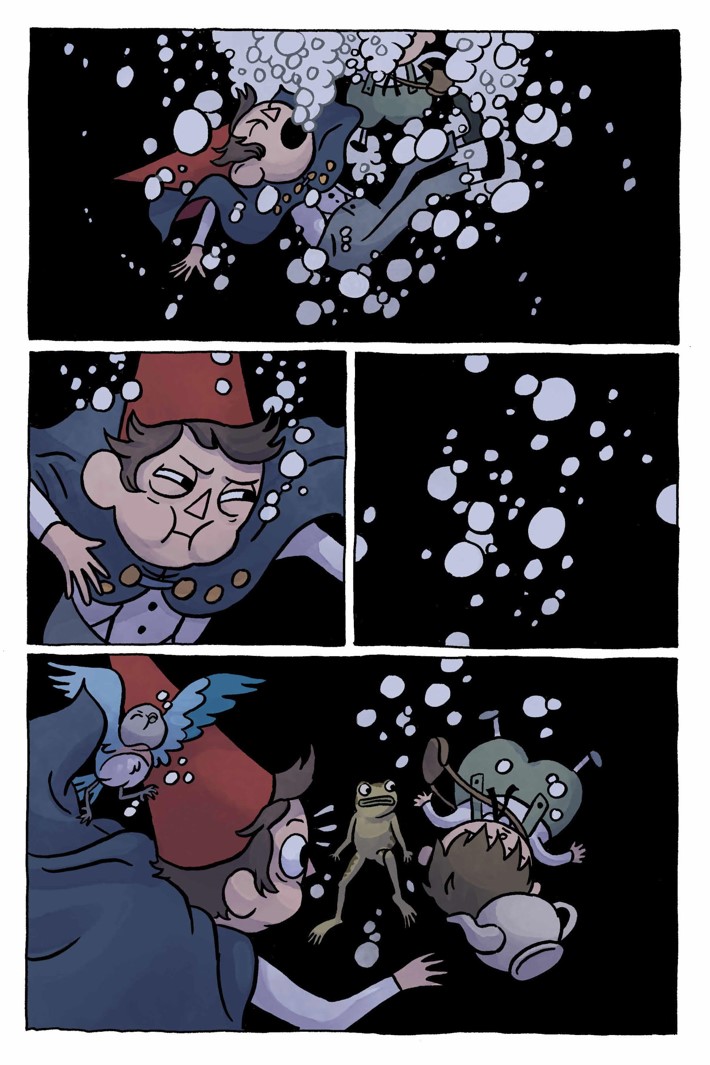 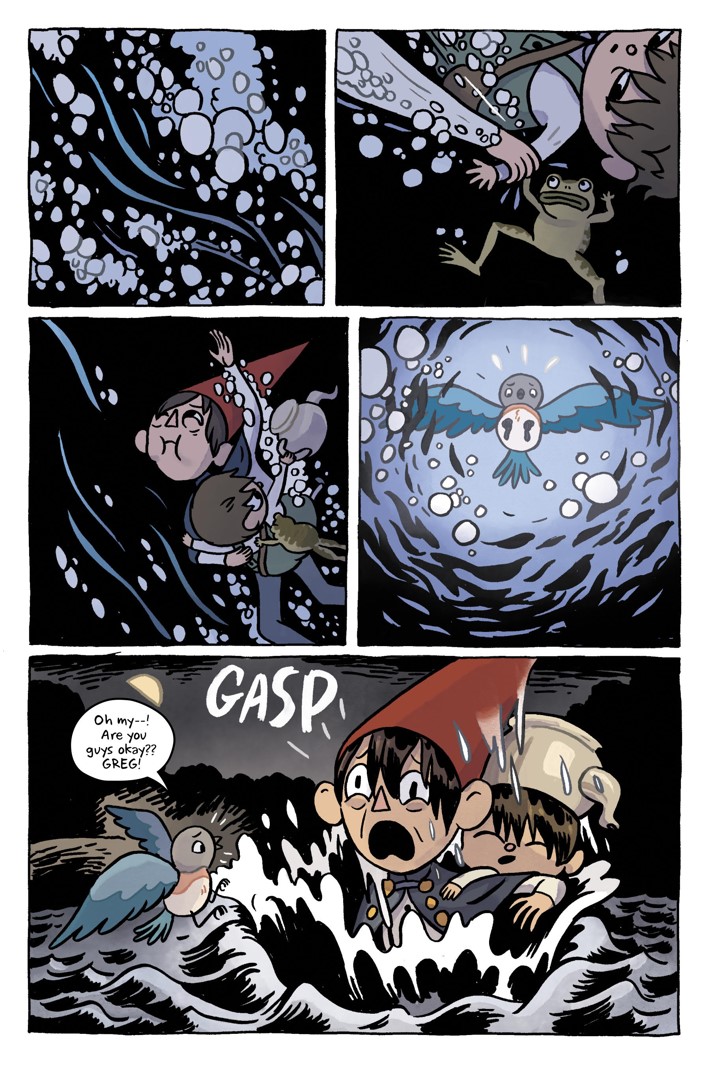 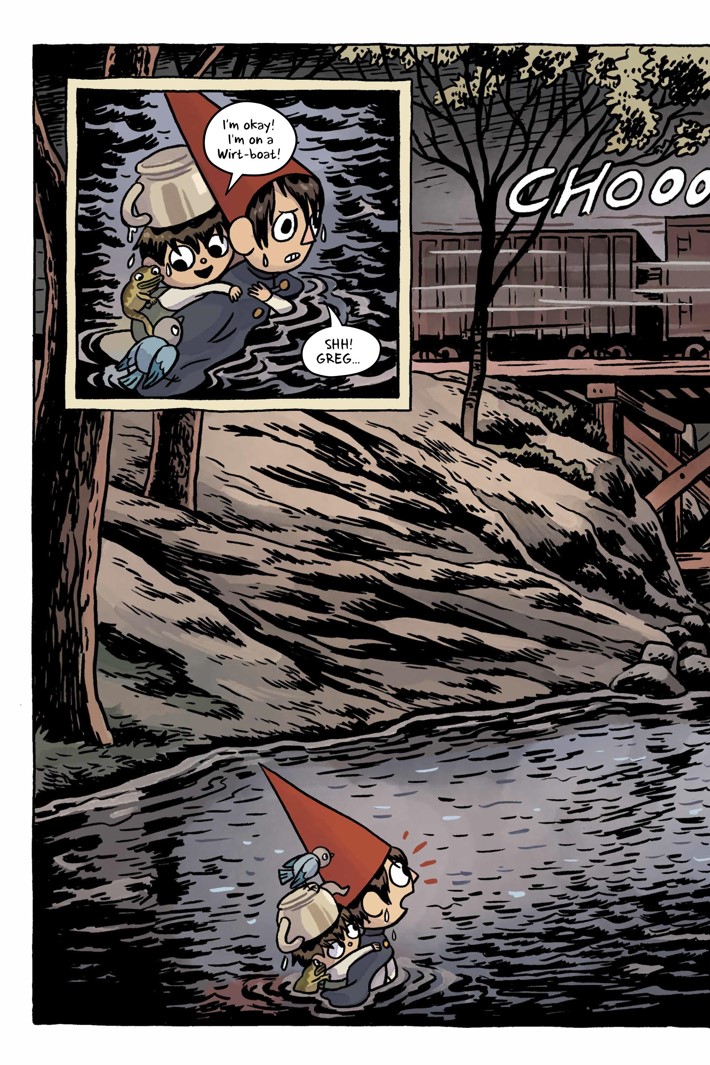 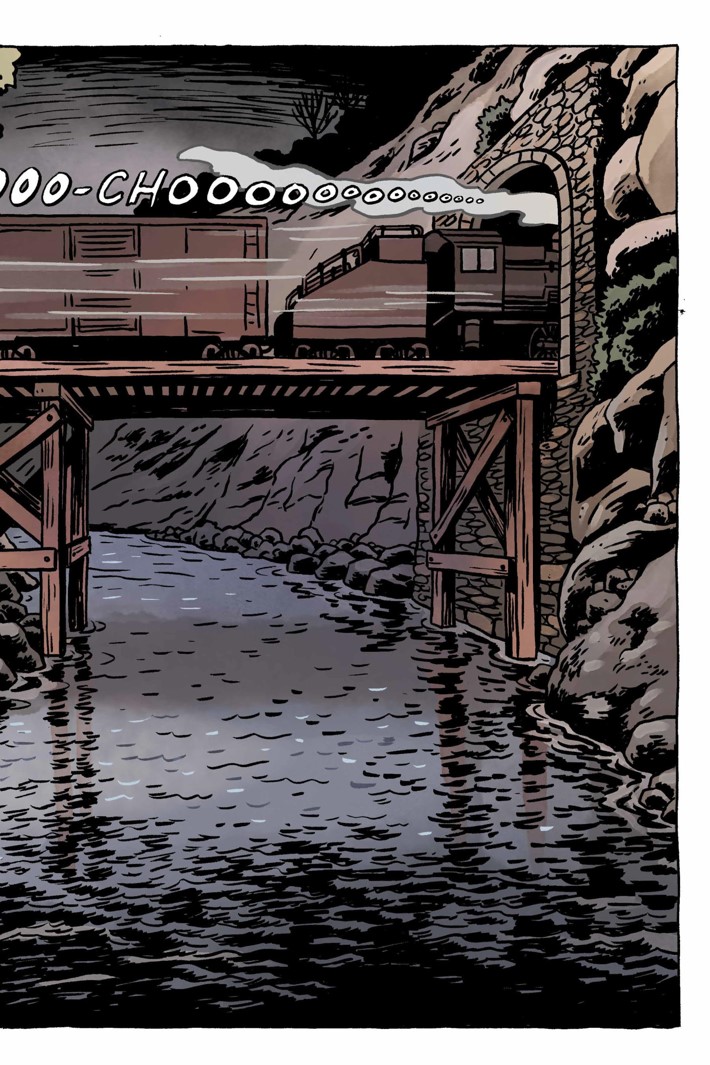 THE ART OF HALFBRICK explores the world of mobile games

Hottest Comics: Biggest Moves for the Week of...

Disney+’s Hawkeye: Get Ready for the Swordsman and...

A Hunger For Galactus

Will the Next Superman Please Stand Up!

70s Spider-Man and All That Entails

What Do You Get with a Free GoCollect...