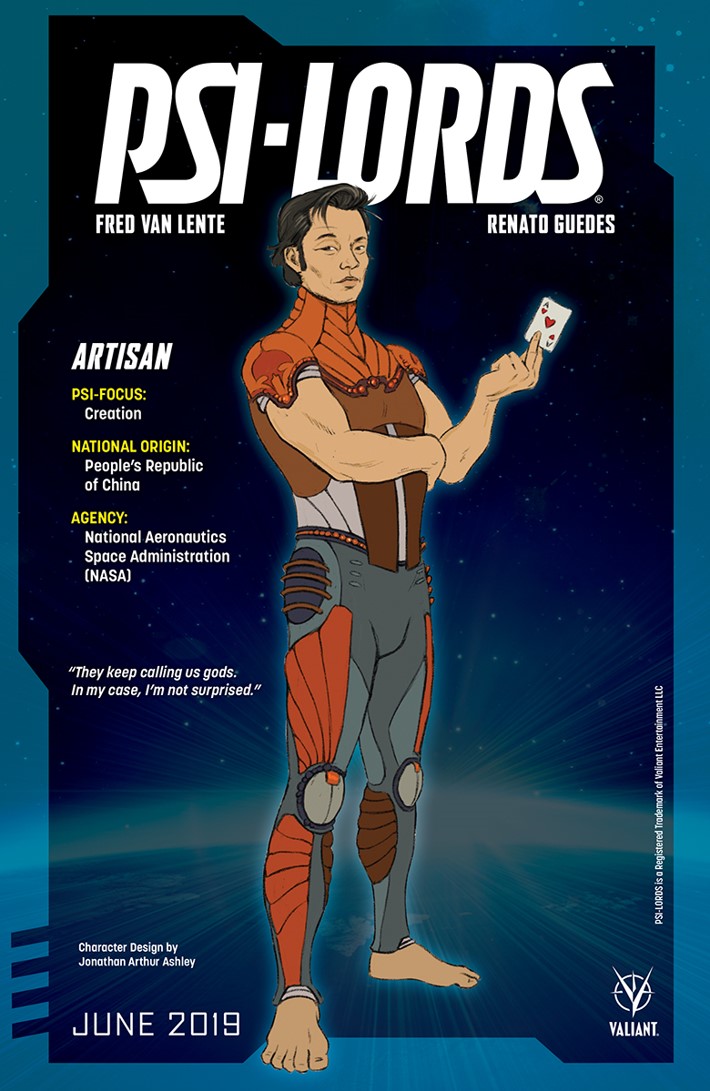 Valiant Entertainment has released character profiles for, as you would expect, characters, from the upcoming comic PSI-LORDS.

Meet Artisan, Beacon, Hazard, and Tank, four brand-new characters being added to the Valiant Universe! Are they the actual Psi-Lords? If not, who are the Psi-Lords, and what does this quartet have to do with them? More will be revealed in the coming weeks during the lead-up to the June 19 debut of PSI-LORDS #1!

For now, here’s what Fred Van Lente has to say about each character:

“Artisan is one of these guys who’s never had to do a hard day’s work in his life because he charms his way out of every responsibility. Ironically, his power is he can create hard-energy constructs out of thin air, shape matter, and, basically, make whatever he can conceive. His cocky attitude disgusts an emotionally needy person who’s desperate for people to like him.”

“Beacon is the outsider of the group—aloof, intellectual, introspective—not because others exclude her, but because she excludes herself. As her name implies, Beacon has a variety of light powers and can see on multiple levels of the electromagnetic spectrum.”

“Hazard’s power set is very keyed to lifeforce—which can be both protective and ruthless in its drive for survival. No one is more shocked by her lethal skills than she is. She swings in mood extremes between a shy wallflower and a ruthless murderer.”

“Tank is pure will—he just barrels through whatever stands in his way. He’s also the nurturing, emotional core of the group, the rock everyone else stands on when the you-know-what hits the fan. Think ‘cheerful Juggernaut.'”

Valiant Entertainment, a subsidiary of DMG Entertainment, is a leading character-based entertainment company that owns and controls the third largest library of superheroes behind Marvel and DC. With more than 80 million issues sold and a library of over 2,000 characters, including X-O Manowar, Bloodshot, Harbinger, Shadowman, Archer & Armstrong, and many more, Valiant is one of the most successful publishers in the history of the comic book medium. Valiant consistently produces some of the most critically acclaimed comics in the industry and has received numerous industry awards and accolades, including a Diamond Gem Award for Comic Book Publisher of the Year. For more information, visit Valiant on Facebook, Twitter, Tumblr, Instagram, and ValiantEntertainment.com. For Valiant merchandise and more, visit ValiantStore.com. 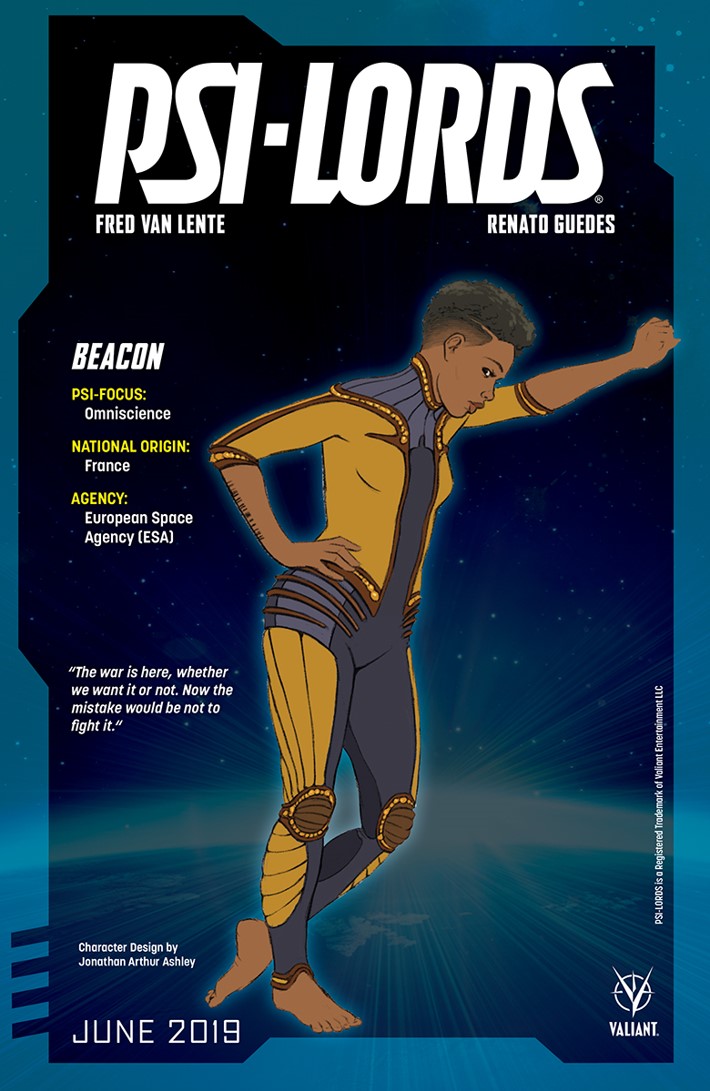 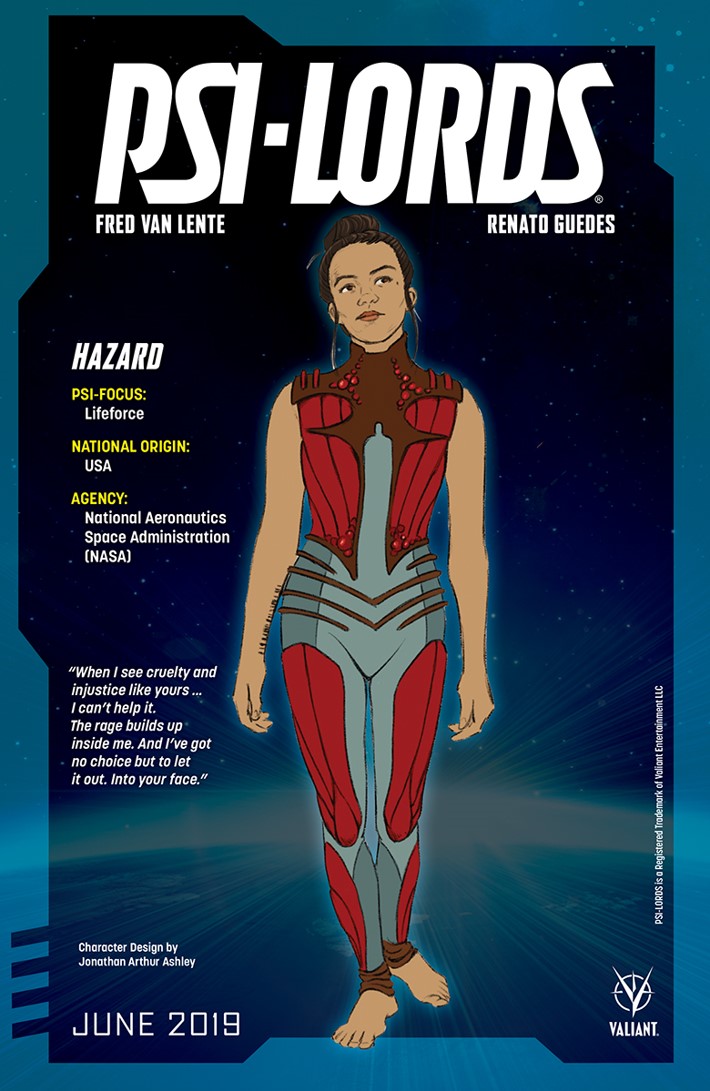 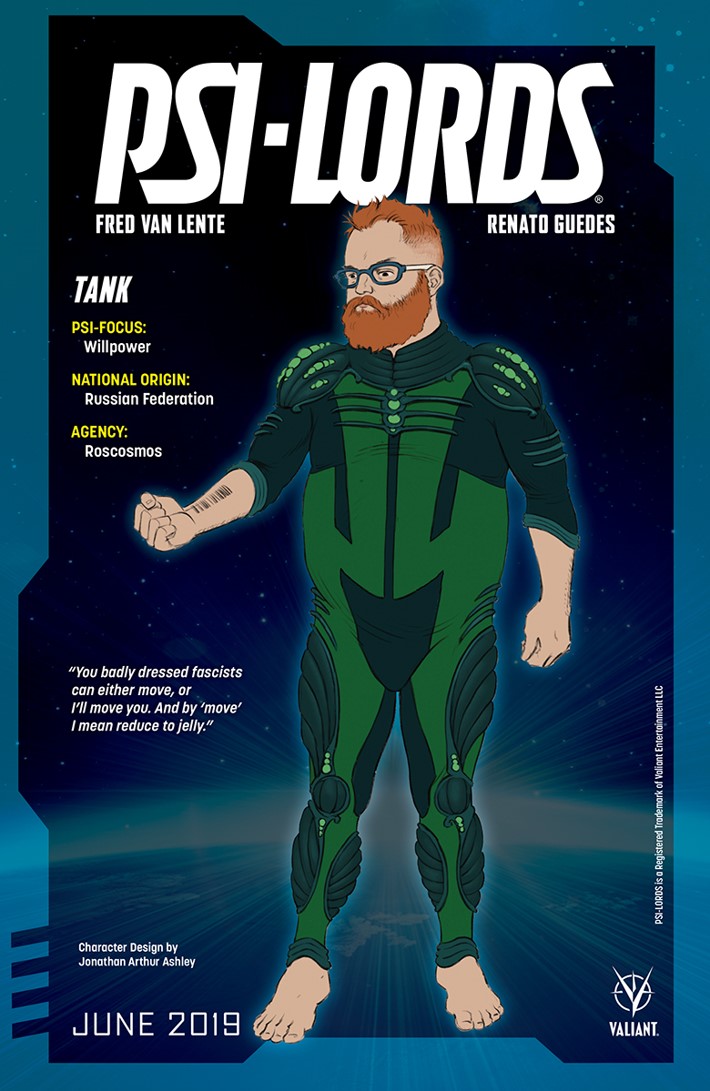