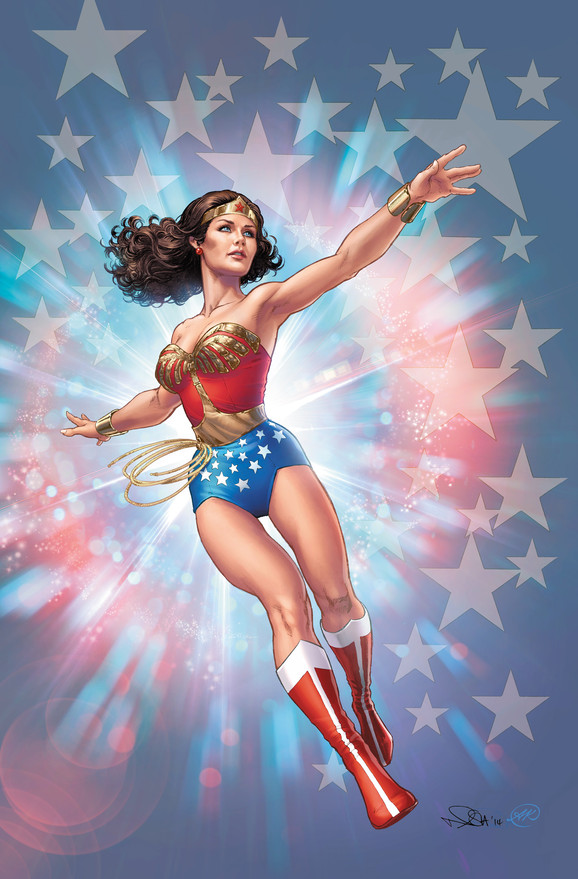 MORTAL KOMBAT X, in development by NetherRealm Studios and to be published by Warner Bros. Interactive Entertainment, is the next installment in the critically acclaimed game franchise which continues 25 years after the events of 2011’s MORTAL KOMBAT. The new comic book series of the same name will serve as a prequel to the game and will feature many favorite characters and the next generation of Kombatants. The series is being written by Shawn Kittelsen with interior art by Dexter Soy and covers by Ivan Reis. The series will debut in January 2015.

On the heels of the SENSATION COMICS FEATURING WONDER WOMAN launch will be WONDER WOMAN ’77, a new series based on the popular 1970s television show starring Lynda Carter. The series will be written by Marc Andreyko with several covers drawn by Nicola Scott. Additional artists for the project will be named in the coming weeks. WONDER WOMAN ’77 will debut digitally in December with six consecutive weekly chapters. These will be collected in two print issues to be released early in 2015. The series will then resume in the spring and appear periodically throughout the year.

The first-ever Digital First Vertigo title will be FABLES: THE WOLF AMONG US, based on the critically-acclaimed episodic game series from Telltale Games licensed by Warner Bros. Interactive Entertainment. The story will be written by Matthew Sturges and Dave Justus with art by Steve Sadowski, Travis Moore, and Shawn McManus. The cover artist for the series is Chrissie Zullo. FABLES: THE WOLF AMONG US will be a weekly Digital First series and is set to debut in December 2014 with print collections to follow in 2015.