It’s here and it’s sweet! The Nutmeg Hardcover Edition: Fall collects issues 1-6 of the coming-of-age culinary crime series in a single gorgeous volume. Witness Poppy and Cassia’s emerging friendship and criminal scheming as they build their illicit brownie empire in an attempt to take down rival Saffron and her Lady Rangers. Includes the extremely rare Halloween short story!

What people are saying about Nutmeg:

“This is the kind of comic we need more of; intelligent accessible and creative that is perfect for getting young adults into reading comics.” (Comic Spectrum)

“Nutmeg is exactly what we need more of in the comic industry, and hopefully this series becomes the hit it deserves to be.” (Graphic Policy)

“It’s an all-ages tale that is willing to have over the top fun while taking just a light and intriguing walk on the mysterious side.” (Comicosity)

“The spice puns will never not be funny.” (PopOptiq) 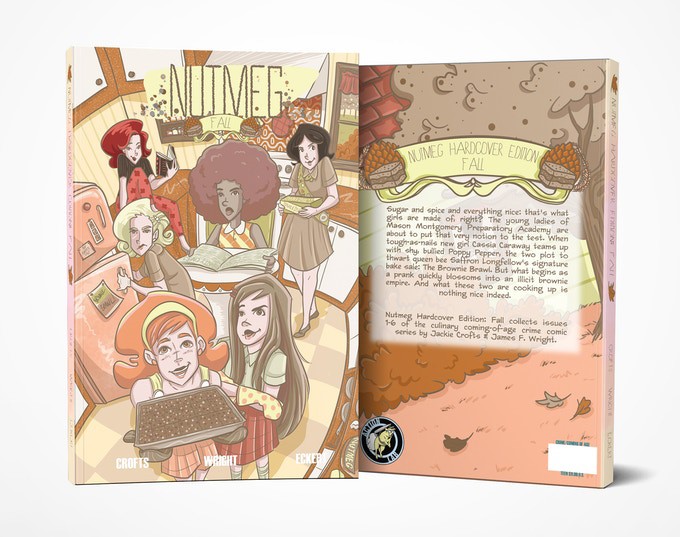 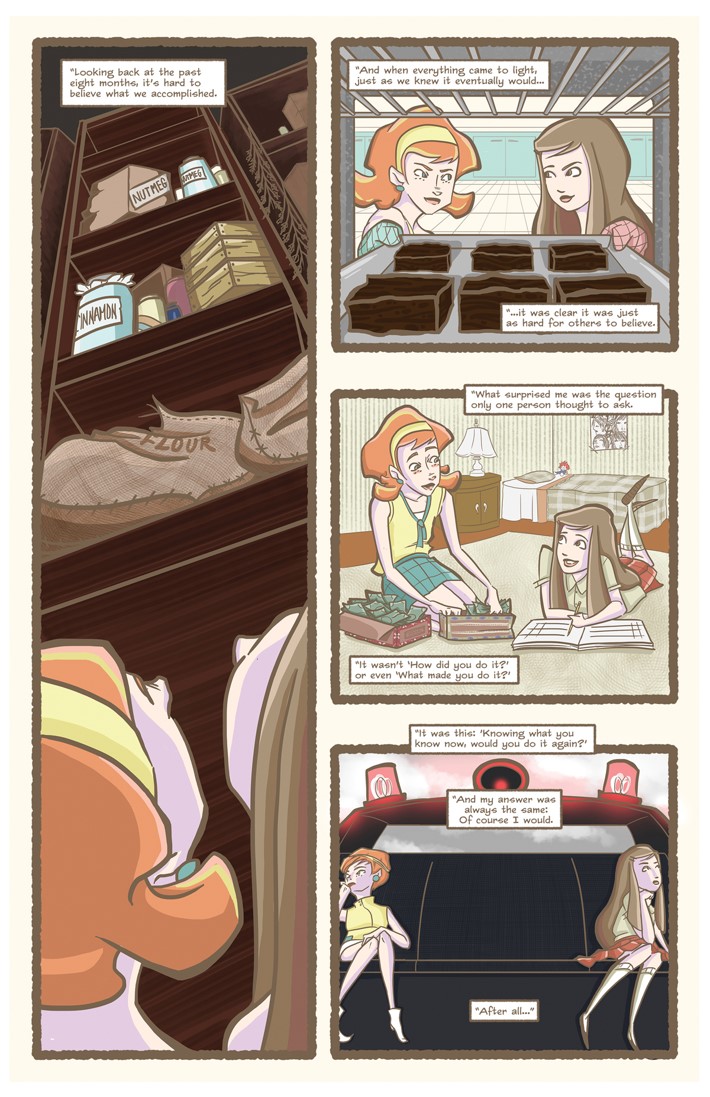 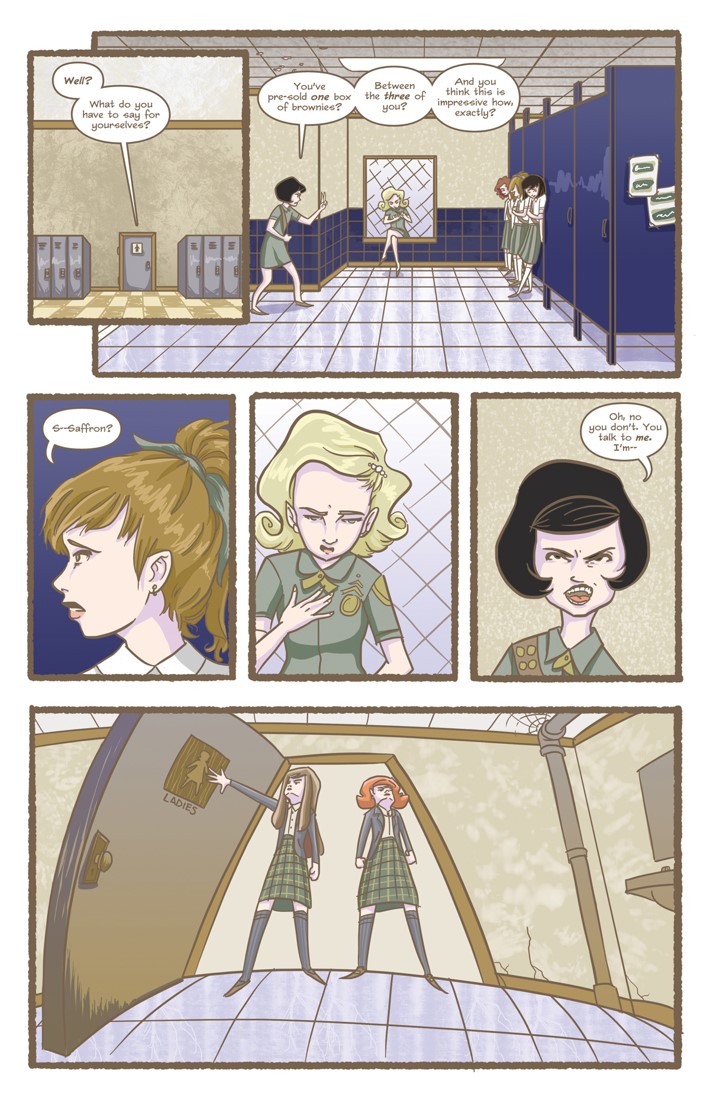 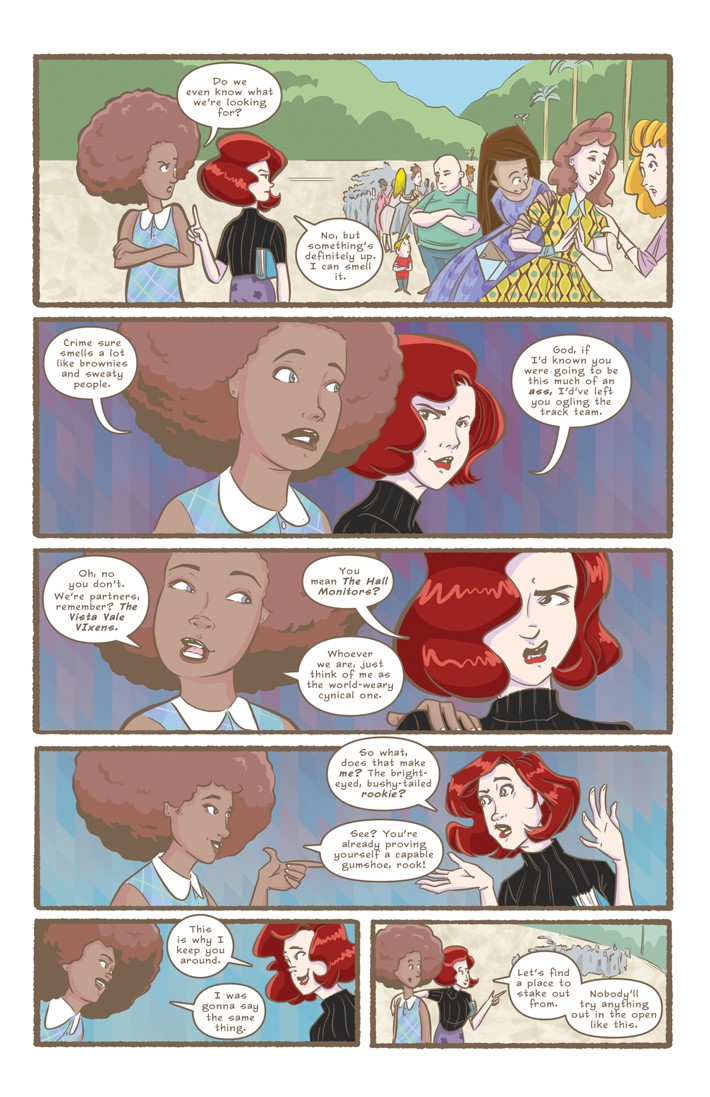 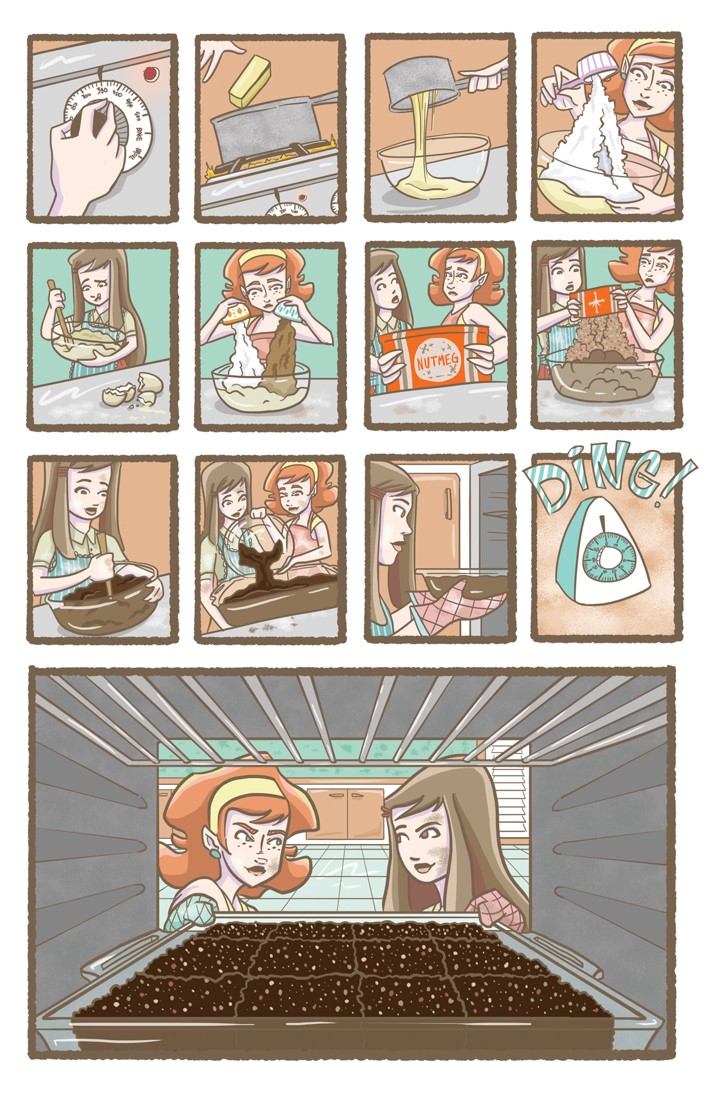