Join us for the magical adventures of Holly, the daughter of Santa Claus, and Frostina, a Yeti Princess, as they explore the mystical wonders of the land of Polaris. In this first volume in a series of oversized keepsake hardcovers, Holly and Frostina journey to the subterranean city of Undertown to investigate trouble in Troggie Town. There is an evil force scheming right below Snowville, and it threatens Christmas itself!

What people are saying about NorthStars:

“This is a nice little comic that took me back to discovering holiday stories as a kid.” (Amazon Customer Review)

“It is the start of a fun exciting adventure. One that will fill you with the Christmas spirit and plenty of joy.” (First Comics News)
The creative teams are available for interviews and promotional opportunities.
For more information retailers, press and conventions can reach Nicole D’Andria at ndandria@actionlabcomics.com. 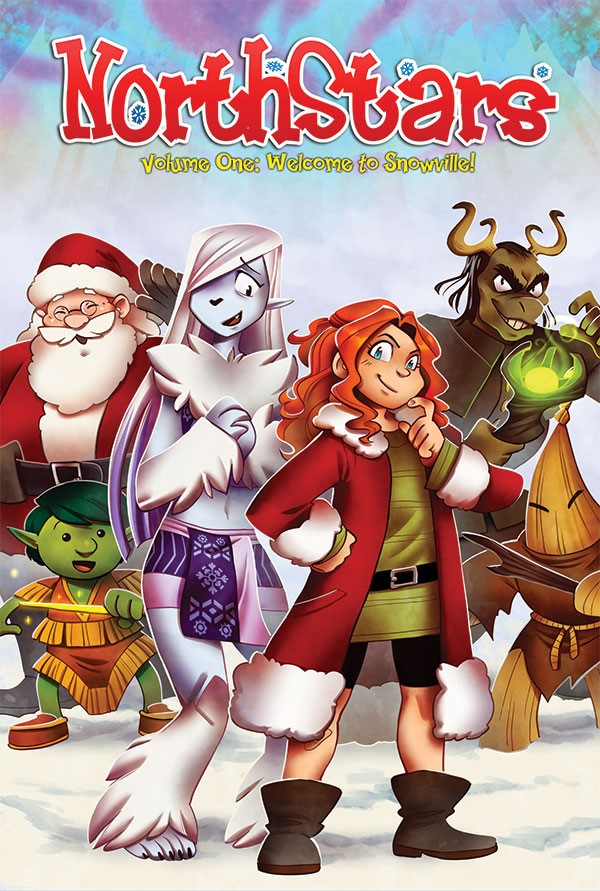