Ladybug and Cat Noir take on more of Hawk Moth’s akumatized villains. Marinette’s great-uncle Wang Cheng, a famous chef, becomes Kung Food. Taste his soup and you’re under his control. Her classmate Max gets turned into Gamer after losing a video game tournament. He creates a giant robot that threatens to destroy all of Paris. Her other quiet classmate, Juleka, transforms into Reflekta. She is able to turn people into a reflection of herself. Will Paris’s greatest superheroes be able to take down Kung Food, Gamer and Refleka in this action-packed volume?

“My son loves this series and greatly enjoyed the book.”
(Amazon Customer Review)

“Kids who love the show will enjoy this comic book.” (Goodreads Customer Review) 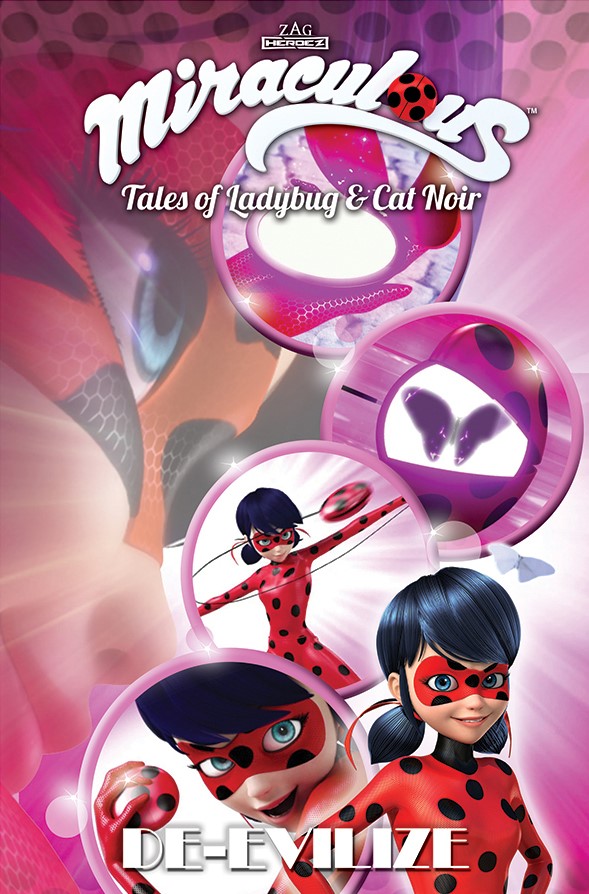 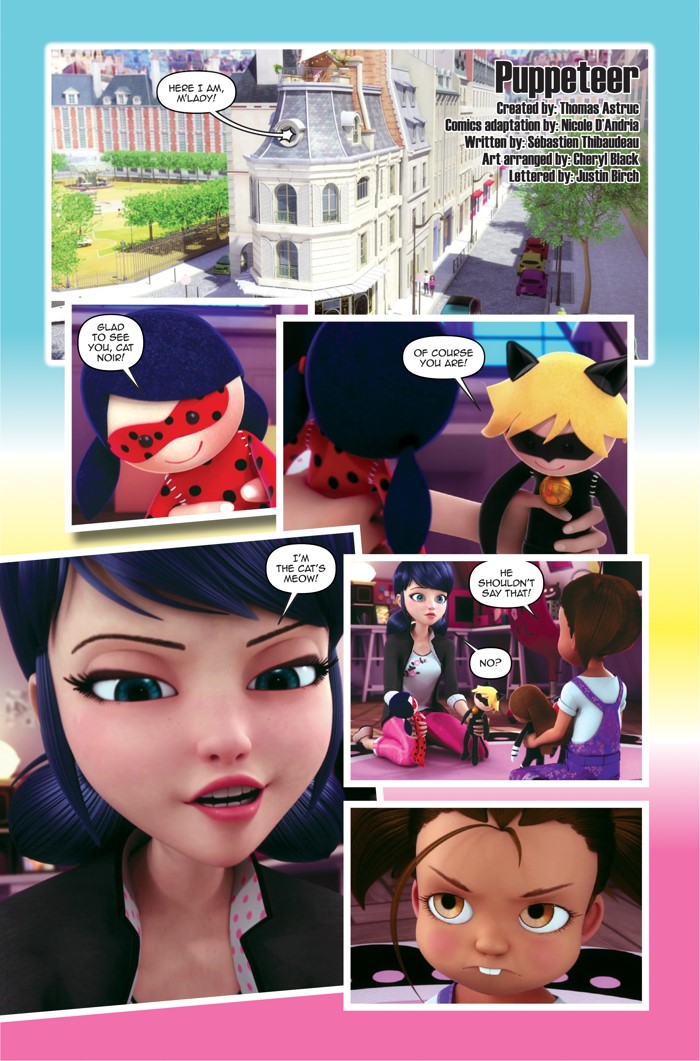 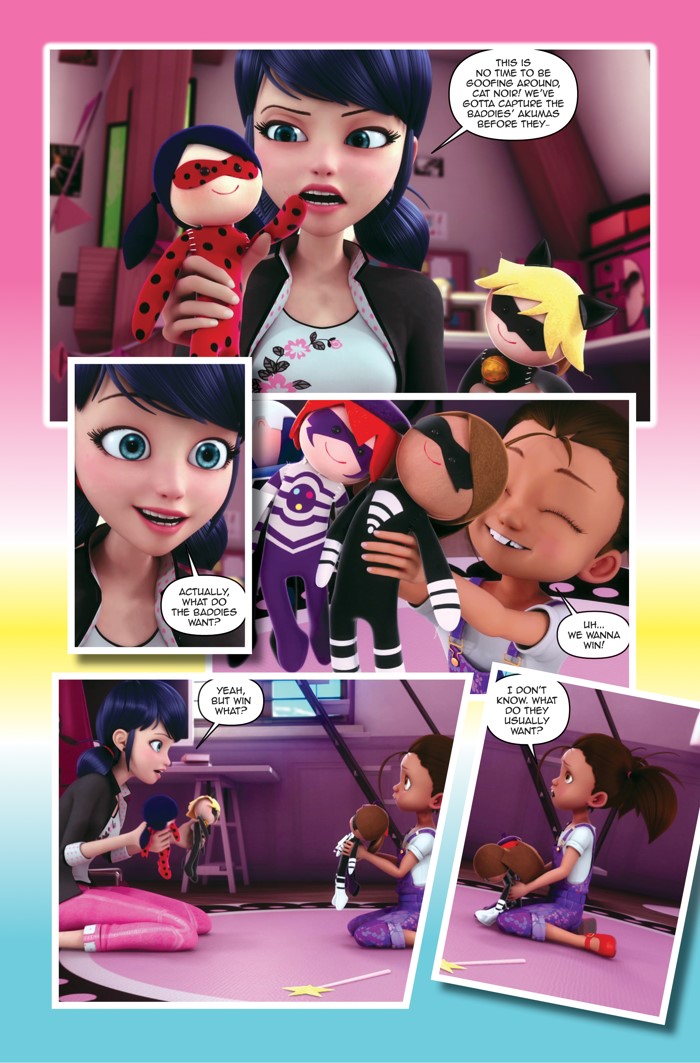 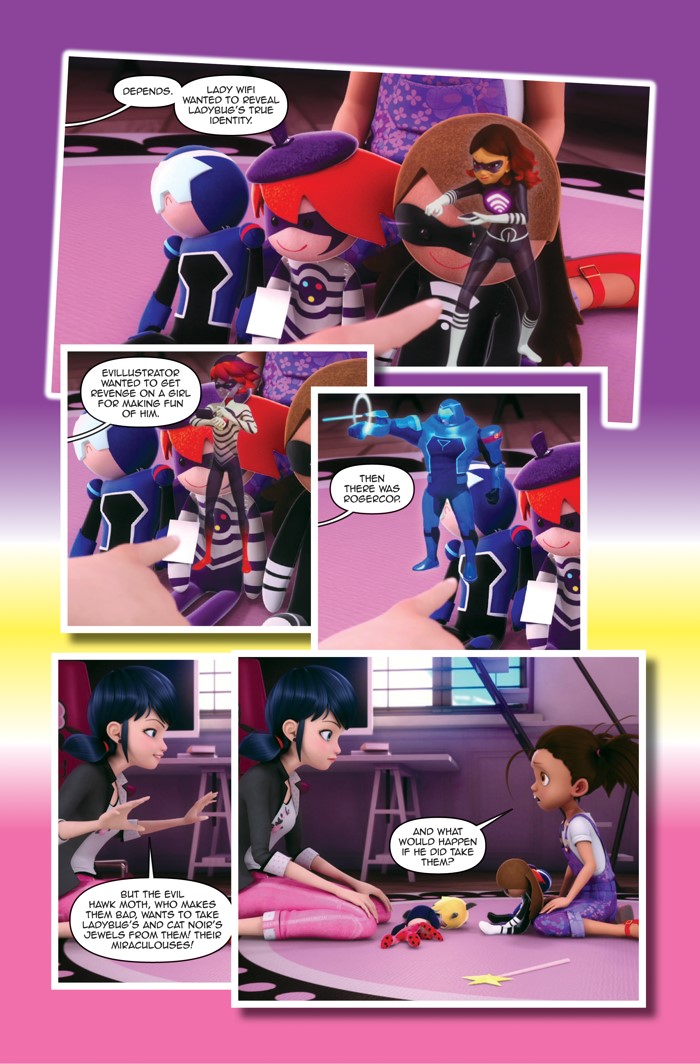 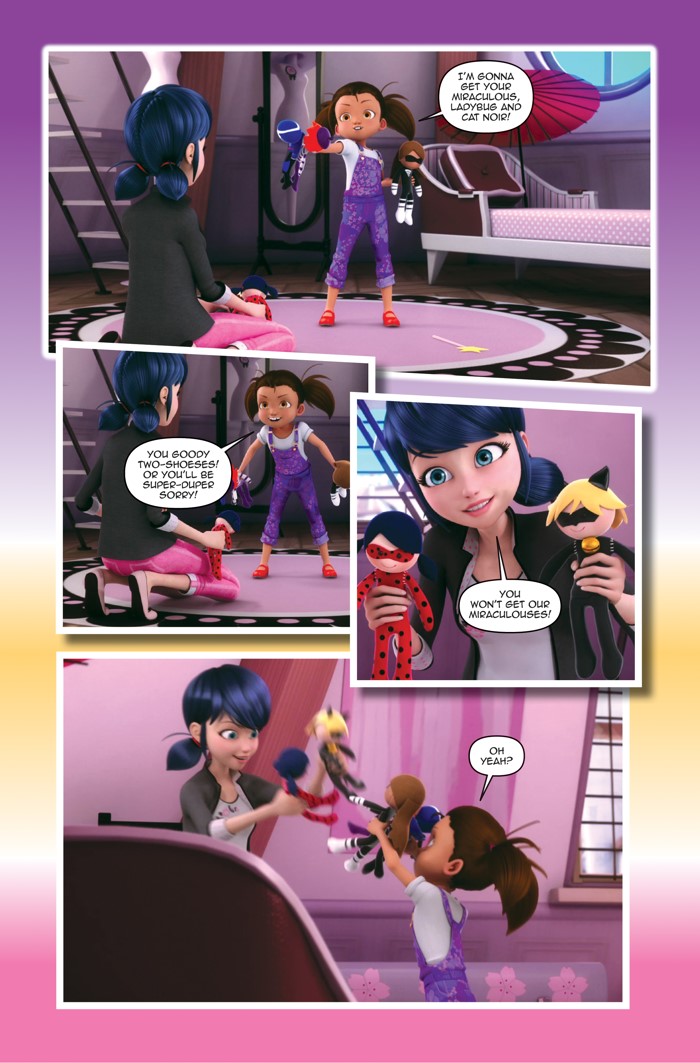 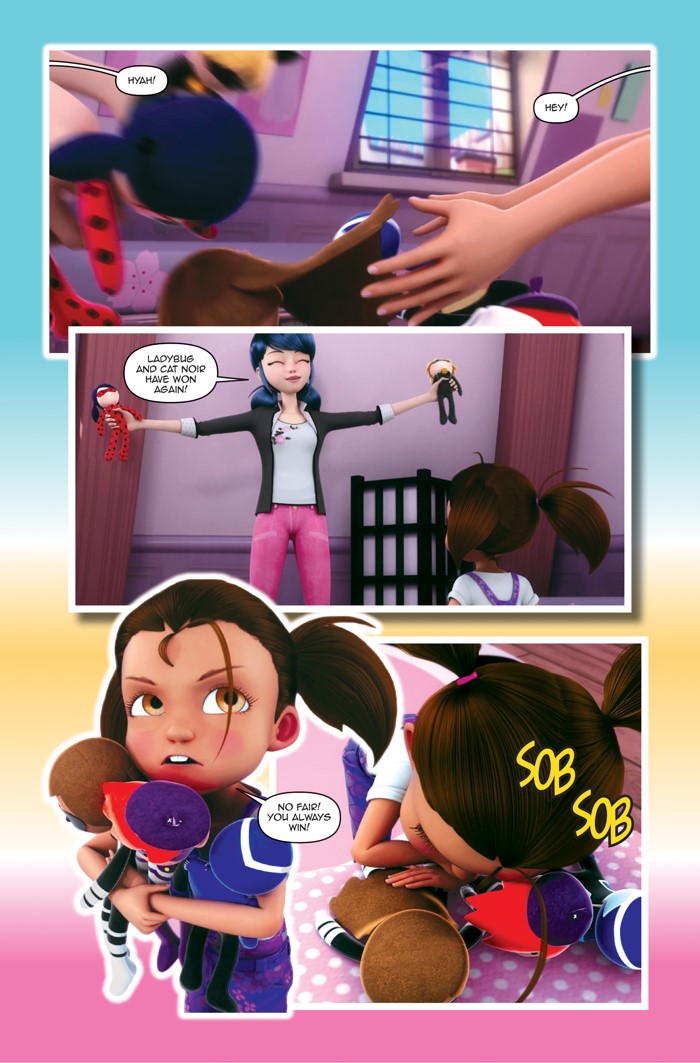