Her brother captured, her home burned, things are looking bad for Jupiter Jet – and she only has one choice. Break into police headquarters and face Praetor Pluto! Plus in part 4 of the ORIGIN OF THE JETPACK backup, Jupiter Jet’s father makes a choice that will change everything in Olympic Heights.

“Jupiter Jet is sure to be America’s greatest adventure strip!” (IGN)

“the kind of fun adventure series we don’t get nearly enough of these days: angst-free, bright, and full of optimism and a love of thrilling derring-do.” (Rogues Portal)

“The characters immediately grab your attention and the story is a great mixture of comedy and adventure!” (Word of the Nerd) 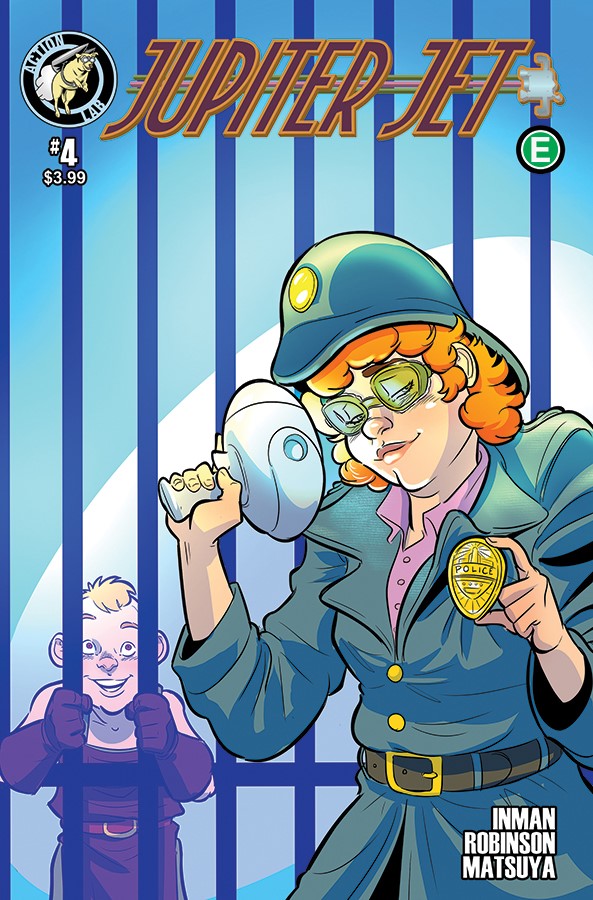 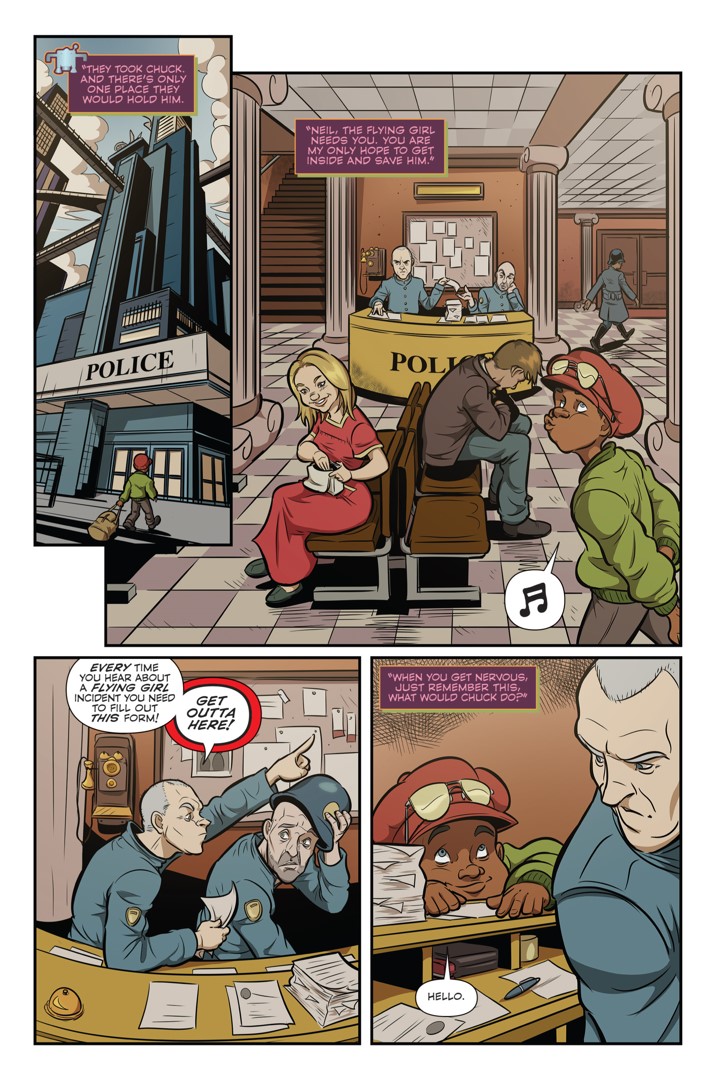 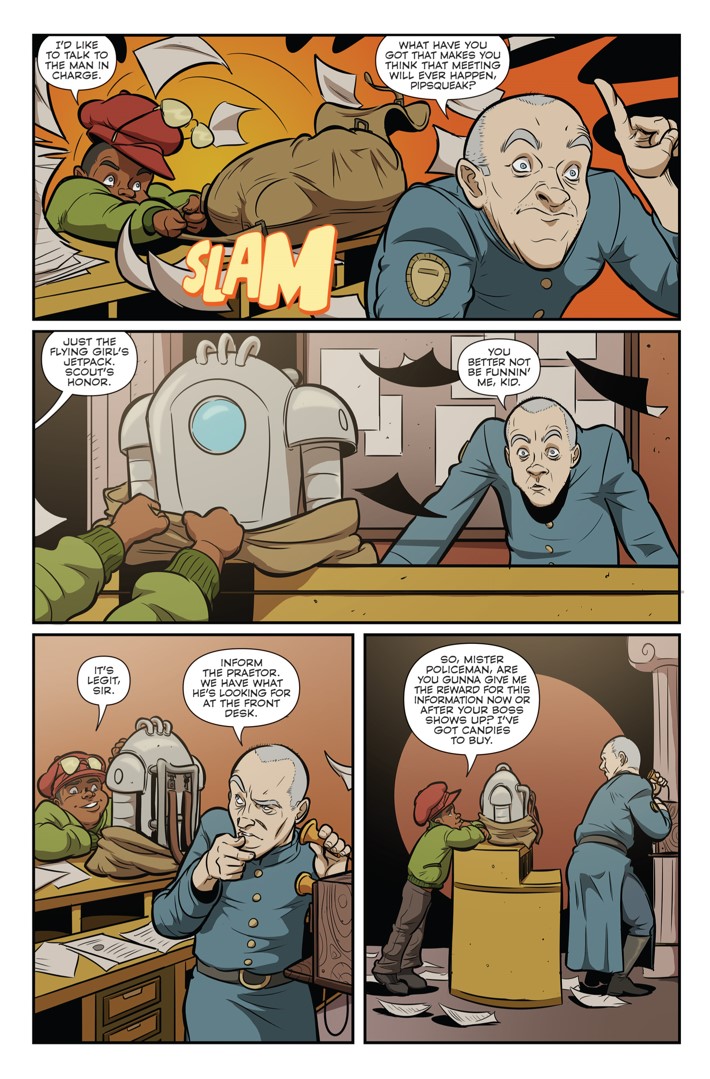 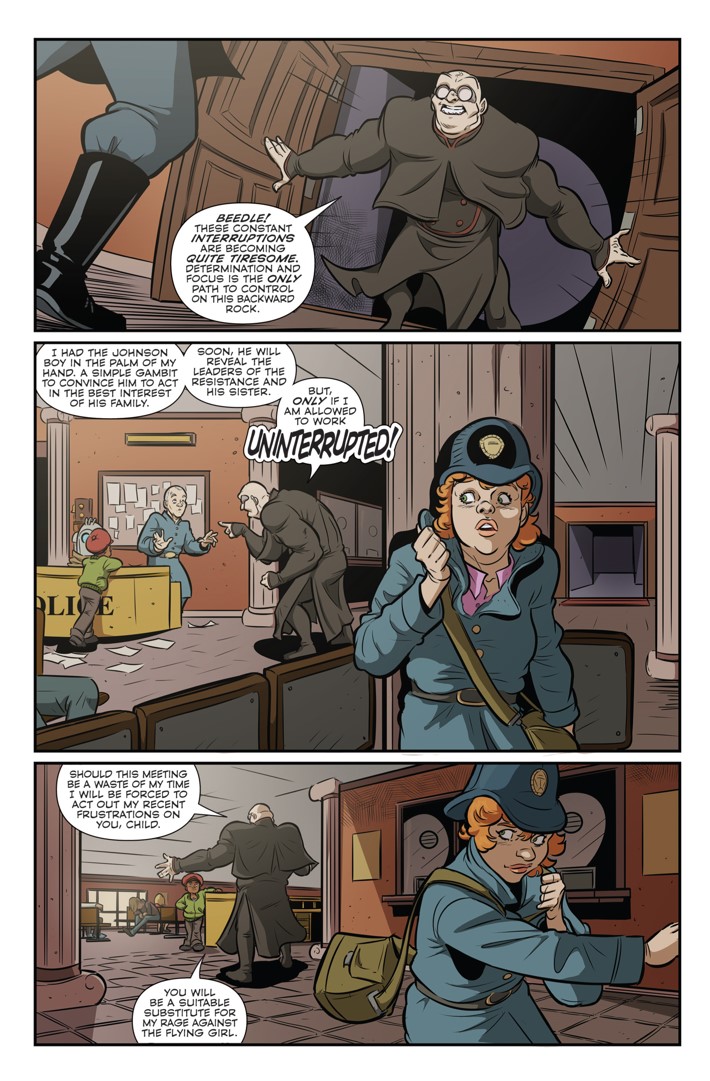 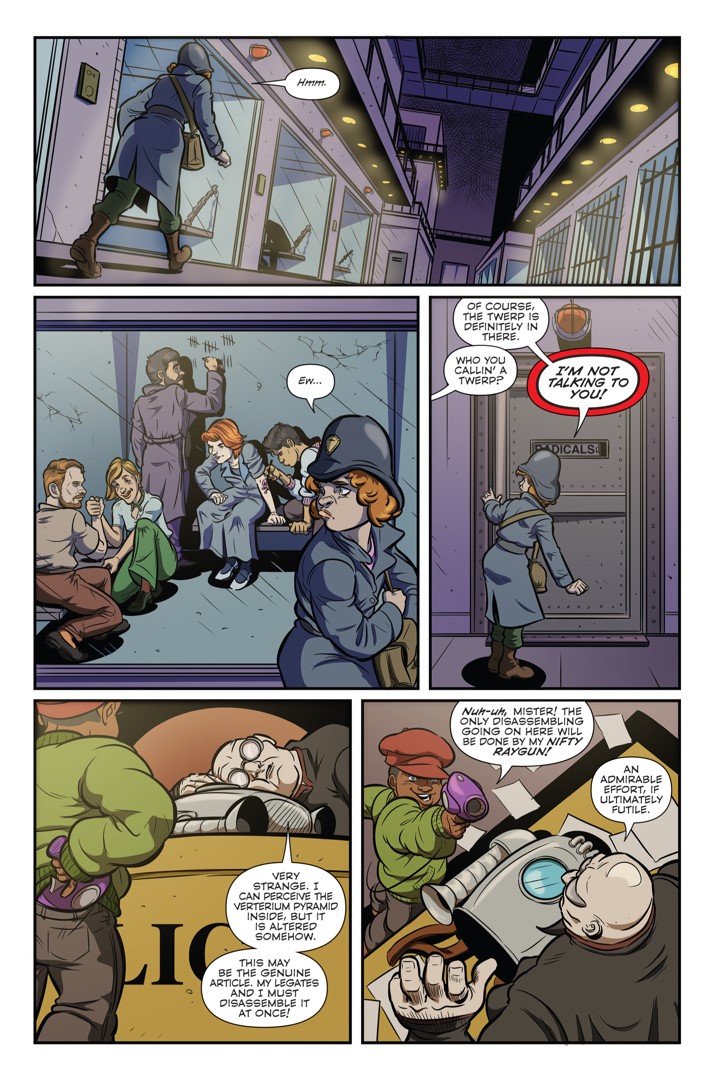 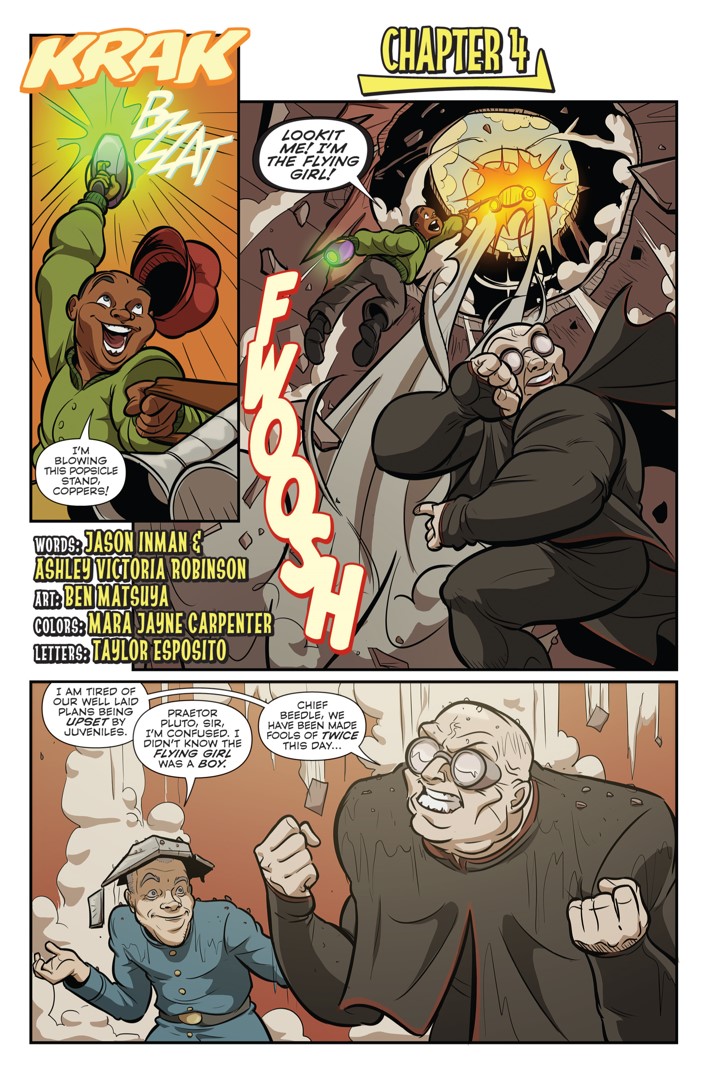 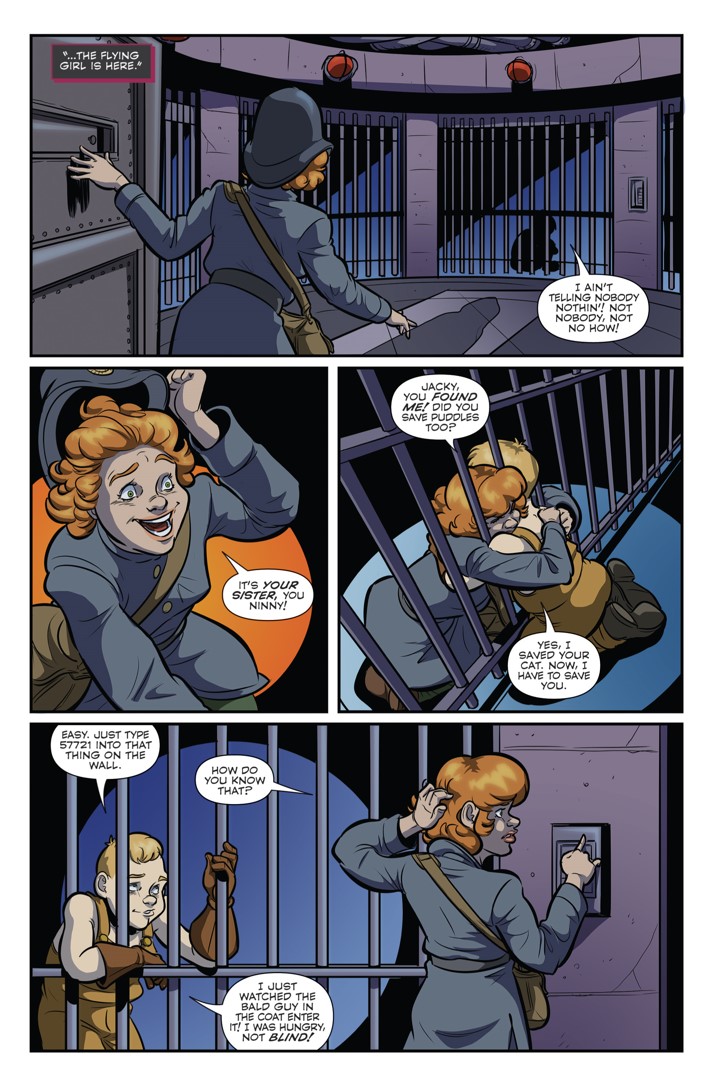