Praetor Pluto has found the Flying Girl. Will the new upgrades to Jupiter Jet’s jetpack allow her to escape? Danger! Family! And Cats! This issue has it all. Plus, part three of The Origin of The Jetpack backup with art by Jorge Corona (The Flash and We Are Robin).

“…such a fun reminder of what comic books started out as: wholesome fun that kids and adults alike can enjoy.” (Comicosity)

“This new series continues to carve a niche for itself by telling an all-ages superhero story with healthy doses of steampunk technology and Rocketeer-inspired adventure thrown in.” (IGN)

“Jupiter Jet is one of the rarest things in comics; a second issue that is better than a strong debut issue and a great example of script, line, color and letters working perfectly together.” (Outright Geekery) 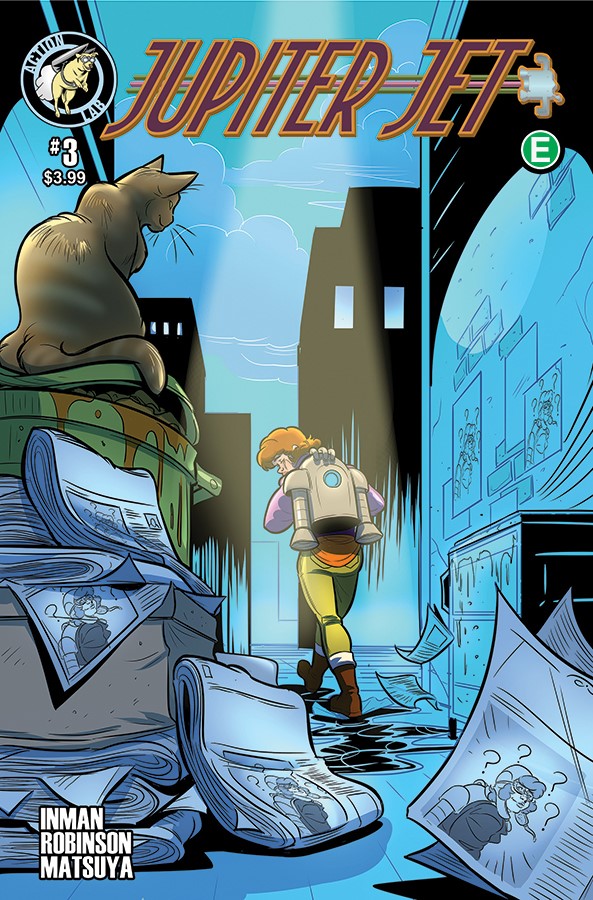 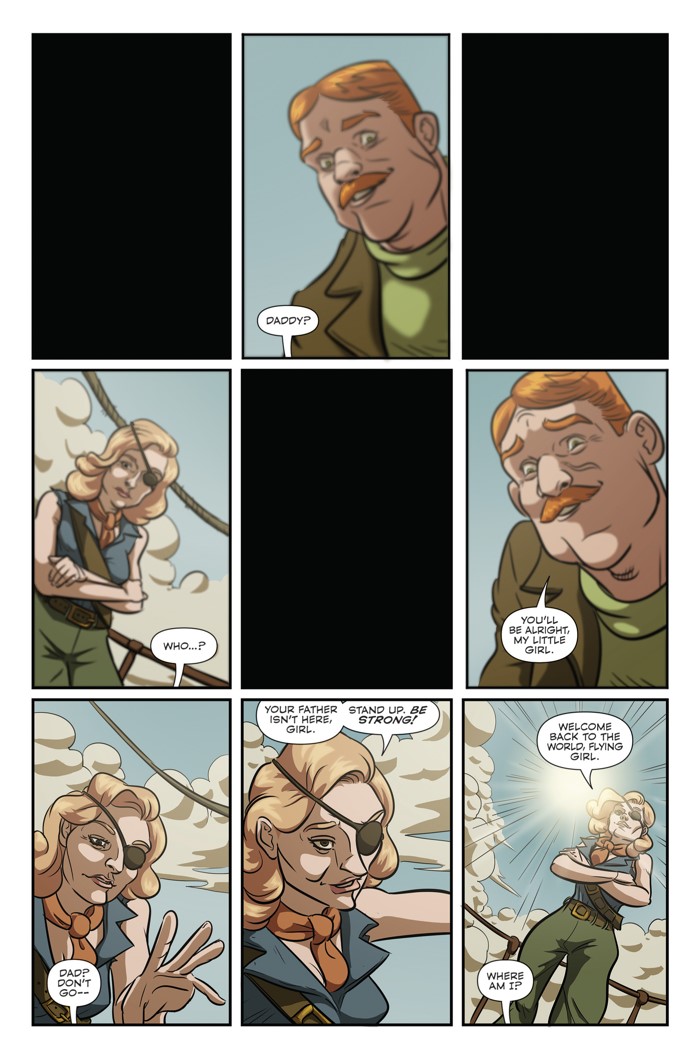 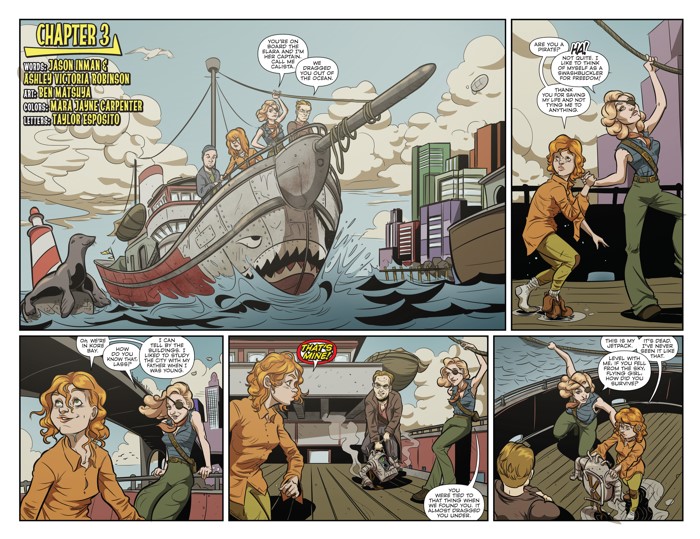 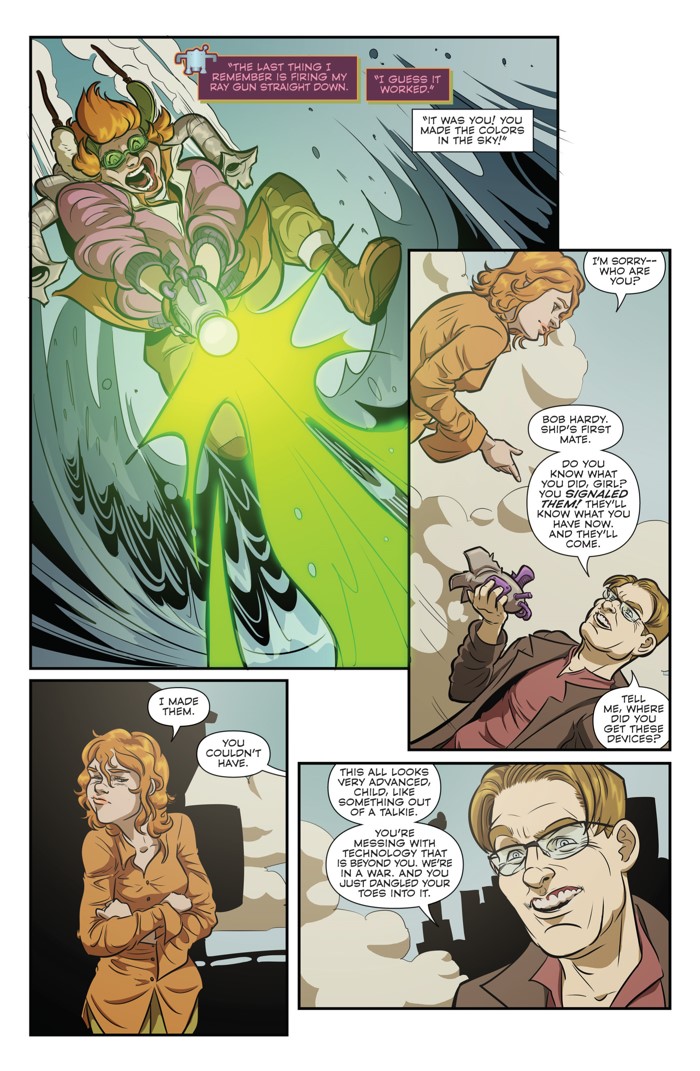 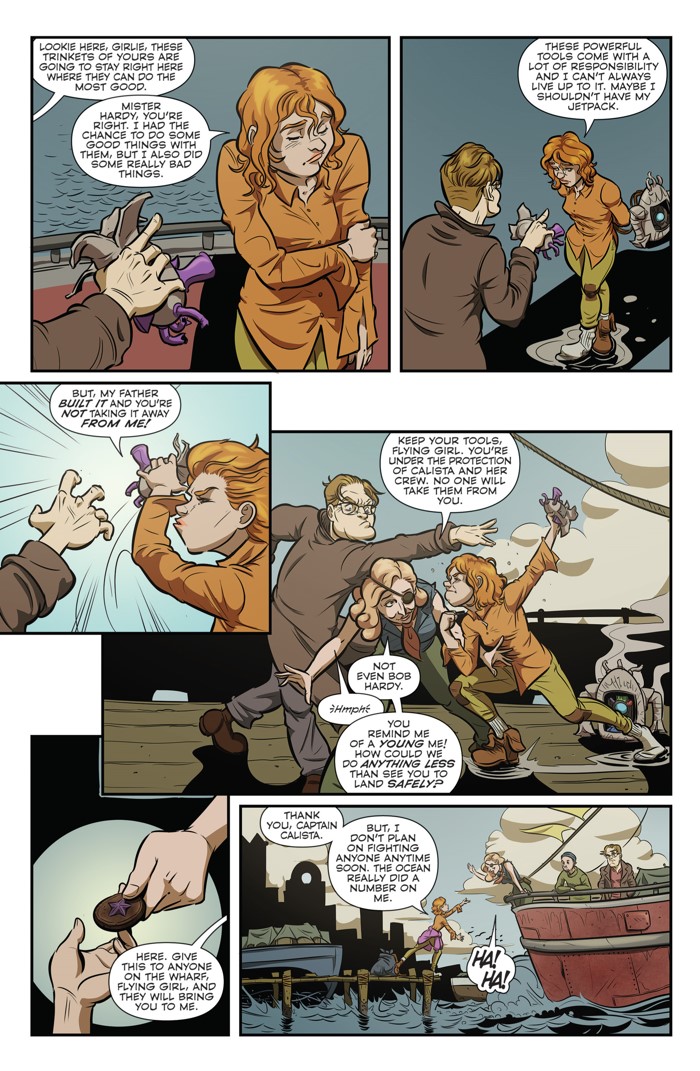 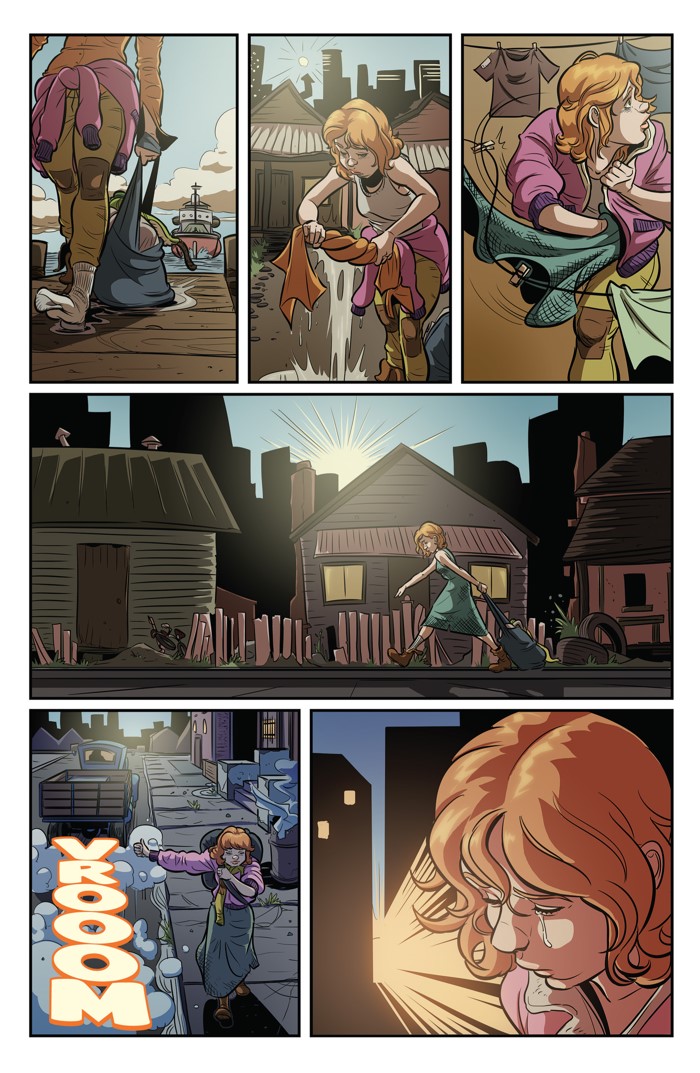