In 1954, NELSON FLAGG took part in an experimental US Military procedure that saw his mind transferred into the enhanced and revitalized body of his dead brother, JOHNNY FLAGG, to become America’s first and only superhero, FIGHTING AMERICAN!

63 years later, FIGHTING AMERICAN and his sidekick, SPEEDBOY, have found themselves marooned in the 21st Century.

With MADAME CHAOS now safely behind bars, FA and SB have begun the mammoth task of tracking down all of the stolen PROFESSOR DYLE TWISTER tech that she sold on the Dark Web to every whack-job, fanatic, terrorist and weirdo she could find.

Meanwhile, one of FA’s old 1950s villains (sent through time by CHAOS LAD), the notorious DOUBLE HEADER, is now the head of the FBI and starting to make life difficult for our two-fisted man of action. 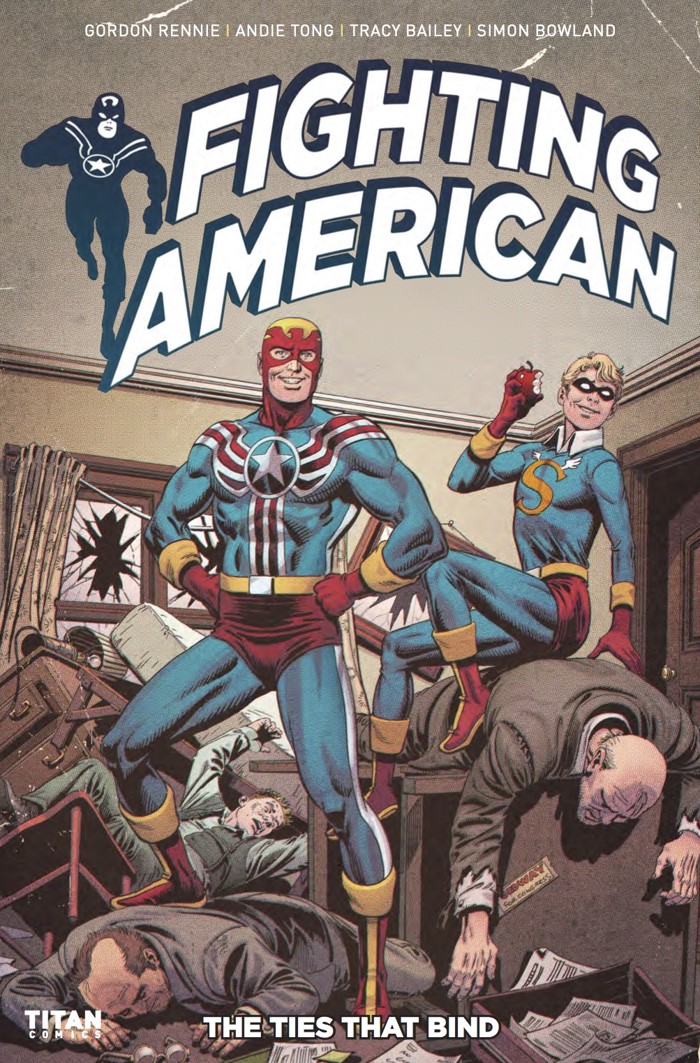 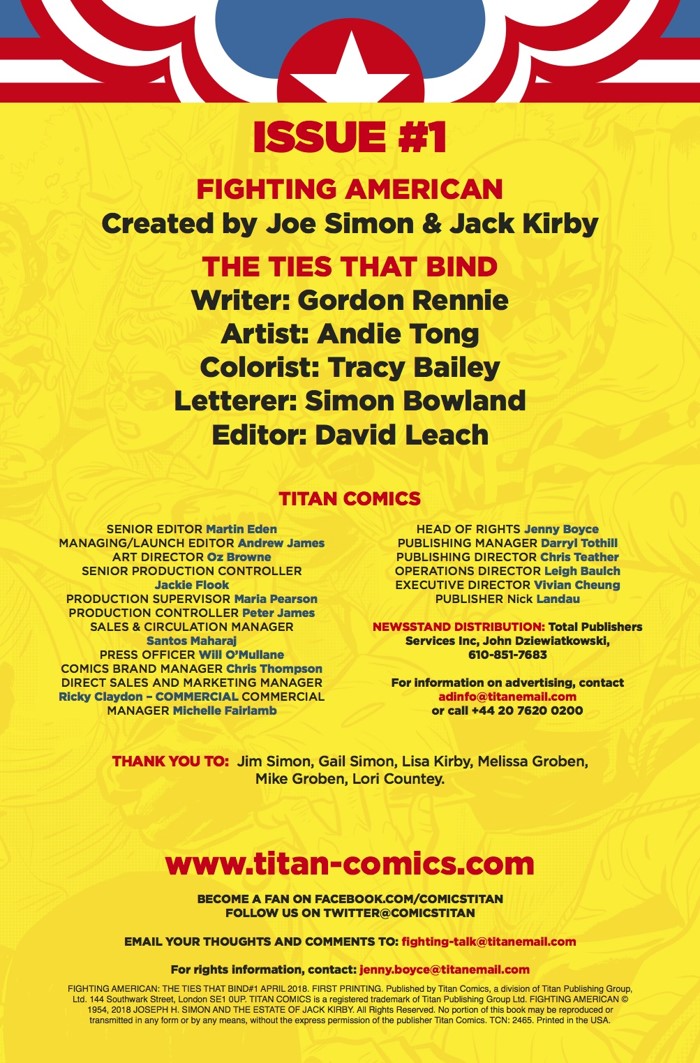 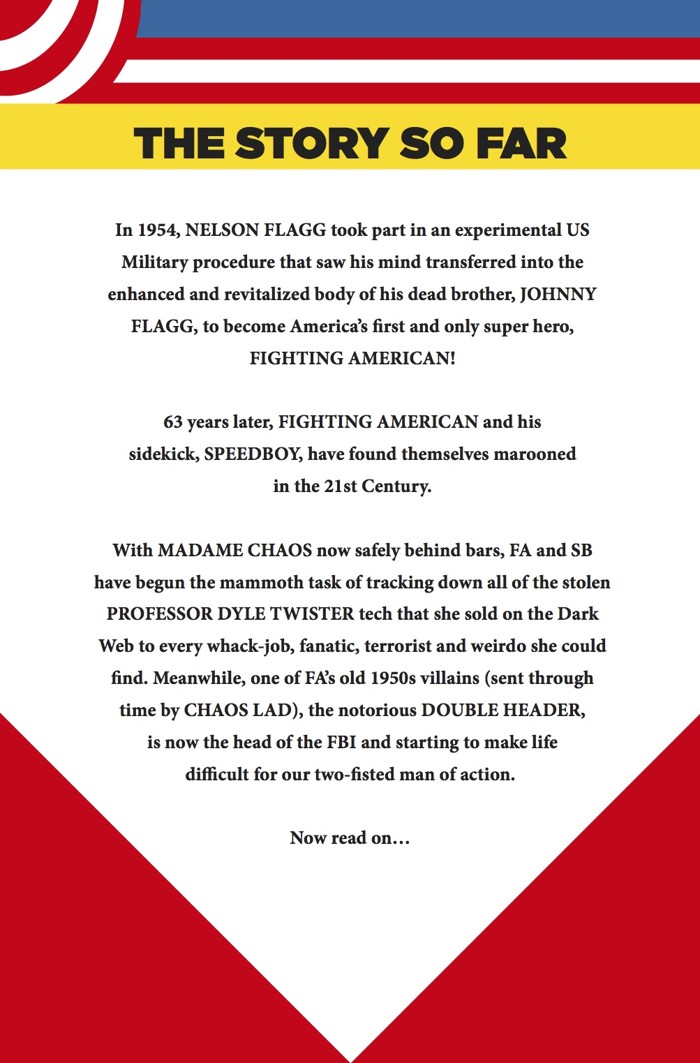 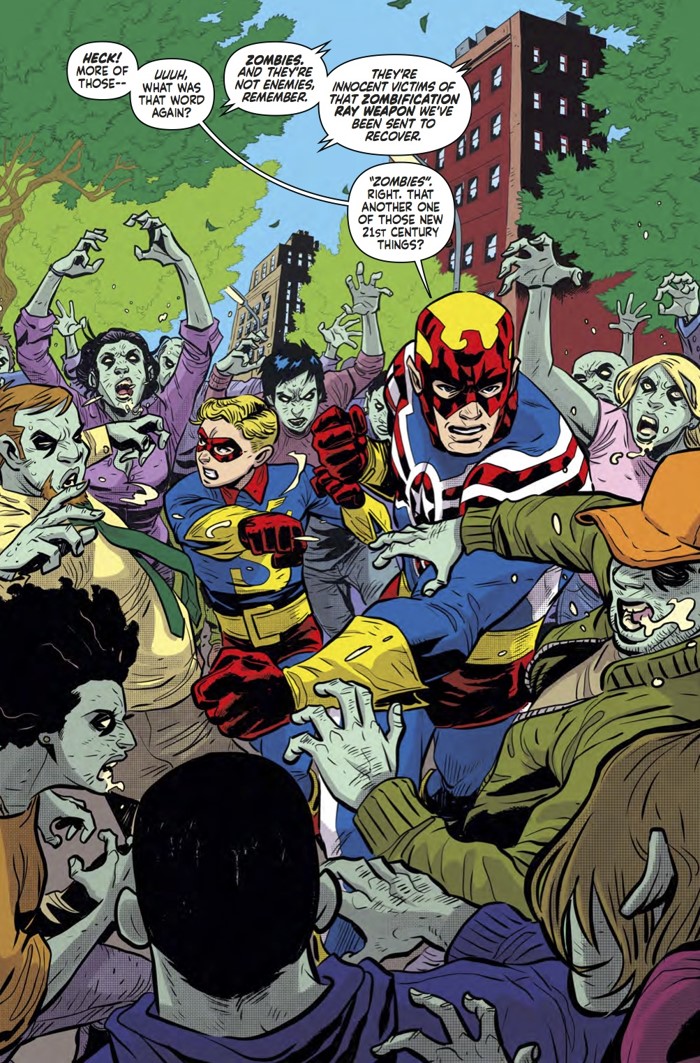 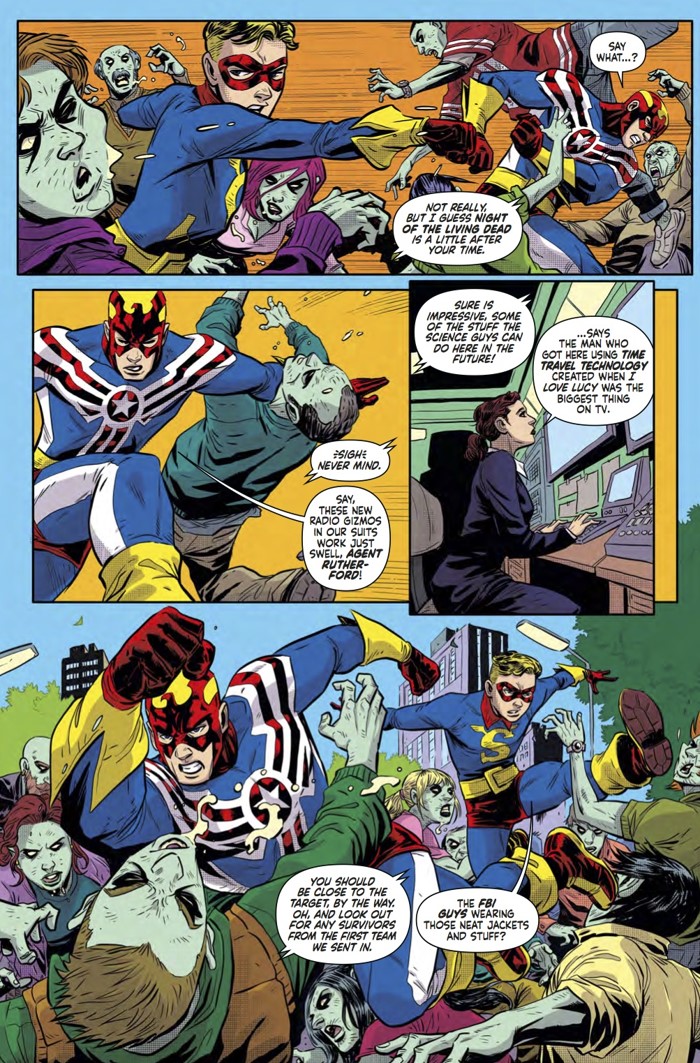 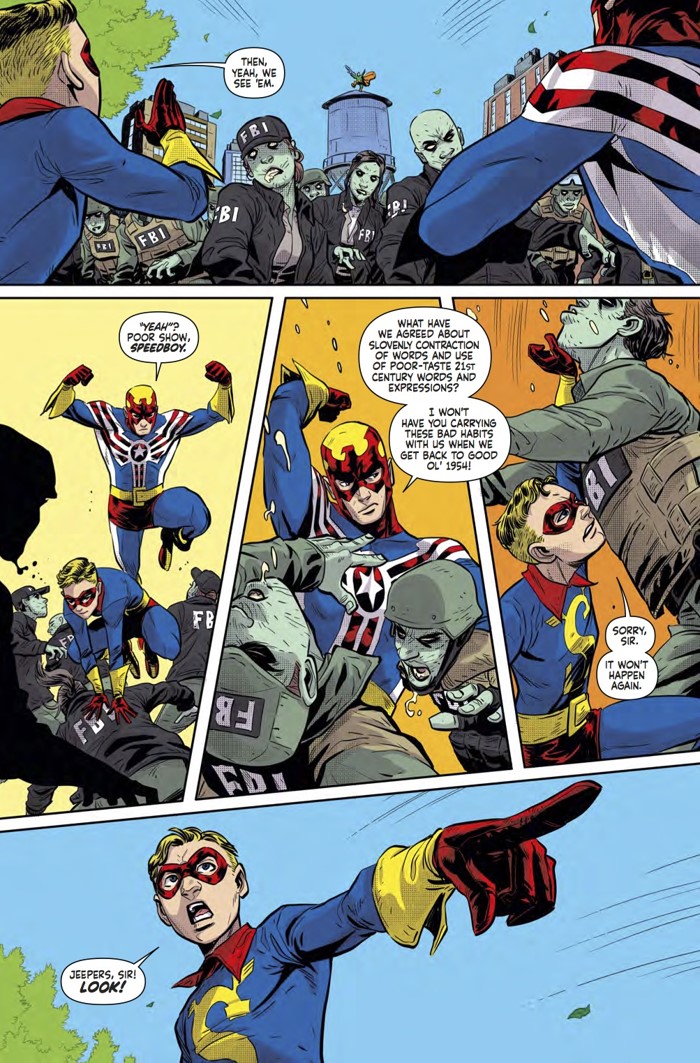 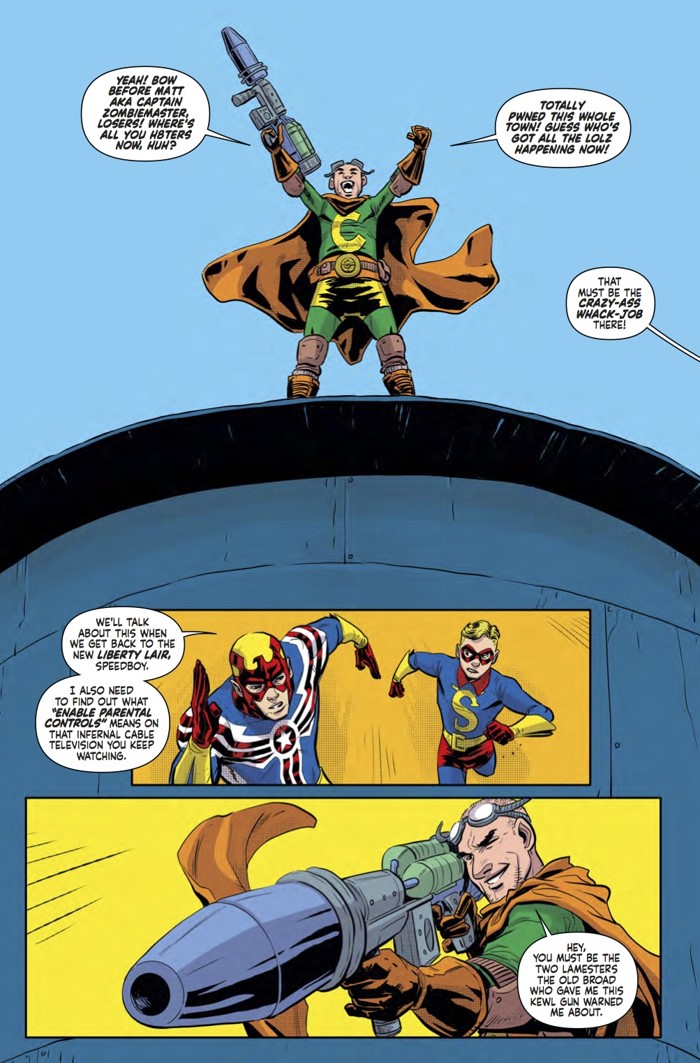 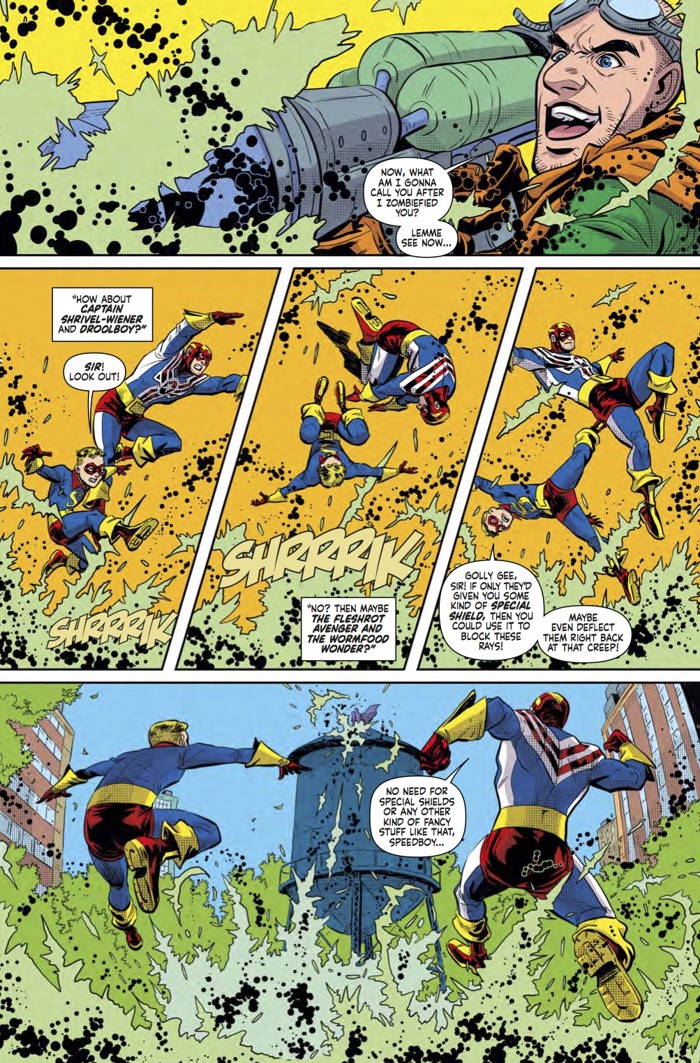 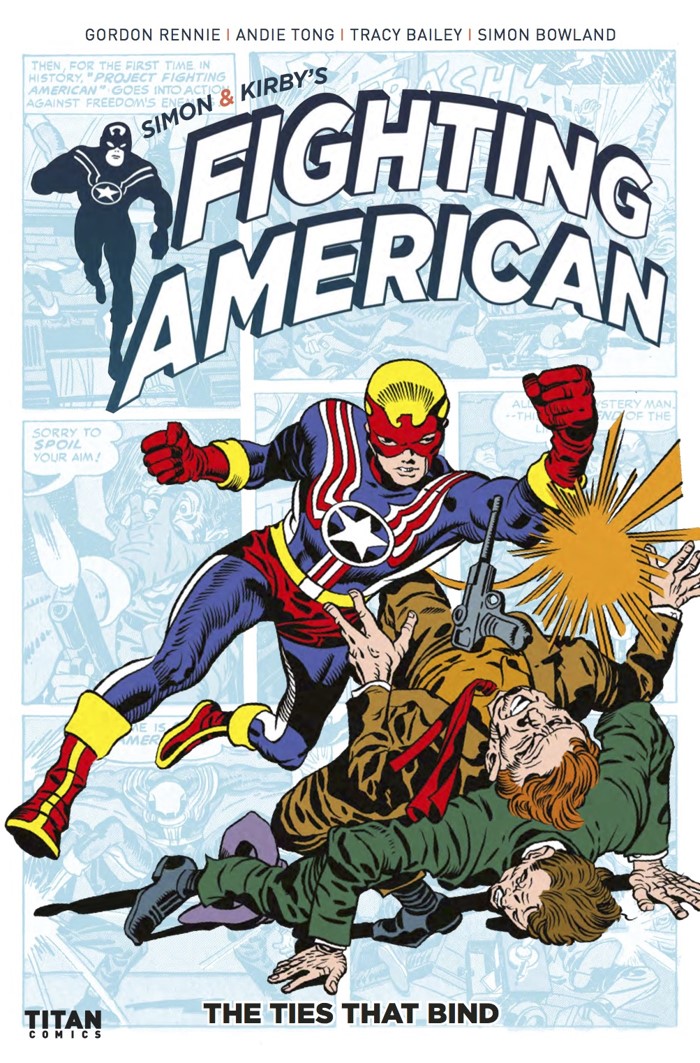 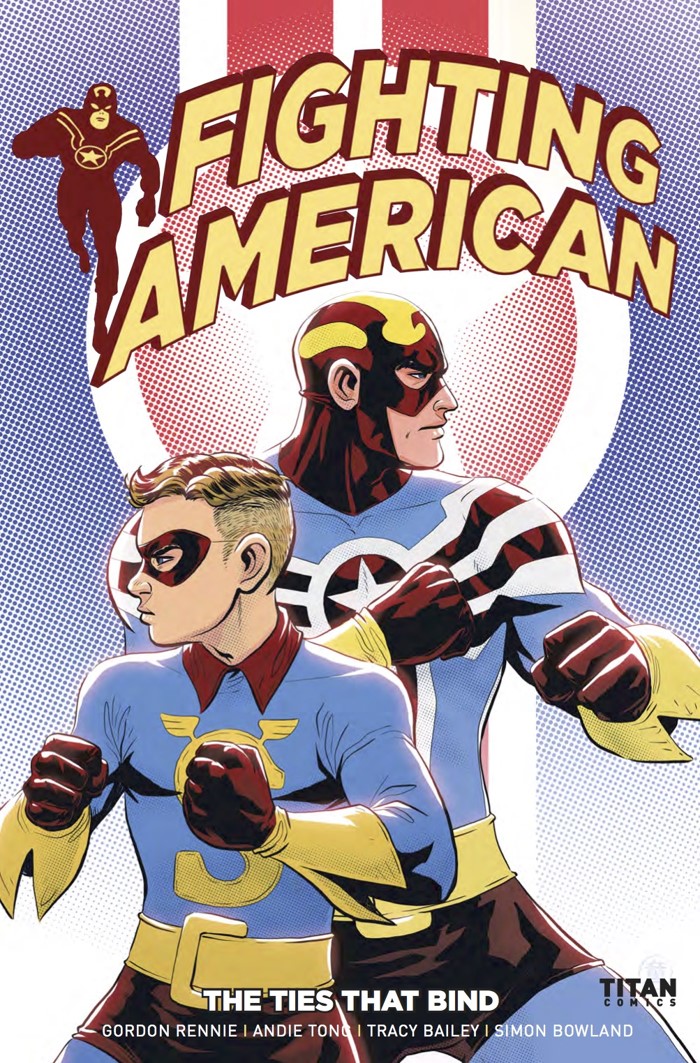