Shogun fortress is under siege. The Lizards, headed by the evil Black-Spit, are attacking the walls. Battles are furious and many are dying.

Gaijin Salamander is the last of an ancient order of warriors and his support will be fundamental for Swallen-Cheeks and his army. Fire will burn and blood will be spilled on the battlefield.

What people are saying about Cold Blood Samurai:

“…this deserves and must be the story of the year! It is just that good, powerful and poignant.” (Reading with a Flight Ring)

“From a history and comic fan standpoint, I feel this comic is so far really well done and pays just the right amount of tribute to the source while still becoming its own story.” (The Pop Break)

“From the dialogue and narration to the art, everything works perfectly together.” (Word of the Nerd) 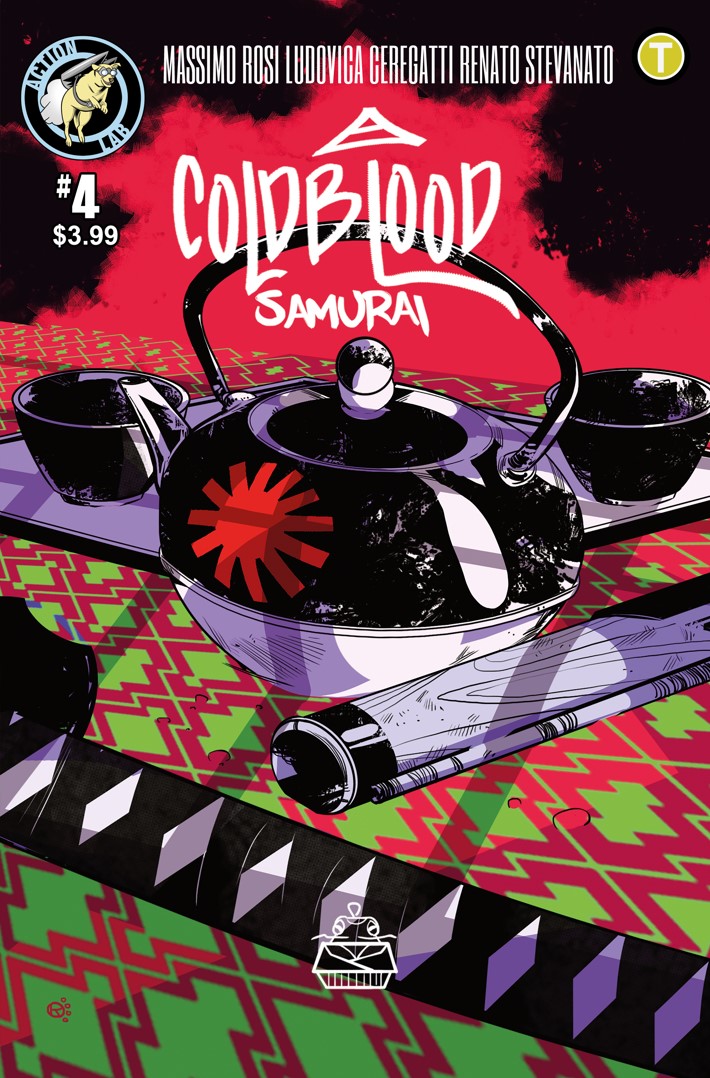 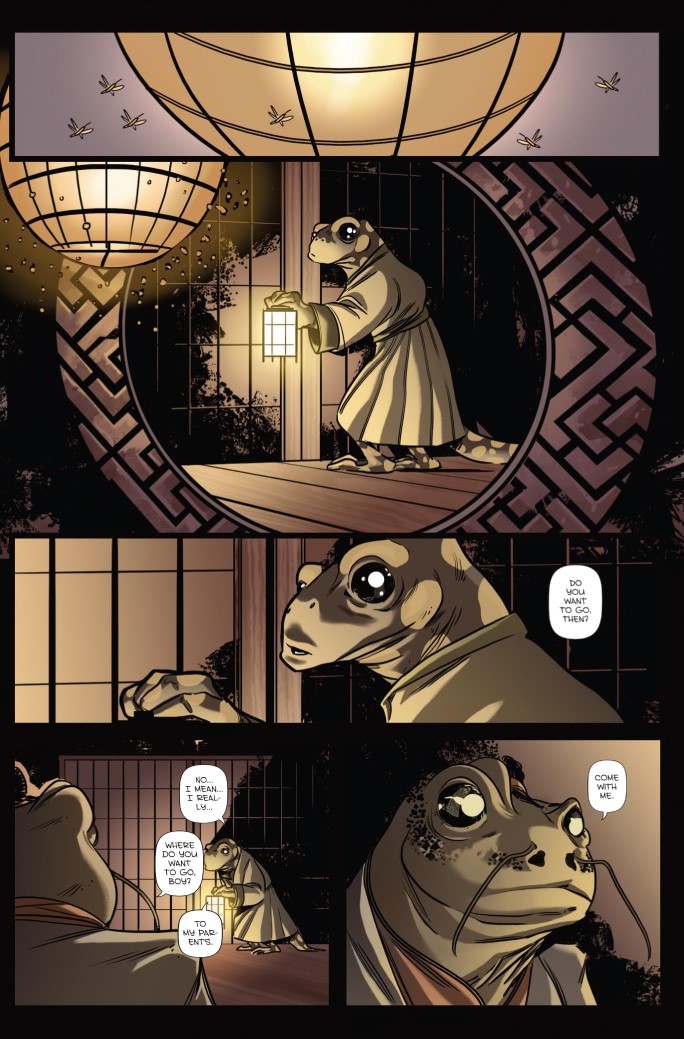 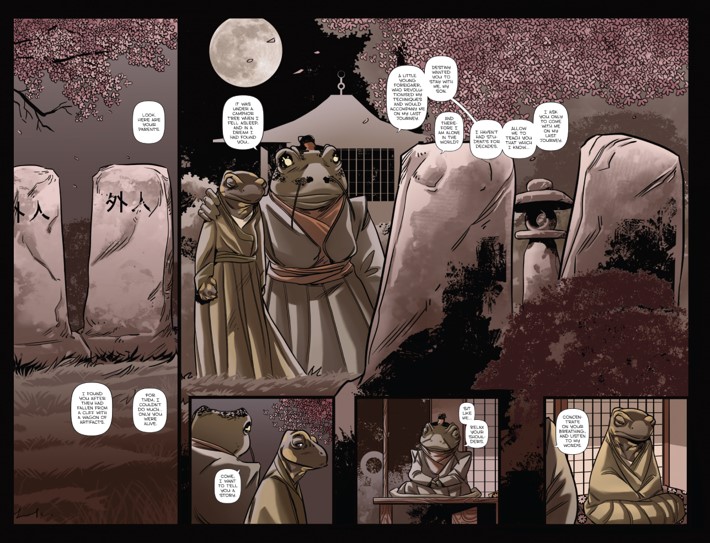 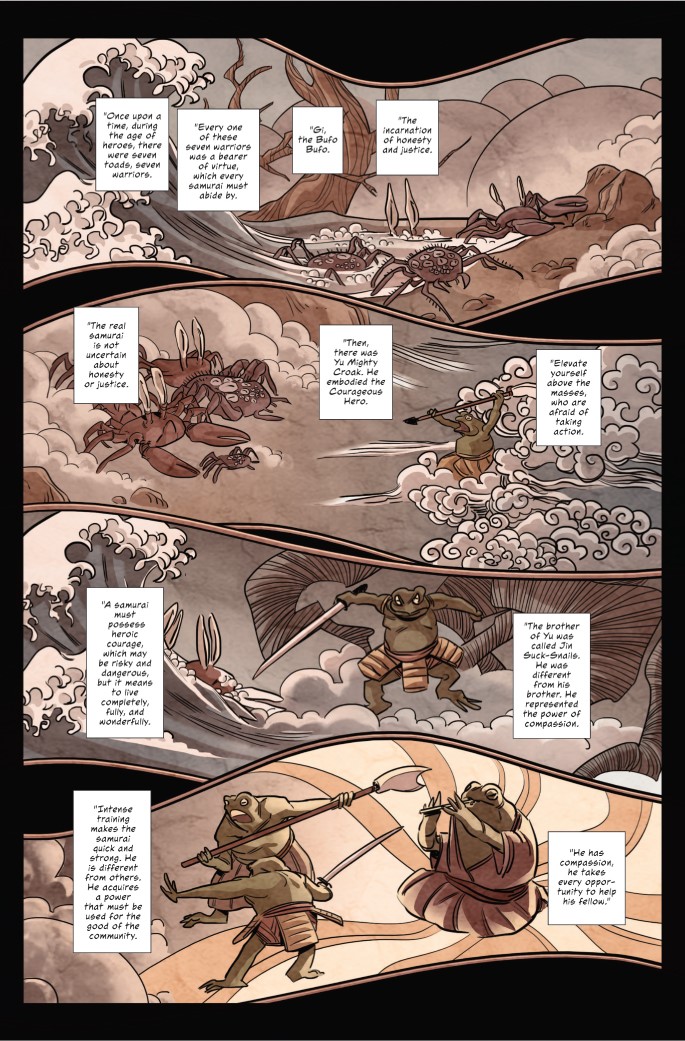 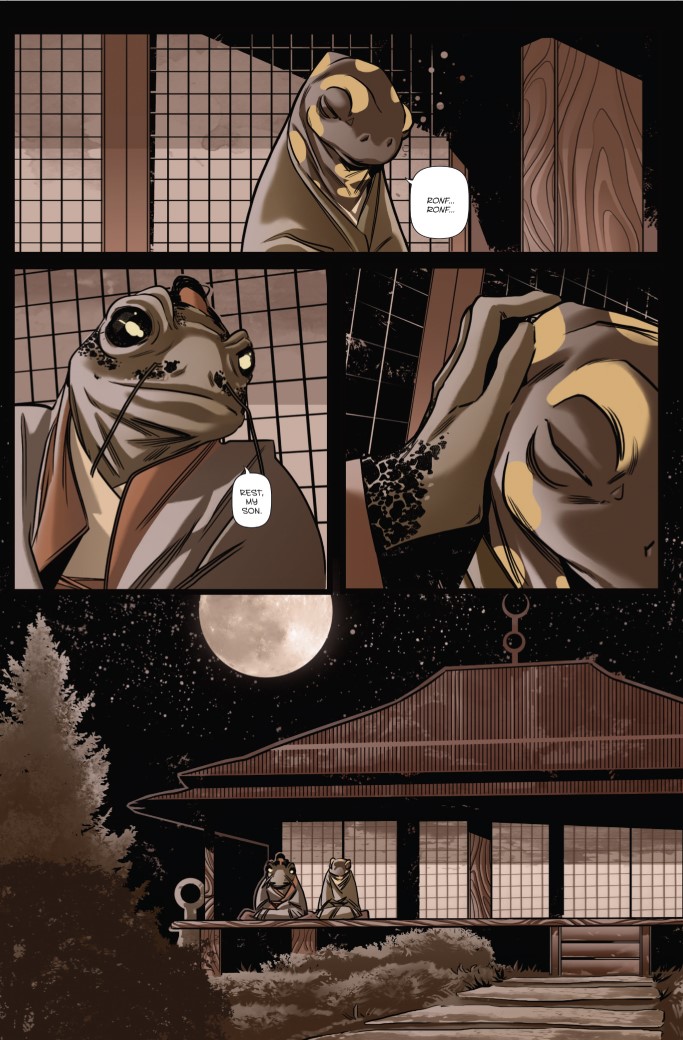