“We are the last warriors, the last pacifists of that school, and I leave her inheritance in your hands … you are a Gaijin.” A feudal Japan with anthropomorphic and samurai animals inspired by Homer’s poem on “War of Mice and Frogs”, Batrachomyomachia.

As in the classic poem, one tells of the futility of war and the desire for peace by GAIJIN, a foreign salamander in a Japan of frogs invaded by lizards. 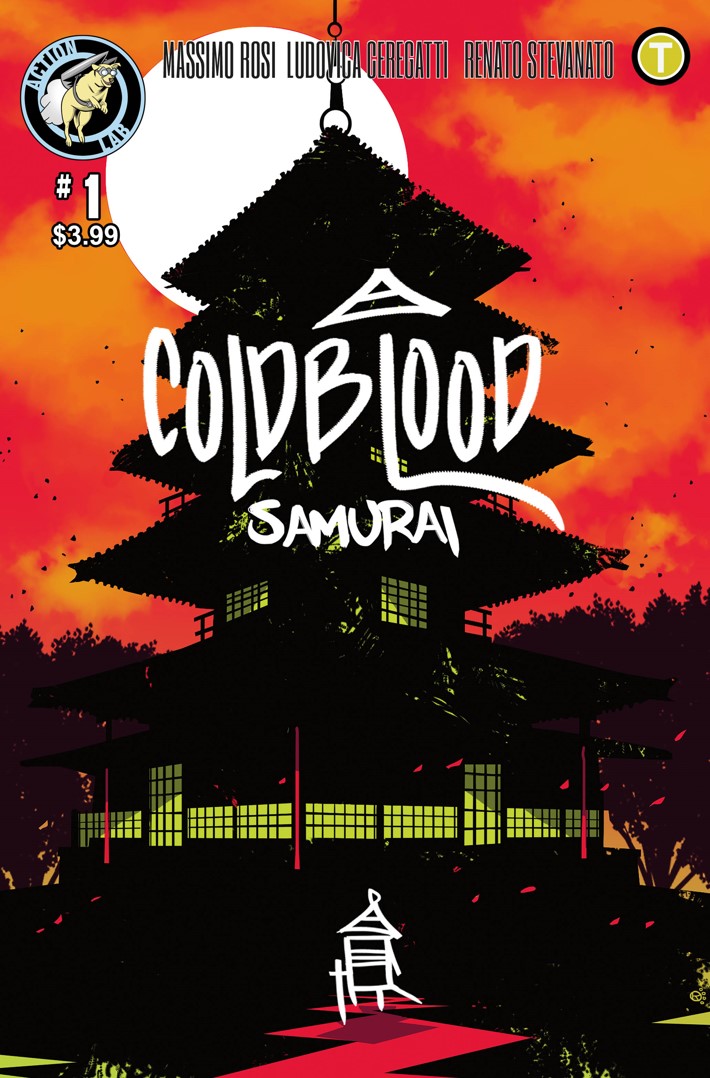 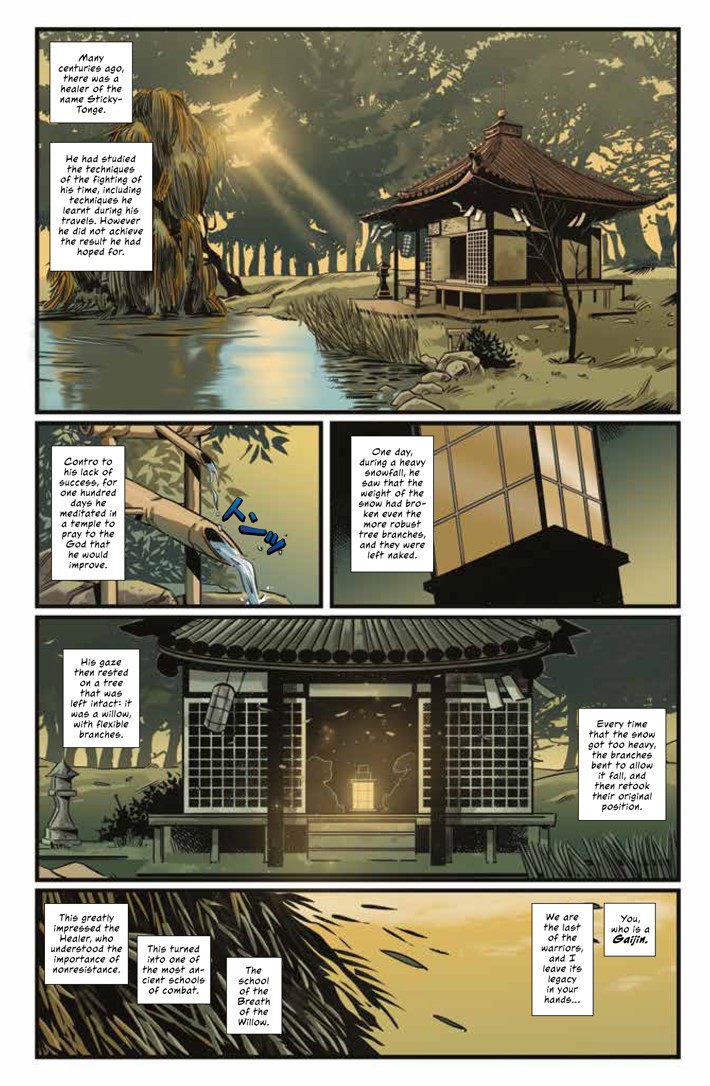 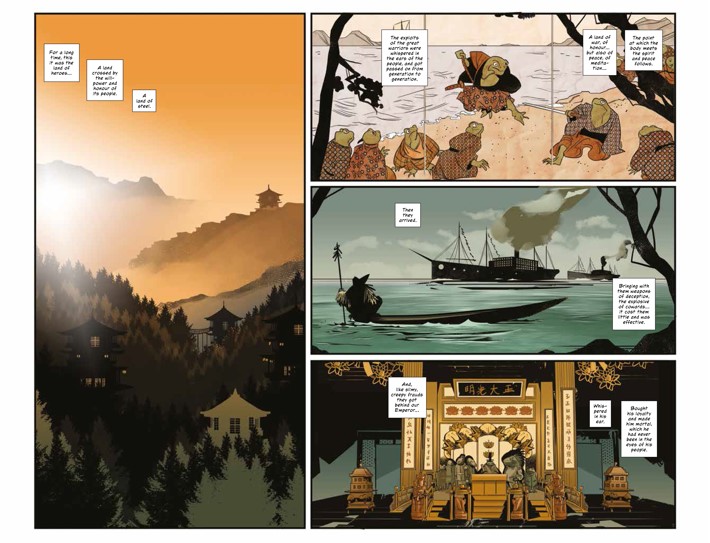 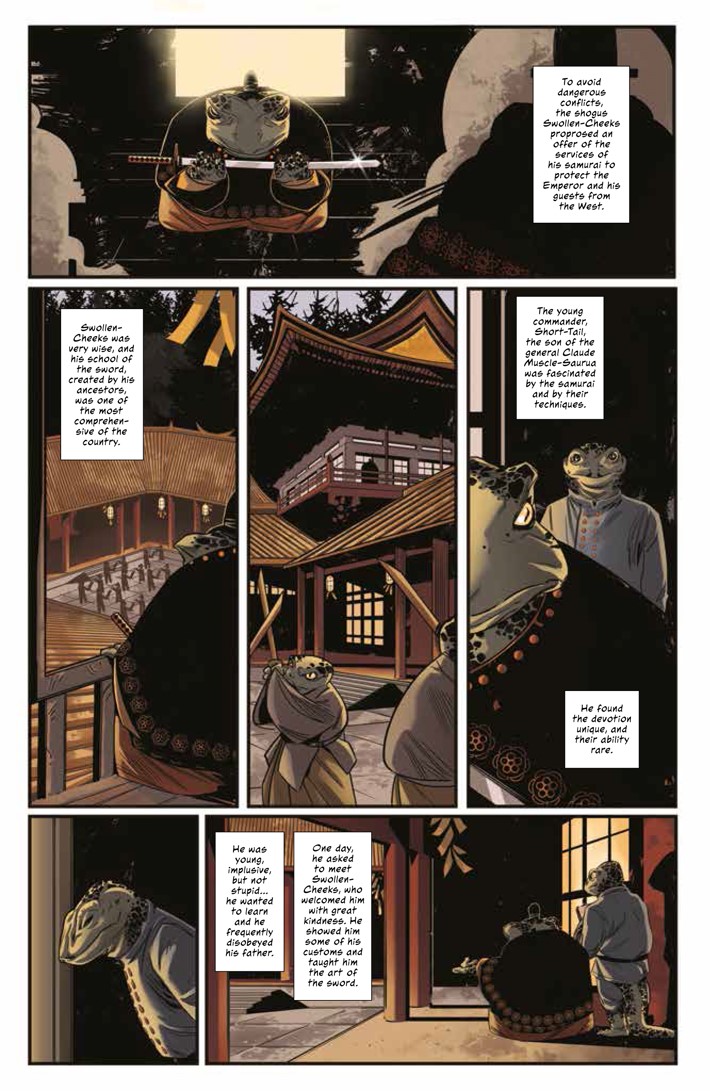 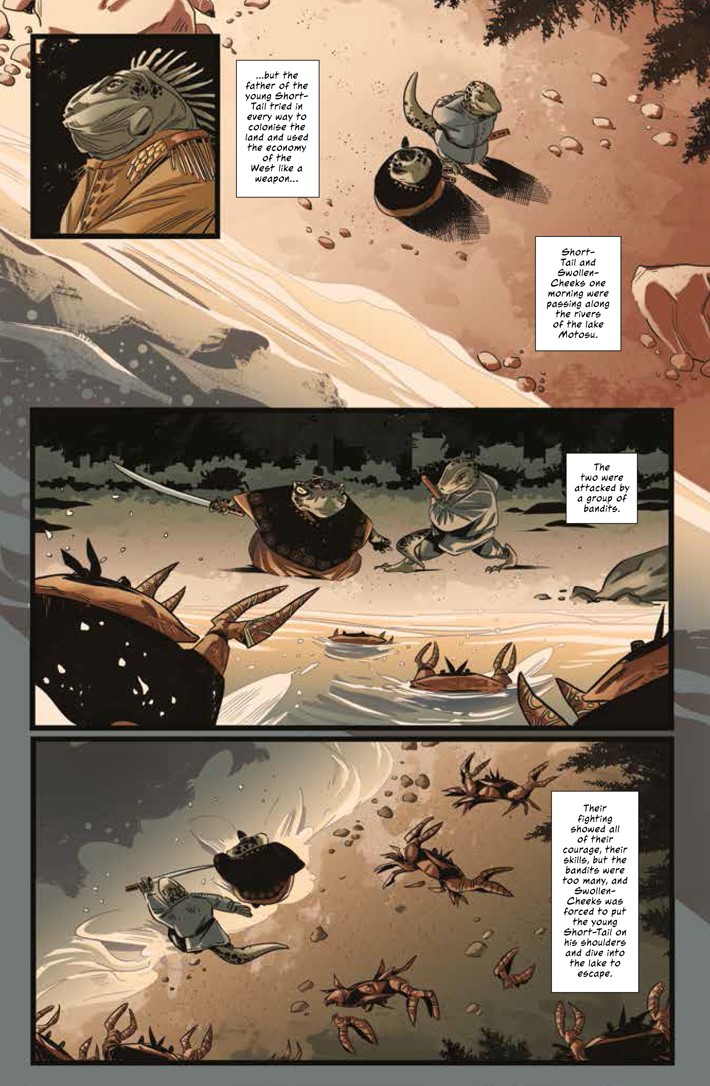 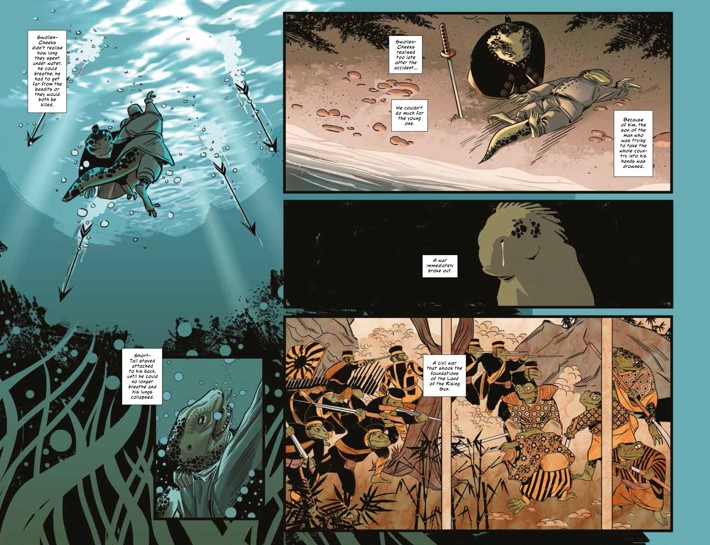