Kicking off the ongoing adventures of comics’ favorite pulp heroine! Athena races against the Nazis to find an artifact once possessed by Pope Sylvester II, but the allies helping her have their own agendas. Loyalties will be tested. With absolute power up for grabs, who can you trust?

What people are saying about Athena Voltaire:

“…Imagine if the likes of The Mummy and Van Helsing were actually, you know, good.” — Warren Ellis (Hellblazer, Planetary, The Authority)

“Athena Voltaire is just my kind of glorious pulp epic. A comic lover’s comic book if there ever was one, full of everything that makes comic books worth loving.” — Matt Fraction (Invincible Iron Man, Uncanny X-Men, The Immortal Iron Fist)

“Athena Voltaire has been around for over a decade and her adventures have always been true to her character. This issue keeps it going.” (Major Spoilers) 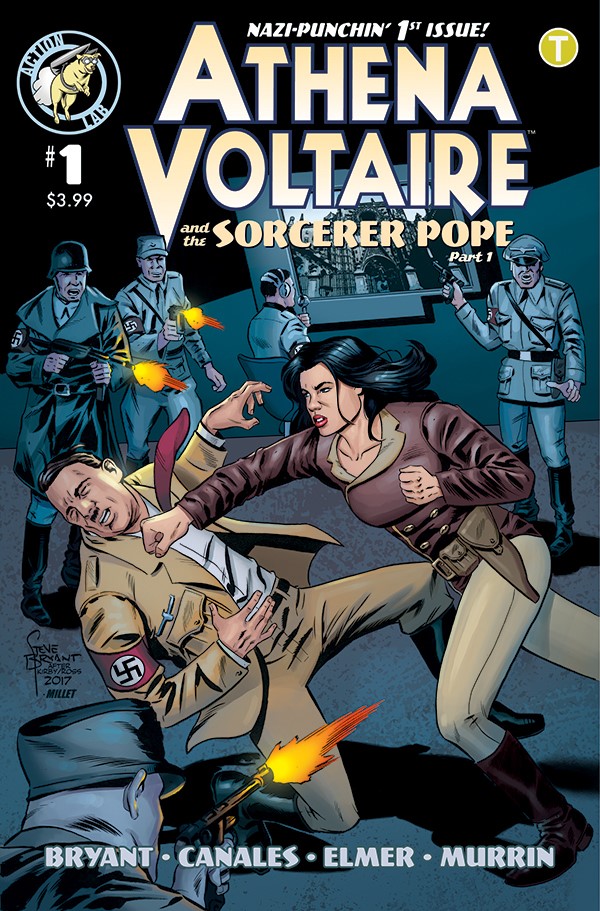 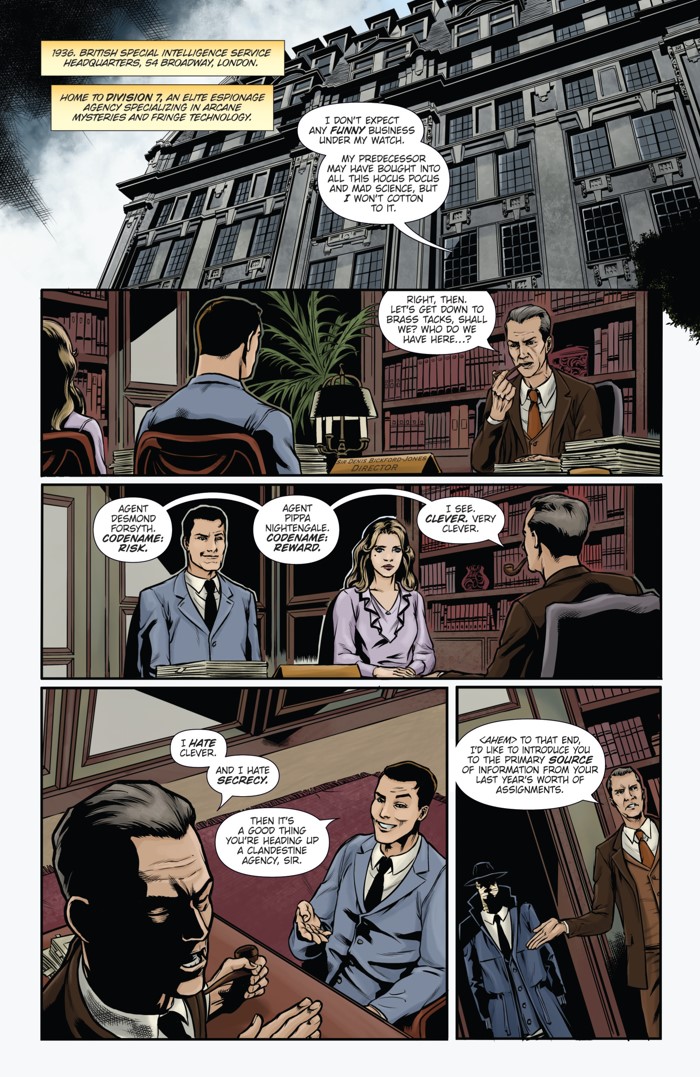 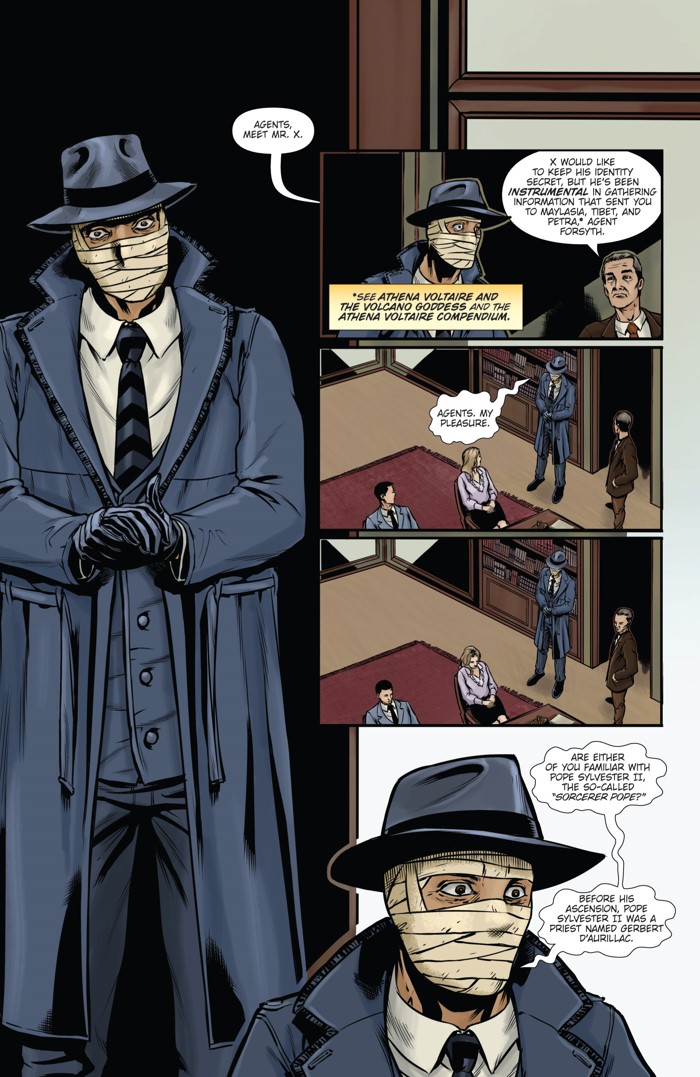 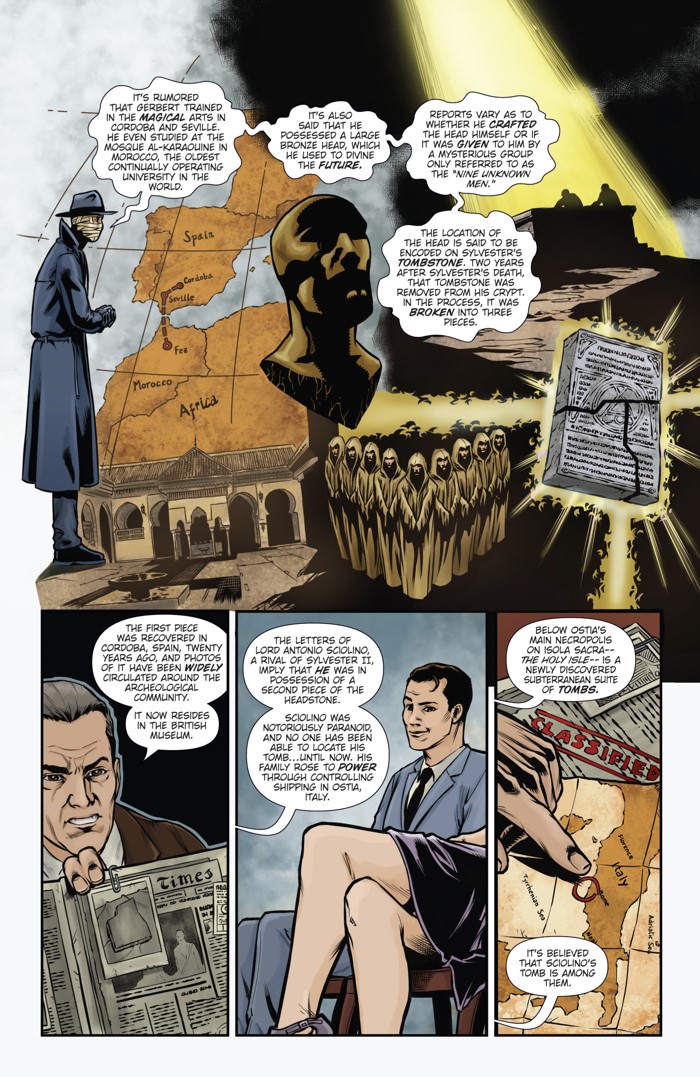 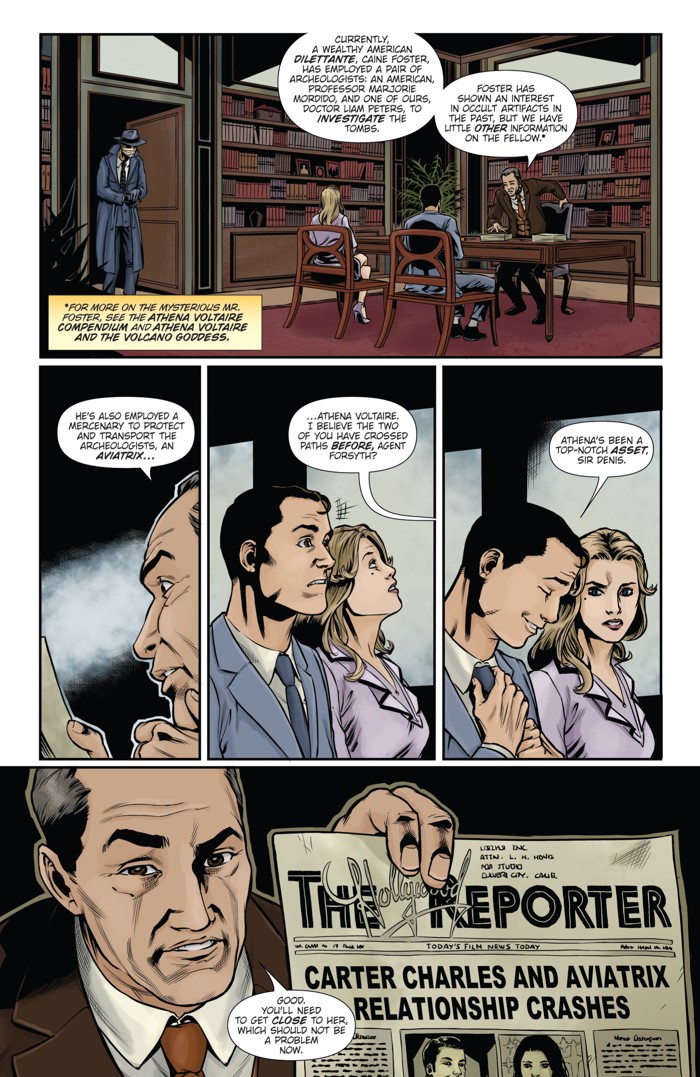 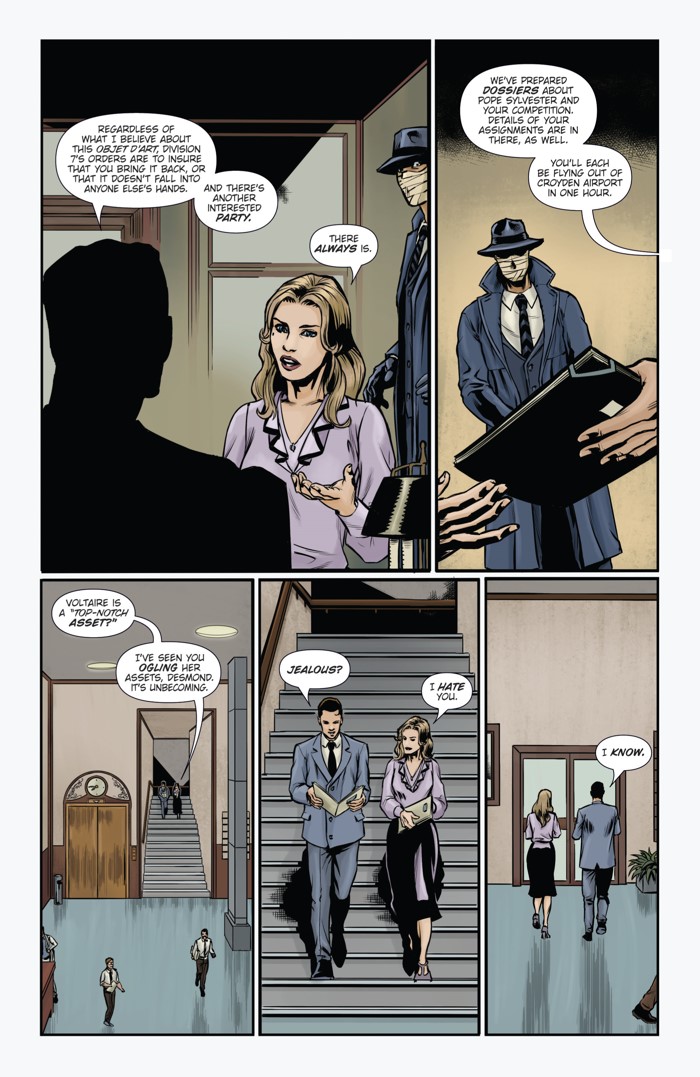 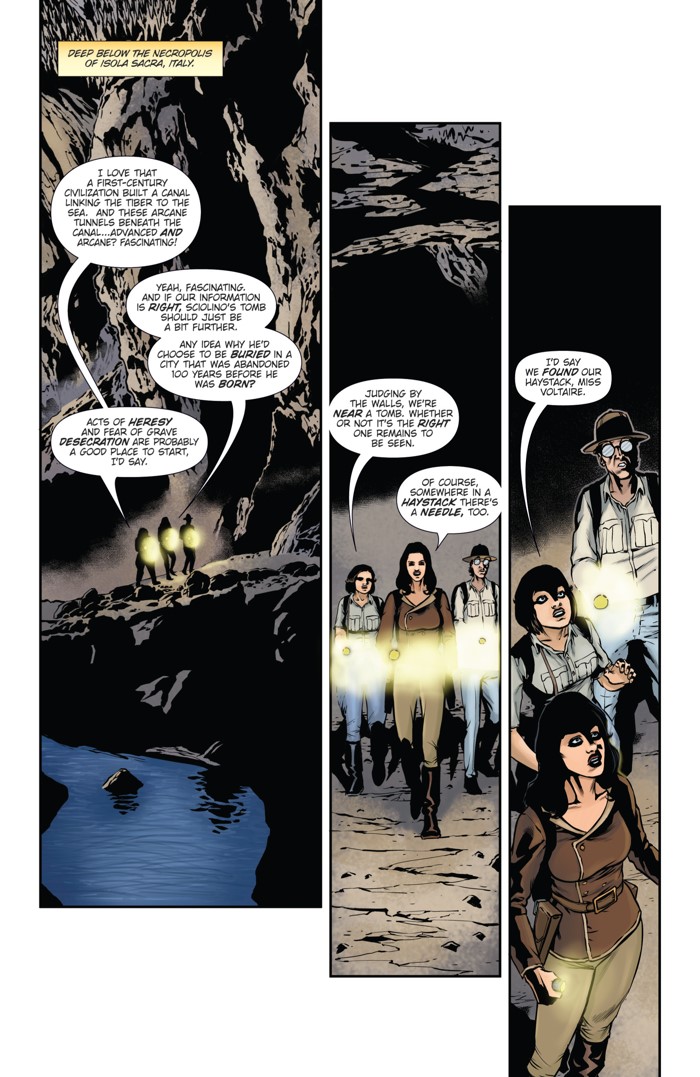 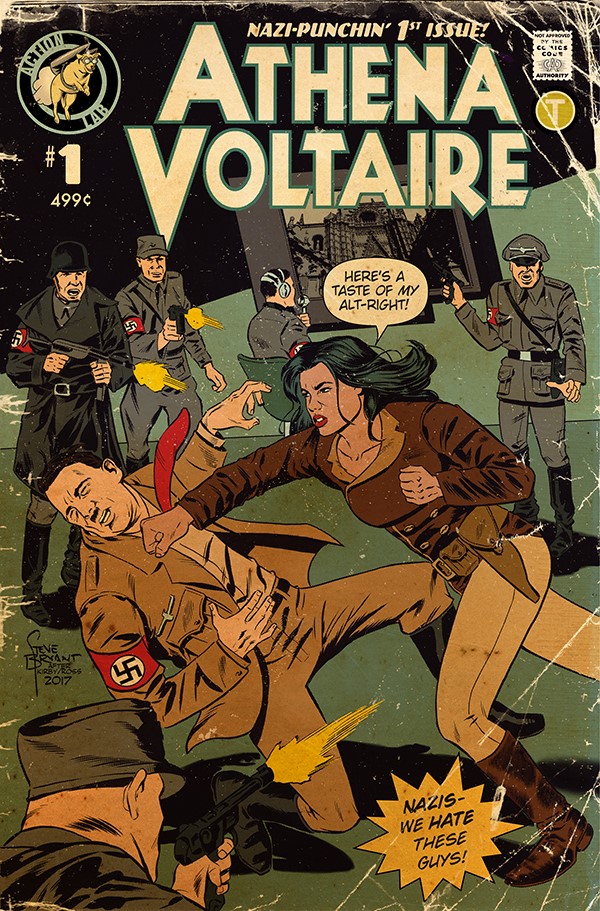 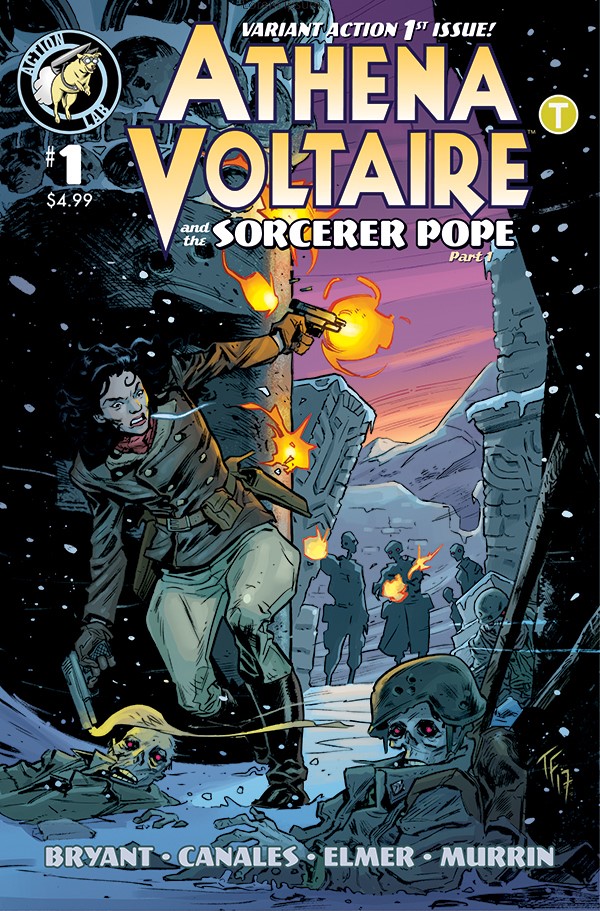