Media Release — NEW ARC! Gwen Cooper has been pulled away from her domestic bliss by the reappearance of Captain Jack Harkness, and his companions, the crew of the alien tech-filled ship the Ice Maiden. No sooner has Gwen rejoined the team, than they has to contend with jetski-riding ninjas, a mystery involoving an alien race known as the Navigators, the return of the roguish Captain John Hart, and the revelation that the current Lady of Torchwood House, Karina is far from what she seems. As we rejoin events in the midst of a stand-off, things are more than a little tense… 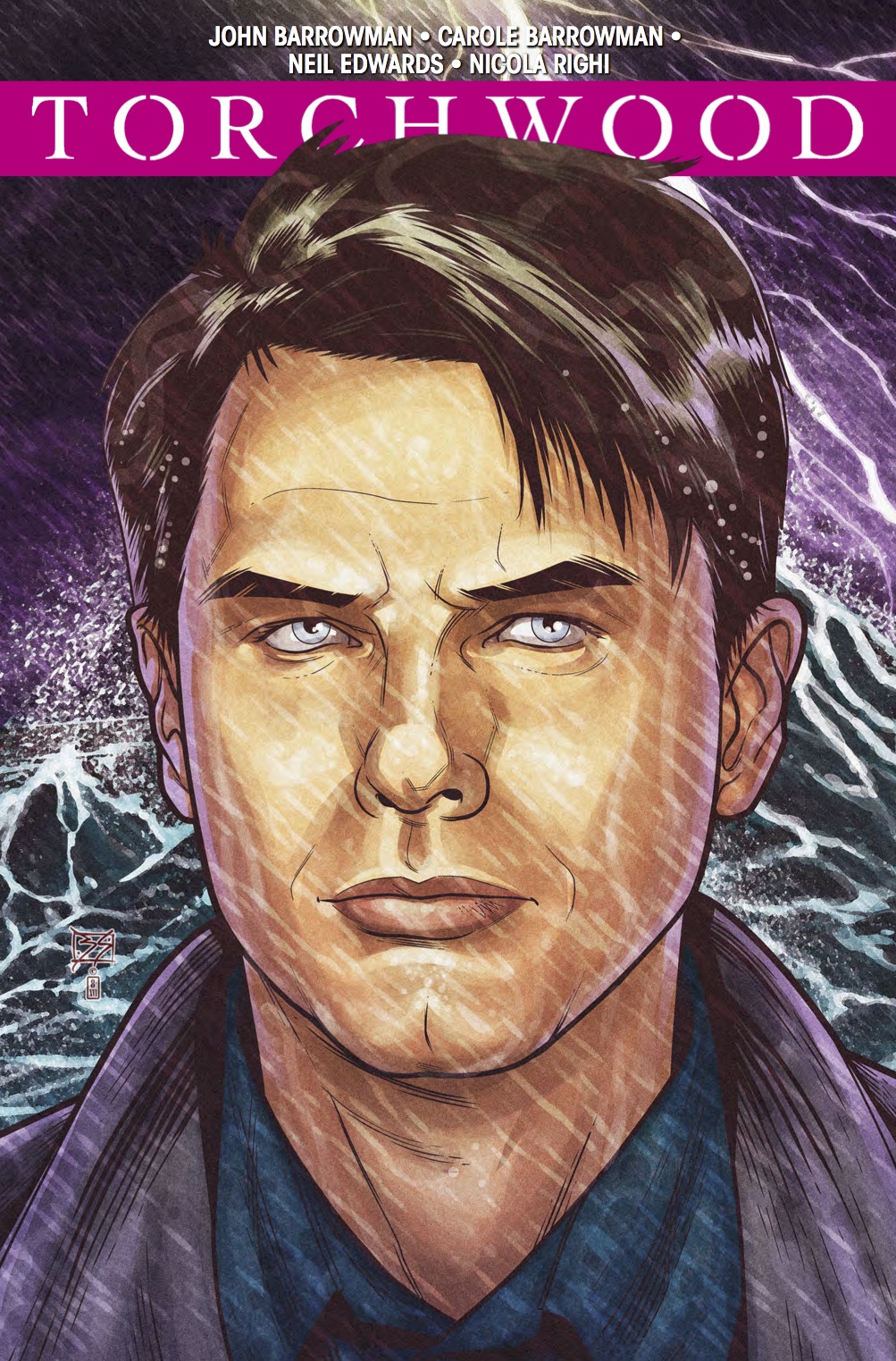 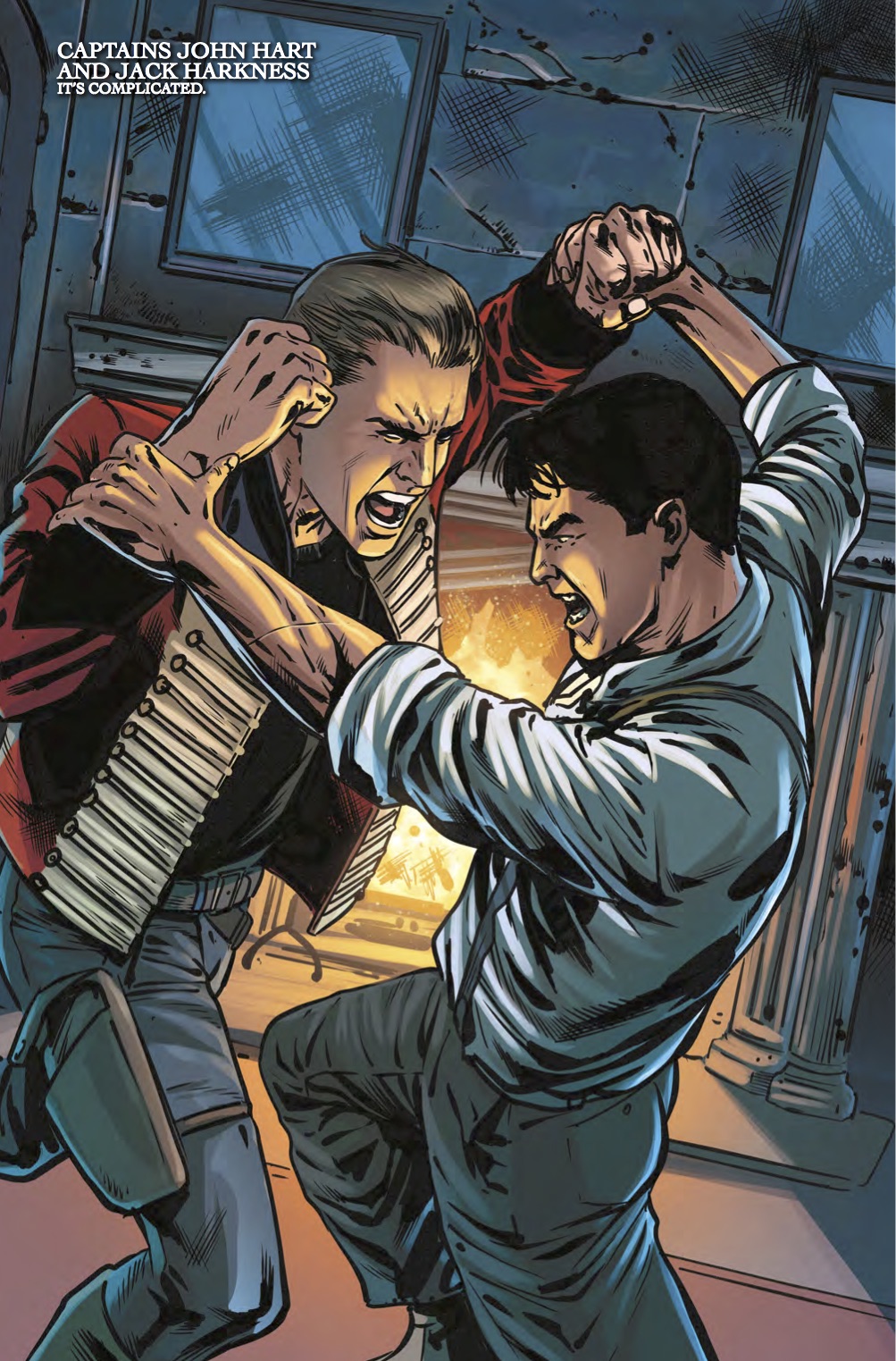 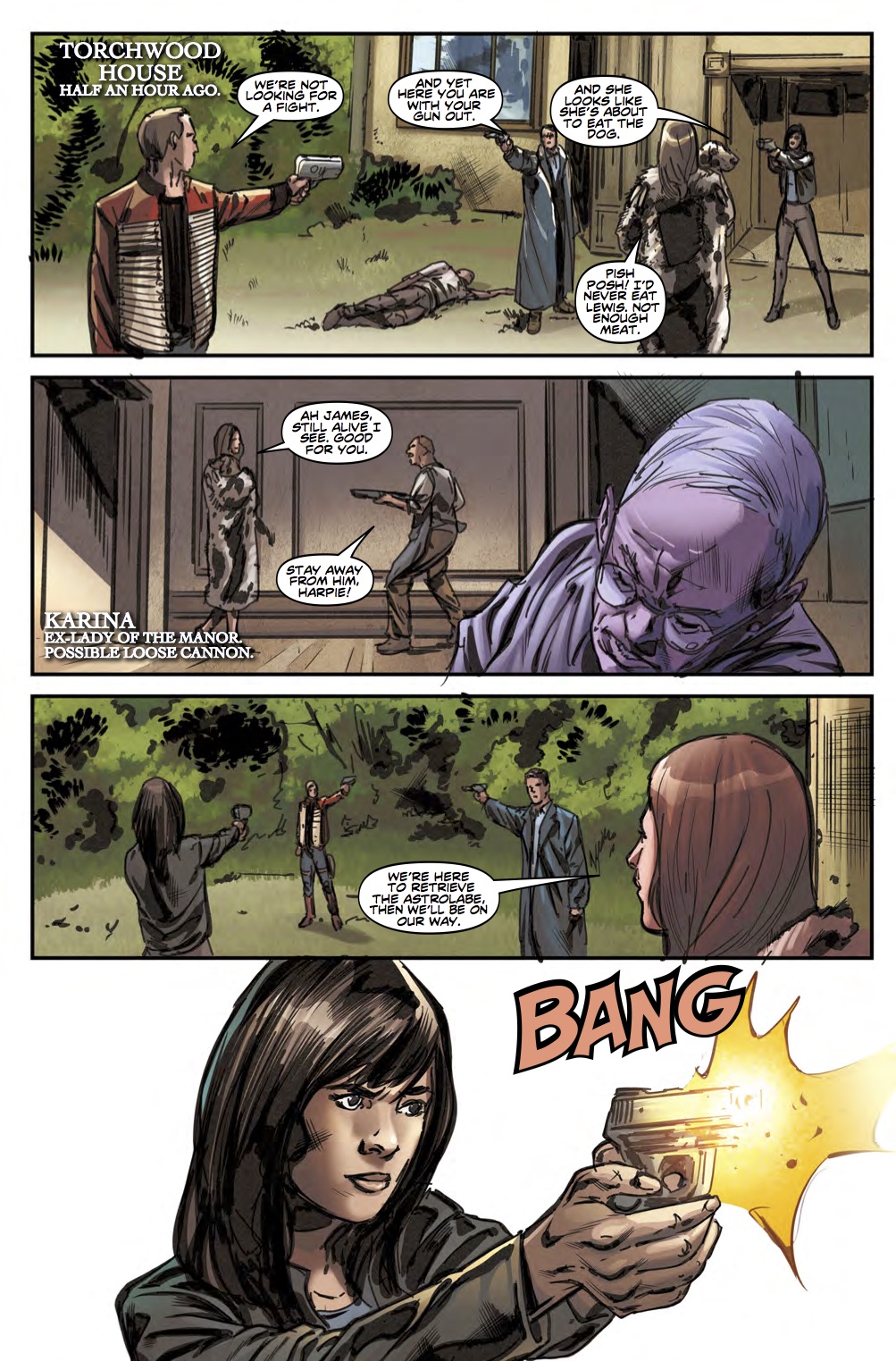 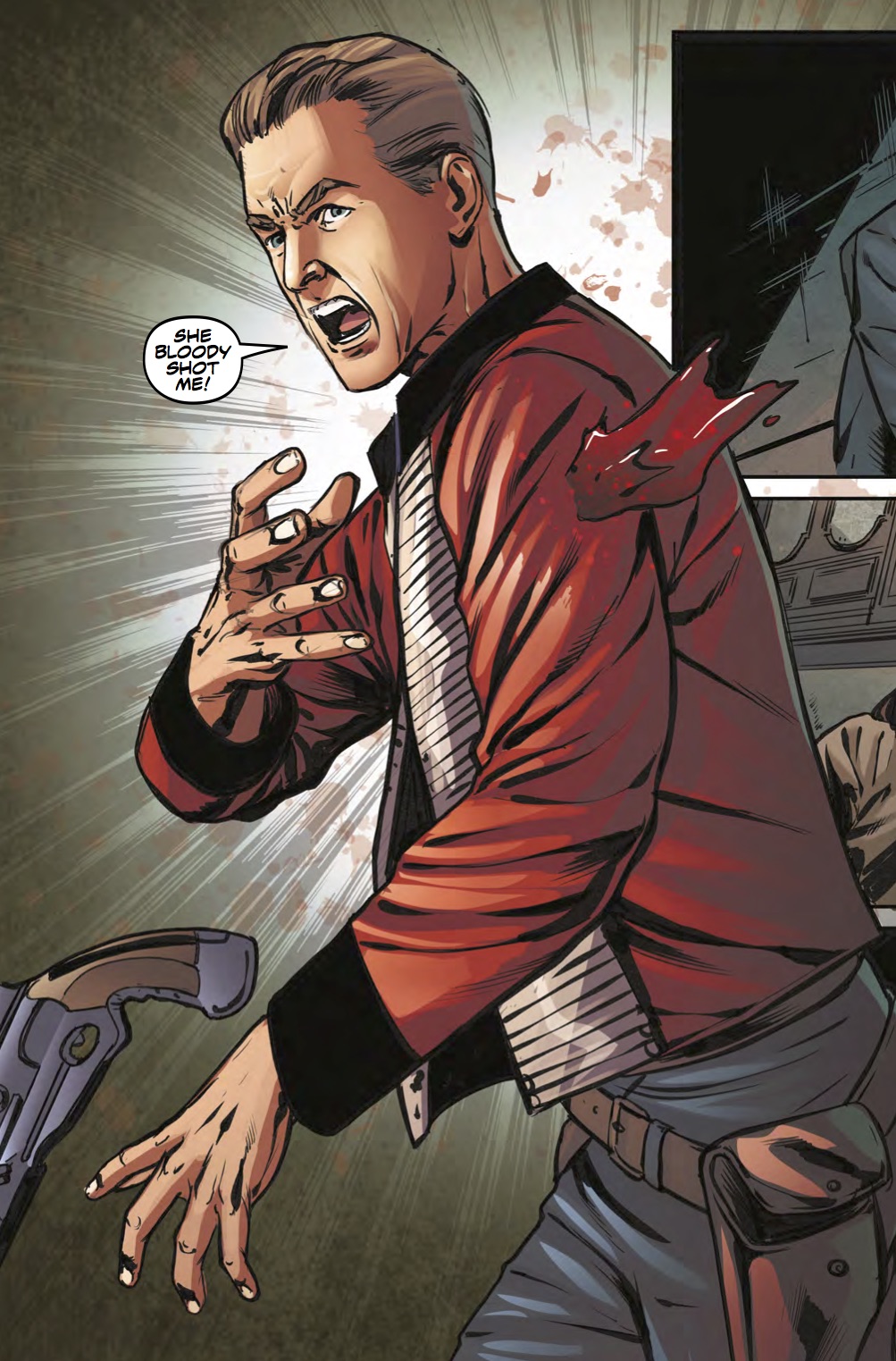 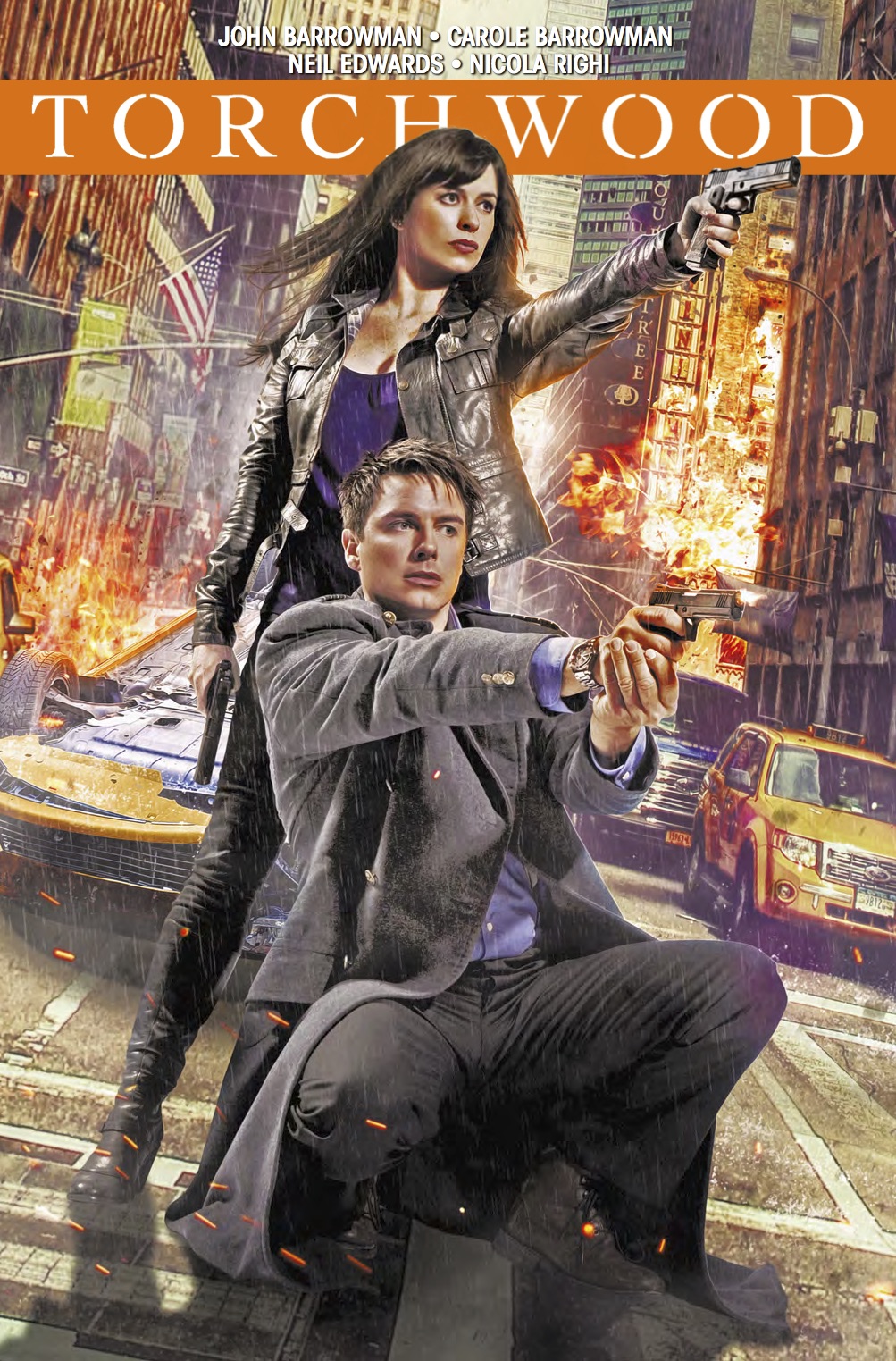 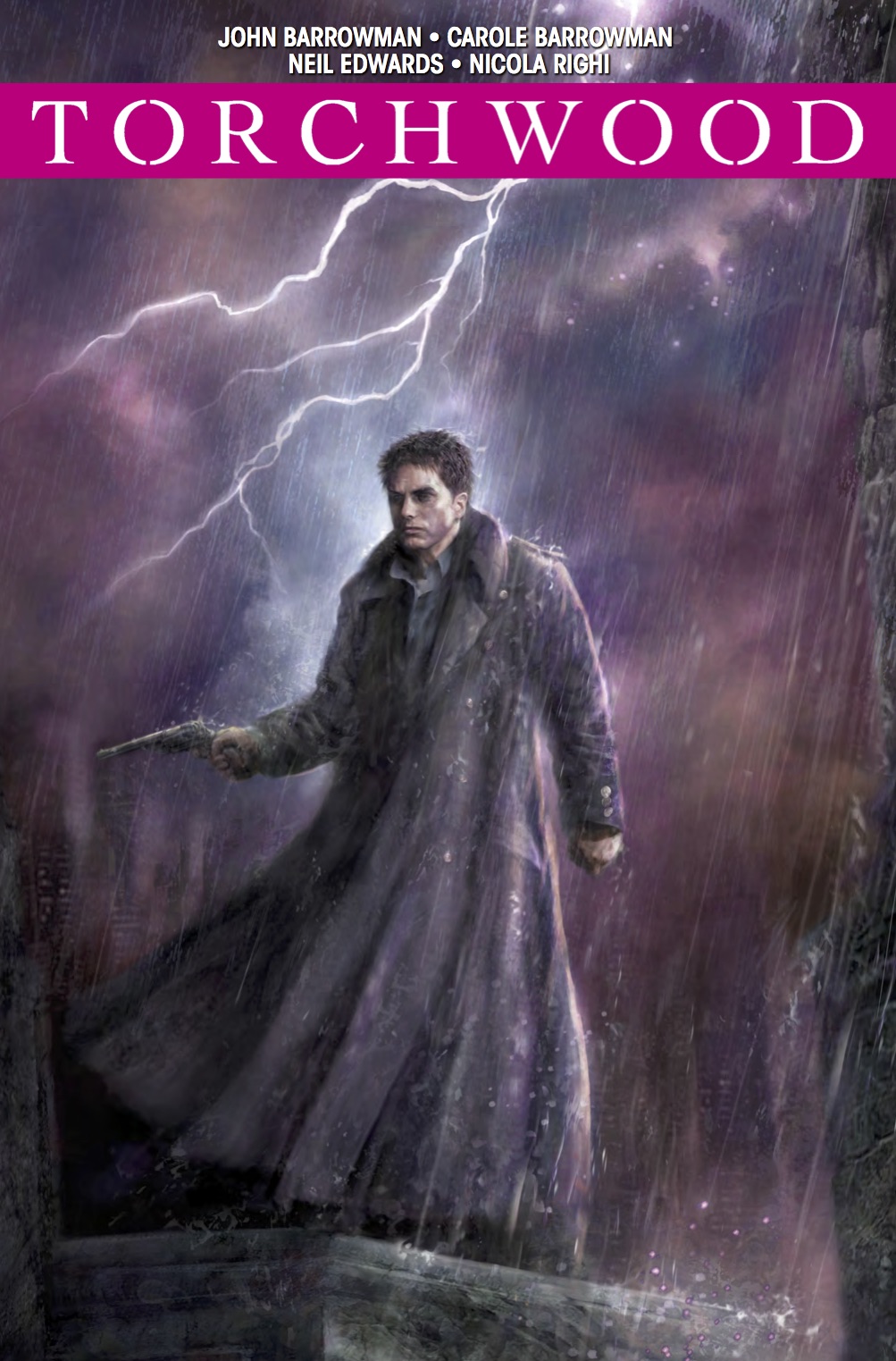 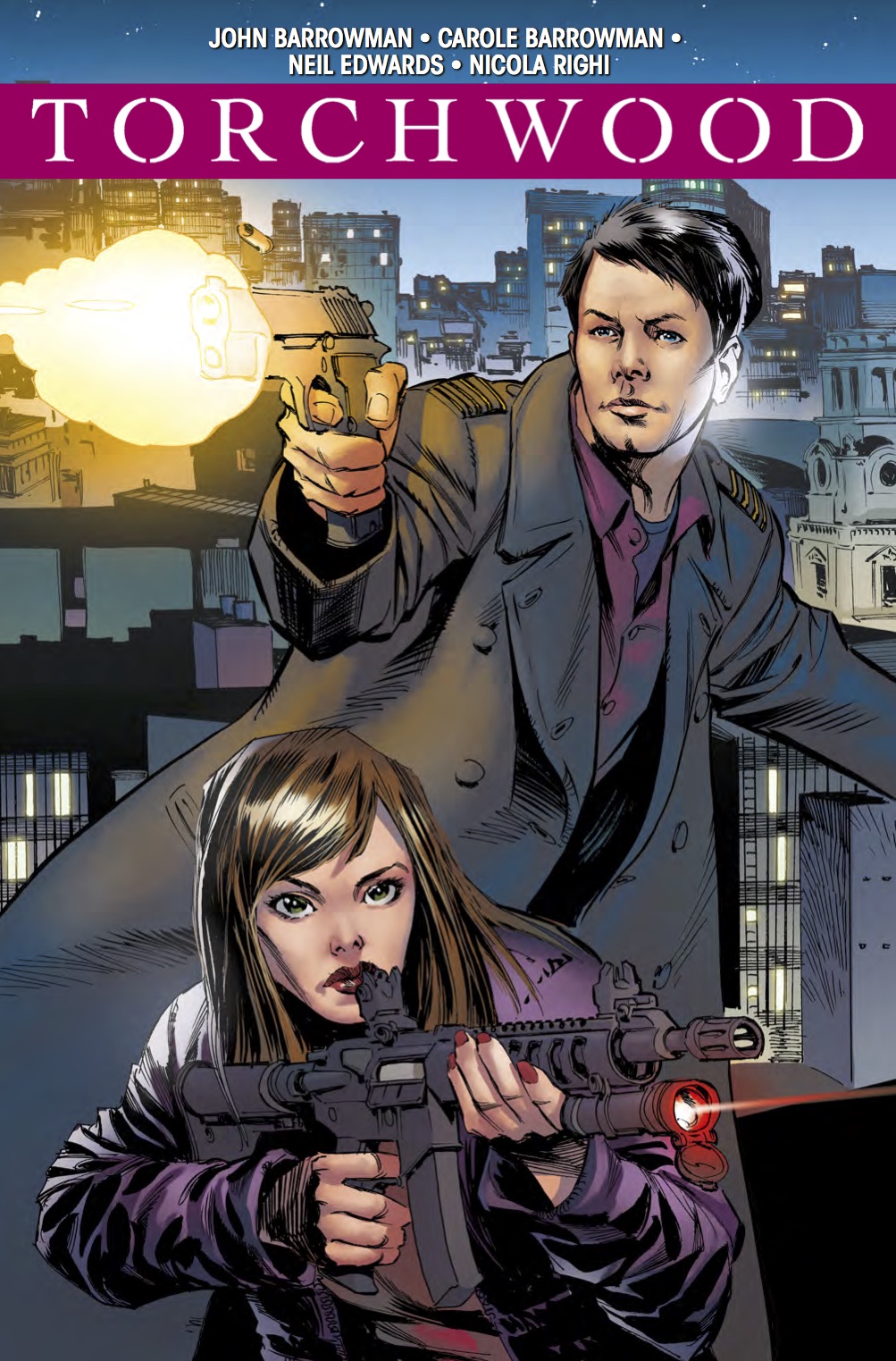 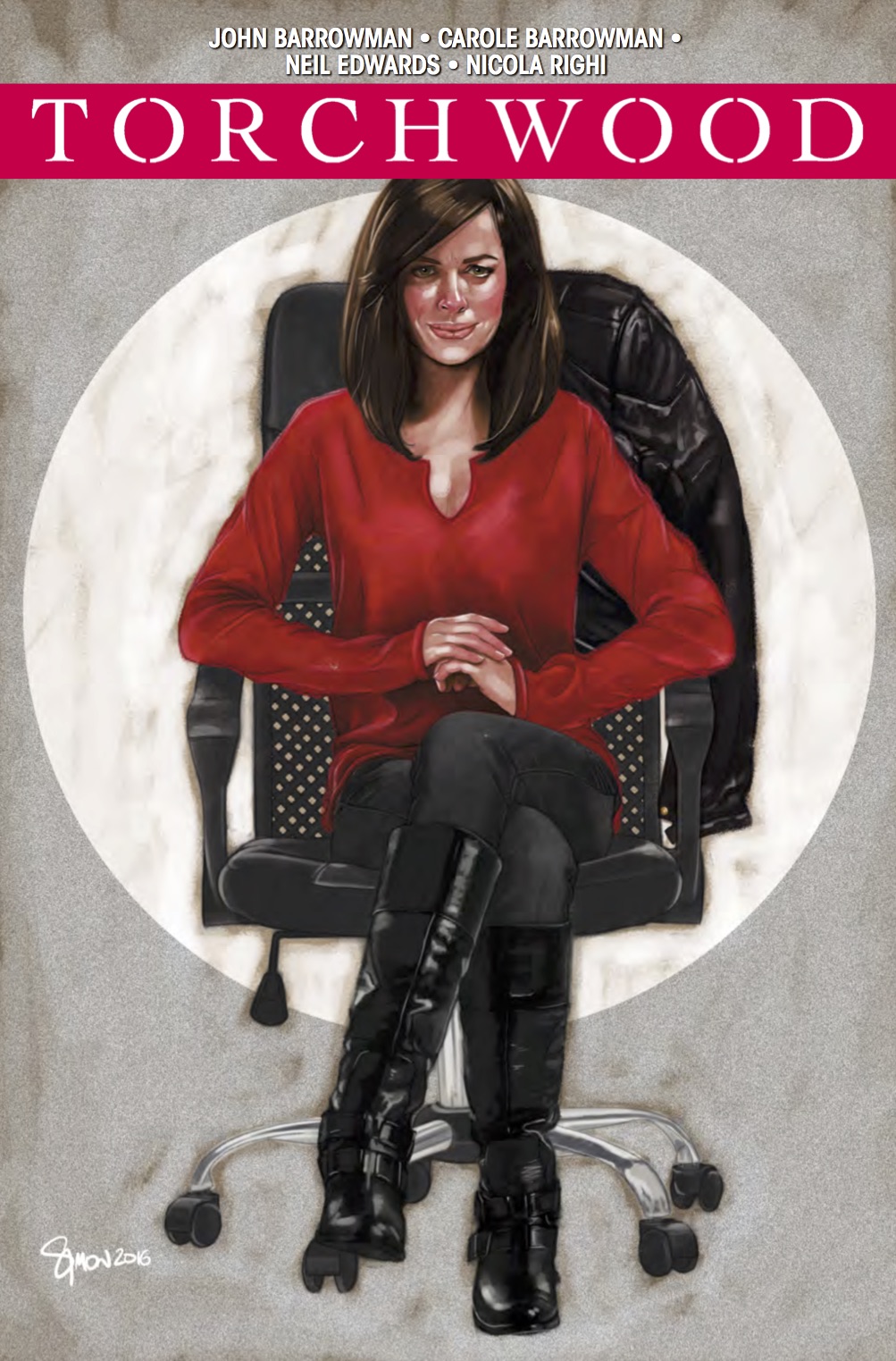