Media Release — It’s Mars, and it’s Mardi Gras, and it is blowing up. Literally. (Again.) Coyle and his team investigate a suicide bombing outside the gates of Vantage Solutions, Inc., a crime that may possibly/probably have ties to Coyle’s past. Guest-starring a giant wiener.

“With blasted body parts and unpleasant fluids oozing everywhere, this is pitch-black, scatological satire disguised as a hard-boiled military conspiracy thriller. Crucially, like Archer, it’s also hilarious, while McCormack’s 2000 AD-inspired art makes Mars look vast, wild and mysterious, despite all the industrial crap humankind has carelessly strewn about.”
The Guardian

“Equals parts funny and grotesque, this comic’s twisted sense of humor shines a spotlight on the worst human beings have to offer […] Neal Holman’s sharp dialogue is a perfect pair with Clayton McCormack and Kelly Fitzpatrick’s rich, dusty artwork.” Nerdist

“Redline is a fantastic, ground-level sci-fi story, that is filled with wit and dirty charm whilst also containing some thought-provoking drama and intrigue.” Bleeding Cool

“[…] the whole atmosphere of desert heat, death, military hardware, and uncertainty is punctuated by a sardonic sense of humor that laughs in the face of doom on an alien world. Despite the sun-drenched setting, the book is dark, tinged with noir sensibilities and plenty of black comedy.” Comic Book Resources

“Fans of well-written dialogue must read this. Refreshing and interesting, Redline is a series those who love character dramas must read.” AiPTcomics 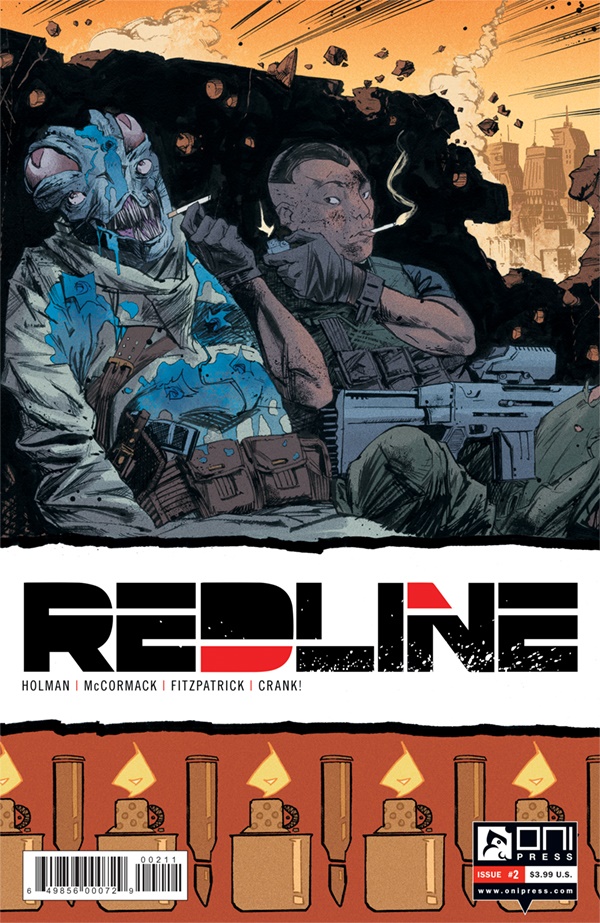 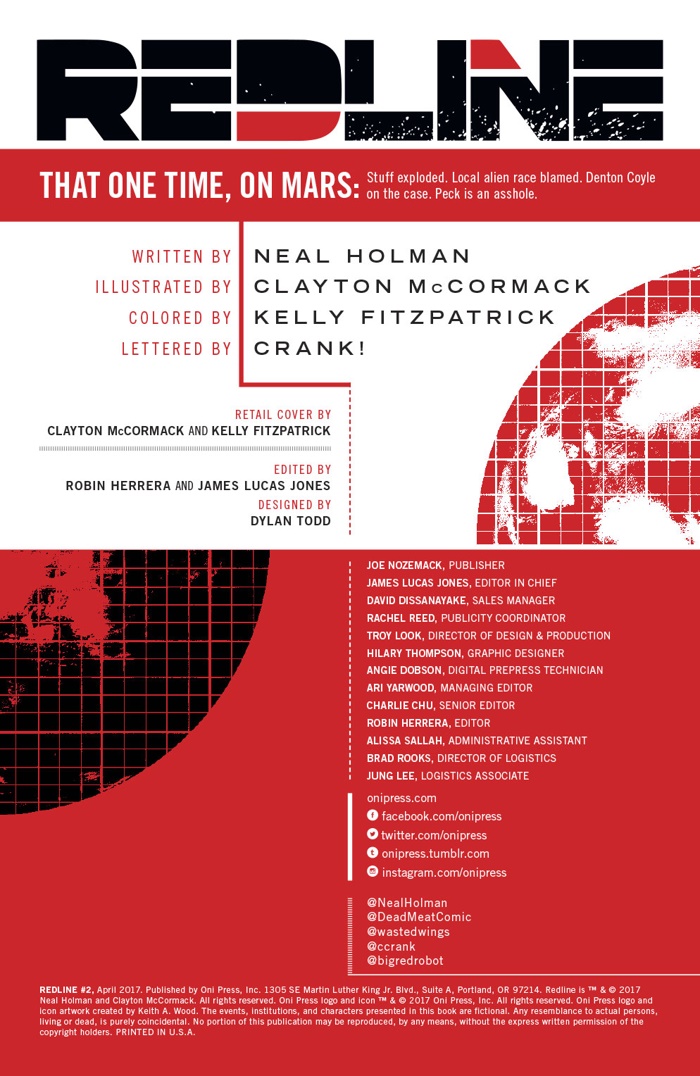 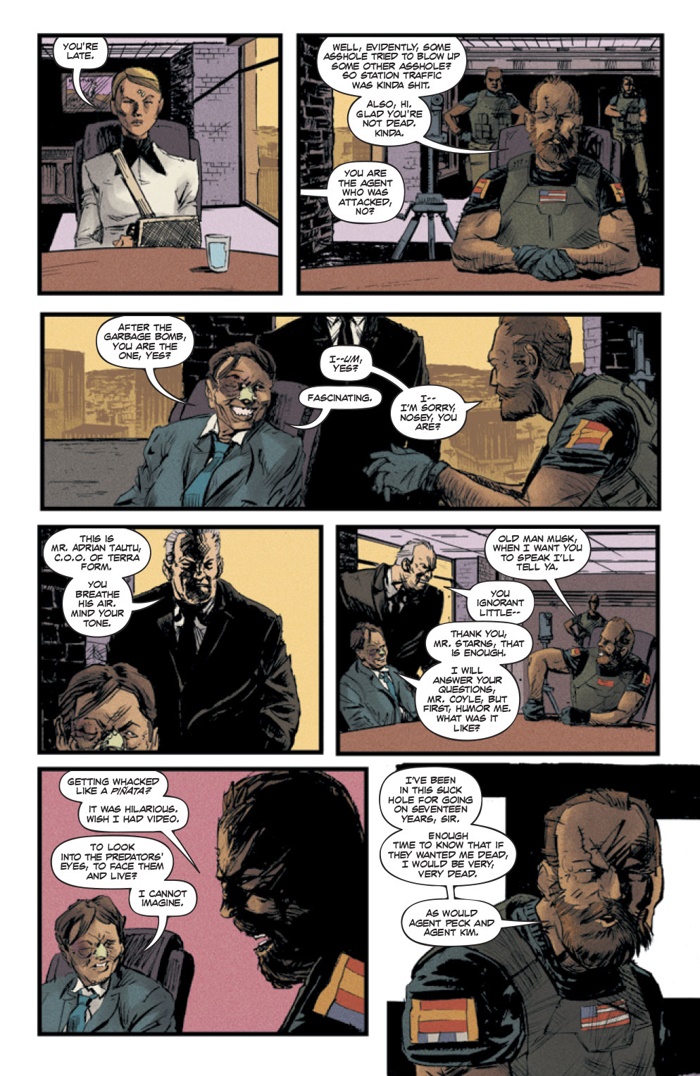 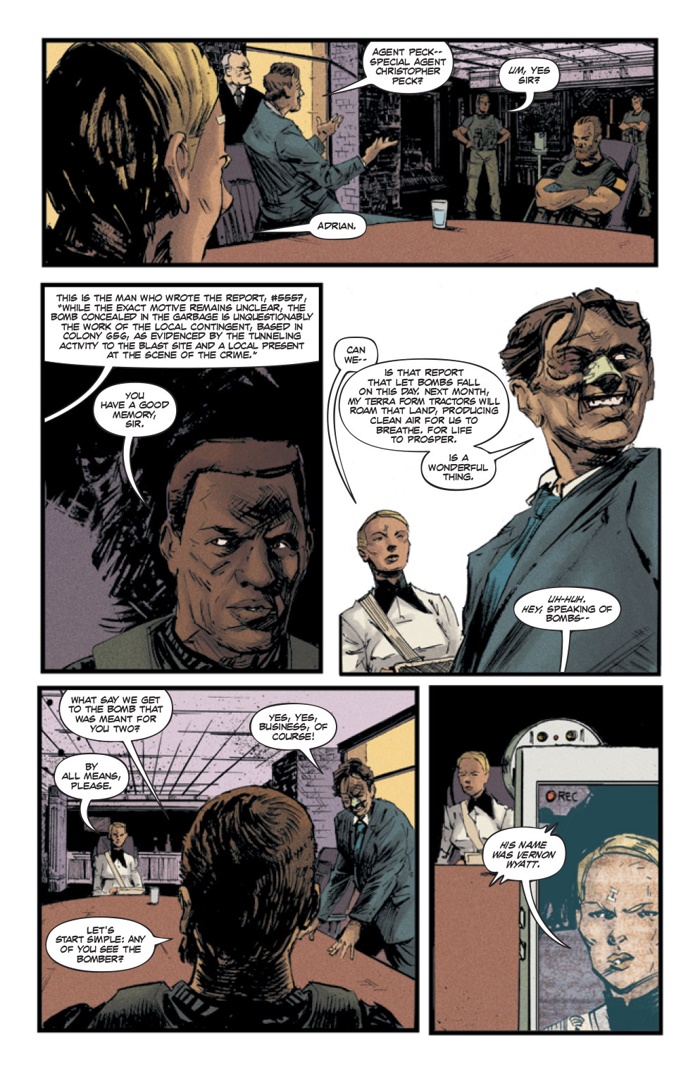 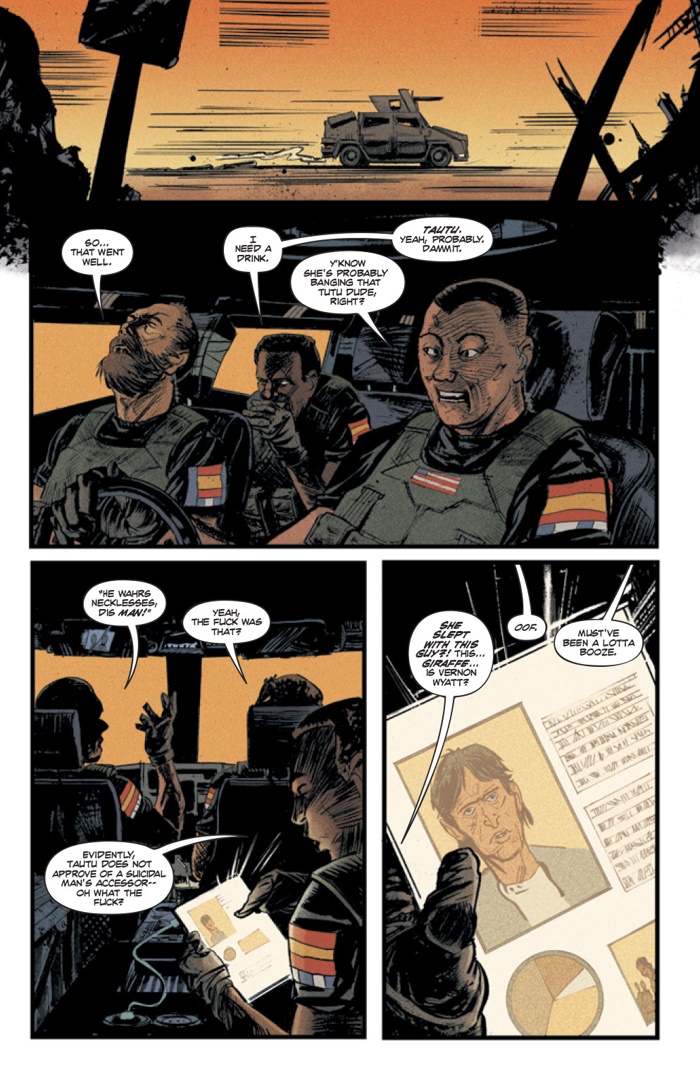 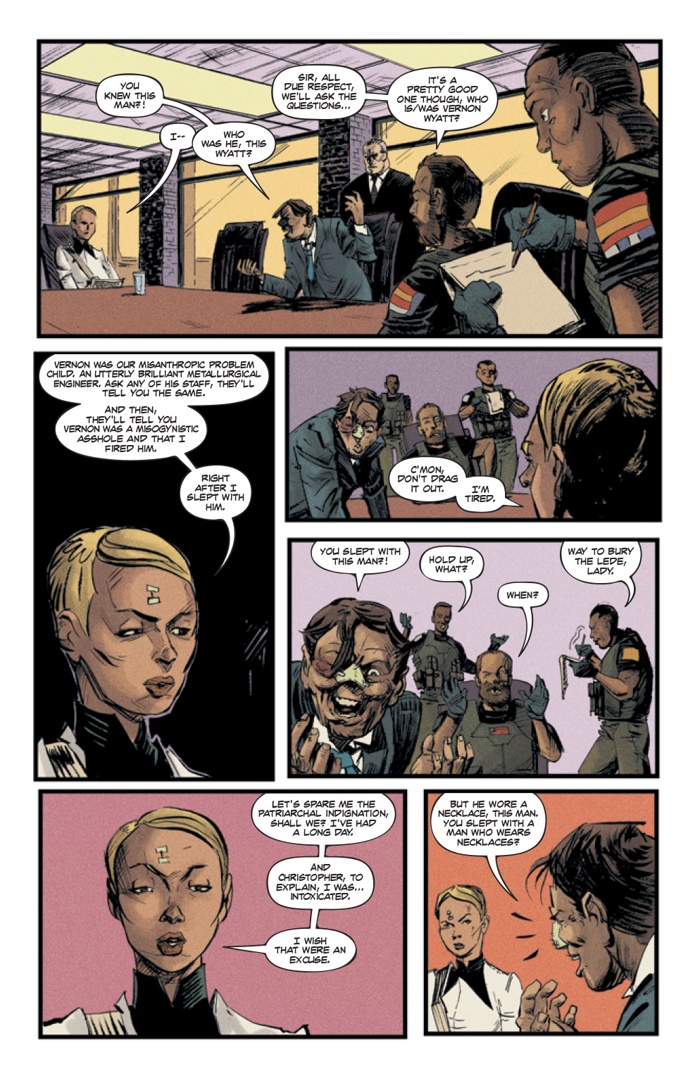 ComicList Preview: IMMORTAL BROTHERS THE TALE OF THE GREEN KNIGHT #1