Media Release — Perfect for fans of Transmetropolitan, Sheriff of Babylon, Preacher, and Archer! MARS. The near future-ish. A bomb takes out a city block on Harrison Station. The media rush to blame the local terrestrials (re: aliens,) however Superintendent Denton Coyle has a feeling that it may not be so simple… or maybe that feeling is Coyle’s hangover gut bomb. It’s unclear… like a 50/50 shot, it’s a mistake or explosive diarrhea. Maybe it’s both? In other words, it’s yet another Tuesday on Mars.

“Neal Holman’s experience as a producer and art director on Archer has given him a deep understanding of that balance of light and dark […] the cutting comedic banter that will be immediately recognizable to Archer fans, but the Mars setting and fraught circumstances bring extra spectacle and drama to the proceedings.” The A.V. Club

“Redline is a fantastic, ground-level sci-fi story, that is filled with wit and dirty charm whilst also containing some thought-provoking drama and intrigue. It’s a really strong first issue, and looks set to be a brilliant series and first foray into comics for Holman.” Bleeding Cool

“[…] the whole atmosphere of desert heat, death, military hardware, and uncertainty is punctuated by a sardonic sense of humor that laughs in the face of doom on an alien world. Despite the sun-drenched setting, the book is dark, tinged with noir sensibilities and plenty of black comedy.” Comic Book Resources

“A famous sci-fi movie said ‘in space, no one can hear you scream’ but they never said anything about laugh.” Newsarama 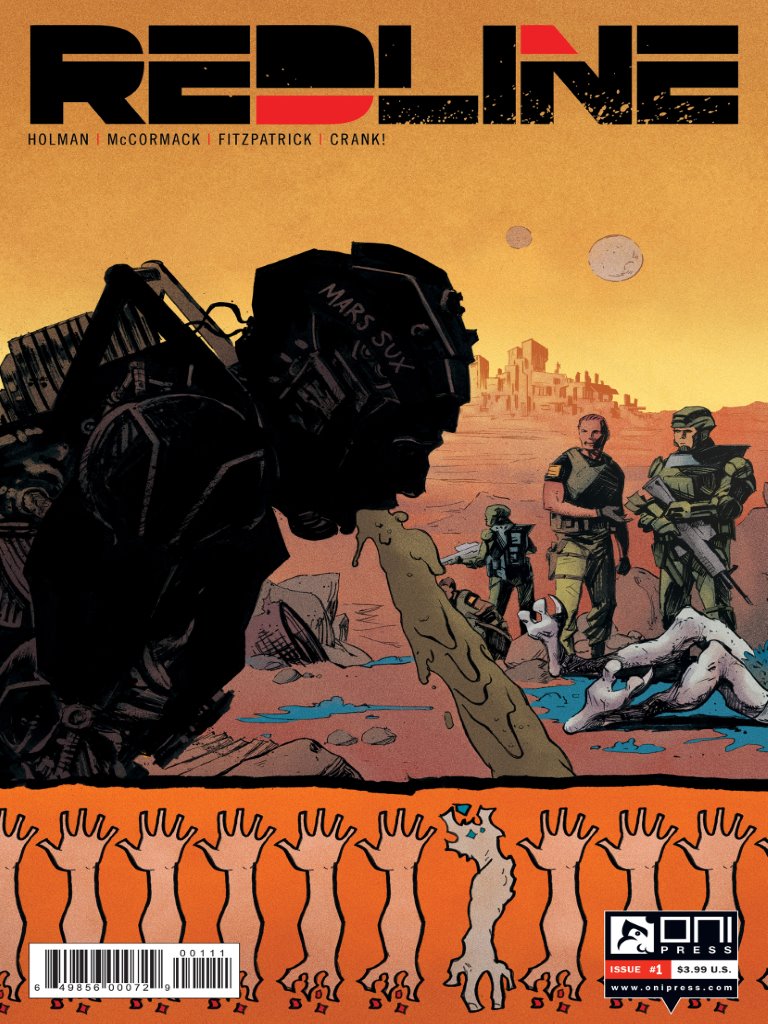 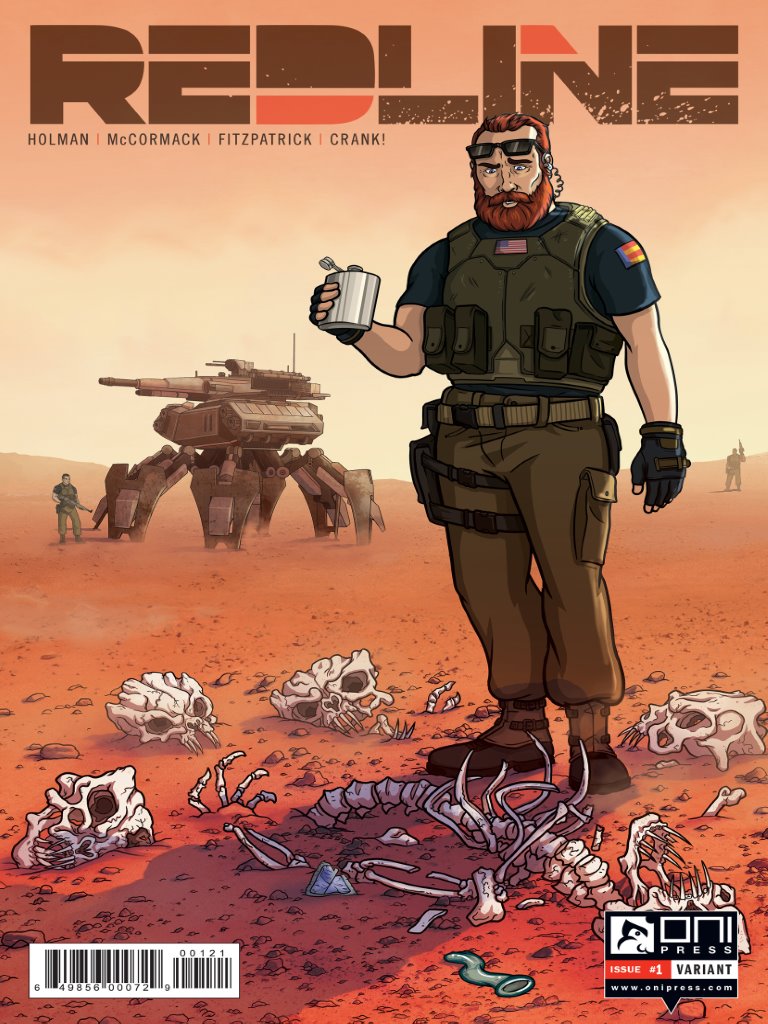 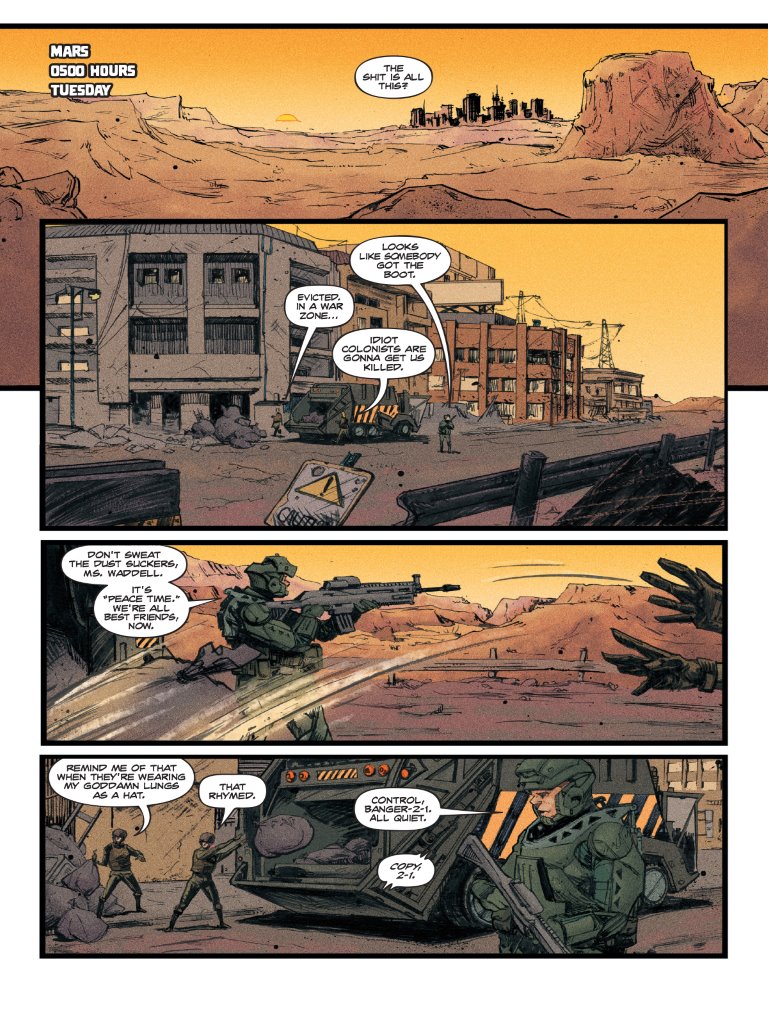 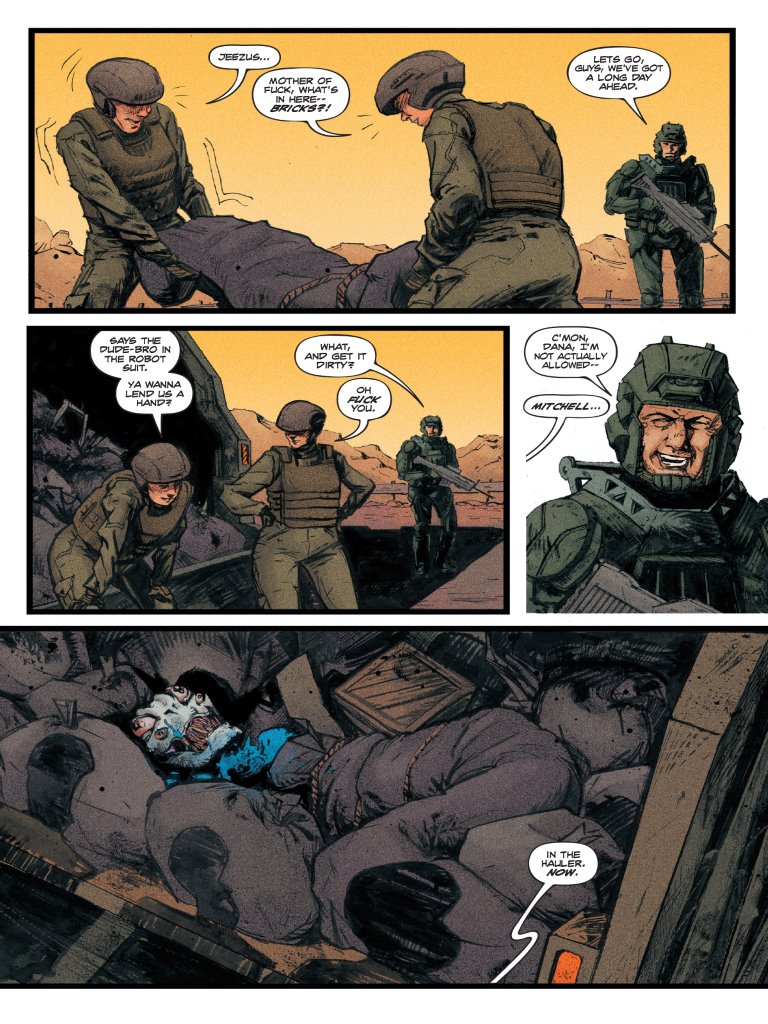 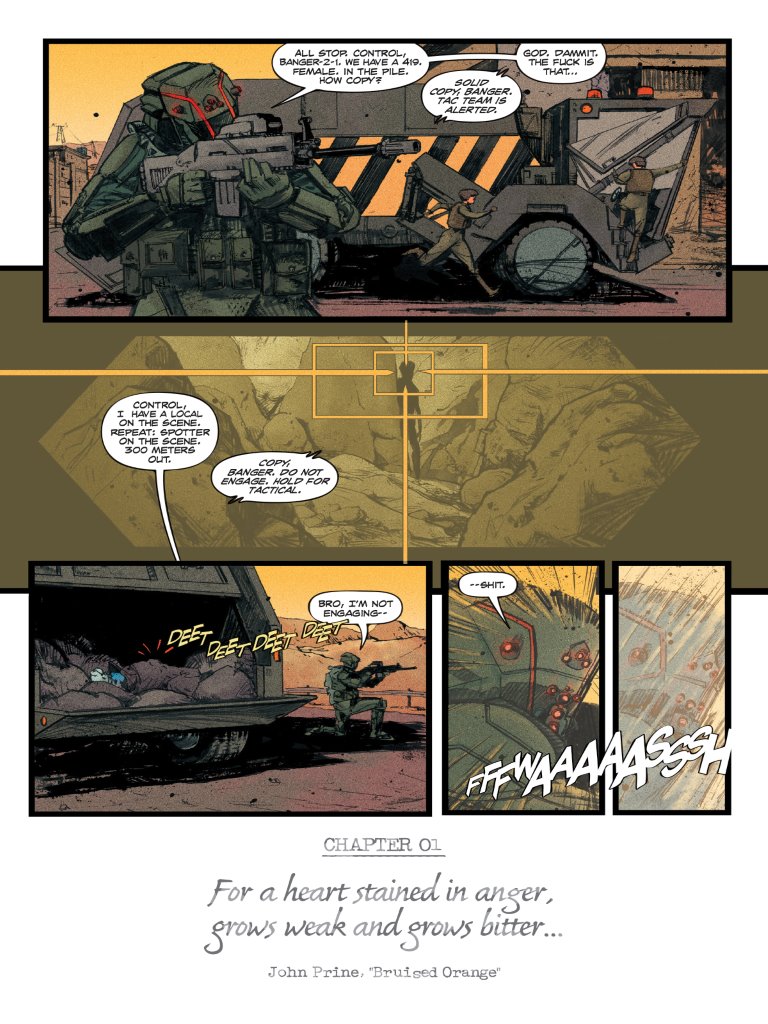 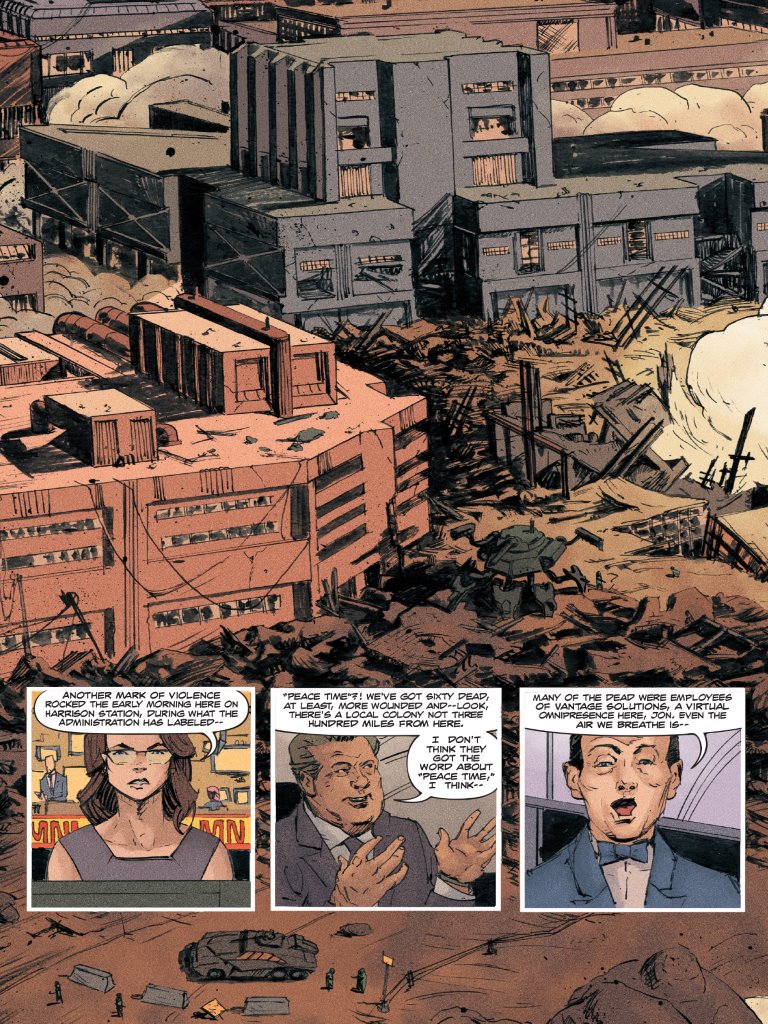 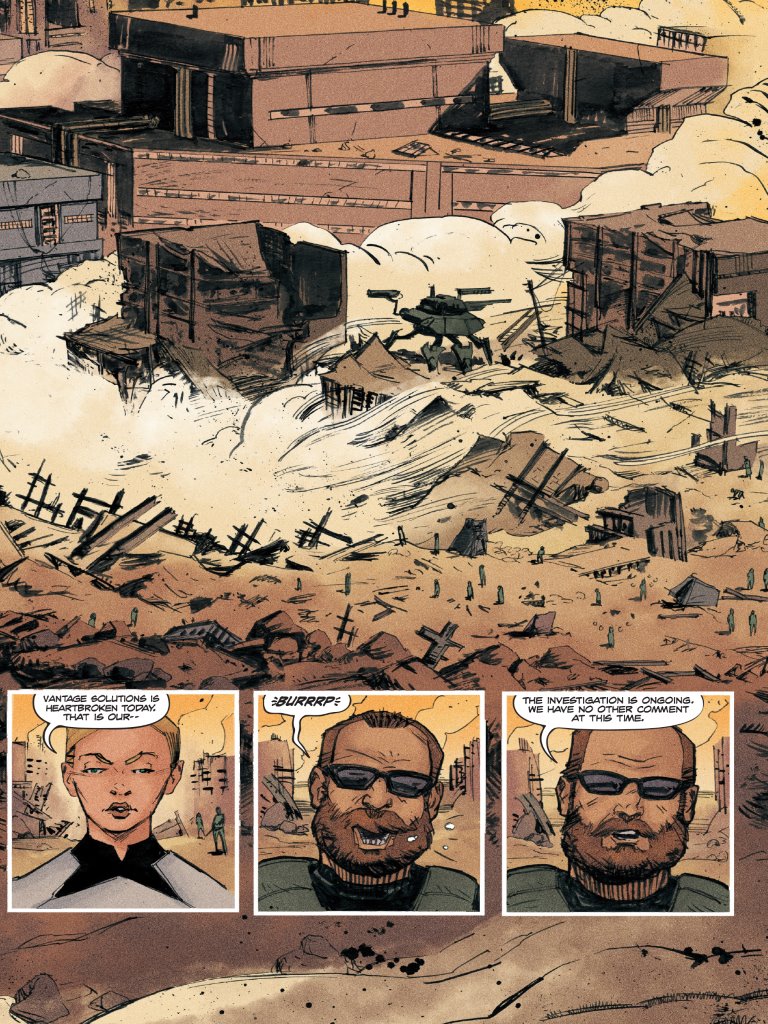 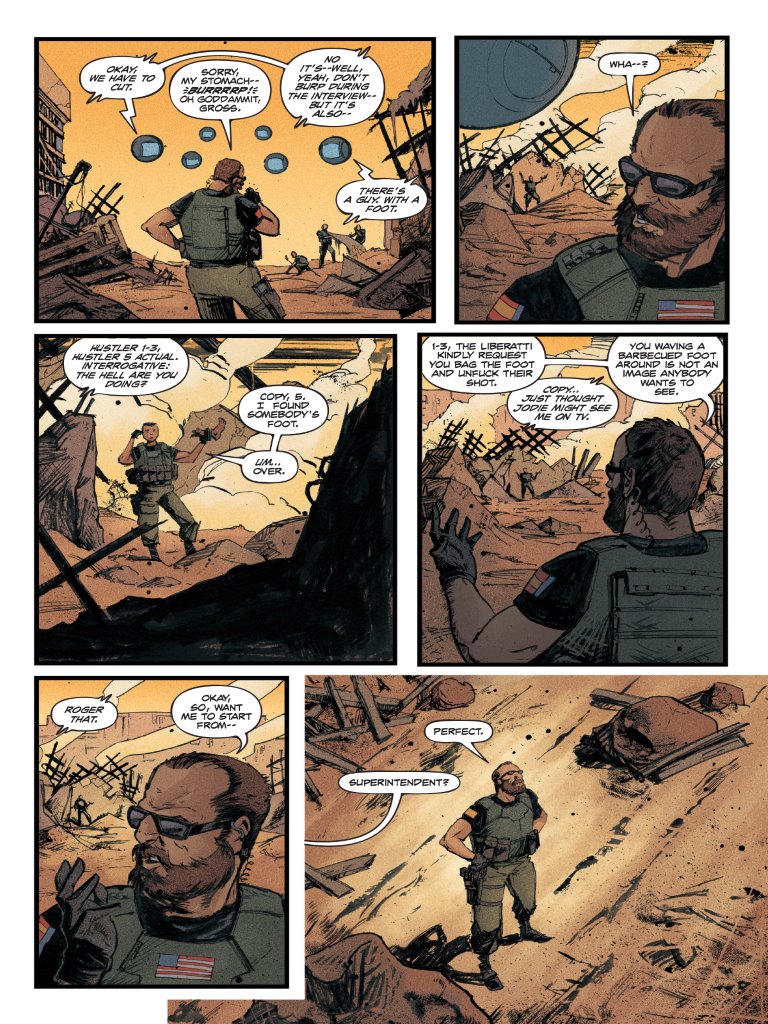 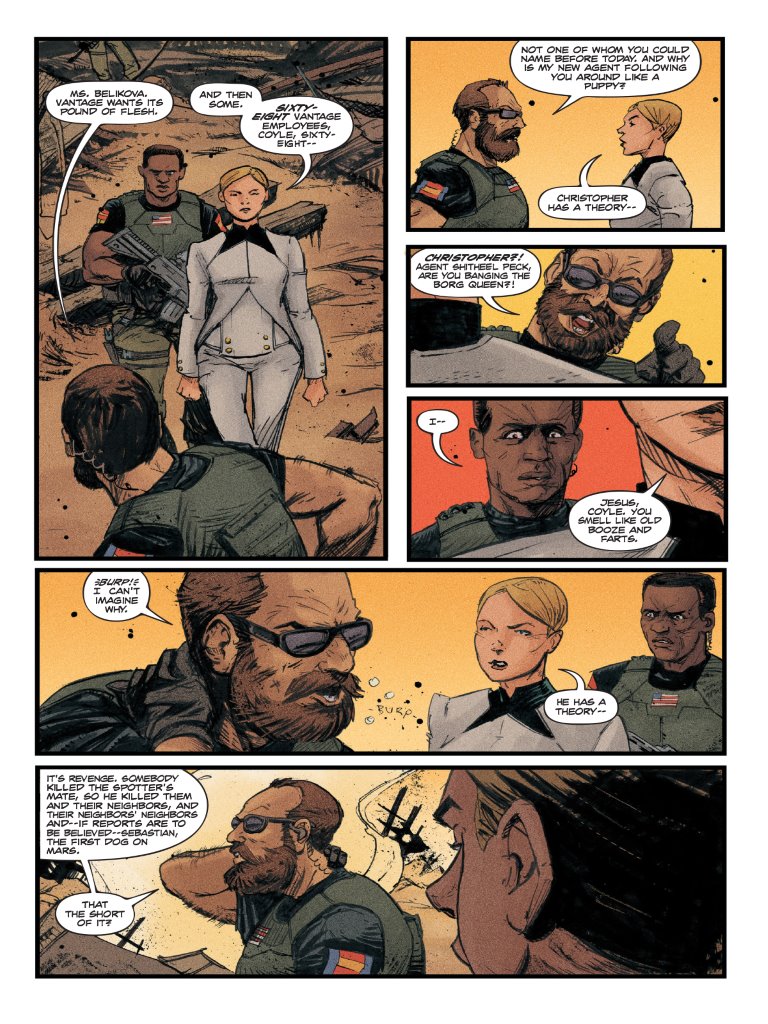 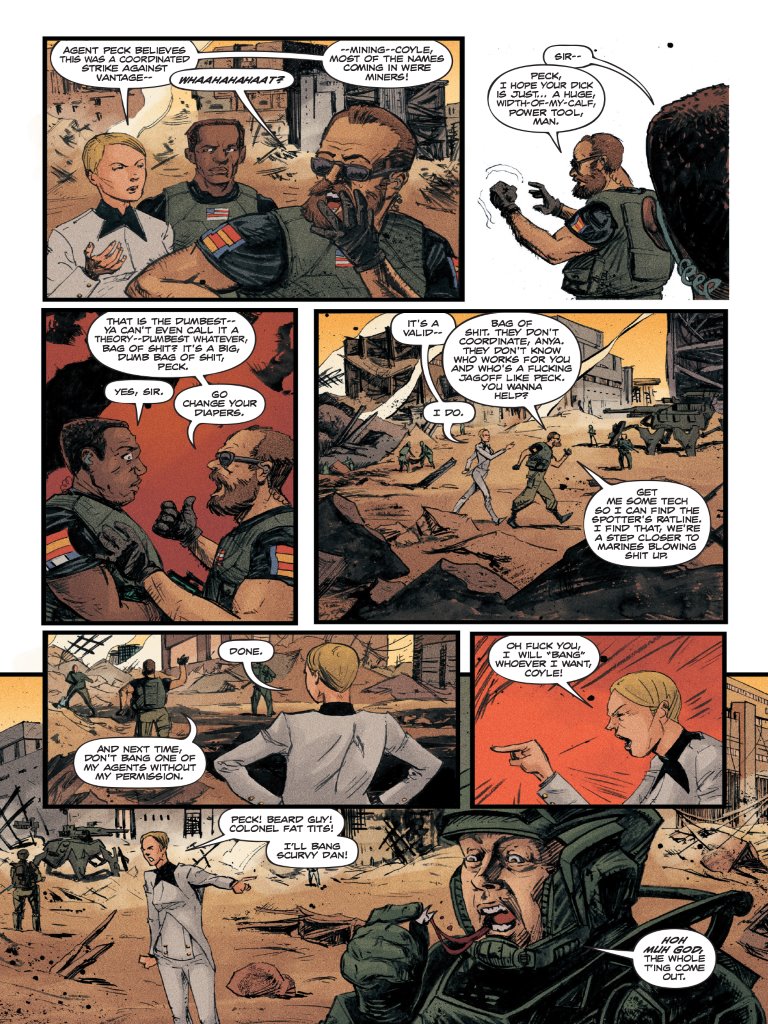 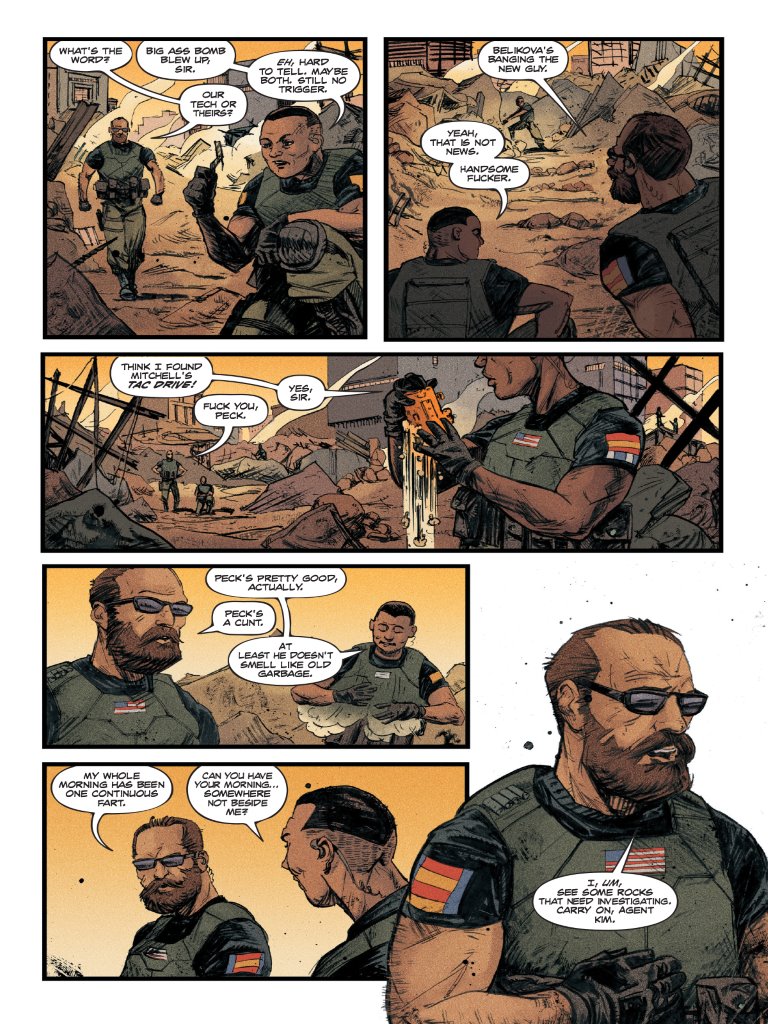 ComicList Preview: SHADOWS ON THE GRAVE #3