Media Release — DollFace and company finally arrived to their destination of the mystical necronomicon book. But will Zombie Tramp hand it over without a fight?

What people are saying about DollFace:

“The art continues to be brilliant. Mendoza has grown so much over the years that it’s hard not to enjoy everything he’s doing with Dollface.”
(Comic Bastards)

“Sweet, kooky and at times completely over the top this is the kind of adult humour that we long to see.” (Reading with a Flight Ring) 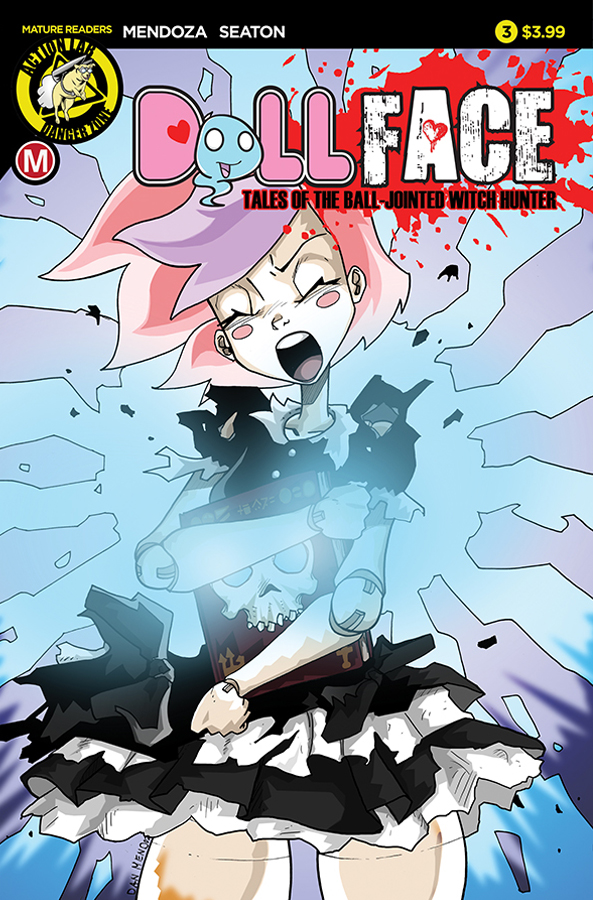 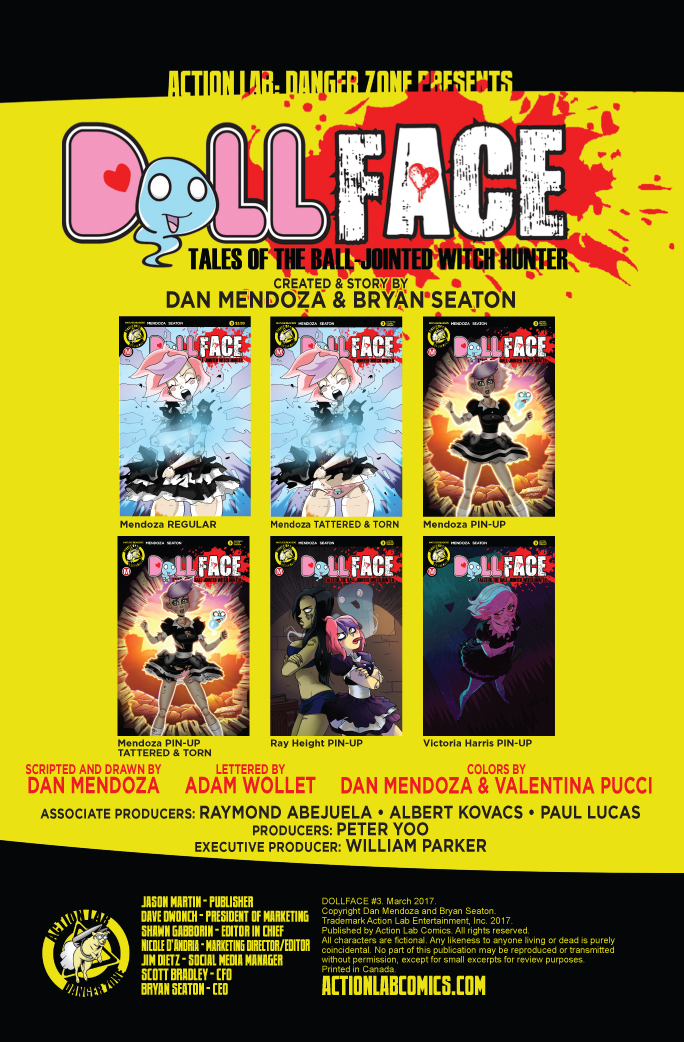 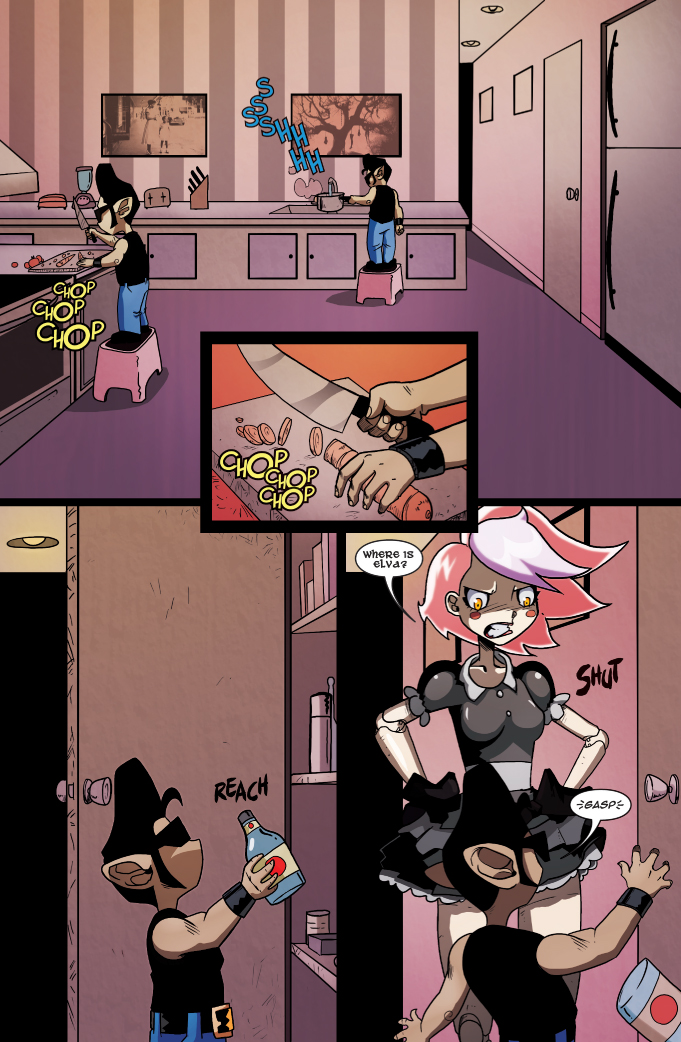 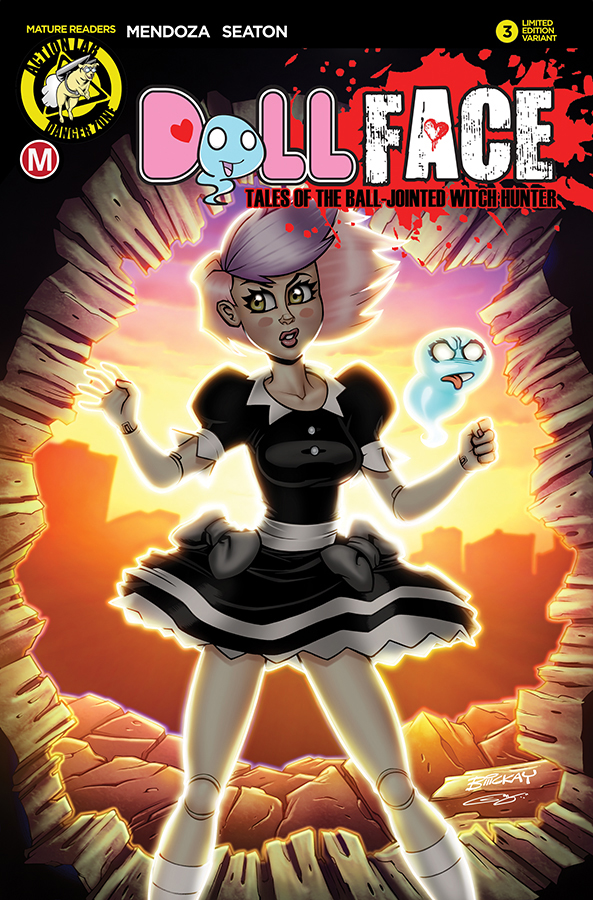 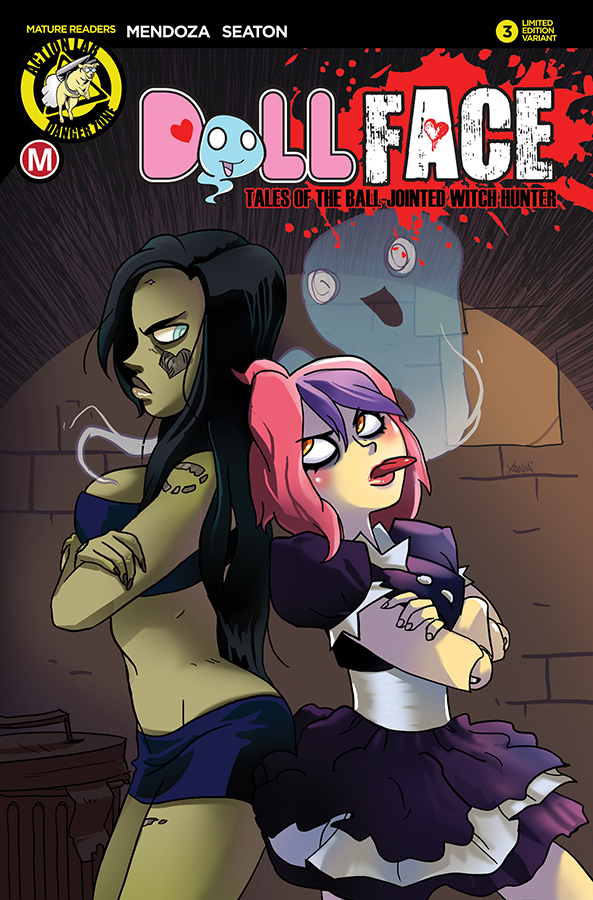 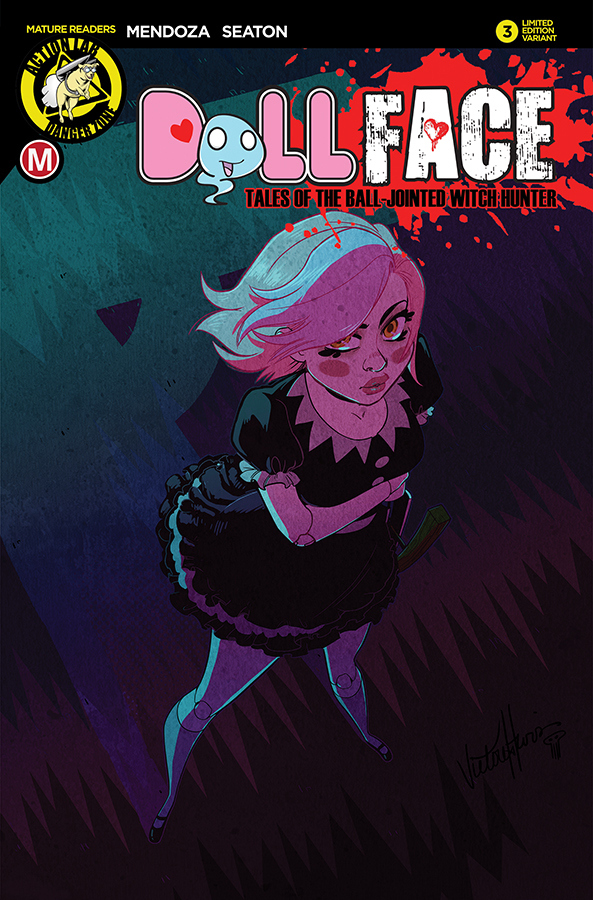