Media Release — Sam Kickwell was the best of the best–until a terrible karate accident involving his brother and ninjas convinced him to hang up his black belt. Now he and his appendage-less sibling have moved to a town that has outlawed martial arts; a place they can finally be at peace—until the fateful day his enemies arrive, forcing him back into the only life he’s ever known: Karate fighting for America.

What people are saying about Amerikarate:

“It’s a love letter, a night on the couch with your best friends, laughing until you fall asleep.” (Bam! Smack! Pow!)

“AMERIKARATE screams fun and boy, does it deliver! Action Lab: Danger Zone has another solid winner on its hands!” (PopCultHQ) 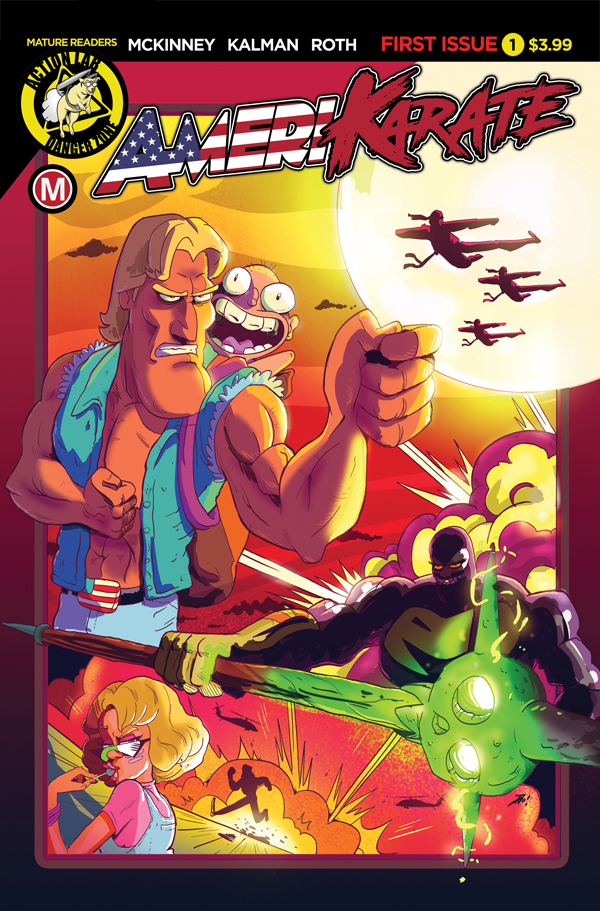 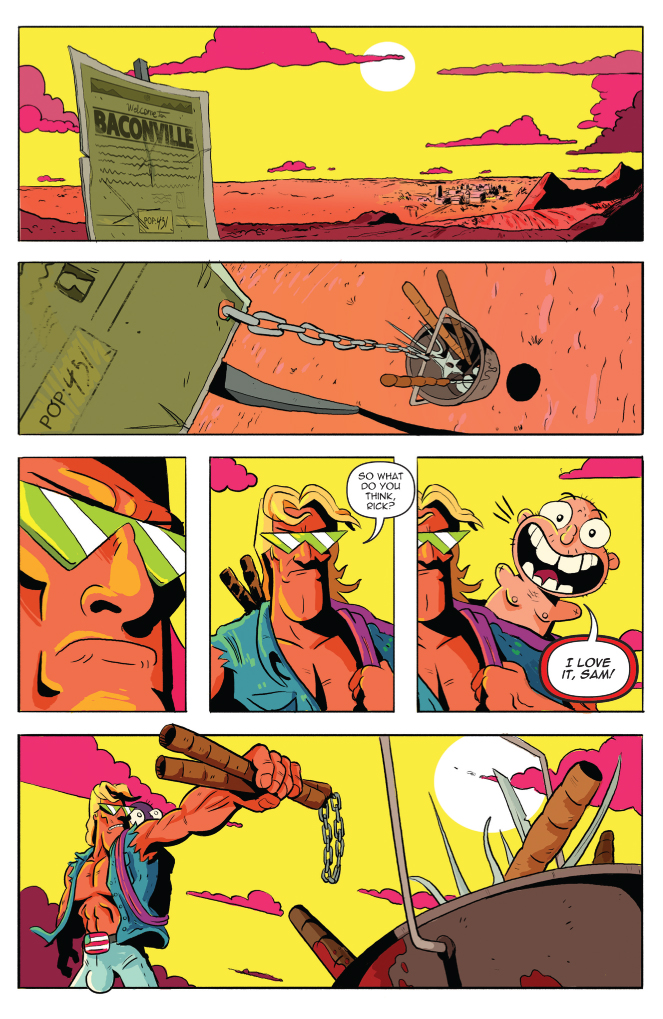 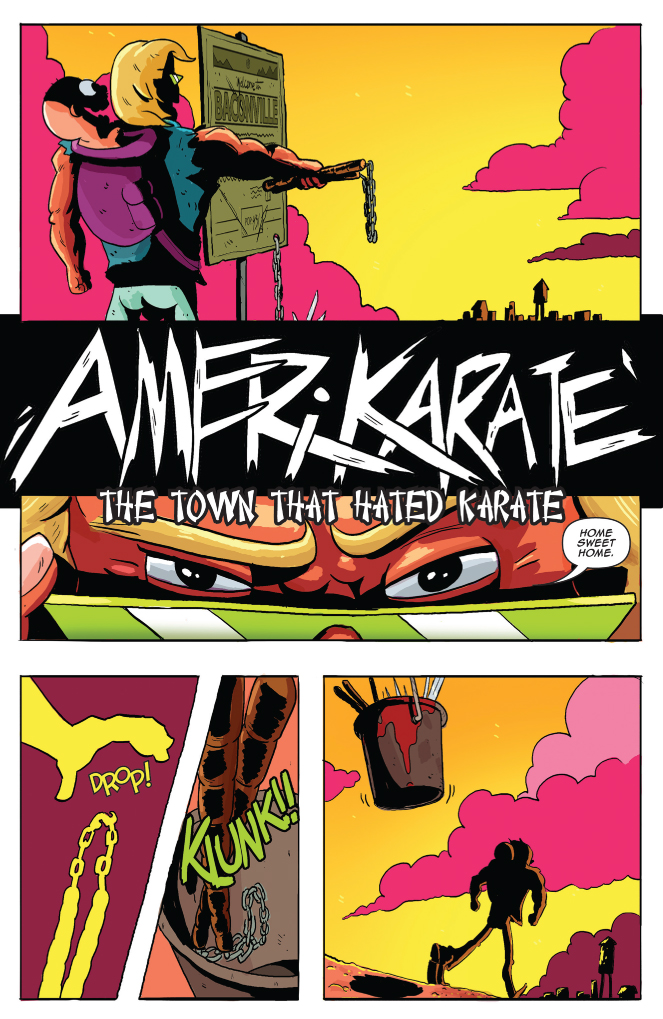 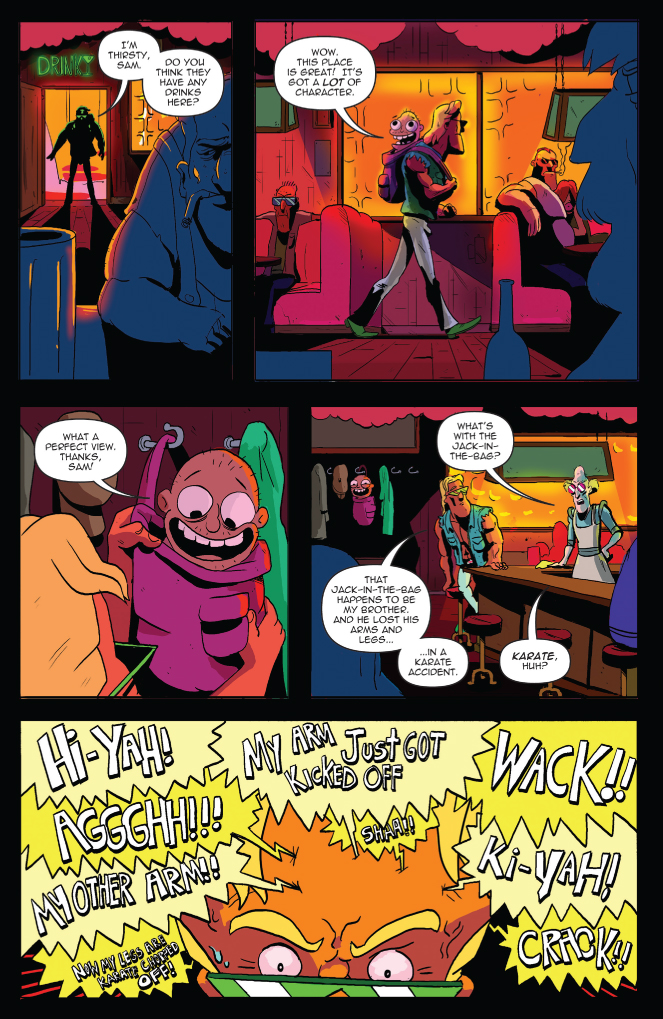 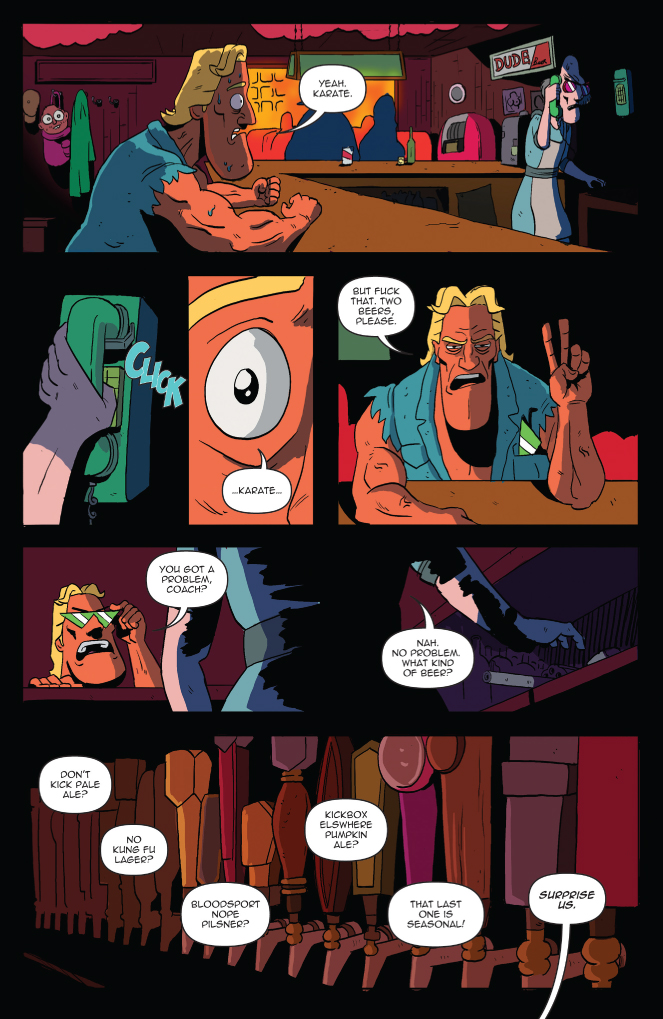 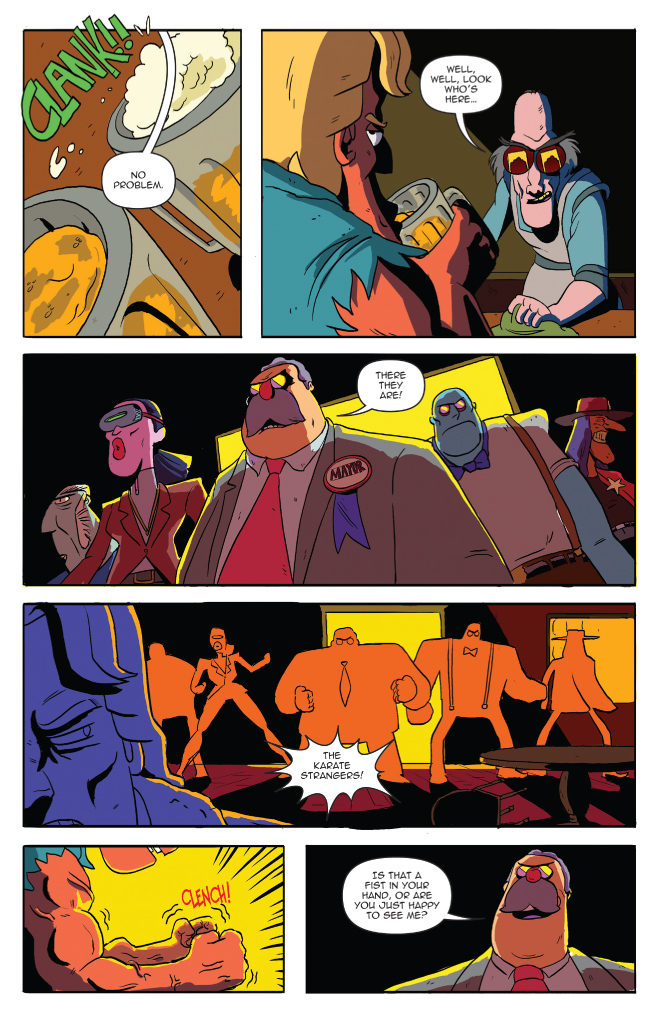 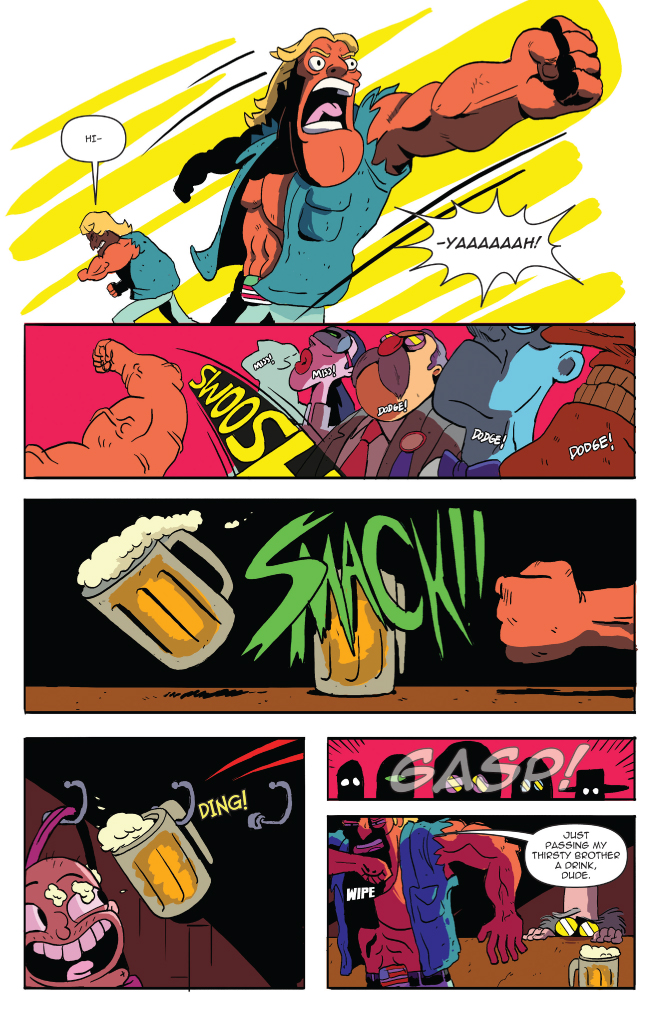 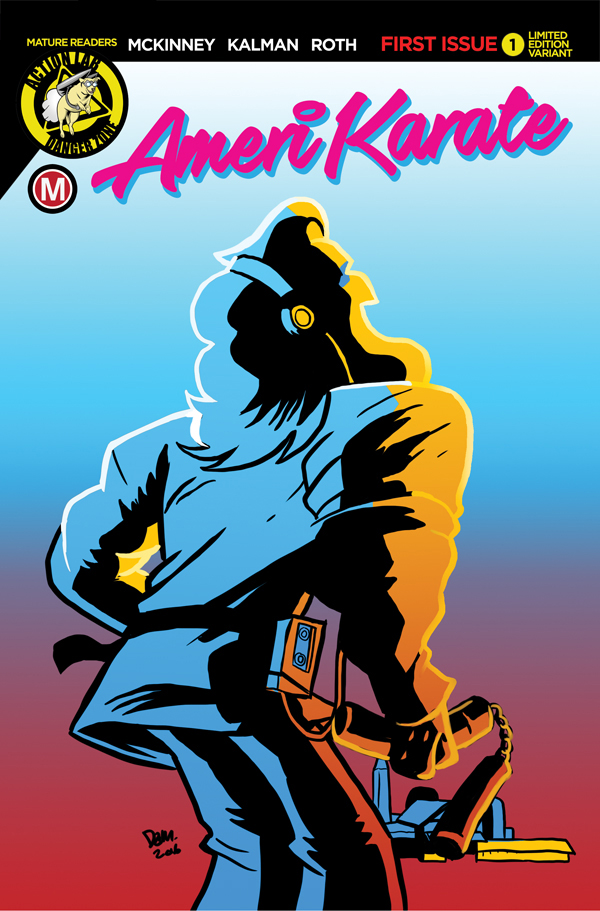 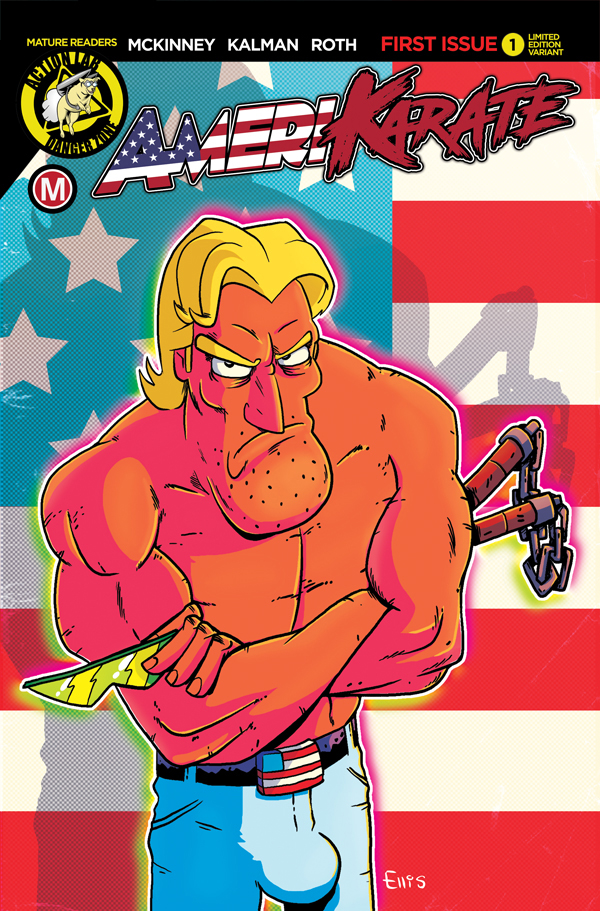 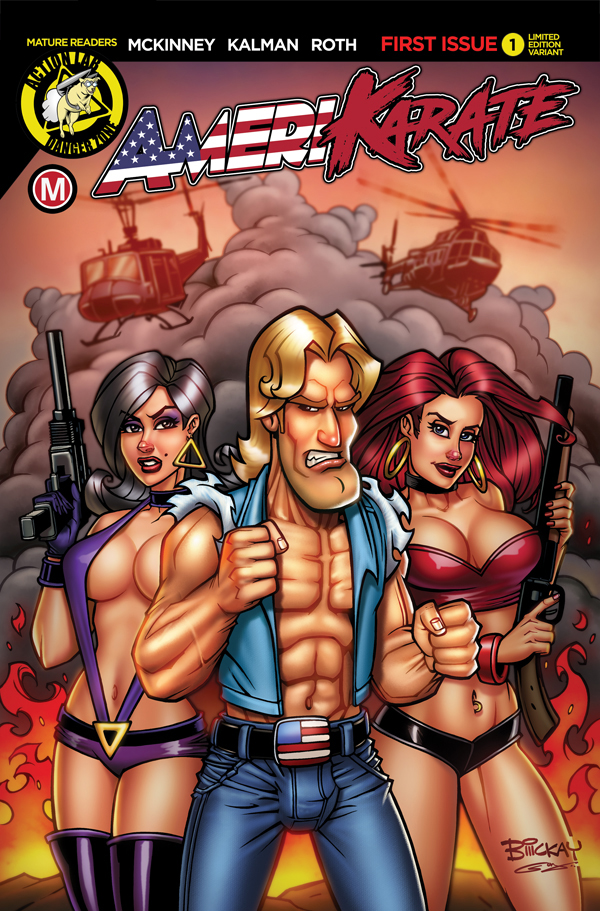 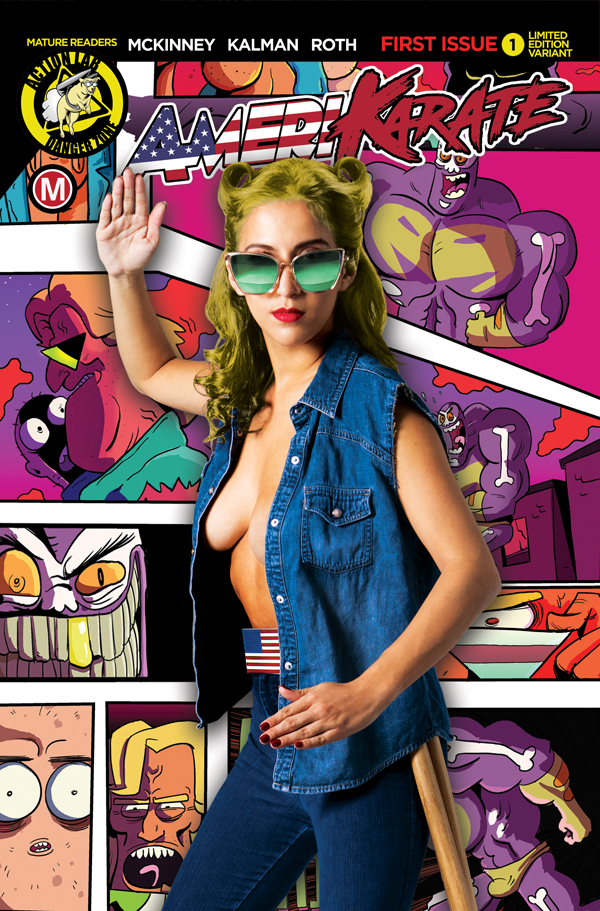