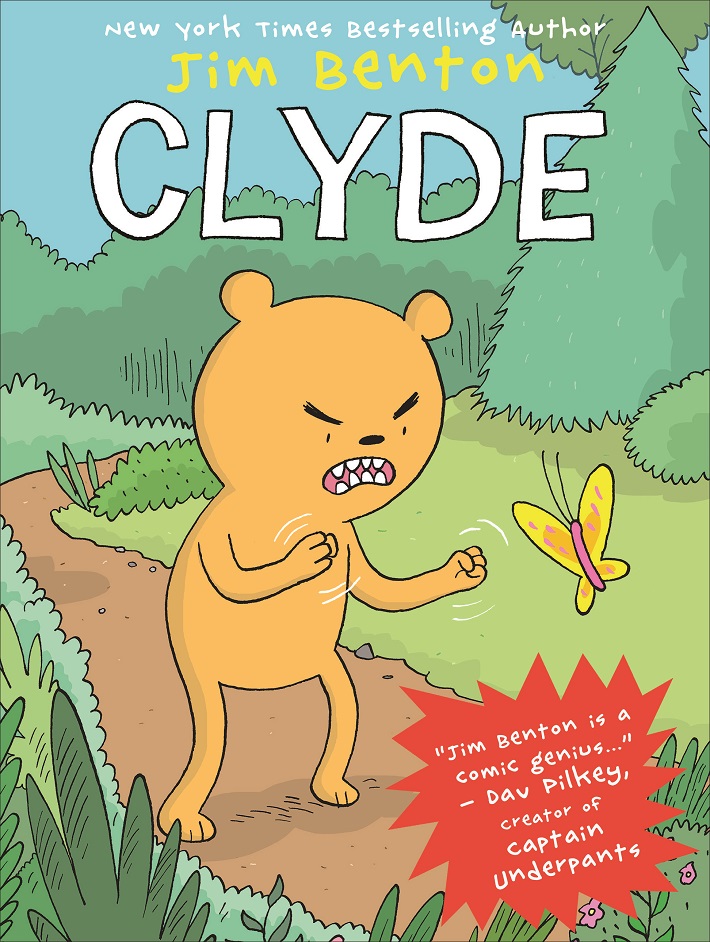 The hilarious and heartwarming story of a mischievous bear who believes that happiness can be found over on the rough side of town, Clyde reaffirms that there’s still room for family, friendship, and altruism in even the most rebellious among us.

“We all have sketchy things in our past. It’s a riot to write about a character whose sketchy past is his present!” says Jim Benton.

When Clyde the Bear decides to ditch his safe and peaceful life in Cubville and head off for the mean streets of Grizzly City, he learns – with the help of a reformed juvenile delinquent butterfly – that the Bad Life isn’t always so great, and there’s something to be said for helping your friends and family (even though that really does kind of stink a little).

What People Are Saying About Jim Benton:

“Jim Benton is a comic genius and a brilliant cartoonist. ” – Dav Pilkey, Creator of Captain Underpants (in a quote attributed especially to Clyde)
“Mr. Benton’s intellectual properties… have made him stand out in an industry dominated by big entertainment companies. ” – The Wall Street Journal
“Humor in print has many forms; what is amazing is that Jim Benton excels in all of them! ” – Sergio Aragonés, Creator of Groo the Wanderer
“Forget that he’s a brilliant, funny, bestselling author – I’m publishing the incredible Clyde because, like countless other kids, my own are hugely rabid Jim Benton fans!” – Craig Yoe, Editor of Yoe Books

Jim Benton’s Clyde is now available for pre-order via online booksellers and comic book specialty retailers, and slated for release in February.