Carnage’s first full appearance in Amazing Spider-Man #361 is in a decline. How much of a decline has been posted and is there any good news on this popular book? In this comic book market we have seen the “rising tide, lift all boats” across the comic book spectrum. Whether it is Silver, Bronze, Copper, or Modern Age, comics have typically risen substantially during this pandemic time frame.  Even before the pandemic, we had seen consistent price rises that led us to ponder “will it ever pause or slow down?” Of the five sellers on the West Coast that I monitor, at least three have seen a significant slow down this summer. This makes sense as people are finally stumbling out of their viral bomb shelters.

One such book that has been impacted has a major movie due out in September with the first full appearance of the calamitous Carnage. Carnage’s first full appearance was in Amazing Spider-Man #361, and sadly fellow Spidey fans this book is in decline. Say it isn’t so! What can I say, it looks like a complete “Carnage” (ahem). Currently, across the board, it has fallen in popularity, trend return, and efficacy as short-term speculation.  What is the cause of Carnage’s slaughter?

At this point, a mere, month-plus away from the premiere Venom 2 anything Venom and Carnage should be blasting off into space. It appears (Venom 2) is to be another solid venture and profitable movie. So why hasn’t Amazing Spider-Man #361 participated? Well, I think the easy answer is that it has participated in the initial run-up last summer.  Now, folks seem to be taking profits and perhaps the nearness of the premiere is hurting prices.  Quite possibly, Venom 2 is going to wow audiences and we might even see an uptick in ASM #361 post-premiere. Though, I would not bet on that being the outcome. 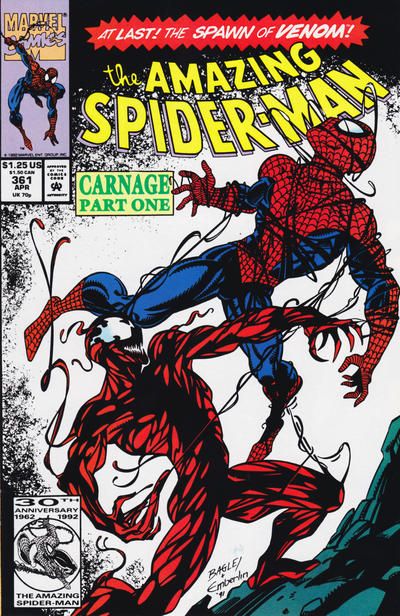 This comic book is the first appearance of Carnage (the spawn of Venom). It was written by David Michelinie with pencils and inks by Mark Bagley and Randy Emberlin in 1992.

“Blood runs in the streets as a serial killer roams New York City! And as the web-slinger investigates the murders, he notices a very disturbing similarity to another killer’s modus operandi!

In a burned-out building in Brooklyn, the spectacular one comes face-to-face with his new homicidal foe…Carnage! Can the wall-crawler end Cletus Kasady’s rampage in their very first encounter? (Source: MyCmicShp) 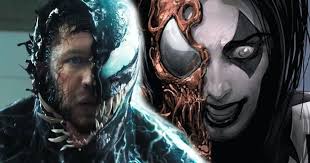 The true “Carnage” here is to the speculators playing this book right up to the movie due out in September, what a mauling! Down as much as negative -29% in some grades. Ouch, this comic book “Carnage” is painful to watch. We are going into August and perhaps as people return from their pandemic vacations we will see a return to this huge ASM key. Though, my Spidey-Sense is tugging at me to unload this comic book before it possibly goes lower after the movie premiere.

Track all the sales of the books you love and time your next buy PERFECTLY.
Upgrade to Premium!

Spidey 361 is a long term hold and will ripen nicely over the coming years. This is only speccy fatigue . Dont forget the 2nd print 2 to 3000 print run? Give it 5 to 10 years to be a big player.

Nice pick on the 2nd print idea, I agree. Thanks Nam

Thanks Norman, I have to ask myself, how many collectors are there that are actively spending $1200 on a comic right now?

If there were only 5,000 actively buying collectors/investors in the market, and they all had to have one copy, that still leaves an extra 127 available, hypothetically. We really need that 5,128th person to create that legit demand or some hype. Some people have multiple copies, (I do and my father does also). Carnage is cool enough to pull it off. Hopefully these great movies along with Wall Street investments (including the CGC acquisition) will increase the number of folks and layers to the comic game and keep the comic market hot!

I am noticing a ton more international action with comics. Blackstone ticker (BX) is one heck of an investment company, if they own CGC look for huge growth going forward. Thanks for reading…Nam

9.8 CGC Newsstand versions were selling for $2k, but now down to below $1k. Ouch. Shoulda sold mine.

It is hard to time, especially for a solid key character. “Keep swinging” as my little league coach used to say! Nam

In this media age where movies and tv series are pre-predicting the next possible hot character and scenario I dont think this is a bad thing. Yes non comic readers are grabbing what they can to resell because of it but it also gives recognition for characters no one has been interested in and will serve well long term for the next generation of collectors and investers as they will know these names. Much like Miles Morales your commentators say hold or keep his keys or sell when the movie appears. Short term a possible disaster because of the quantity suddenly appearing on the market. But middle to long term perhaps 3 years plus the next generation will be looking for these comics. So more demand with price increases. For us only a win situation. This applies to Carnage and many more. Peacemaker may be big down the line due to more awareness. We start with the frantic money grab then after movie release it always calms down and the bulid up begins again for the next generation for middle term and onwards. The advice is always the same sell if you need the bucks or hold to mature hopefully. Another plus point, holding will enable people to build collections.