Certain items fall out of favor from time to time. What comic books have fallen from the Bronze Age Top 100 in recent weeks? Will these books ever return to value and popularity? What returns have they garnered after this illustrious fall? Let’s discuss Doctor Strange #1 & Iron Man #55. The Bronze Age is roughly 16% of the entire comic book market. This includes the Platinum Age all the way through to recent comic books.  This narrow market still covers a vast expanse of books from 1970 thru to the creation of the Secret Wars #1 in 1984. It is also when techniques for saving comics from the ravages of time started to show up on the scene in greater numbers.

There was so much creative effort in pop culture during this timeframe. We are still living with some of these classics today; for instance, the Alien franchise. Much like the Xenomorphs, 1970s pop is unkillable. But what makes some things fall out of favor while others thrive? 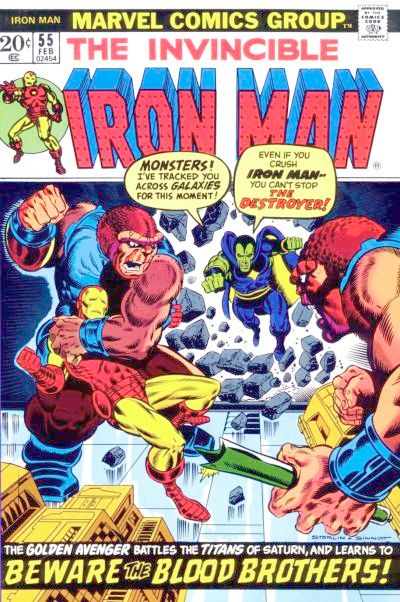 This comic is a huge key to the Bronze Age.  First, it represents Thanos and his first appearance. Second, it has Drax the Destroyer’s first appearance (and a character still beloved today in the Guardians movies). Finally, this book has three more first appearances: Starfox, Kronos, and the first Mentor.

Essentially, buying this one key gets you five keys of ownership.  Besides who wouldn’t want to own the top villain in all of Marvel to date? 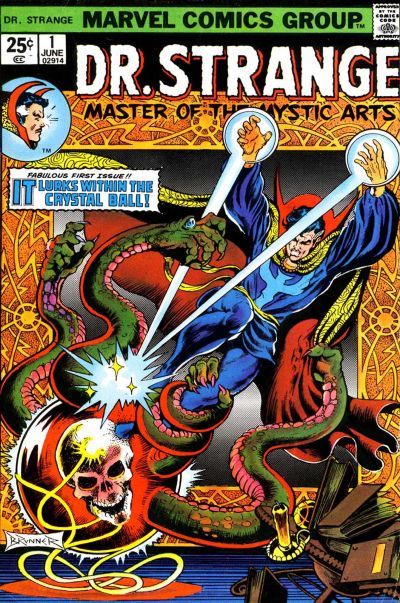 This comic book was created in 1974 by Frank Brunner and Steve Englehart. Also, kindly note that Dick Giordano was on this inking team. Personally, I love all of Brunner’s covers. They are emblematic of the time and full of fun detail some of the best covers of the Bronze Age.

Both of these comics are close to falling out of the BA TOP 200 bracket. Iron Man #55 is a big multi-key but is more of a long-term investment collectible. The return trends seem to support a further slide down the shute of price point doom. What does this trend decline mean in terms of real dollars?

Of the two books, I believe Doctor Strange #1 (2nd series) has short-term investment advantages. Though it has fallen from $450 to $288 in five days! Holy Vishanti! The news does not get better up and down the spectrum of grades. That said, buying something at a 36% discount to max value has a certain appeal. In Wall Street gibberish, they call that trying to “catch a falling knife.” Whether or not the analogy is apt, it is something to put in the ole noodle and consider.  What is the likelihood this comic book will continue to spiral down in price? Will it turn around before the next movie?

In my opinion, Doctor Strange #1 has value in the future to be sure, and is well worth the risk.  We still have Multiverse of Madness coming out sometime next year. This movie has Sam Rami directing.  He is the master of the POV (point of view) camera angle. It will be a POV extravaganza!

Those unfamiliar with Rami check out Army of Darkness, a horror-comedy he did that is just pure fun.  Don’t forget to “give me a little sugar” on Facebook if you watch any of his movies. Horror and mysticism were big in the 70s. Though the Bronze Age only constitutes 16% of the overall market, its reach will be felt for decades to come.

Are you a GoCollect PRO yet?

First Look at SOMETHING IS KILLING THE CHILDREN #20 from BOOM! Studios