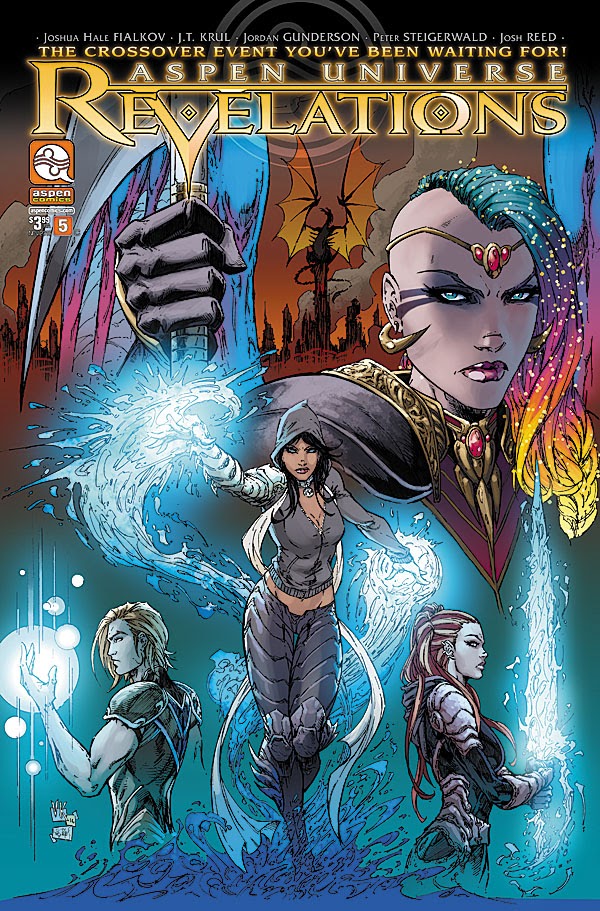 The kind folks at Aspen Comics have supplied ComicList with their solicitations for comics and other products featured in the September 2016 Previews, scheduled to ship starting November 2016.

Lola barely scrapes by with her life after the attack by the Legion of Suits, on the city of Artemis. Now she has to take care of a young boy, Isaac, whom she barely knows, and take him home safely. However, the mystery of where Isaac is from is putting Lola’s life and everyone she loves in danger!

Worlds at War. Fates to unfold…

It’s the epic conclusion of the Aspen Comics event more than a decade in the making! Aspen and Malikai must make the ultimate sacrifice if there is to be any chance for tomorrow to come. But, even if they’re successful and a new dawn rises– what world will remain!?!

Are Modern Comic Books Worth Collecting?

Key Comics to Collect Before The Snake Eyes...

Which Villains Will Appear in Moon Knight?